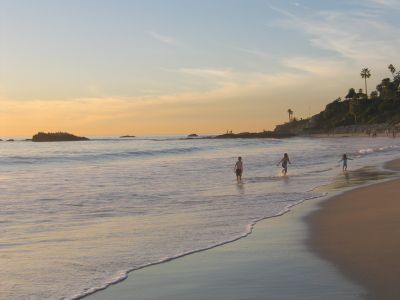 I stopped off at one of my favorite Mexican restaurants last night and as I was by myself, I sat at the bar. There are always interesting people there and last night proved no exception. I met a guy named Syder that works as a lifeguard on beaches in Southern California. He completely sold me on the lifestyle with his explanation of how he got into lifeguarding in the first place:

“There’s a guy in Santa Cruz who trained me to be a lifeguard in 1998. He’s 51. Super fit. Lives in Mexico in the wintertime, dives and bodysurfs every day, then comes back here in the summer.”

Syder’s story was something like that. He lives in Santa Monica, works fall, winter and spring as a carpenter, surfs when he can. He has traveled widely in Mexico, diving and spearfishing. In the weeks ahead, he’s plotting a camping trip in the Sierra, maybe some abalone diving off Sonoma County, in between laying decks and framing French doors.

One could have a worse life…