On the morning of our departure, we had to pay a “environmental fee” to get out of town, but then almost immediately came across the rockslide pictured below…

Now, there is another road out of Bamiyan and it is actually shorter than the road we were on.  However, no one takes the shorter road.  Even Rory Stewart had trouble on that road.  The other road is controlled by bandits and they have no compunction about killing.  Westerners refer to them as Taliban, but along this road they are really just bandits.  The point, however, is that the road we were on was the only way out. 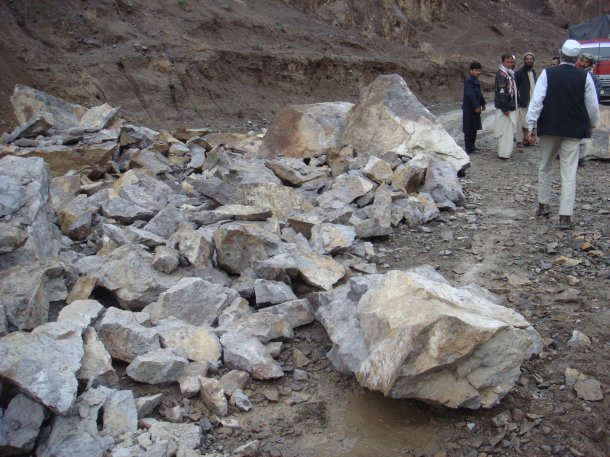 Amongst us and all of the truck drivers that were stuck there as well, there was exactly one hammer.  So, we all took turns having a go with the hammer.  Your dear editor took off quite a large chunk of rock which earned a cheer from the Afghan truck drivers.

Below, you can see one of the drivers having a go with the hammer and a string of trucks stuck behind him.

I took this picture of one of the truck drivers in between us taking turns with the hammer. 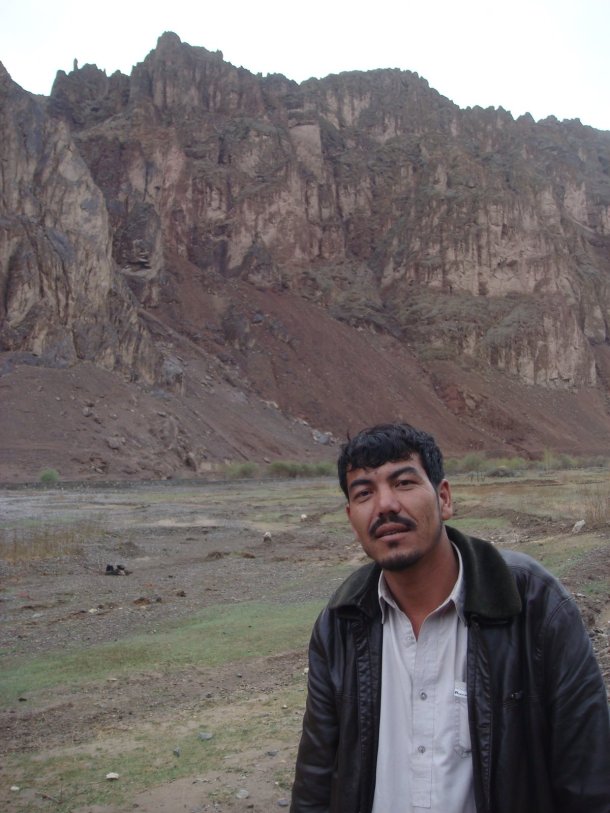 We finally broke the rocks down enough to be able to move them sufficiently for us to be on our way again.

This is a picture taken at the crest of the Hindu Kush mountains that ring Bamiyan.

Again, we stopped at the village we had stopped in on the way to Bamiyan.  I was so sick this time that I just wanted to die.  So, instead of eating, I just wandered around and took pictures. 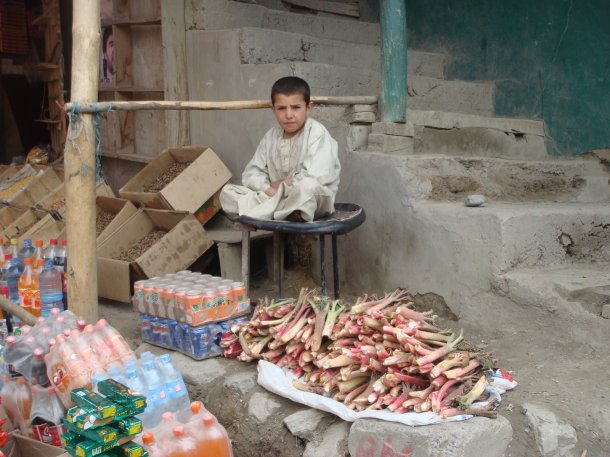 I thought these shots of the village butcher slaughtering a cow and some sheep made for interesting pictures.