This was my costume for Halloween this year. I didn’t intend to look like “Frank” in Donnie Darko when I started out. It just turned out that way, but I was quite pleased with the results.  And chicks loved it.  I got compliments everywhere we went. 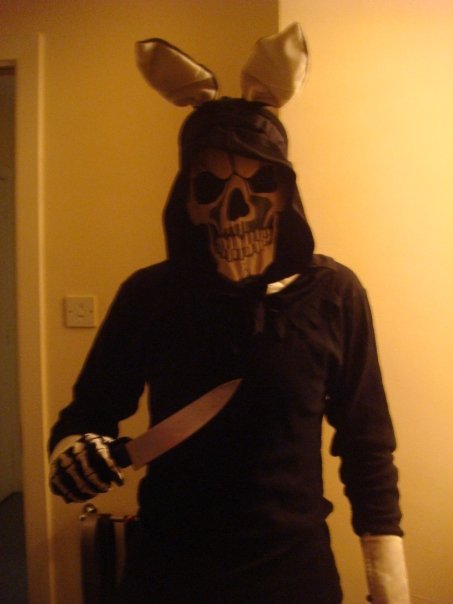 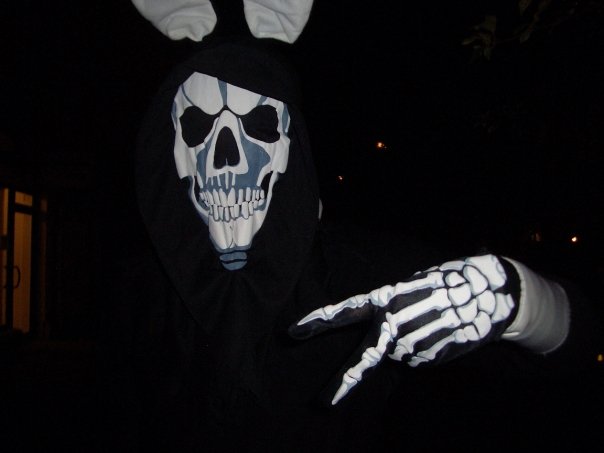 My Halloween started on Thursday with the girls of my flat…

We went to La Favela which is a club across the street from us.  Every so often an alarm would sound and you were supposed to trade a part of your costume with the person next to you.  I ended up with some interesting items.  And Ceris really went for it that night, making me quite proud of her. 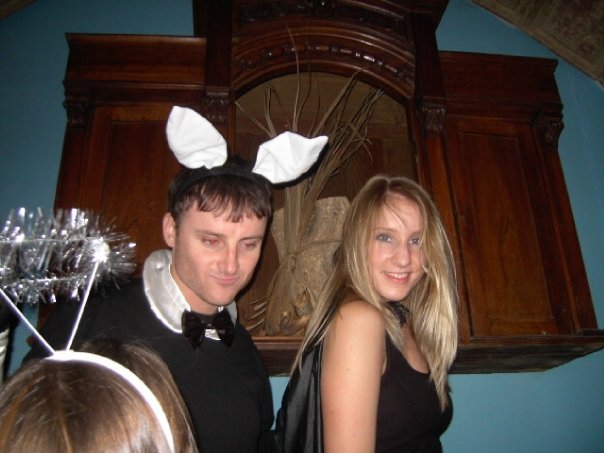 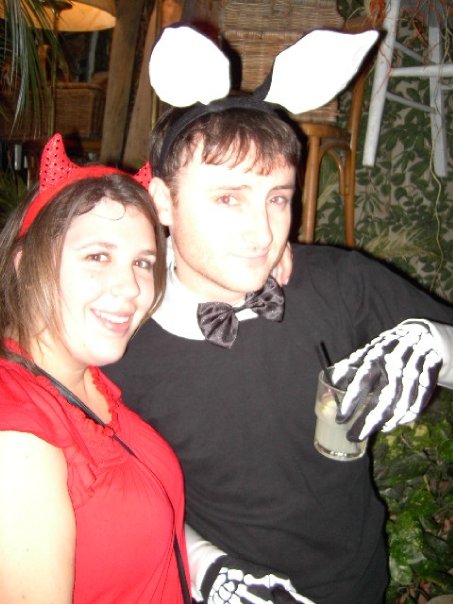 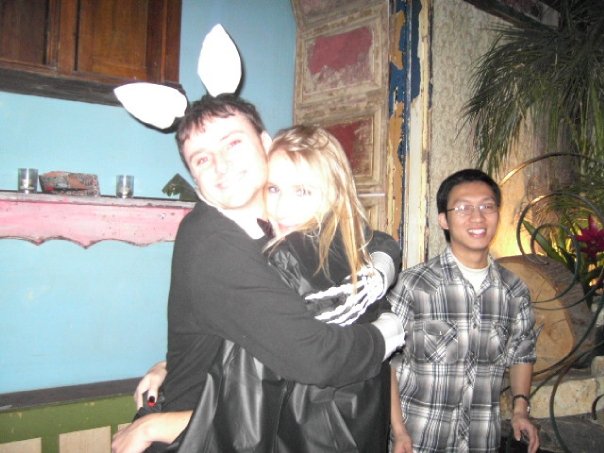 But, it was Friday I was really looking forward to  – with Alice in Wonderland being no small part of that.

Part of the crew getting ready to go out exploring: Ceris bitched out by saying she was too hungover from the night before. I really took the piss out of her for that one, but the reality of the situation is that she earned a night off given her performance on Thursday.  Of course, I would never tell her that.

Alice and The White Rabbit

More costumes and characters from our group that night: 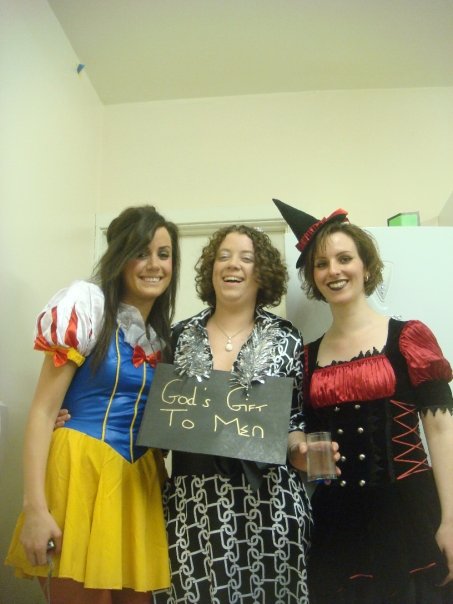 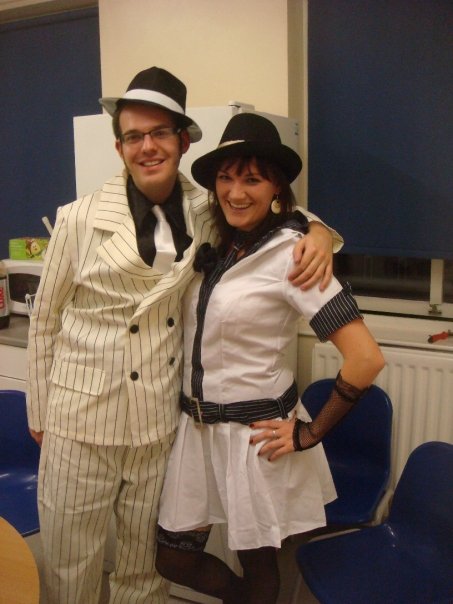 There’s something hot about this…  A scene of vampire chicks with lesbian undertones. 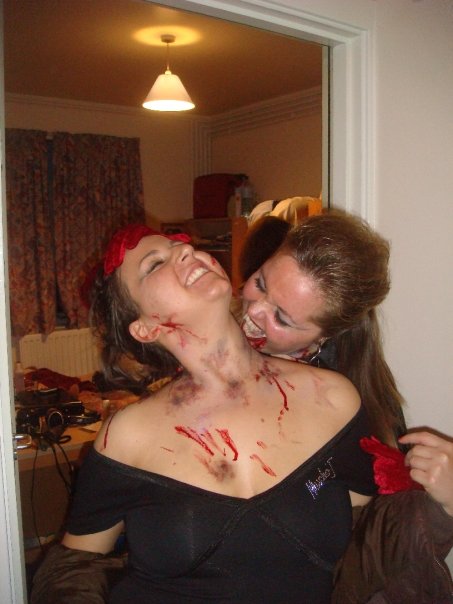 Absinthe was illegal in the United States until very recently.  As such, I had never tried it before.  Here I am correcting that situation. 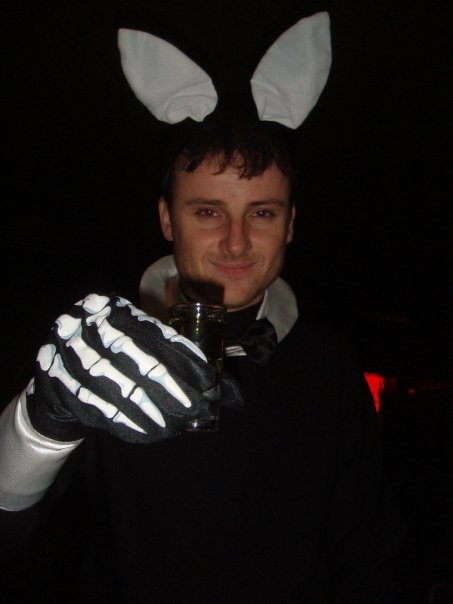 And here I am reacting to my first absinthe experience.  It’s awful.  Almost as awful as Drambuie.  Not quite, but almost.  In my defense, the girls told me later that I had been given the strongest and most vile form of absinthe in existence which made me feel slightly better.  Apparently, even though it is technically legal in the United Kingdom, there is a limit to how much one can be served. 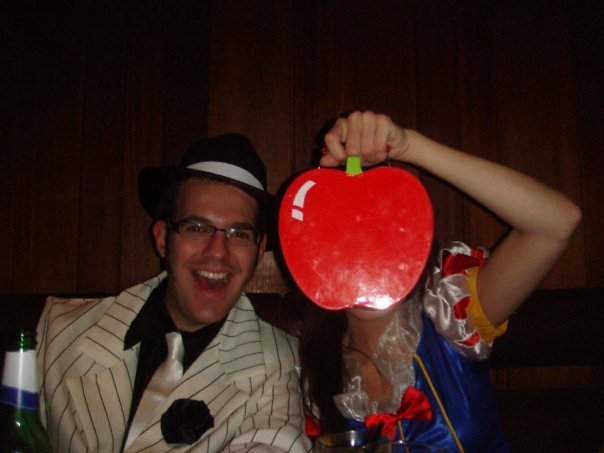 With differing priorities, our group started to splinter as the night progressed.  I ended up at the Hoxton Pony with my Italian translator where, coincidentally, the theme of the night was Alice In Blood Stained Stockings.  So, we were a popular couple with the club photographers. 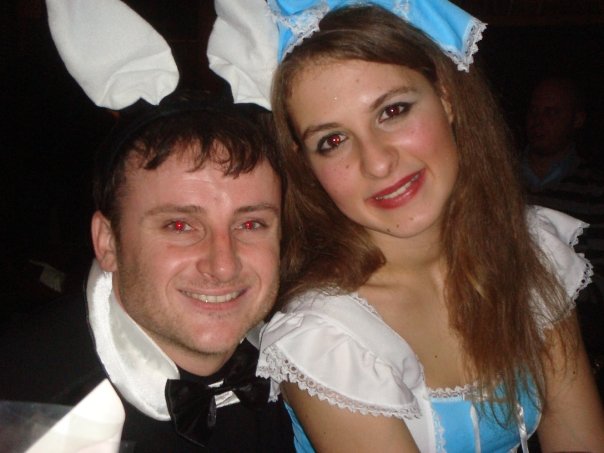 And this is the best Halloween “treat” I’ve ever ended the night with.  My normal Halloween experience as a child was to go to bed doubled over as waves of candy-binge-induced nausea swept through me.  I can definitely say that I prefer the adult version of Halloween. 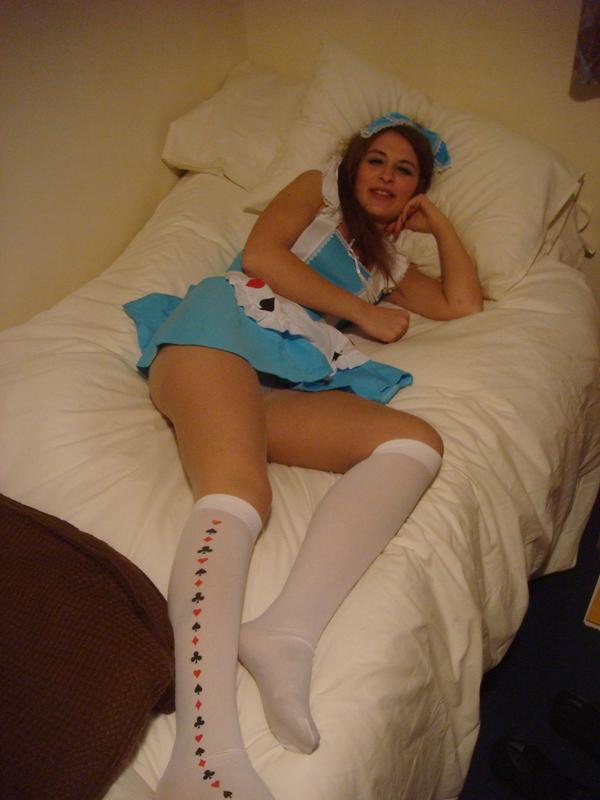 One thought on “My Favorite Halloween (or Reach Out)…”