The focus here is on Amun – King of the gods and god of the wind – and the temple which was constructed in his honor in the ancient city of Naqa.

After approaching the Temple of Amun on a ramp from the west, one passes through a gallery of ram statues placed on plinths which is followed by the so-called “kiosk”, a kind of way-station before the main gateway to the temple.

After this, a second ram gallery leads to the main gate of the temple building. Supposedly, statuettes of a former King of Kush, Natakamani (who founded this temple sometime between 50 BC and 50 AD with his co-regent Queen Amanitore), stood between the forelegs of some of the rams but all of these have been broken off and seem lost in the past.

The colonnade of rams similar to the Temple of Amun at Jebel Barkal and Karnak: 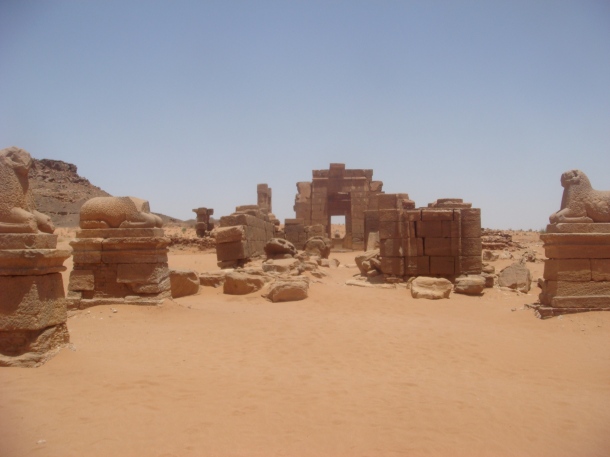 A closeup of one of the rams: 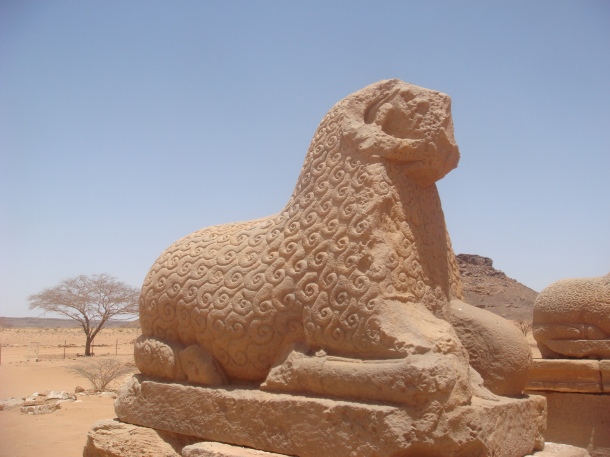 Inside the Temple of Amun: 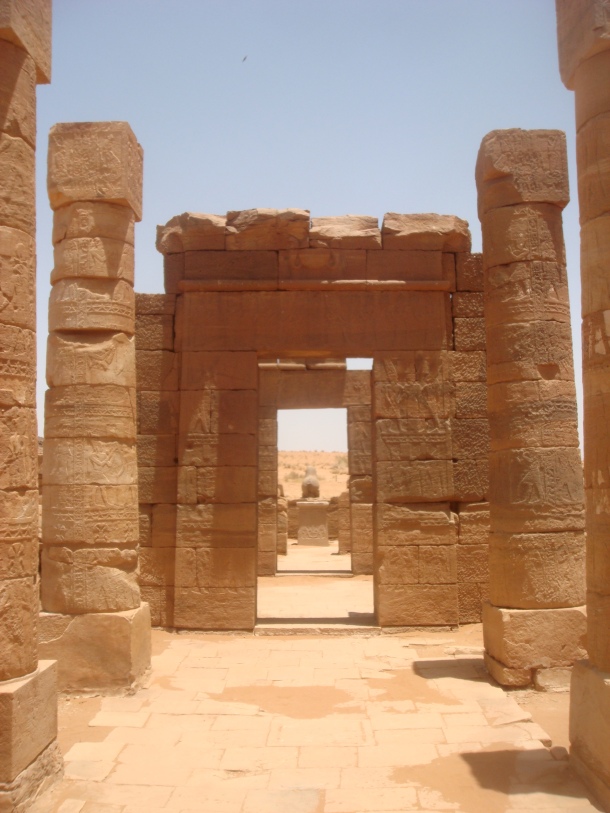 One can clearly see the head of a ram on the figure on the right: 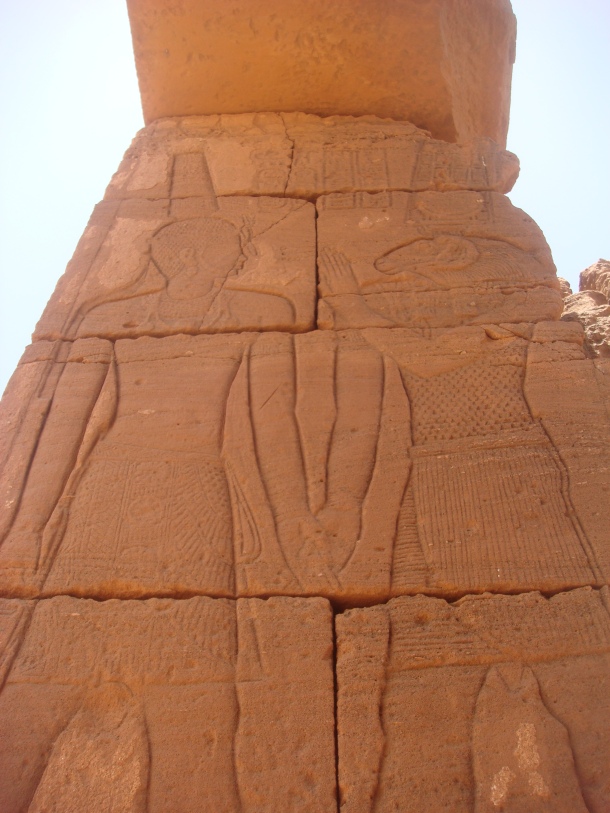 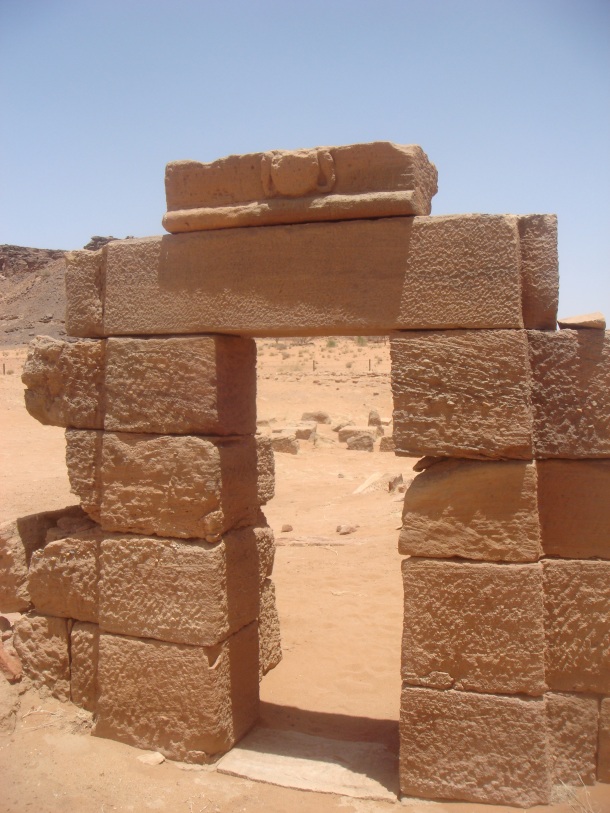 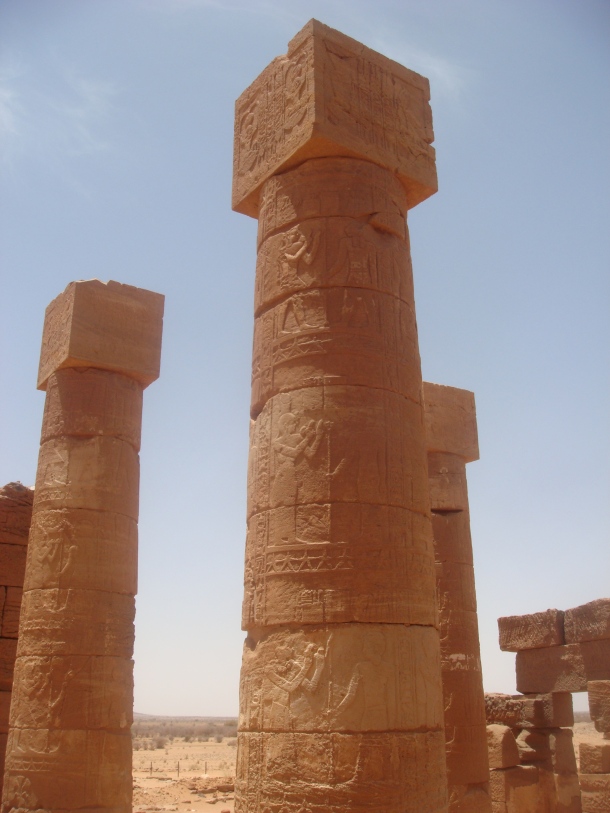 It may be difficult to imagine, but the temple used to be painted white – increasing its visibility in the city: 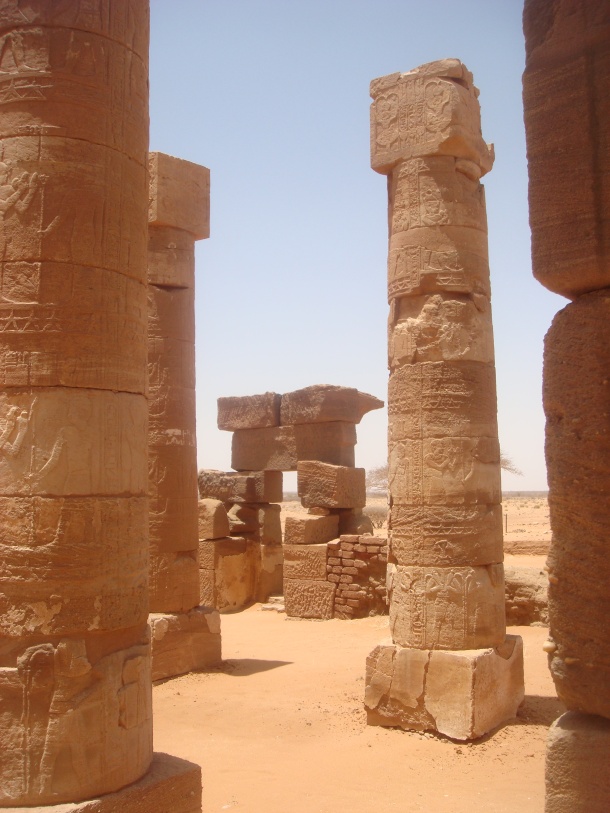 Of interest, and right next to the Temple of Amun, is this busy nomadic watering hole: 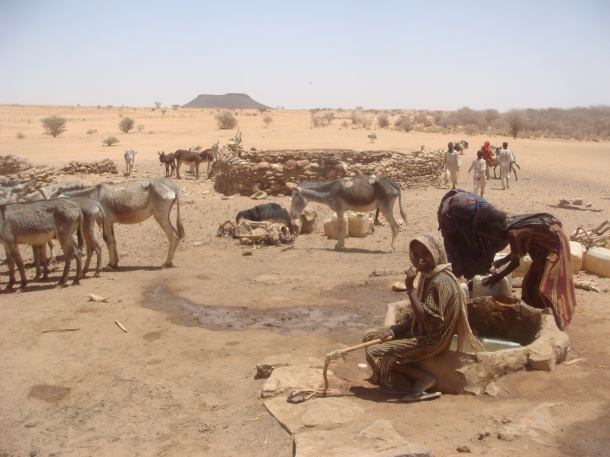 Plastic jugs waiting to be filled… Some of the nomads come from days away and have to stock up on a lot of water:

These men are helping draw the water out of the well: 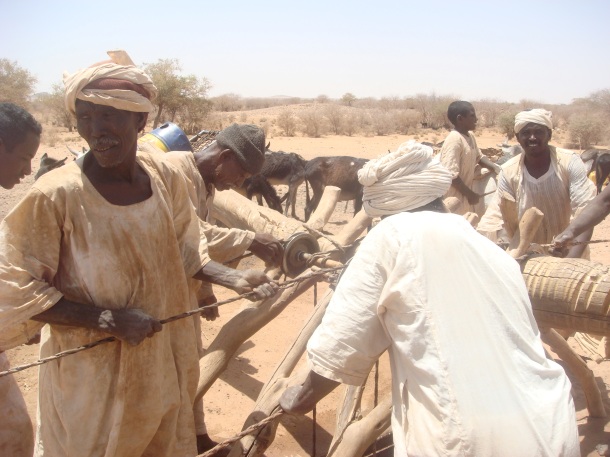 The water is 85 meters down:

Since water is heavy and is so far down in this instance, these donkeys are used to draw it out: 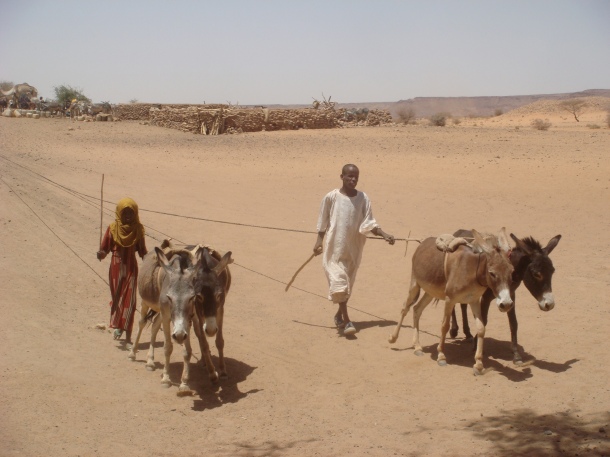 The donkeys walk to the end of the rope to pull the water out and then return to the well to lower the buckets back down – it’s a continuous circle:

These canvas “buckets” are what the water is drawn up with and then deposited in these rock-lined holes for the animals to drink from: 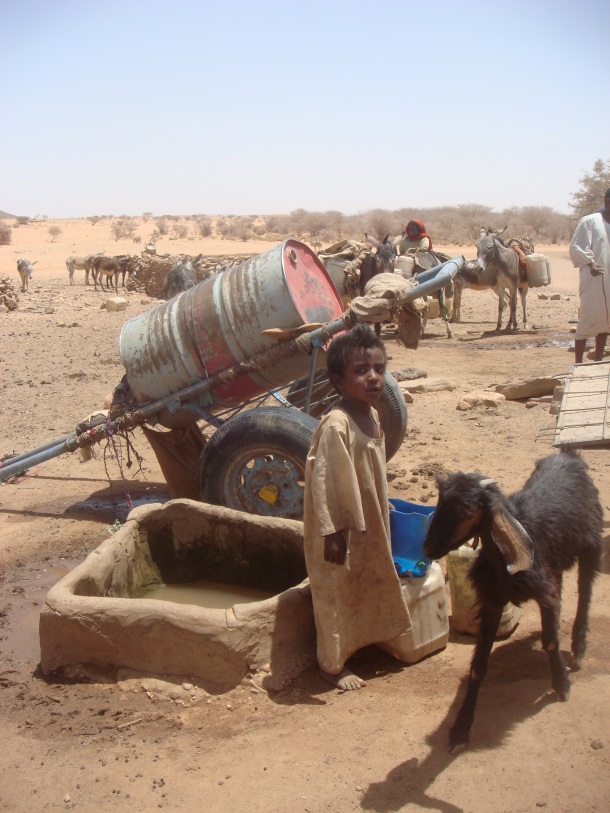 Goats, sheep and donkeys waiting for water in the shade: