One of the famous traffic girls of North Korea: 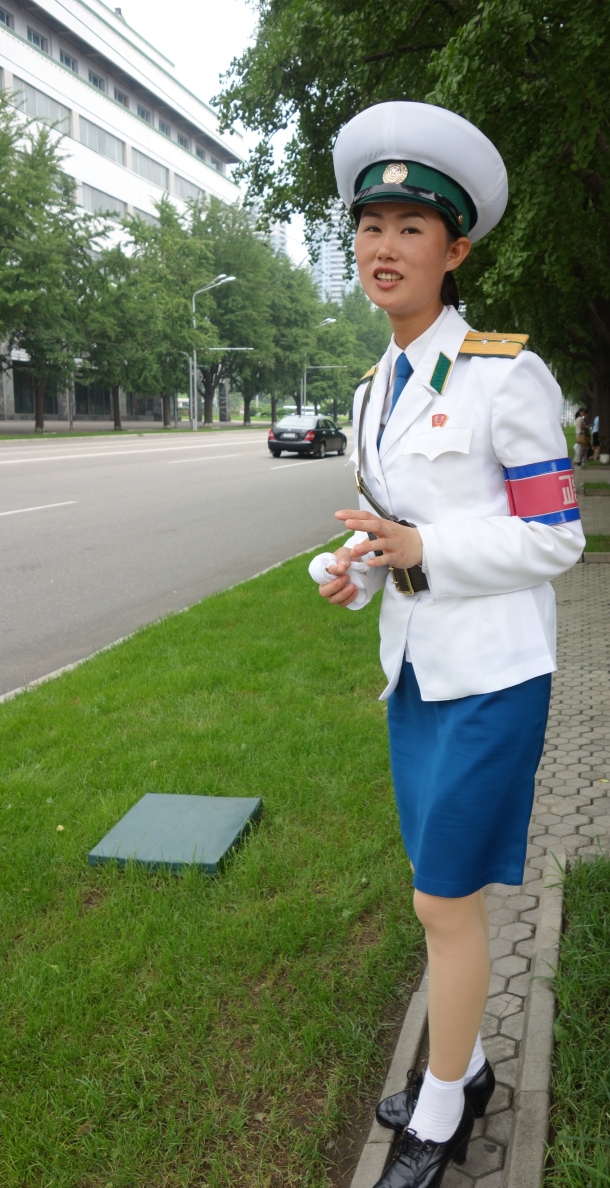 Although they are primarily associated with Pyongyang, they actually have traffic police in other cities across North Korea. However, it is in Pyongyang that the traffic girls are truly an institution (and a fine one at that).

The “traffic girl” is a popular image in North Korea and can be found on postage stamps, propaganda posters, billboards and more. One can even purchase traffic girl dolls (which is a purchase that I regret not making).

Yes, there are actually a few stoplights in Pyongyang now, which does somewhat reduce the need for the traffic girls. But how can a silly stoplight compare to a traffic girl?

The traffic girls customarily give a crisp salute to military and government officials: 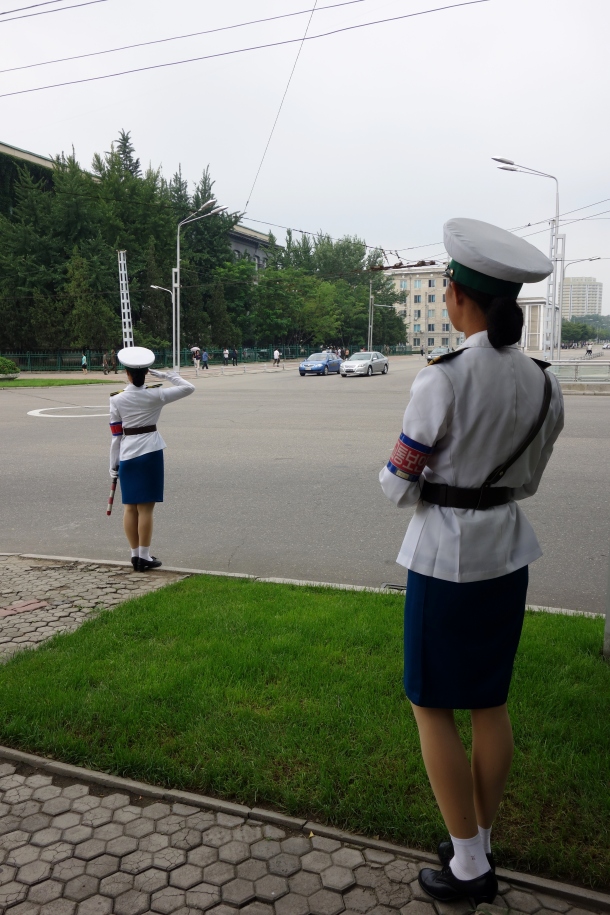 Our group developed a game to play with the traffic girls that awarded points based on the reactions we could elicit from them. If we could get them to smile, that was worth one point. A wave was worth five points and a salute was worth ten points. I’m proud to say that a salute was successfully elicited…

A traffic girl gliding out to her circle to direct traffic (with a nice propaganda billboard in the background): 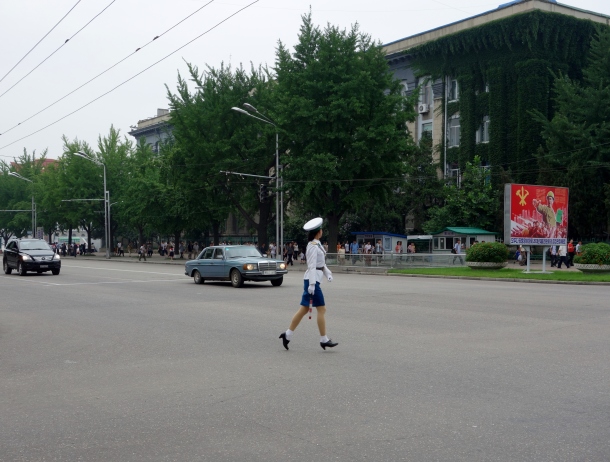 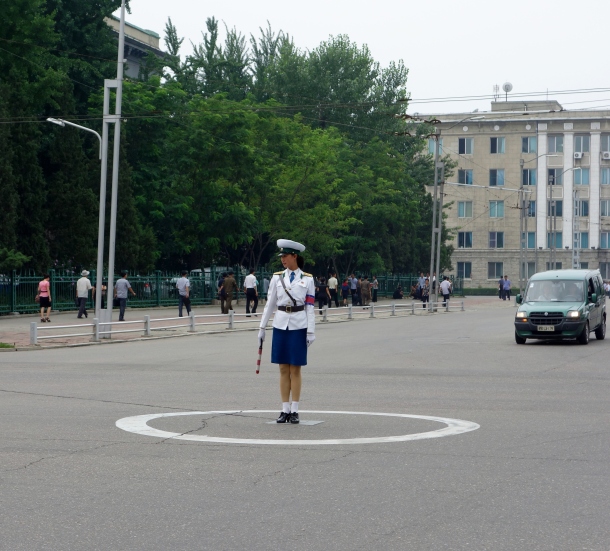 This interesting vehicle is just one example, but think of the things the traffic girls must have seen over the years: 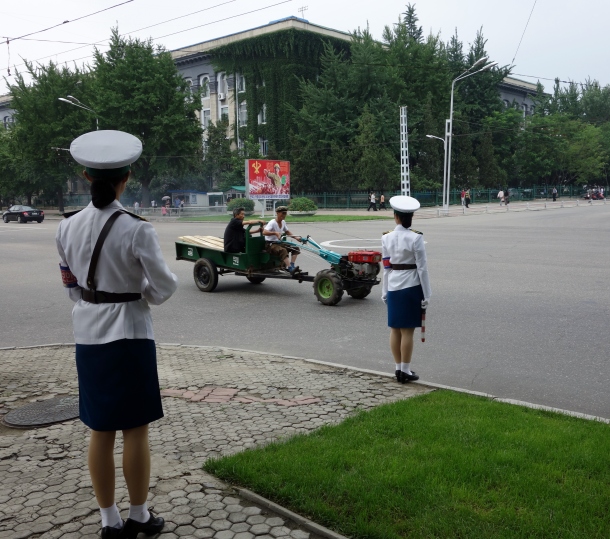 The video below shows a traffic girl in action… You can see her snapping off salutes and whipping around to cover all four directions of traffic:

Given how close some of the vehicles get to her and given the liberal consumption of soju inside North Korea, one does wonder how often the girls are struck by passing traffic.

I should mention that although the “traffic” in the video is light by the standards of the rest of the world, this would be considered heavy traffic by Pyongyang standards. And as soon as one leaves Pyongyang, the “traffic” evaporates and the highways and roads across the rest of the country are absolutely deserted. This is true even in the larger cities such as Nampho.

5 thoughts on “The Traffic Girls Of North Korea”