Our glider being towed into the sky from Truckee Tahoe Airport… The pilot of the glider is Greg Peairs – a former Top Gun pilot and instructor: 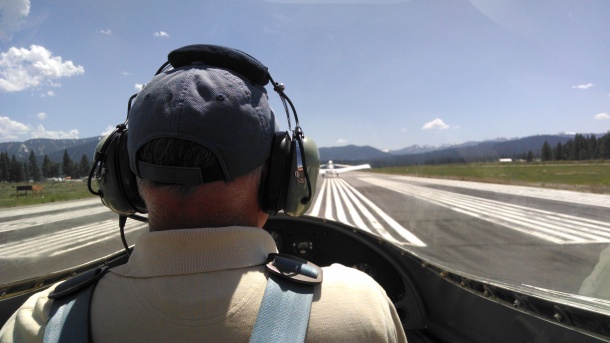 A tow plane pulls the glider aloft and carries it up several thousand feet before, with a loud “thunk”, the tow rope is dropped from the glider and she is set free. When following behind the plane, the ride in the glider is more bumpy given the wake vortex created by the plane’s wings, but also by the flexing and contracting of the tow rope and being a prisoner to the movement of the plane. However, once unencumbered by the tow plane, the glider soars smoothly.

Once free of the tow plane, our pilot pushed the glider into twisting circles over one of the powerful thermals blasting up off of the Sierra Nevada below in order to gain more altitude. The twisting circles made my Italian interpreter nauseous, but the movement is the same as that of the hawks and vultures one sees casually circling without once flapping their wings. They’re riding thermals when they do that.

A view of Truckee and surrounding environs from the glider: 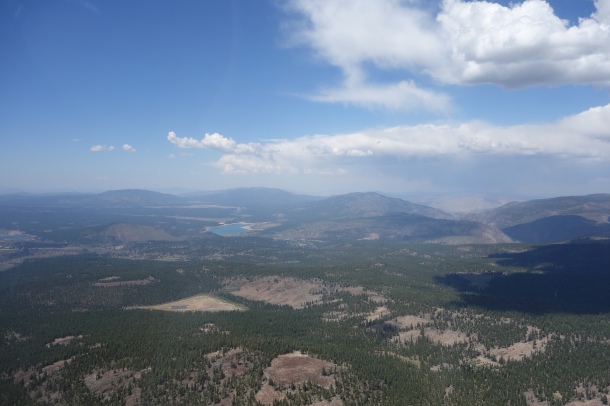 The only sound in the glider is the wind rushing past.

Surrounded by a glass canopy on three sides, the views are extraordinary… The twists and turns of the glider make taking clear, crisp pictures difficult, but trust me on the views: 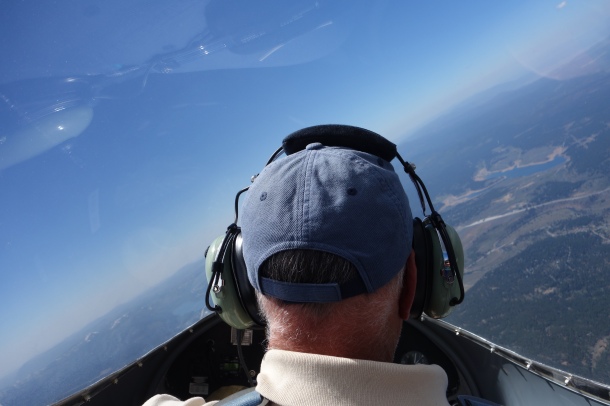 A view of the controls as we drop toward a ski resort off of the nose of the glider: 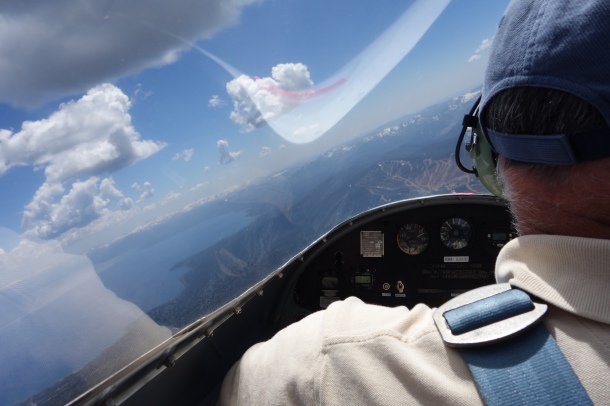 A view of Lake Tahoe over the wing of the glider: 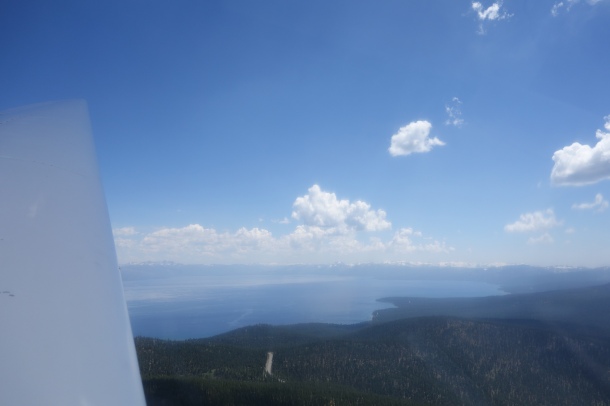 Another view of Lake Tahoe with Greg Peairs breaking things down for us: 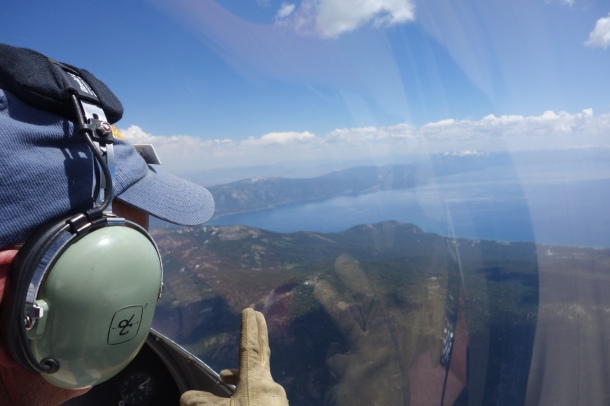 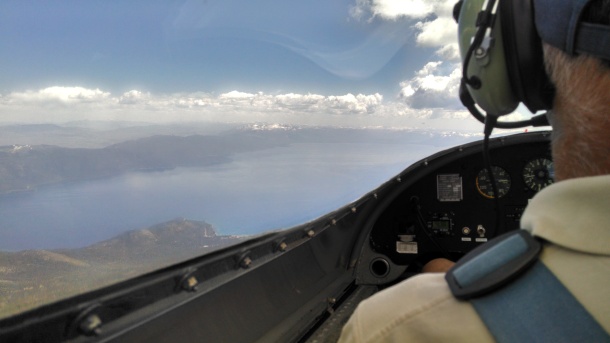 Plunging in for a landing at the Truckee Tahoe Airport:

Pilot Greg Peairs next to the glider we flew in: 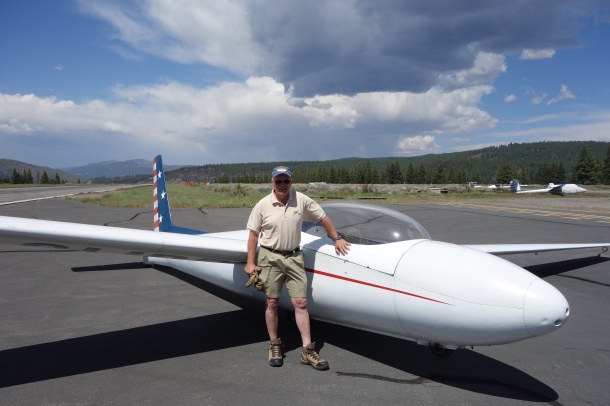 And this is what the instrument panel on the glider looks like: 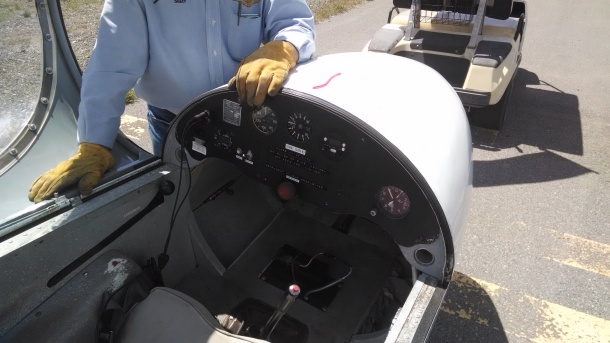 I haven’t looked it up, but the staff at Soar Truckee told us that just recently a gliding distance record in excess of 2,000 miles had been set.

One thought on “Photos of the Day: Gliding Over Lake Tahoe”