As Ramzan Kadyrov and the Kremlin seek to legitimize their control of Chechnya, there is a steady rewriting and glossing over of history underway. One dramtic example of this is found in the strenuous effort to promote Akhmad Kadyrov as the father of modern Chechnya.

As you can see below, the museum complex is an impressive structure… At the base of the spire in the center is an eternal flame: 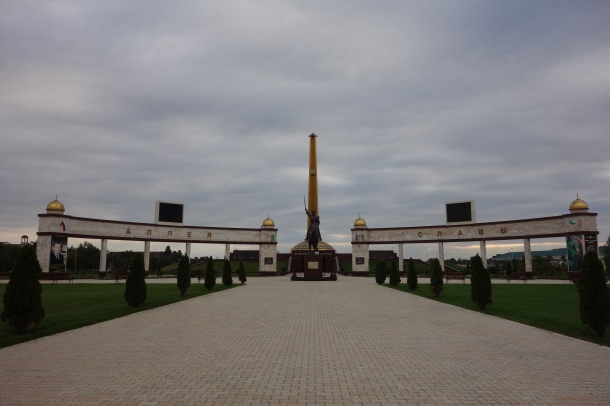 Now, the Kadyrovs have a credibility and popularity problem with the Chechen public at large. So, at the Akhmad Kadyrov Museum, a theme that is more popular with the public- the Russian victory in the Great Patriotic War (World War II) – has been added in the form of a monument to try and boost attendance.

However, this campaign does not appear to be particularly successful as we were the only visitors when we went and, according to one of the guards on the site, this is the norm.

Below, one can see the view from the base of the spire… Recognize that building in the center? That’s the House of Publishing that was just recently destroyed during heavy fighting in Grozny: 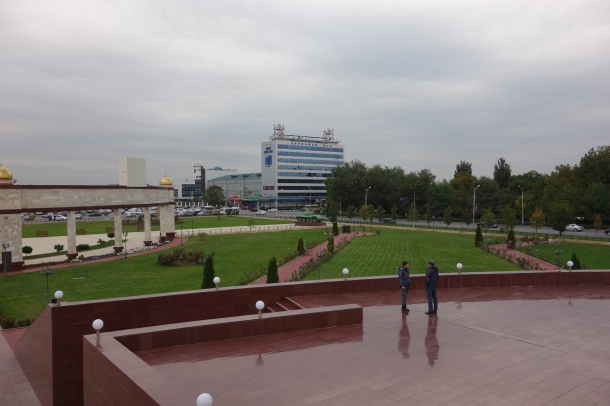 Inside, the museum, which covers two floors, opens up into a massive exhibition hall in which one if left with the impression that every feasible surface has been covered in gold, marble or crystal.

The entrance floor has a small exhibition – at least when we visited – of contemporary paintings, but the real magic is on the lower level. The lower level is essentially a shrine to Akhmad Kadyrov:

In one corner, we see what we were told is an exact recreation of Kadyrov Sr.’s office – complete with the portrait of Putin that he supposedly had hanging in his office:

A separate desk and meeting table inside his office for important cabinet ministers: 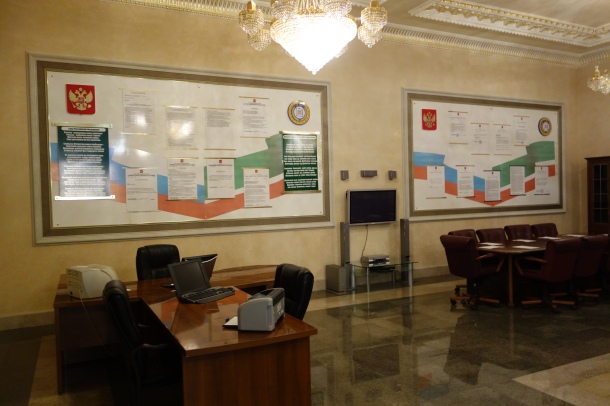 Elsewhere across the exhibition hall are displayed numerous bits of Akhmad Kadyrov, such as some of the clothing he was wearing on the day he died and numerous photographs from his life.

One photograph of him that I found noteworthy was this picture of the explosion that killed him: 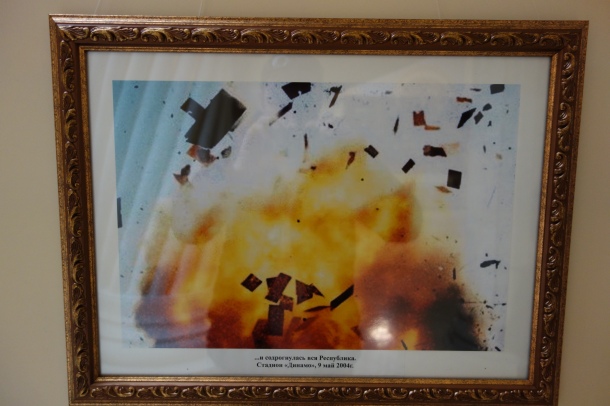 An interesting aspect to this is that no one we met in the North Caucasus (and we met a lot of people) believes that Islamic militants were responsible for the bombing that killed Akhmad Kadyrov (Islamic militants killing him is the official version of events). Instead, it is simply taken for granted that the Russian security forces were responsible for his death as he was presumably not reliable enough for Putin & Co. And, indeed, there is a fair amount of circumstantial evidence to support this scenario. If it is true, that makes the relationship between Ramzan Kadyrov and Vladimir Putin an interesting one. Rather than best buddies as is commonly perceived in the West, it would imply that the relationship is one based more on fear as Ramzan would have little doubt about what Putin is capable of. And regardless of whether any of this is true or not, simply the knowledge that it might be true is likely an ambiguity that Putin enjoys. In other words, Ramzan may have more to fear from Russian security forces than from Islamic militants.

Although the primary focus is on Akhmad Kadyrov, there were some other photographs and displays in the exhibition hall focused on the time the Soviet Union was active in Afghanistan: 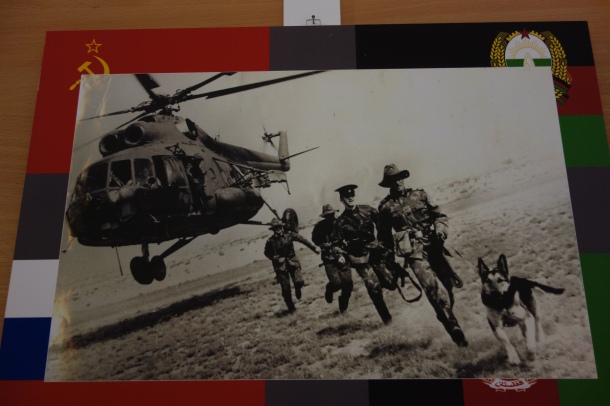 Given my enthusiasm for Afghanistan, I quite enjoyed this small section: 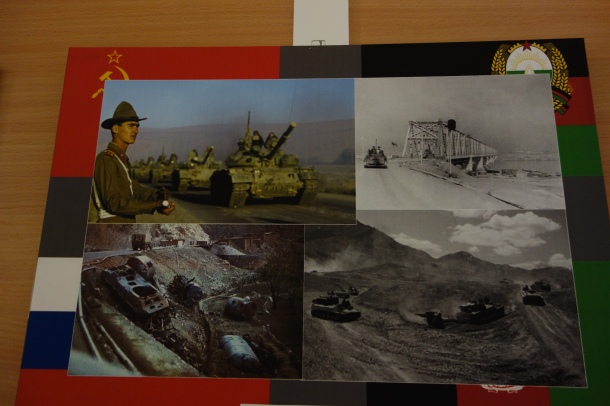 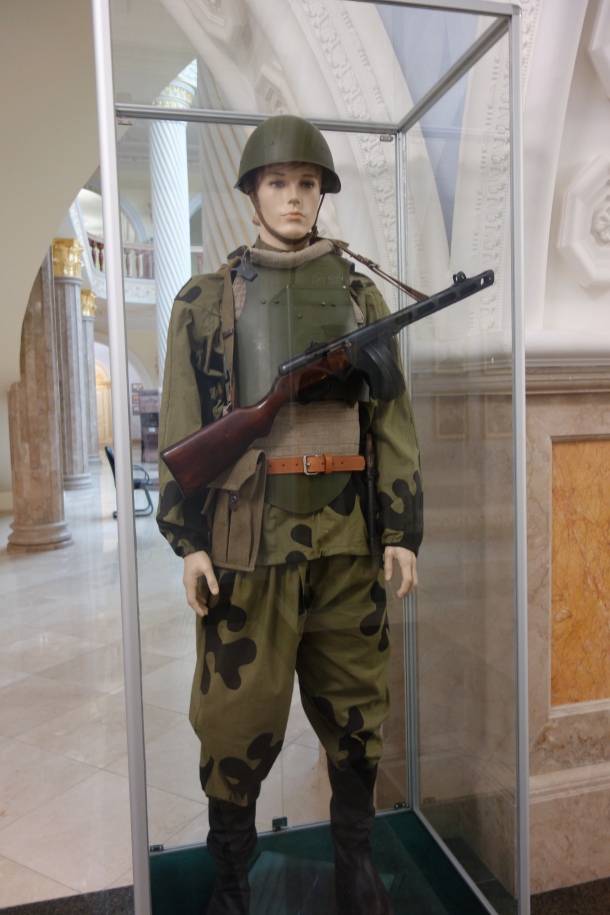 As I was walking through the museum, I was left with a foreboding image, undoubtedly prompted by the scenes of looting we saw with Saddam Hussein’s palaces in Iraq or with Gadaffi’s luxury compound in the center of Tripoli, of a dark future in which this site is being ransacked by triumphant rebel fighters.

2 thoughts on “The Akhmad Kadyrov Museum”