Brest is a grim city. A very Soviet-style city dominated by large industries. 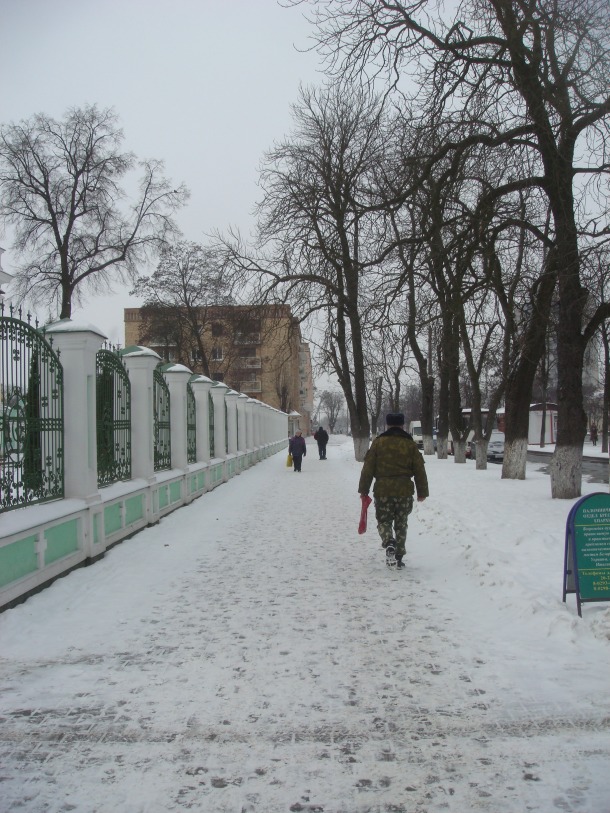 Nevertheless, the people can be good fun. In this pub pictured below a group of guys started chatting to us in passable English. They started with the preliminaries – where we were from, what we were doing there and such. They soon invited us to a “party” where they promised us there would be a lot of men.

Ummm, that’s not our kind of party.

We politely declined, but they were quite persistent. The more we declined, the more they pressed us to accompany them to the party.

We had trouble with the next part given the language barrier, but the conversation certainly took a turn for the worse when they started describing a device used to whip someone with. Its intended use was not clear, but it had something to do with their party.

Ummm, that’s definitely not our kind of party.

The conversation lost its momentum at that point and we resumed talking amongst ourselves. Our antagonists spent some time openly eye-fucking us before departing. But not before imploring us to accompany them to their party one last time.

The two girls behind the bar loved it and were laughing at the situation the whole time (And, no, the group in the foreground is not the group that was sexually harassing us).

We returned to our hotel and soon ended up in the downstairs bar. The company was a lot better this time.

The guy below was an officer in the military of Belarus and spoke English quite well.

We left the next day to return to Minsk.

One thought on “Scenes Of Brest, Belarus”