When the Ottomans arrived in Bosnia-Herzegovina, the sultan immediately ordered a dervish tekija (house/monastery) to be built next to the source of the river Buna – one of the largest water sources in Europe with a flow greater than that at the source of the Danube.

This tekija was built in the 1500s for the dervish cults at the base of a 200-meter sheer cliff face and one is free to explore the elaborate woodwork in its well-preserved, old-style sitting and prayer rooms. 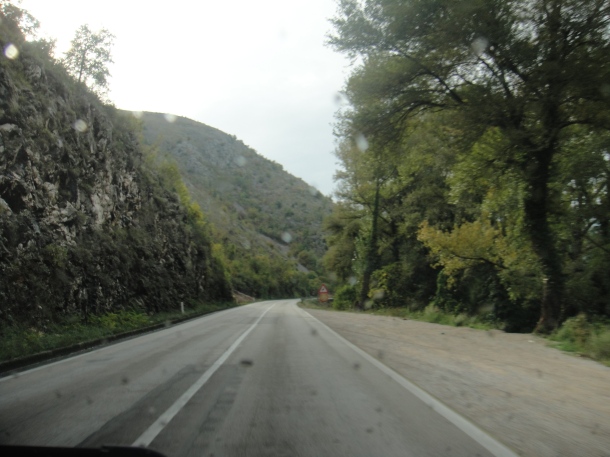 When we arrived near the site of the tekija, we noticed that the Buna River was in full flood: 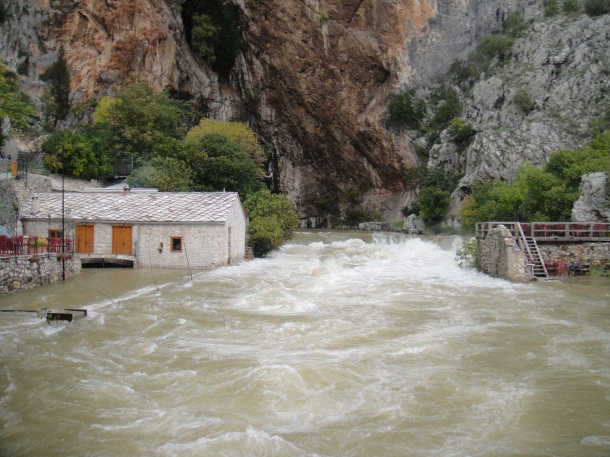 Here is some video I shot: 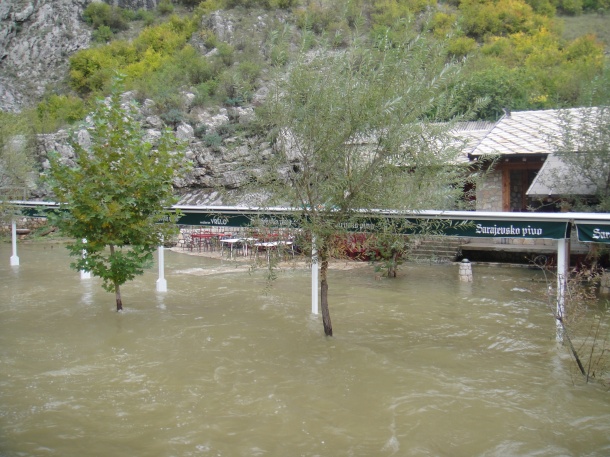 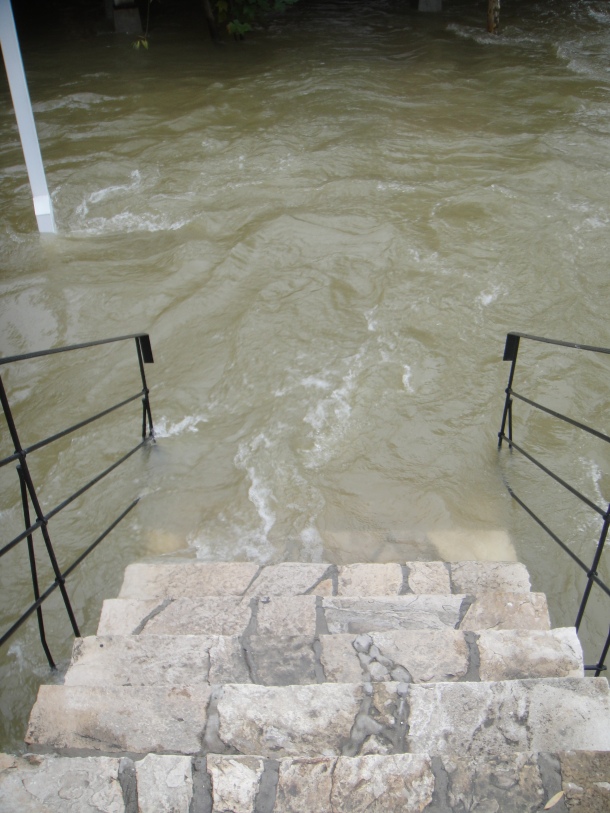 Flooding made all the more interesting by the fact that the river originates in a cave at the base of the cliff: 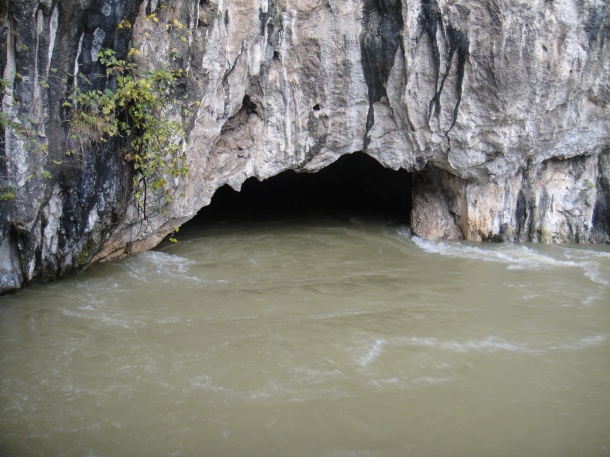 I took this picture straight up while standing next to the tekija, so you can see how serious the cliff overlooking the scene is: 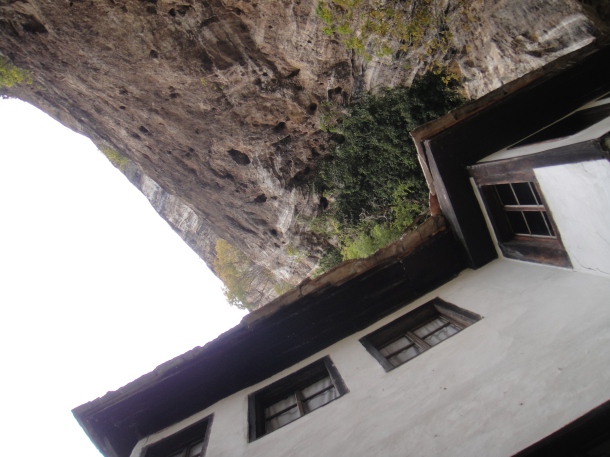 Here is a better view of the cliff… Supposedly, there are a number of caves up here: 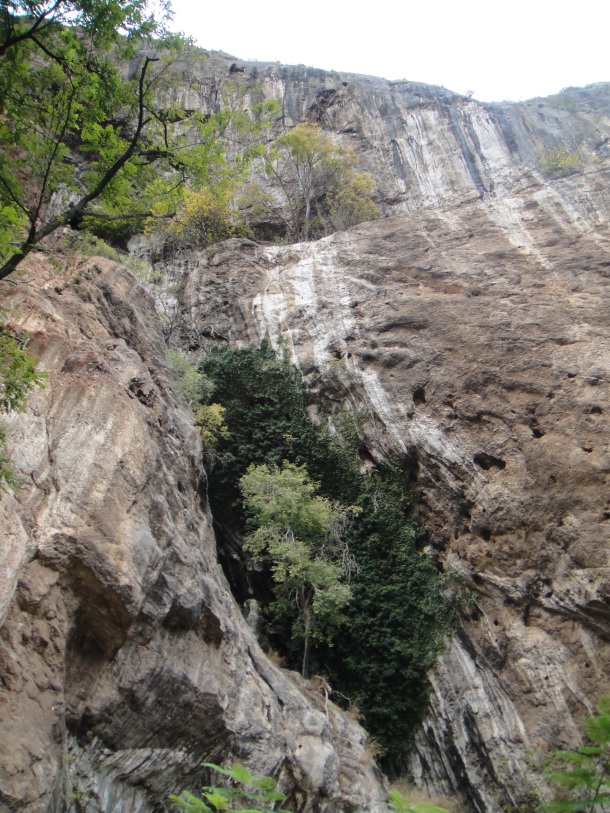 This is a view down the Buna River from the tekija: 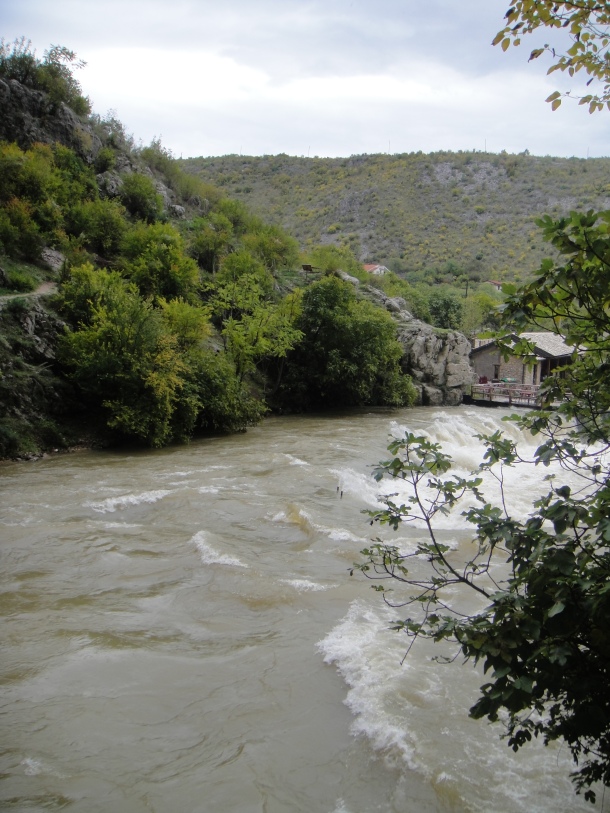 On the way out, we stopped to check out some war damage in Blagaj.

I was particularly taken with this bombed-out church: 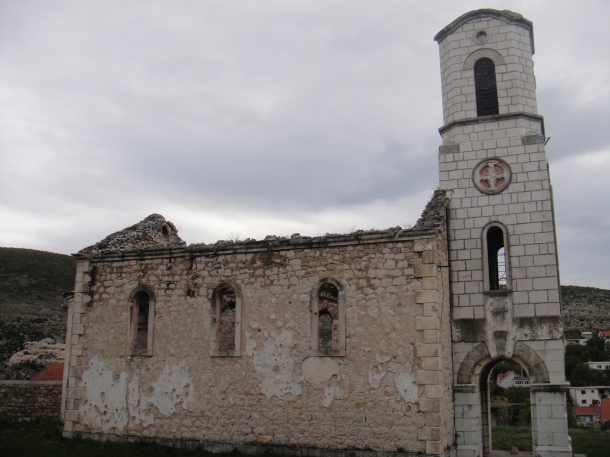 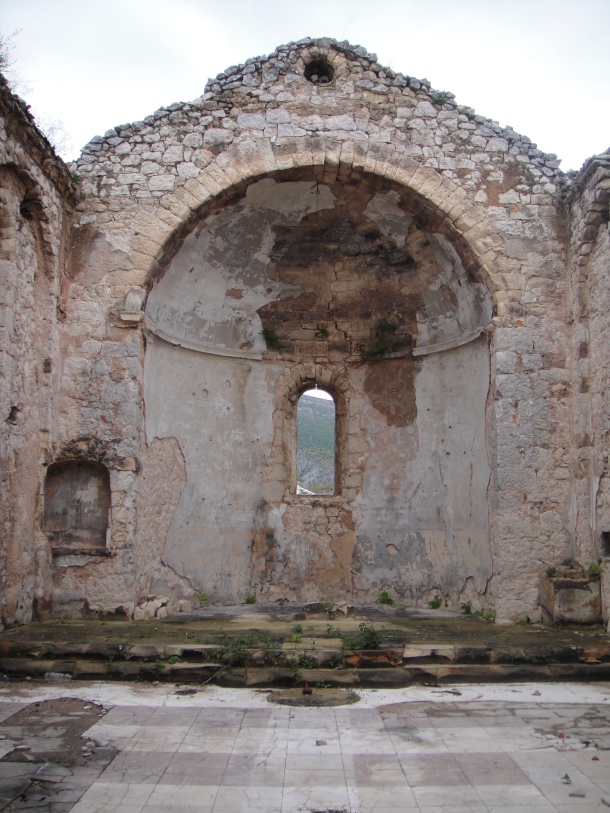 It looks like an anti-tank rocket or artillery smacked into this church tower, so perhaps a sniper was holed up in here: 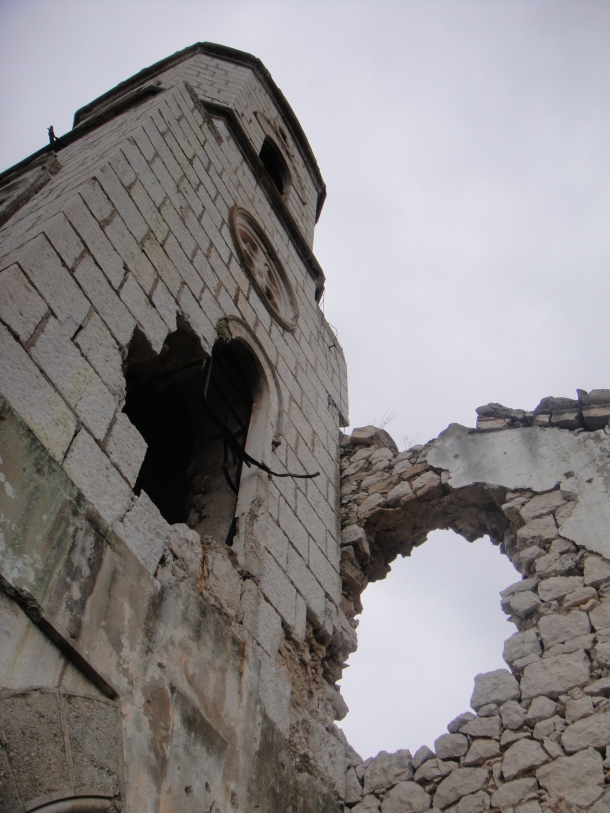 One thought on “Blagaj, Bosnia-Herzegovina”