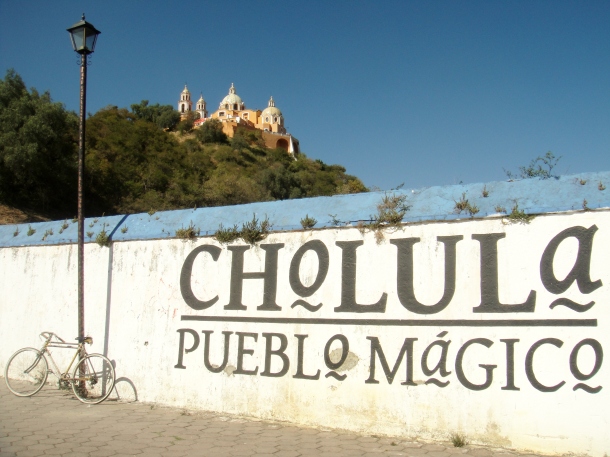 At the peak of its historical significance, Cholula had the second largest population in Mexico, with an estimated 100,000 people living around the Great Pyramid. The population of the city today is just a few thousand more than that.

Cholula also played an important role in the early colonial history of the area as the site of Cortez’s Massacre of Cholula, part of his campaign that ultimately toppled the Aztec Empire.

The view from the church at the top of the Great Pyramid of Cholula is well worth the hike up: 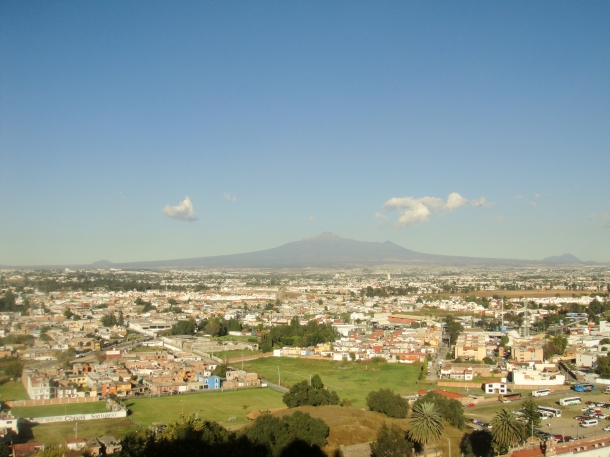 A view out over Cholula in the opposite direction provides a good look at the Convent of San Gabriel (more on that later)… Churches in Cholula are conveniently color-coded by period: oxidized red was used in the 16th century, yellow in the 17th and 18th centuries and pastel colors in the 19th century: 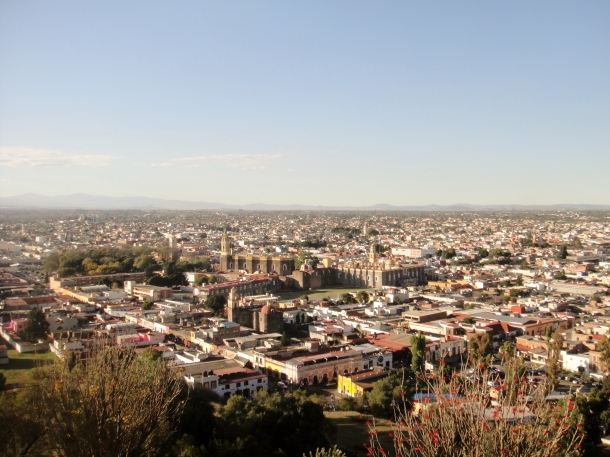 At the base of the Great Pyramid is a large public square where people gather to hang out and be seen: 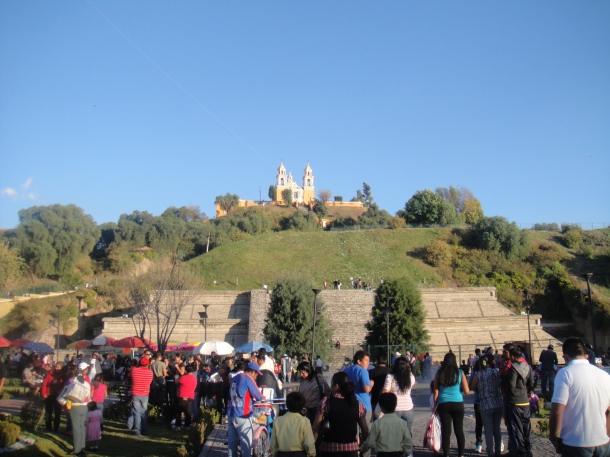 The city of Cholula fans out around this square: 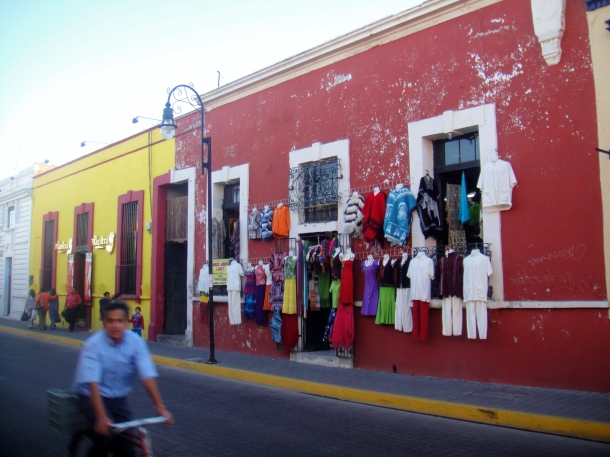 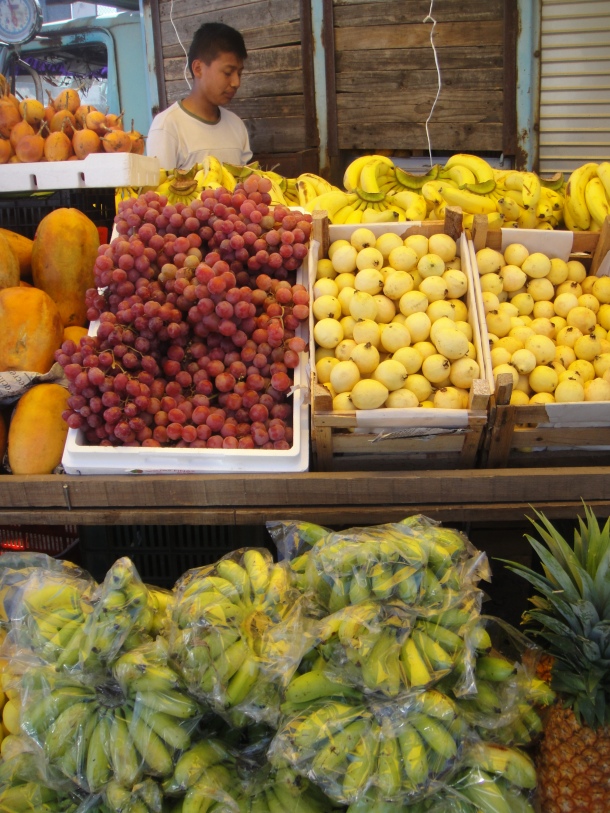 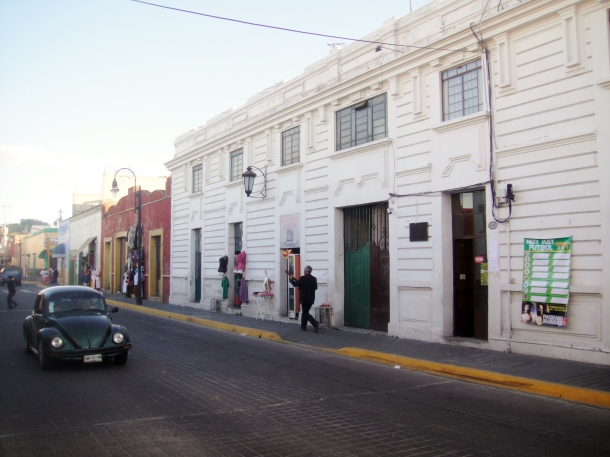 The San Gabriel Convent that you saw from a distance above, dates to 1520 and was built by the Spanish on a site that previously was home to a temple built by an ancient culture.

The grounds of the convent: 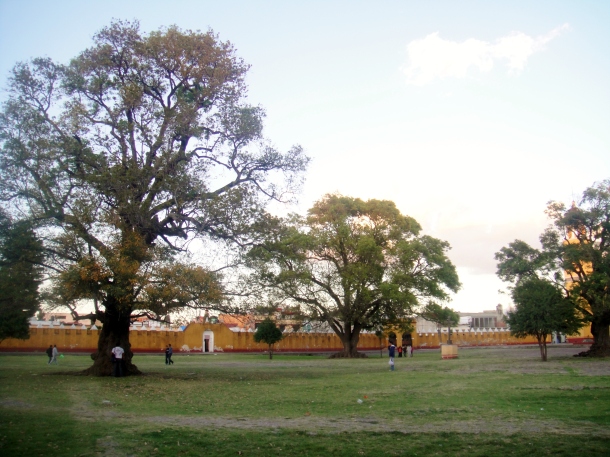 The Franciscan church of San Gabriel is one of the oldest of the religious sites in the Americas and provides an excellent example of Spanish colonial architecture in Mexico: 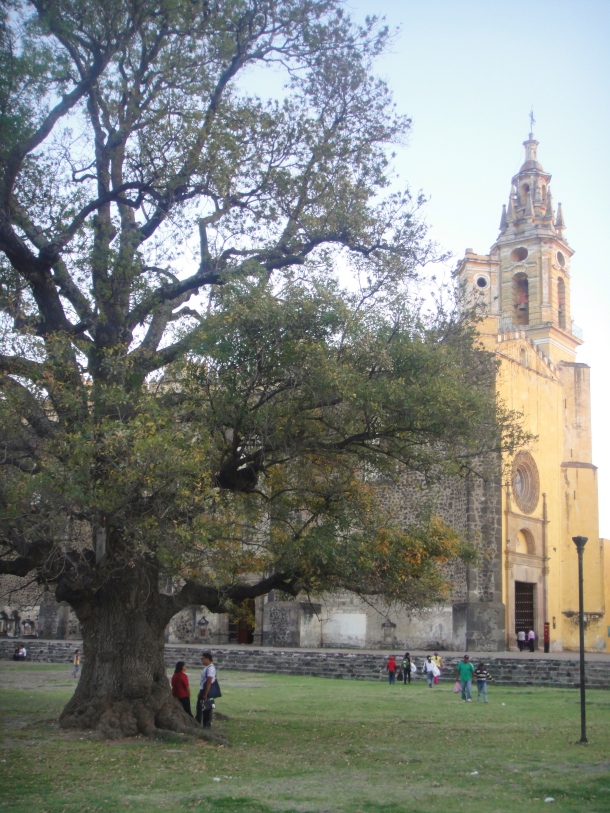 A view of the church: 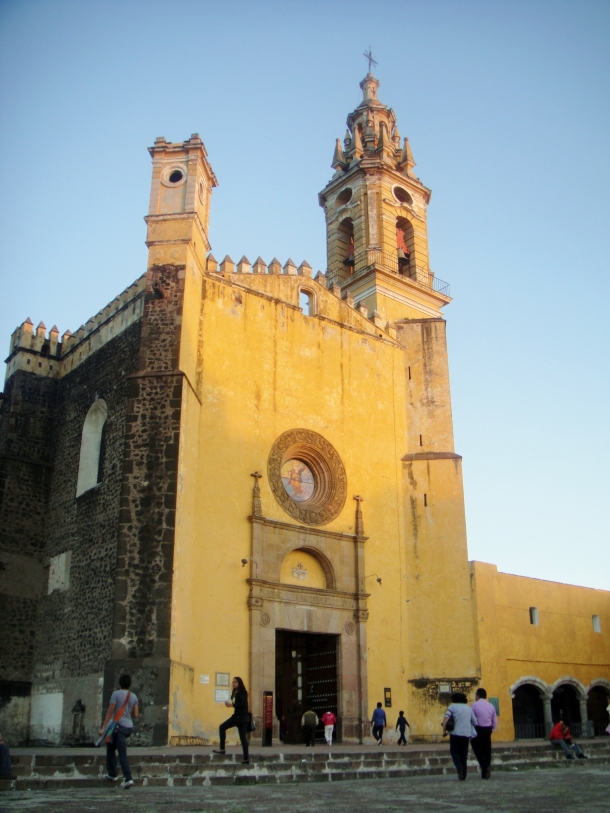 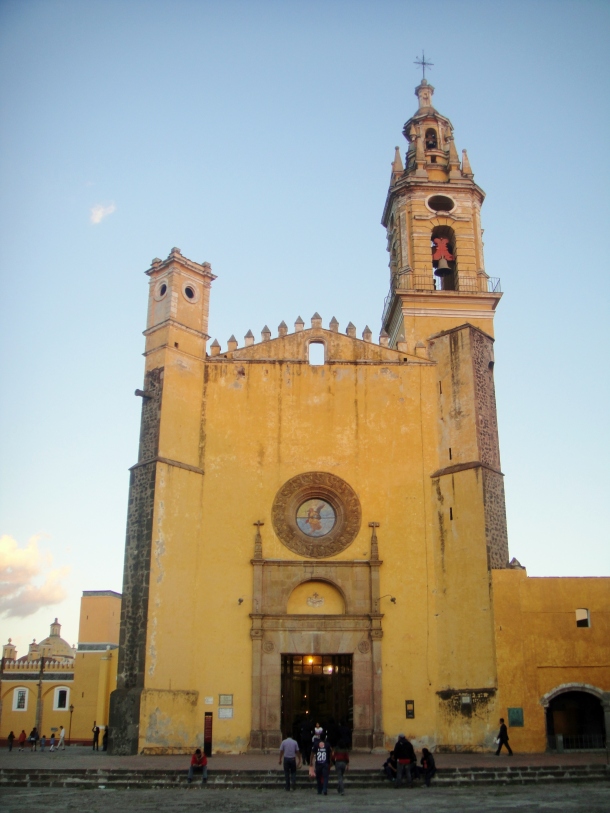 This isn’t Tokyo and so as evening falls and one pushes back into the residential neighborhoods, the town becomes more quiet: 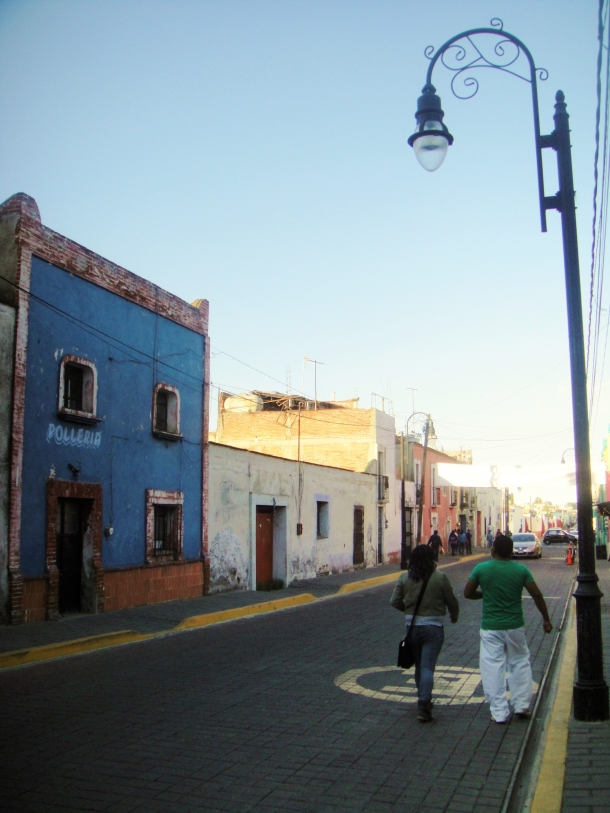 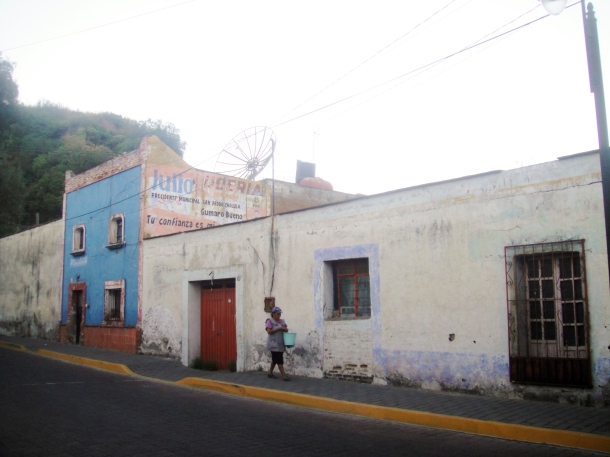 A common form of local transportation: 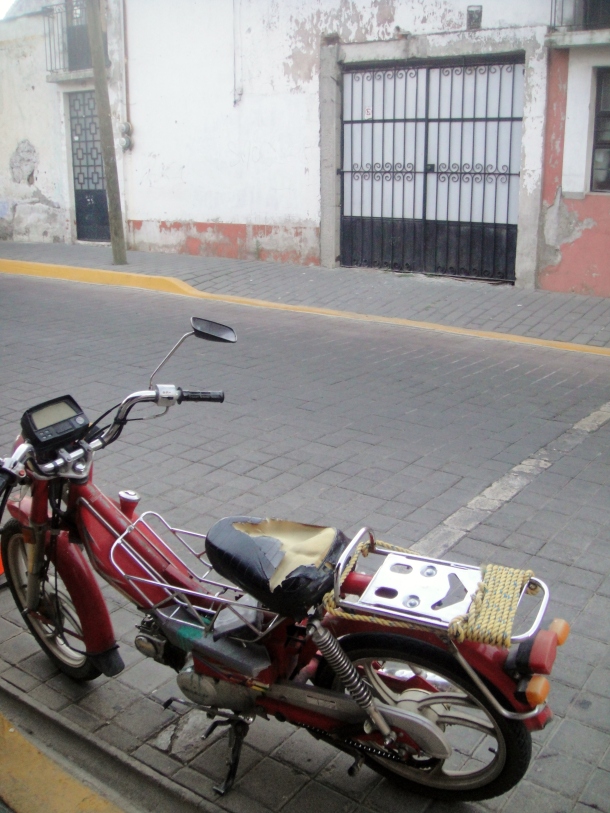 The Great Pyramid of Cholula is visible from some parts of the city: 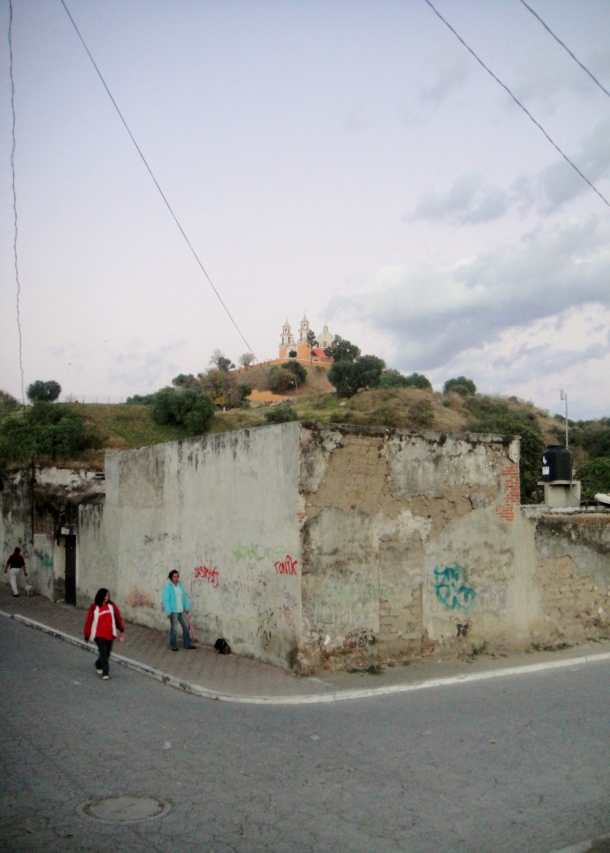 But no matter where you are in the city, the smoking volcanoes in the region are visible to remind you of the area’s geology: 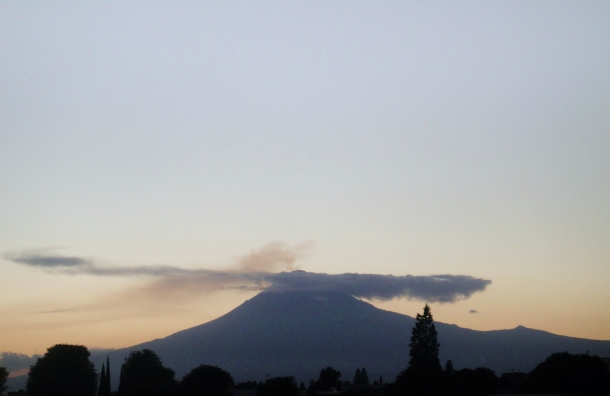