North Korea’s largest square, named for the country’s “Great Leader” and founder, is a central focus of Pyongyang, much as Red Square is in Moscow or Tiananmen Square is in China.

Accordingly, Kim-Il-sung Square is featured in many North Korean media releases and is the site of frequent military parades, demonstrations and events such as “anti-US imperialism rallies”. 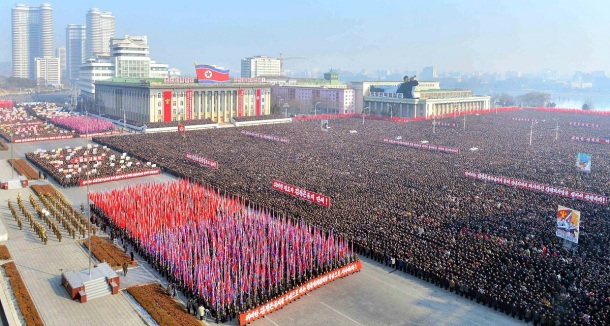 An array of significant buildings surround the square including the Korean National Art Gallery, the Korean Central History Museum, the Worker’s Party of Korea Headquarters and the Grand People’s Study House (more on that last one in a future article).

A commanding view of Kim-Il-sung Square from the Grand People’s Study House:

A view back from the riverbank across Kim Il-sung Square toward the Grand People’s Study House (the building in the center and where the previous picture was taken from): 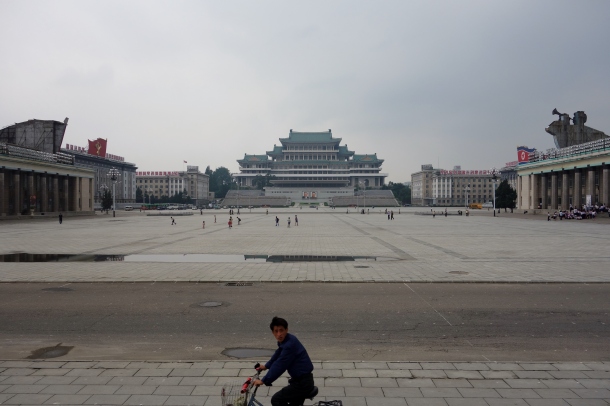 The Worker’s Party of Korea Headquarters:

Down in the square itself, things are more relaxed than the stark, severe buildings surrounding the square might lead one to believe. There are people walking around…

…And even kids rollerblading: 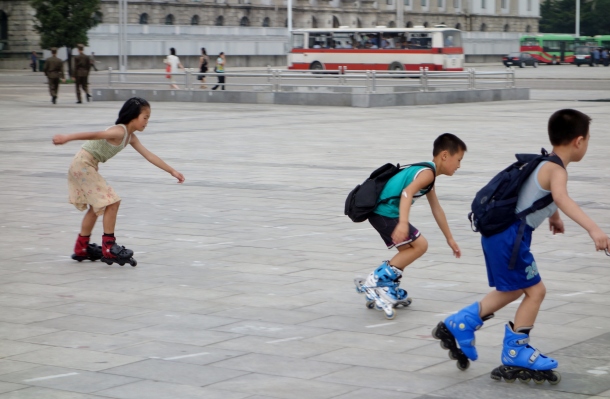 I’m not sure why he looks confused and overwhelmed. We may have been the first Westerners he had ever seen:

The Koreans designed Kim Il-sung Square so that it would appear that the tower is at the end of the square rather than across the river as it actually is. This optical illusion was achieved by making the center of the square lower than the riverbank: 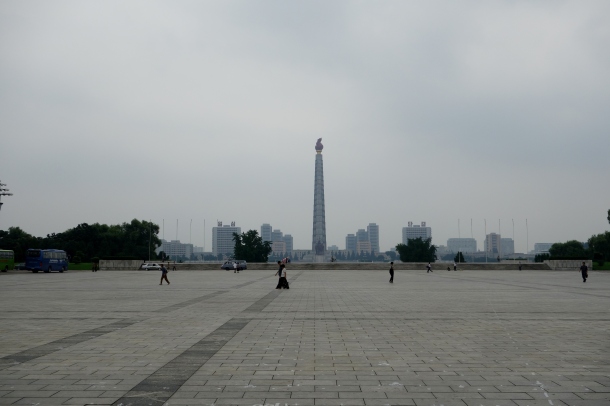