The following story, dear reader, comes to us courtesy of my lovely roommate, Nicki Tyler. I’m doing a couple of roommate stories to help introduce the cast of characters involved…

Behind where Nicki grew up in Fort Collins ran a dirt road that connected with the paved highway beyond. This dirt road provided excellent terrain for essential childhood endeavors such as BMX riding and cops and robbers. As Nicki and her brother Seth were playing a game of cops and robbers on their new bicycles, a logging truck was hurtling down this same dirt road. The driver of the truck neglected to stop or even slow for a stop sign that was on a curve of the road. My roommate and her brother happened to be along this curve. The driver failed to see my roommate and his truck slammed into her. The impact flung her to the ground and she was scooped underneath the engine of the truck where her bike handle bars snagged on the undercarriage of the truck. Nicki had remained holding onto her bicycle throughout this ordeal and wisely assessed that if she let go, she would be dragged under one of the truck’s massive tires and crushed, which if not instantly fatal, would at best result in a slow, agonizing death. Therefore, Nicki struggled to keep her small hands clutched to her bicycle despite the agony of the dirt and ice and rock scraping away her flesh as she was being dragged along the ground. The roar of the engine drowned out any sound she made and the truck’s tires were pelting her with gravel. A pothole in the road snagged one of the bicycle’s handlebars and spun her bike around, savagely grinding her knees into pulp as she was flipped over onto her right side. 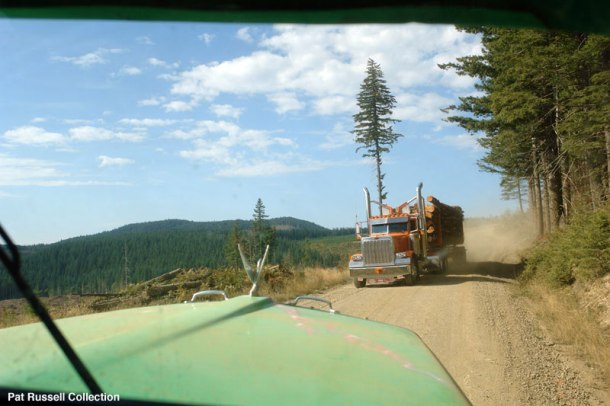 When the driver finally did stop, a bruised, bloody and battered Nicki was able to crawl out from underneath the truck. The driver was horrified at what he had done and carried Nicki all of the way back to her home in his arms where her mother went to work patching her up.

As Nicki’s mother was making dinner at the time, the driver of the truck ended up being invited over for a delicious dinner of homemade turkey noodle soup. And speaking from personal experience, he was able to enjoy wonderful company as well. The apparent moral of the story is that running down small children has positive consequences.

I don’t know very many people that have been run over by a logging truck.