Along our street resides a crazy homeless woman. She first came to my roommate’s attention when Nicki observed her strolling down the sidewalk while tugging on a stuffed animal with a leash around its neck. She was swearing loudly at the stuffed animal for not obeying her – certainly an attention-getter… She first came to my attention when I noticed her marching toward a bus stop bench in full camo gear. Seriously, she had camo pants, a camo shirt/jacket combo, combat boots and even a camo hat. Obviously, I immediately became a fan. It was at that point that Nicki and I resolved that the next time we saw her, that we would stop and initiate contact with her no matter what. We didn’t have to wait long… Within the week, we observed her sprawled out at a bus stop as pictured below: 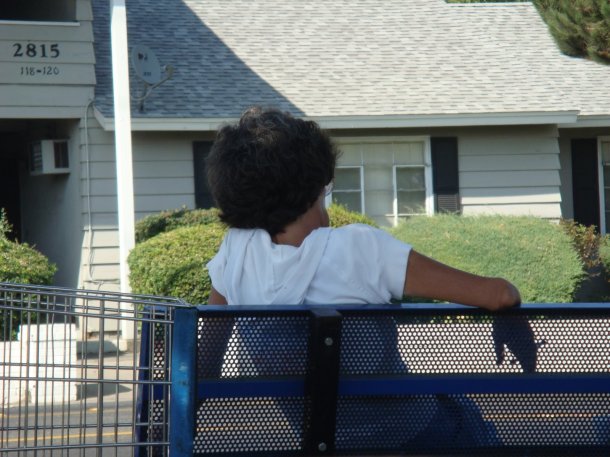 Unfortunately, she didn’t have her camo or stuffed animal on this day, but you can’t win ’em all, right? We ducked into the nearest parking lot and headed over to initiate contact. I snapped the picture above as we were approaching her. Nicki introduced herself first and the woman responded that her name was Alyssa.

I asked Alyssa where she was from and she stated that she was from Los Angeles, but was up visiting some friends for “20 or 30 years”.

This prompted Alyssa to reply that it was hot and because it was hot she had only been visiting her friends for “a couple years”. As she was relaying this information, she looked at us like we were complete morons for not understanding. Right. Got it now, Alyssa.

Nicki and I looked at each other in horror as this treasure started to walk out of our lives without us properly documenting our interaction with her. We both cried out her name and ran after her to secure the following pictures:

I would draw attention to the fact that she is smiling in the picture with me (I was working the charm on the hotties again), but not my roommate. However, I’m too modest to do such a thing… 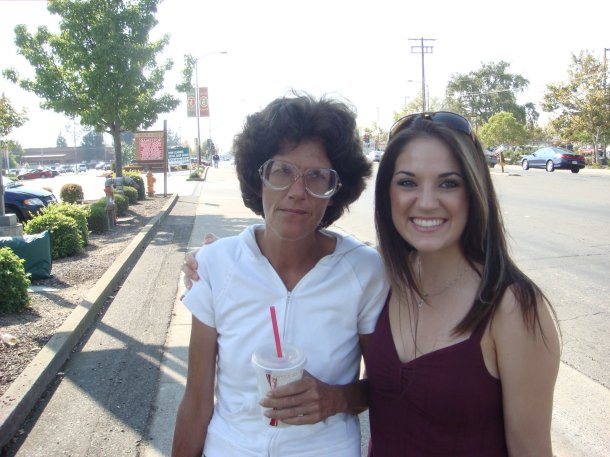