From 1978 to 1982 this tropical island was a refueling hub for Carlos Lehder and the Medellin cartel’s operation that shipped tons of cocaine into the U.S. via small aircraft. Trafficker George Jung (made famous by Johnny Depp in Blow) described it as “something out of a James Bond movie.” And U.S. drug agents say they realized too late what was going on there.

Here are pictures and a short report… 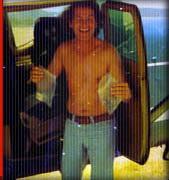 With the Bahamian authorities looking the other way, the island became a haven of debauchery for Lehder and his associates. Narco trafficker Carlos Toro remembers, “Norman’s Cay was a playground. I have a vivid picture of being picked up in a Land Rover with the top down and naked women driving to come and welcome me from my airplane…And there we partied. And it was a Sodom and Gomorrah…drugs, sex, no police…you made the rules…and it was fun.” 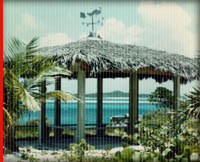 If you enjoyed this, don’t miss the much more detailed Part 2