Many people seem to have the impression that Afghanistan consists of nothing more than sterile deserts. A drive through the Salang Pass will go a long way in dispelling that image. Along the way, the Hindu Kush mountains (through which the Salang Tunnel passes) I was reminded of everything from the Italian Alps to the Eastern Sierras… The air is rather thin and cold at the summit of the Salang Pass, more than 3,000 meters above sea-level.

Heading out from Kabul and getting up into the Hindu Kush mountains… This reminded me of the Italian Alps: 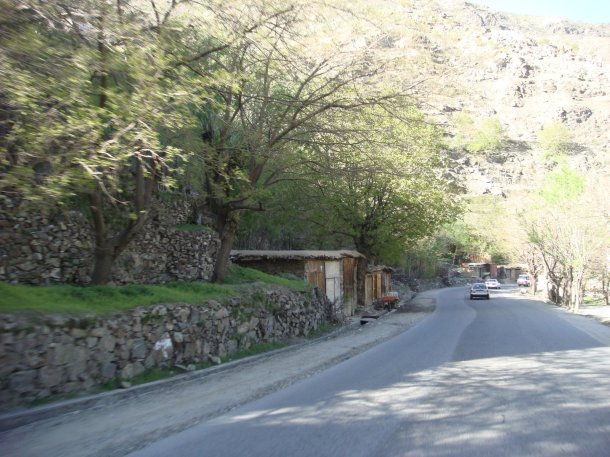 This is a tough place to scratch out an existence. We were here in late April on a sunny day and it was biting cold. I can’t imagine what the winters are like, but the numerous indications of intense avalanches and from everything I have heard, they are brutal. Home on the edge: 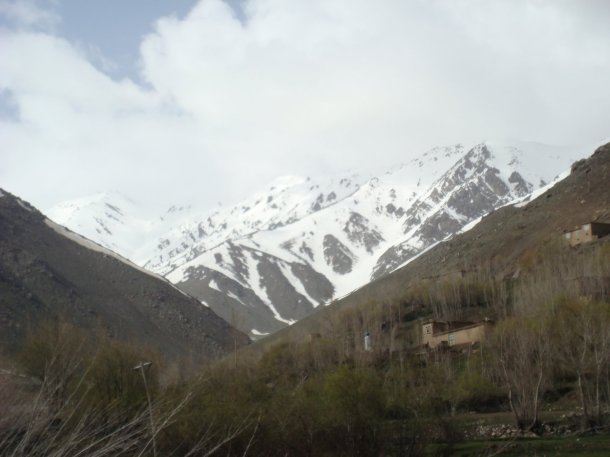 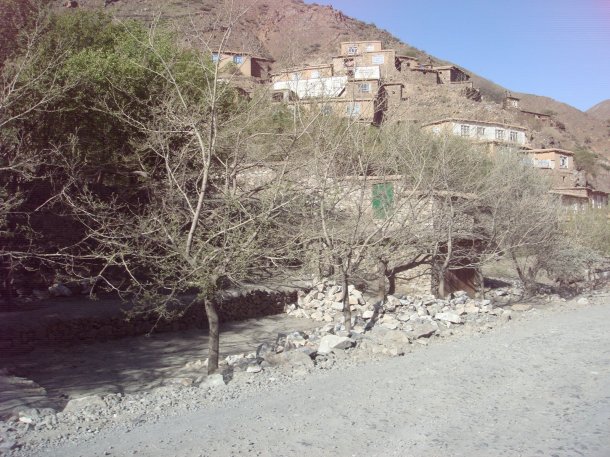 I thought this was an interesting home squeezed between the road and the river: 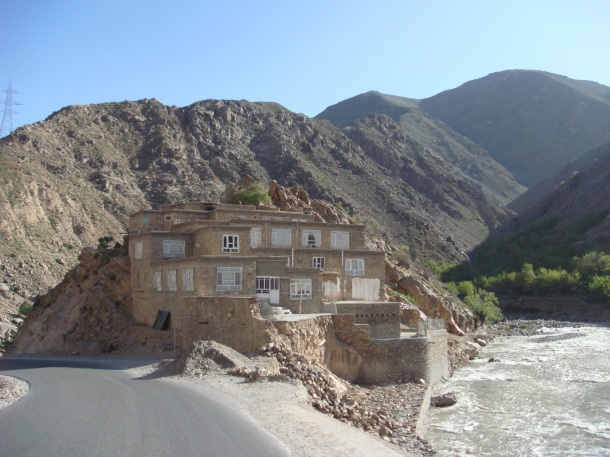 As with most of Afghanistan, the people that live here are just awesome.

I snapped this out the car window to give a sense of the people and scenery. The old boy on the end has a falcon perched on his hand:

This man had quite a story… His mother, wife and son were gunned down by Soviet troops in a punitive response to an attack on a nearby Soviet convoy. This left him with only two daughters. The Taliban took care of them after it was determined they had spoken out against the Taliban occupation. Because he had not done more to keep his daughters in line, he was subjected to horrific torture to help “re-educate” him. All alone now, he told me that he treks for days at a time in the high peaks of the Hindu Kush to cope with his loneliness:

This is what a cargo container looks like after it has been stuffed full of prisoners and had a fragmentation grenade tossed inside. It’s also been popular to stuff the cargo containers full of prisoners and simply machine gun the sides. Apparently, the bullets ricochet around inside and one doesn’t need to use as many bullets as would be required if the prisoners were simply lined up and executed. A very economical use of the resources… One stumbles across quite a few such relics from Afghanistan’s seemingly continuous conflicts:

The Salang Pass area has been a theater of conflict for decades now. In the 1980s, the Russian forces occupying Afghanistan were repeatedly ambushed by the Mujahideen when traveling through this region, while more recently this was a front-line between the Taliban and the Northern Alliance.

Anti-tank mines remain a problem alongside the road (often within one or two meters of the main road), although groups like the HALO Trust are doing much to improve this situation… Progress is slow, however, as depending on the season, the ground is either baked rock-hard or frozen rock-hard, making the task of unearthing the mines rather more difficult.

Crawling up the Salang Pass toward the summit:

The view towards Kabul from the summit: 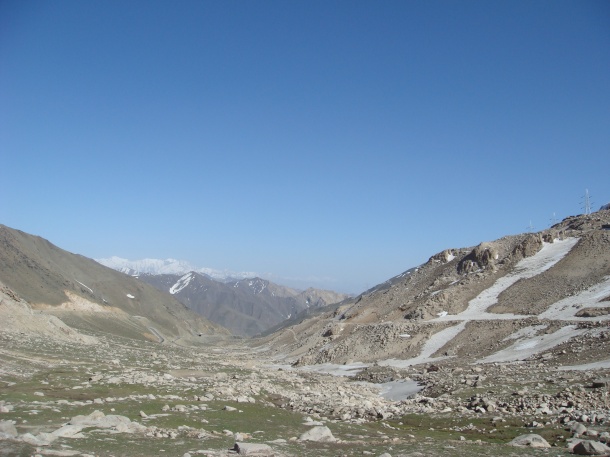 Driving through the pass:

Some of the peaks around the summit… These were taken right outside the Salang Tunnel. The Salang Tunnel was constructed by Soviet engineers in the 1960s to give Afghanistan a much-needed north-south road artery and supply route while seeking to curry favor with the Afghan government.

After the Soviet Union invaded Afghanistan, the Salang Highway became the principal military supply route linking Kabul with the southern Soviet republics. The Soviets paid a high price to keep this road open as one can tell from the countless tanks and APCs, scarred with bullet and rocket fire, still rusting away by the side of the road…

One example from 1982: A fuel tanker in a military convoy exploded inside (the cause of the explosion remains somewhat in doubt with the Russians still claiming it was an accident and the Mujahideen still claiming it was a successful attack) the Salang Tunnel, unleashing a chain reaction of fiery explosions and death. Drivers of cars, trucks and buses evidently continued to enter the tunnel after the explosion. Soviet troops, fearing that the explosion might have been a rebel attack, closed off both ends with tanks, trapping many inside. Some burned to death; others were killed by smoke and by carbon monoxide escaping from vehicles whose drivers kept their engines idling to stay warm in the freezing cold. As many as 700 Soviet troops and 2,000 Afghan soldiers and civilians may have died.

Both ends of the Salang Tunnel were blown up by the forces of the late Ahmed Shah Masood in the 1990s in an effort to stop the Taliban advancing northwards. 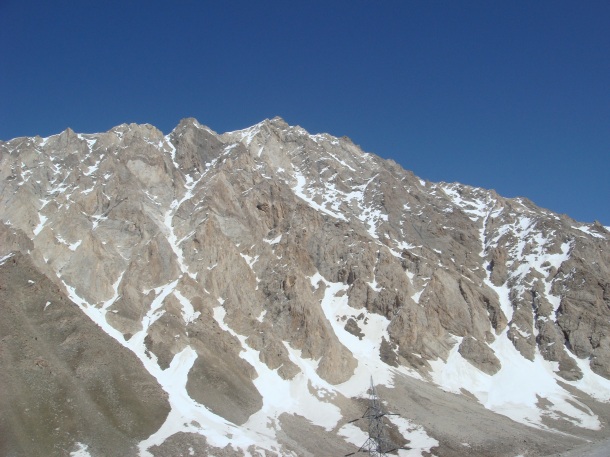 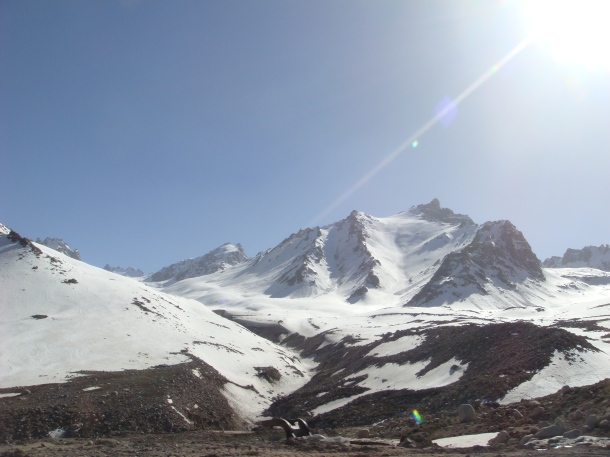 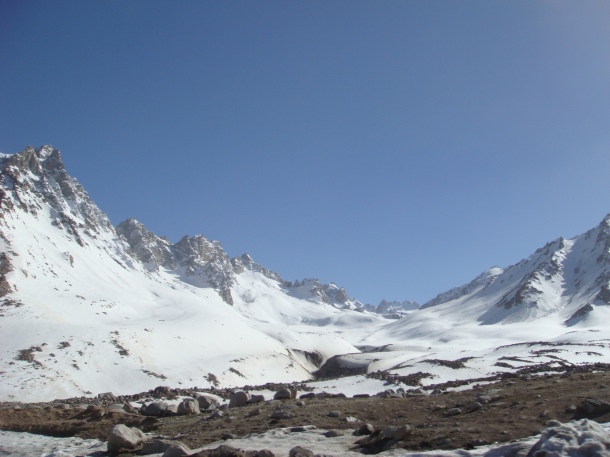 Entrance to the Salang Tunnel – headed towards Kabul… Once you get inside and away from the light provided by the outside world, it doesn’t matter that one has their headlights on. You’ll still only be able to see a few meters in front of the vehicle. The lights make no difference through the cloud of dust and exhaust fumes which makes the drive more exciting because there are massive holes inside and the road is covered in water in some places: 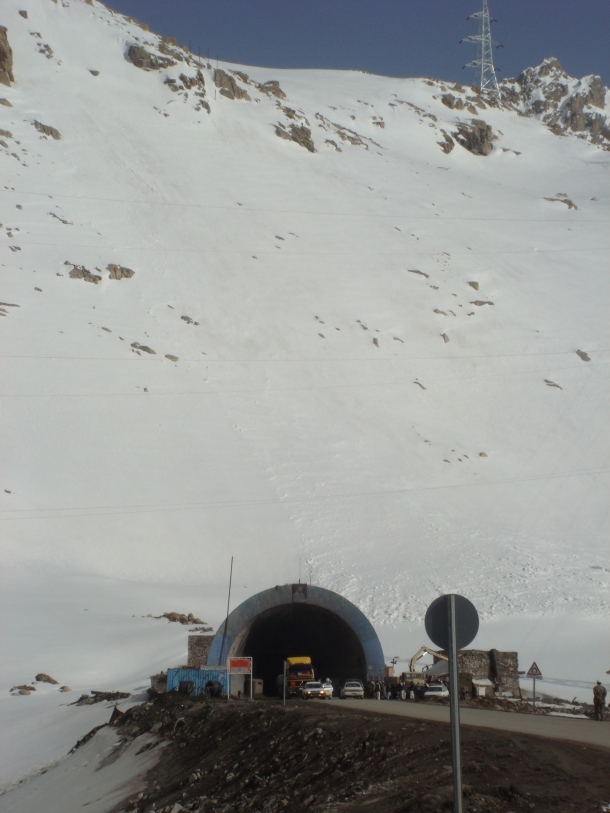 Driving up to the tunnel entrance (driving in the direction toward Kabul):

This is the road sign you see when you exit the tunnel heading away from Kabul. We were headed to Pul-i-Khumri on this day… Pul-i-Khumri housed a major Soviet base at one time. Now when you drive by, there are just a few hollowed out buildings and some ripped up tarmac. It made me wonder if the legacy of Americans in Afghanistan will be reflected in the same way. 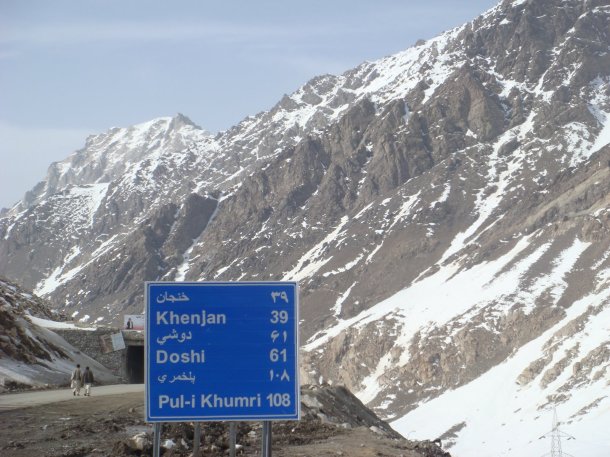 The weather here is rather volatile… This was taken just minutes after the pictures in the bright sun: 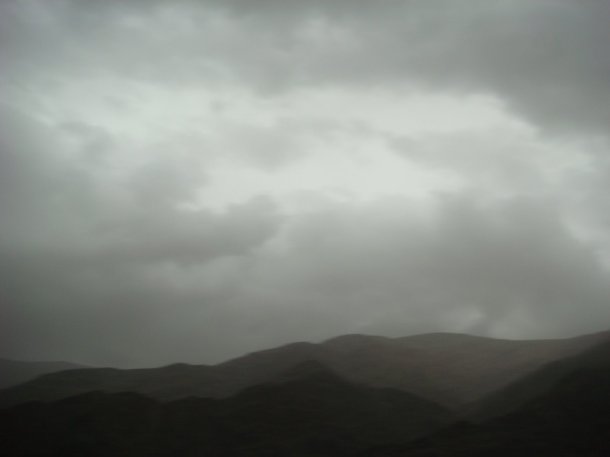 9 thoughts on “Salang Pass, Salang Tunnel and The Last Battle”