The mausoleum of Mustafa Kemal Atatürk is located in Ankara and was designed by architects Professor Emin Onat and Assistant Professor Orhan Arda, whose proposal beat 48 other entries from several countries in a competition held by the Turkish Government in 1941 for a “monumental mausoleum” for Atatürk.

Mustafa Kemal Atatürk was the leader of the Turkish War of Independence and the founder and first president of the Republic of Turkey, revered by many for transforming the former Ottoman Empire into a modern, democratic, and secular nation-state – the principles upon which modern Turkey was established.

The site is also the final resting place of İsmet İnönü, the second President of Turkey, who was interred there after he died in 1973. His tomb faces the Atatürk Mausoleum, on the opposite side of the Ceremonial Ground. 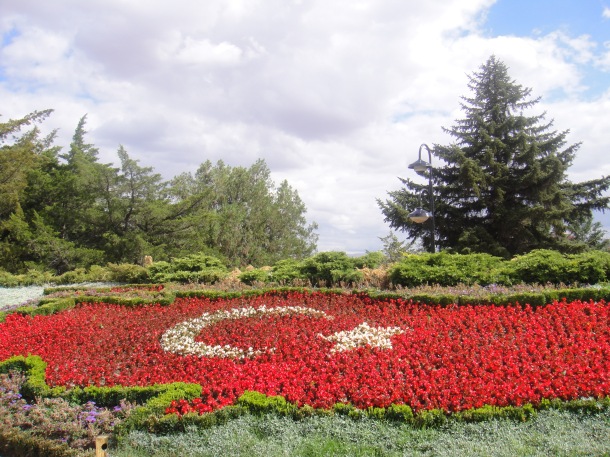 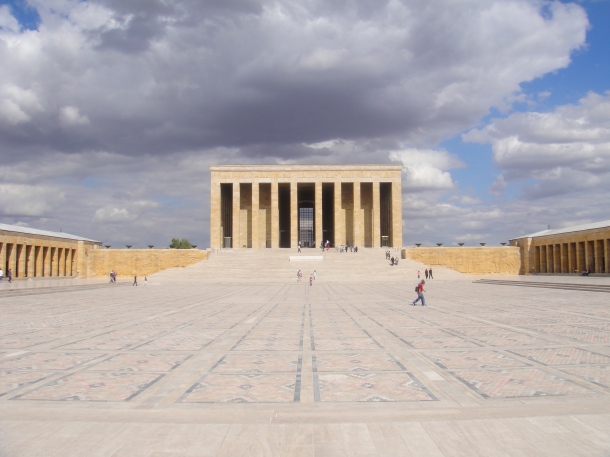 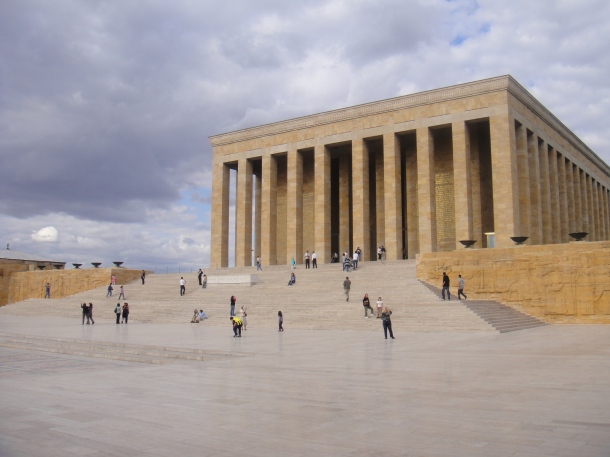 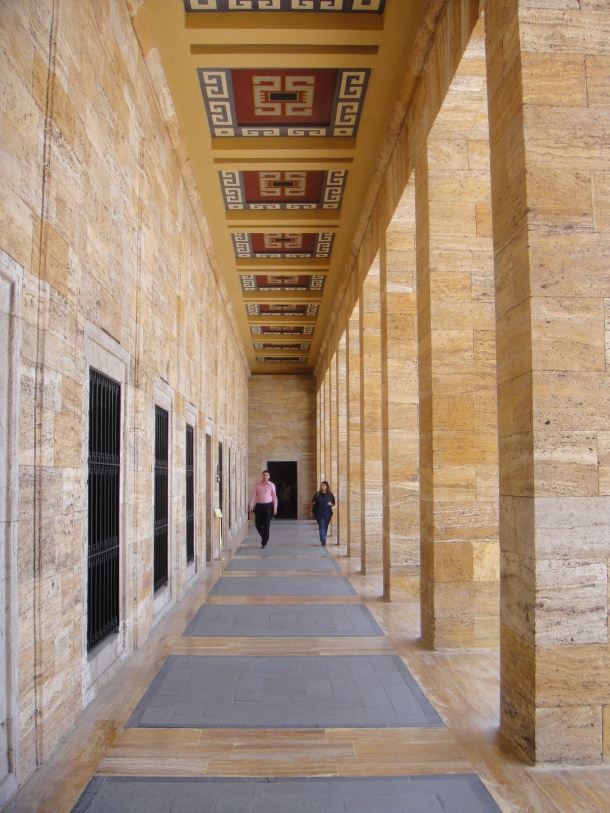 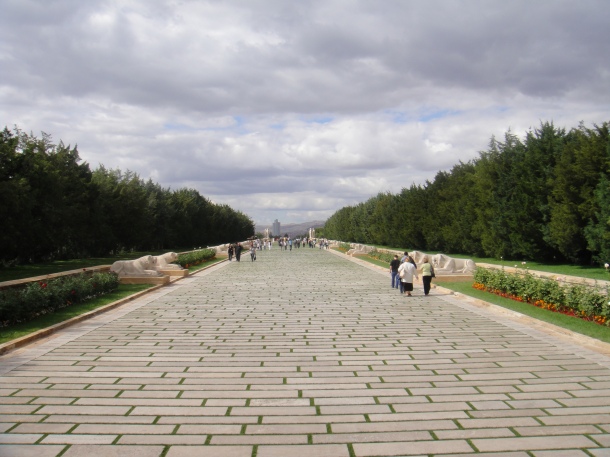 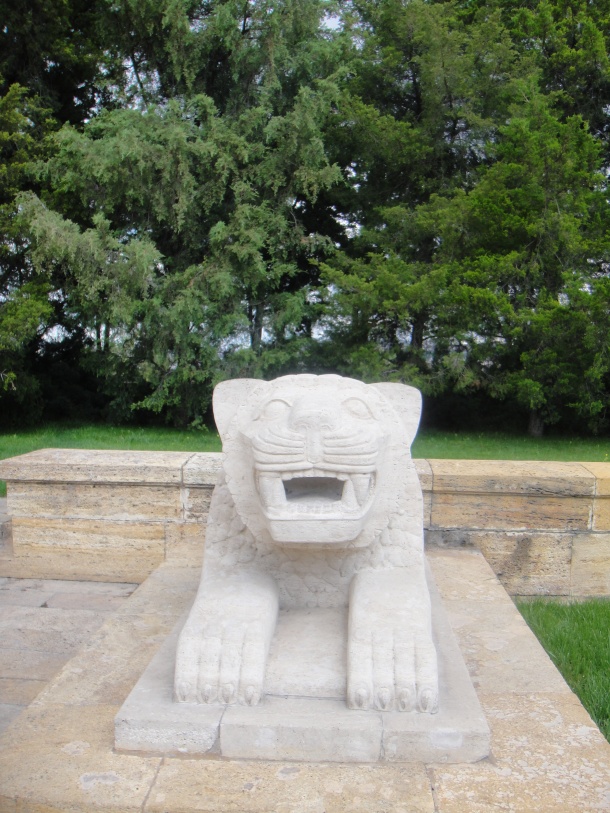 The two pictures below are of a high-powered military delegation visiting the site.  Any time political figures visit Turkey, they invariably make a stop at the Atatürk mausoleum. 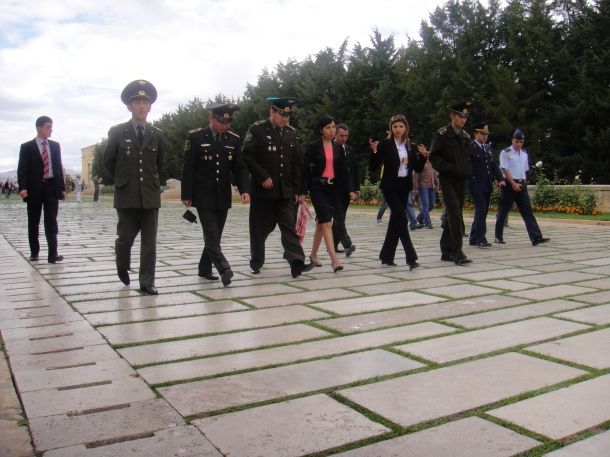 The group of bodyguards with the pictured delegation were quite professional. When I walked closely to the group in a portrait gallery, all of the bodyguards subtly, but quite effectively shifted to screen me from approaching the military personnel they were charged with protecting. 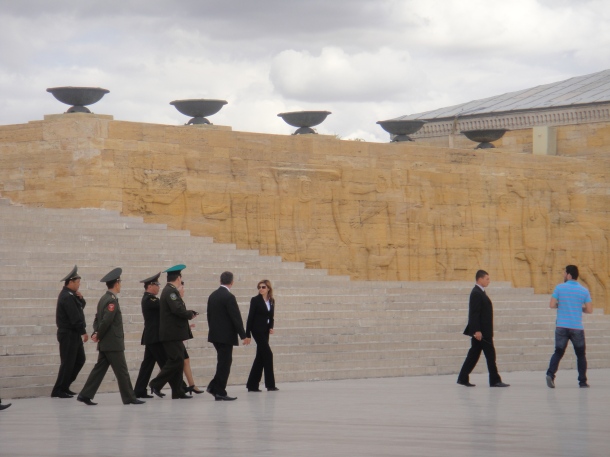 The poised Turkish guards at the mausoleum: 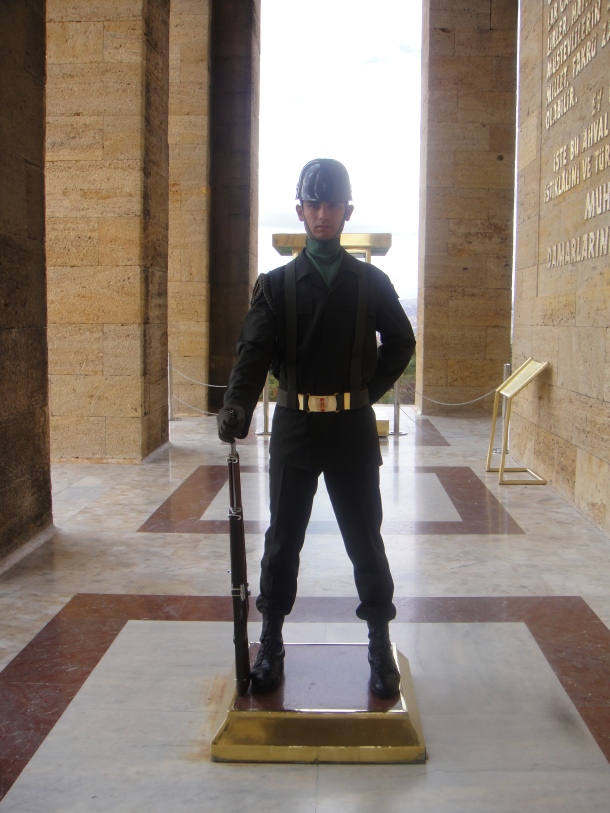 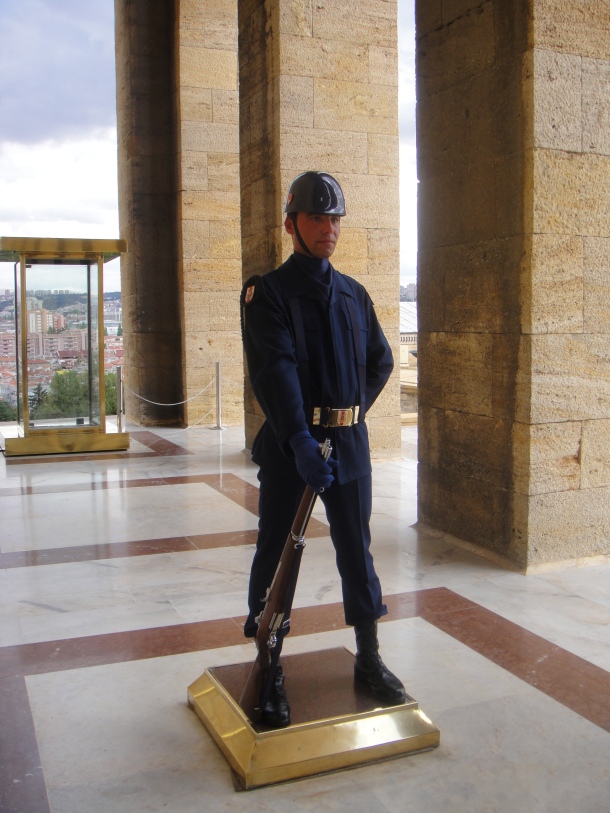 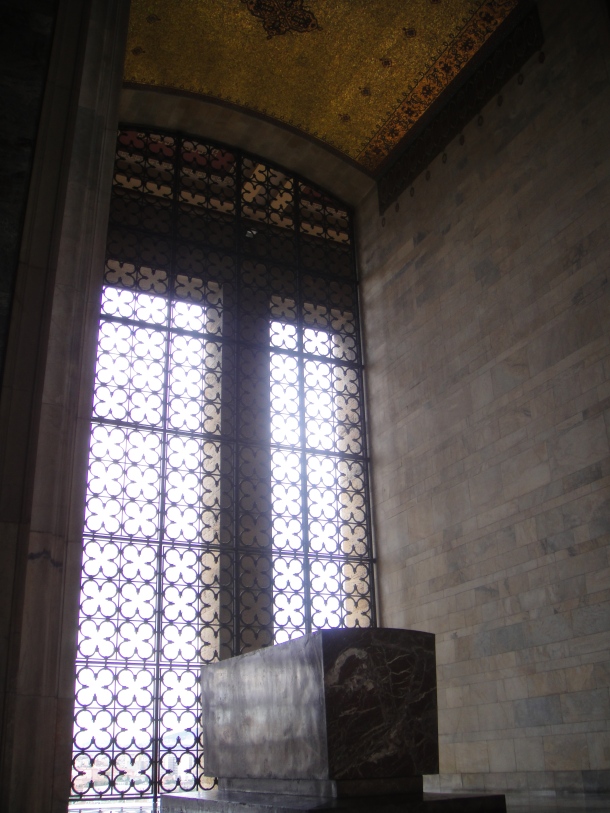 From the steps of the chamber pictured above, one can observe great views of the mausoleum complex and the city of Ankara: 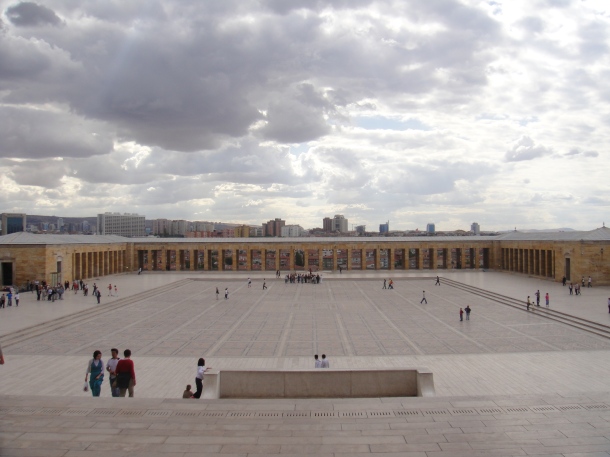