I had little idea how far down into the rabbit hole I would go when I started this project. All that I have been told is false. Up is down. Beautiful scenery hides ugly truths. Judging from the volume of hate emails and hate comments I have received, I am hitting close to the truth – a very elusive target in this chaotic land. Perhaps everyone is bad. Or good – just like the Israeli/Palestinian conflict… There is no clear cut “good” or “bad” side or innocent or guilty side. I can point to horrible things done by every side in this conflict.

Even the Serbs in Bosnia consider themselves victims. In March of 2009 Bosnian Serbs filed a lawsuit against the United Nations and the Netherlands saying they turned a blind eye to atrocities committed by Muslims against Serb civilians during the war in Bosnia in the early 90s.

Their claim is less about money and more about asking the world to recognise that Serbian civilians also suffered at the hands of Muslim military forces during the Srebrenica war.

War broke out in Bosnia in April 1992. For the next three years Serb and Muslim villages surrounding the Muslim enclave of Srebrenica came under fire. Thousands of people died, among them at least 1,000 Serbs, while another 15,000 were expelled from their homes.

The violence culminated in what many see as a retaliatory massacre by Serb forces on Muslim men and boys in Srebrenica. As many as 8,500 Muslims died in the space of three days.

Milojka Bibich stares at what remains of her family home.

“The Muslims attacked our village by surprise,” she recalls at the remains of her family home.

There’s nothing left there now to remind her of the tragedy that took place 17 years ago. But the trauma of that day is etched into her memory. She watched as one by one, each member of her family was killed.

“My older brother was killed about 100 kilometres from the house. They smashed his head and mutilated his body. My younger brother’s body was never found. My mother’s throat was slashed. I took refuge in the school, where later all my family’s bodies were burnt by the Muslims.”

Zlatko Vasich, a Serb, was seventeen years old when he was kidnapped while walking home. His abductors were Muslim neighbours whom he recognised. They forced him and his cousin, at gunpoint, to walk to the nearest Muslim village.

“I was tortured every day, three times a day. The Muslims beat me and my cousin. They also forced us to drink urine. We never had enough food. They kept us in prison for 18 days, until eventually we were traded for Muslim prisoners.”

Driving through areas like this along the M-5, the petty hatreds and disputes seem pretty far away… 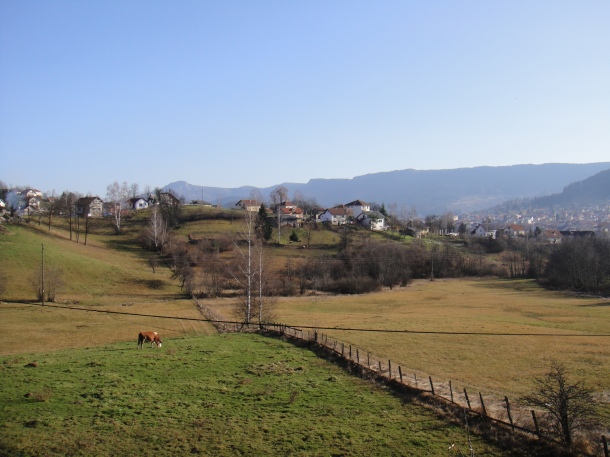 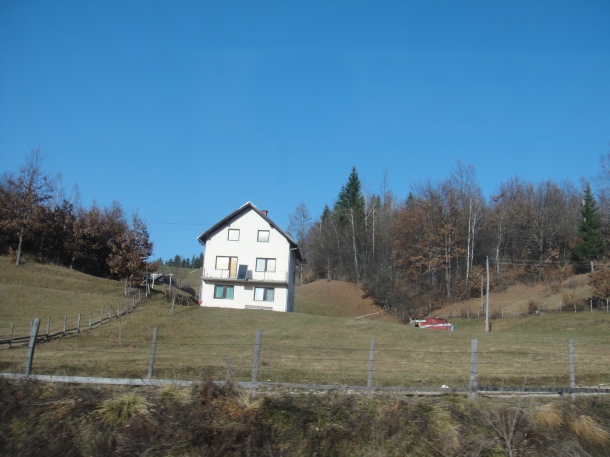 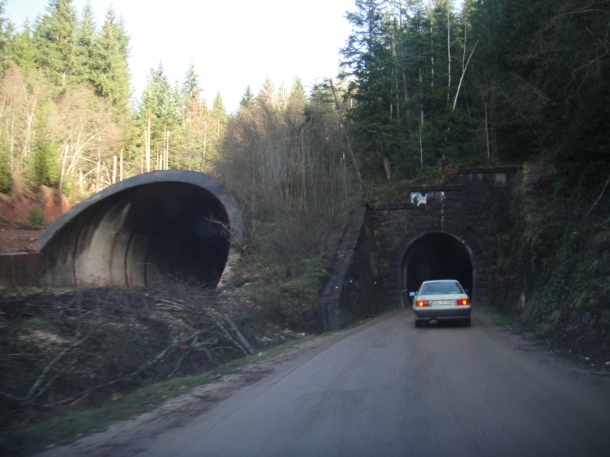 “Areas like this” is actually in the Republika Srpska which starts just outside Sarajevo and is one of two semi-autonomous entities that make up post-war Bosnia – the other being the Federation between Bosniaks (Bosnian Muslims) and Croats.

The entities were created by the Dayton Peace Accords which ended the war in 1995 and are overseen by the Office of the High Representative (OHR).

The Prime Minister of Republika Srpska, Milorad Dodik has recently been calling for a referendum on decisions taken by the high representative and on Dayton itself, prompting the most serious political confrontation in Bosnia-Herzegovina since the war.

Breaking up Bosnia would spark fears of fresh conflict, with the Croats possibly attempting to follow suit in the Federation, where they are locked in a loveless embrace with the Bosniaks. It could also encourage further ethnic-led secession in the wider region.

Bosnia’s other communities are “deeply fearful” about the consequences of a referendum, and “wouldn’t see it as a peaceful act”.

The referendum stand-off adds to an already existing deadlock between the two entities, in which the main parties continuously fail to agree on any major constitutional reform deemed necessary for moving Bosnia forward, towards its official goal of EU and Nato membership. Now, personally, I think it will be a long time before Bosnia is admitted to the EU because of the issue some European countries have (ahem, France) with admitting Muslim countries to the European Union. If Bosnia were to be admitted, that would bring Turkey one step closer to EU admission.

Here, we’re driving through small villages such as Sjetlina, Podgrab and Praca on our way to Ustiprača and eventually to Serbia: 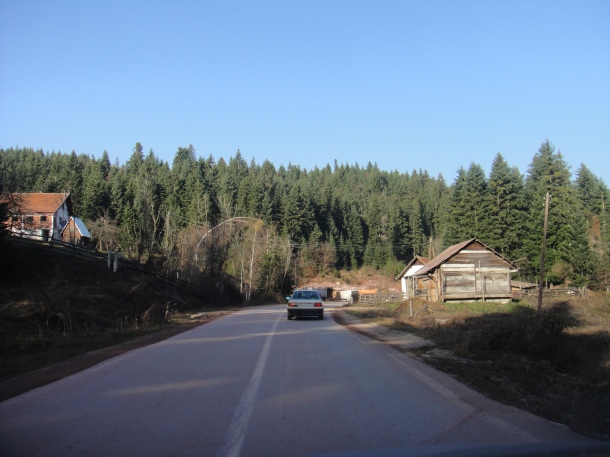 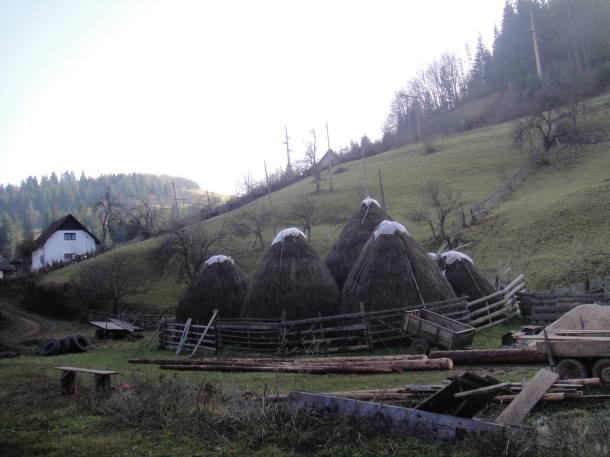 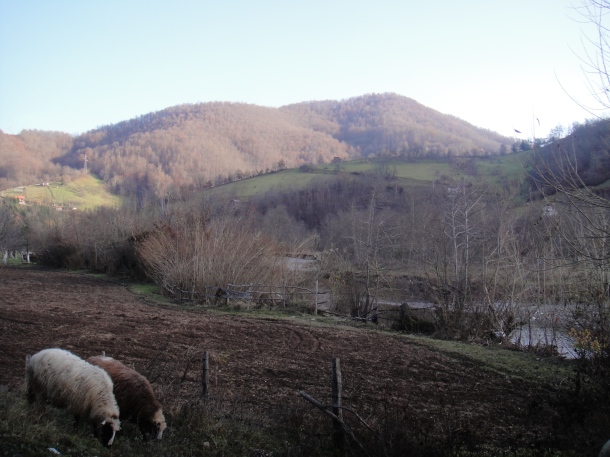 I took the picture below just a few seconds before an encounter that, for the first time in my life, actually made me feel slightly sorry for someone trying to hit me up for a bribe.

A policeman hiding behind a hedge, pulled me over for “speeding” and after showing me my speed on his radar gun and, of course, advising me that the speed limit was below the speed at which I was traveling, he announced a fine of 35 euros. Of course, this was payable in cash which we could give to him at that time.

Unfortunately for him, we didn’t have any euros. Credit card? No. Debit card? No.

Thinking we were bargaining with him, he reduced the fine to 30 euros.

British pounds? No. Macedonian denar? No. Croatian kuna? No.

Eventually, it dawned on him that we really didn’t have any euros and he sadly sent us on our way. 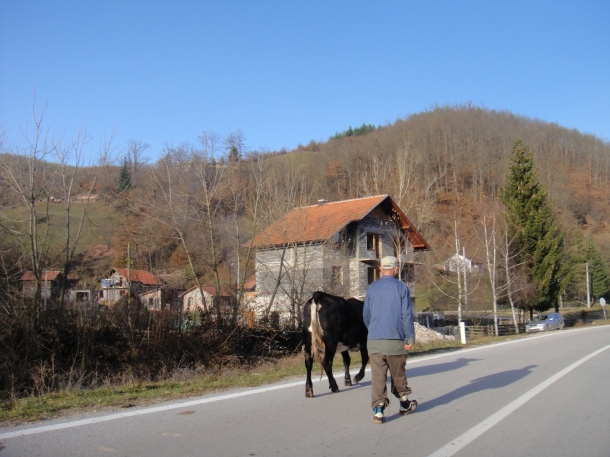 I absolutely loved the next part of the trip through the Praca (or Prača) River gorge. The road turned to gravel, but was in great condition as it followed the old rail bed of a narrow gauge railroad named the Bosnian Eastern Railway that was constructed in 1906. 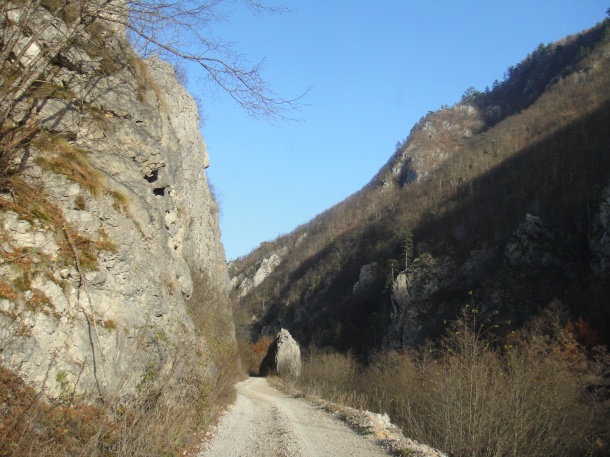 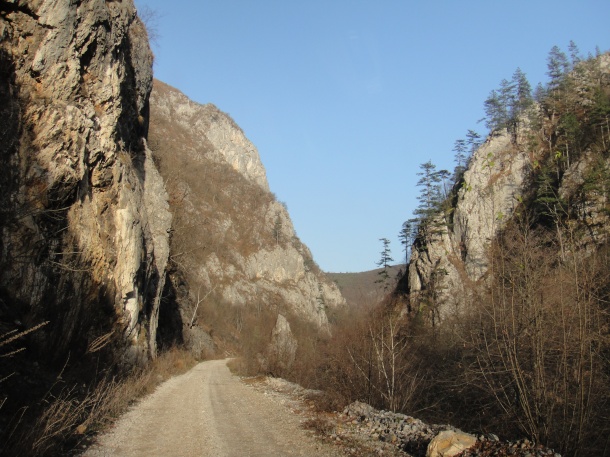 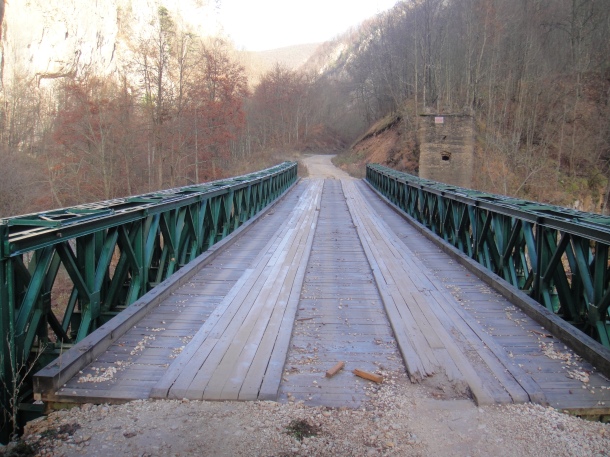 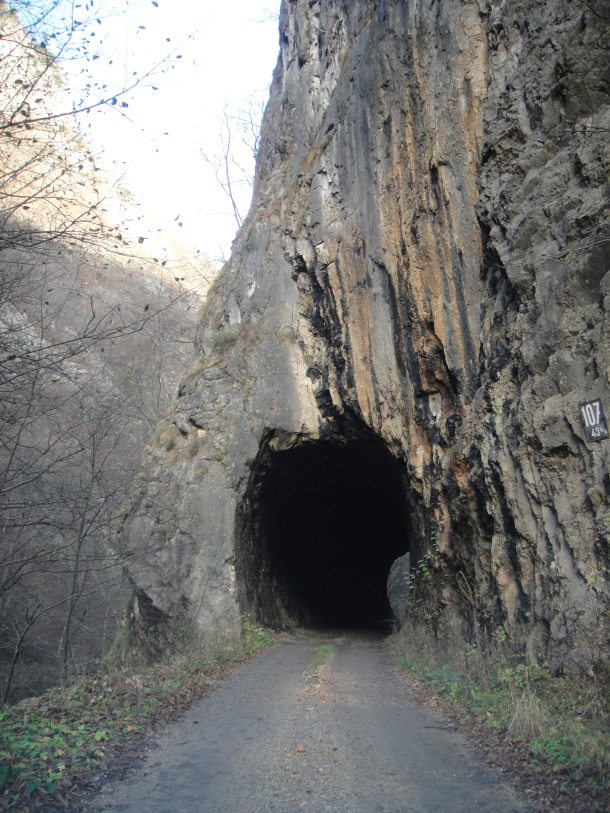 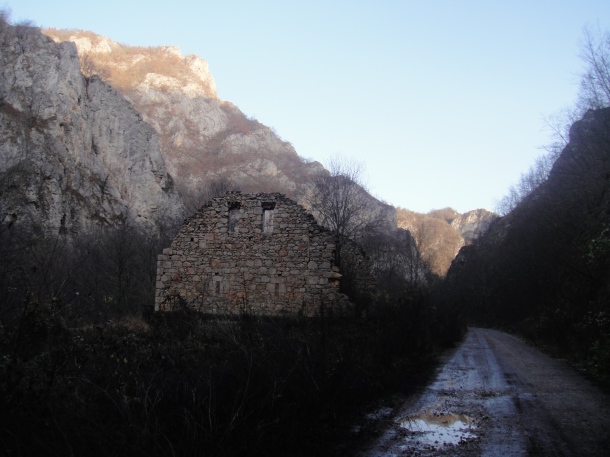 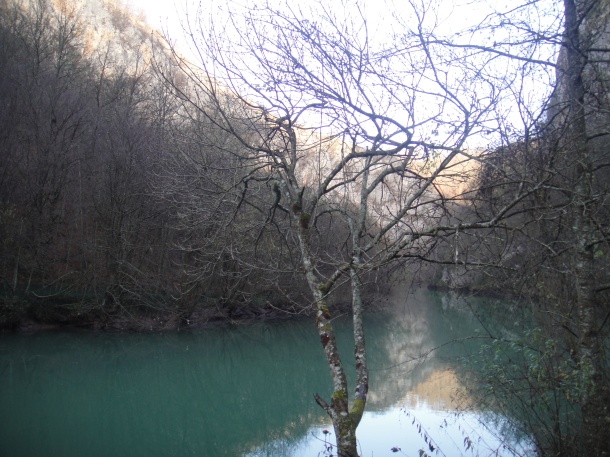 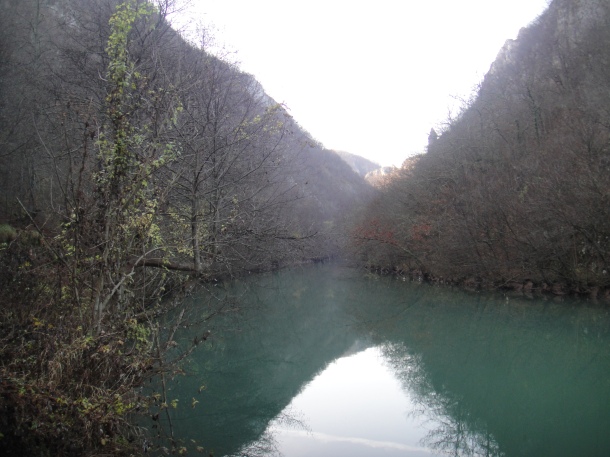 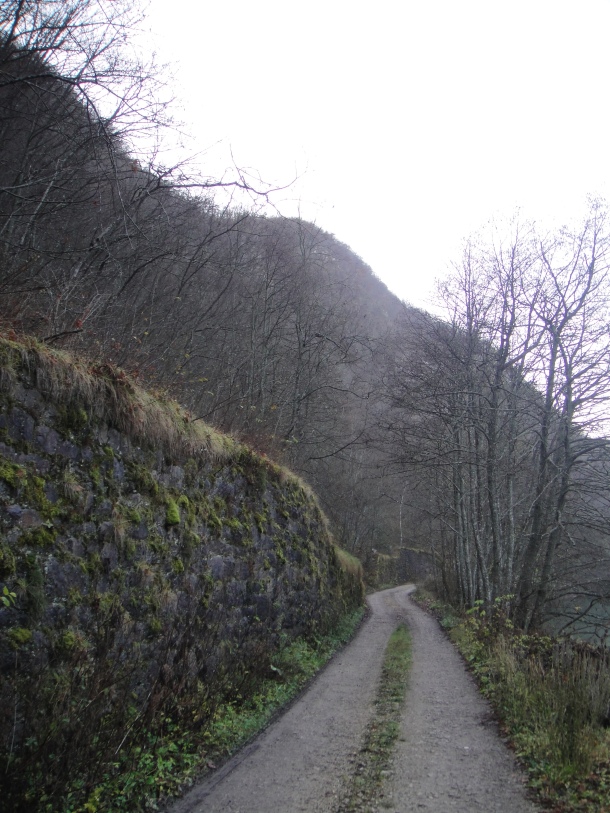 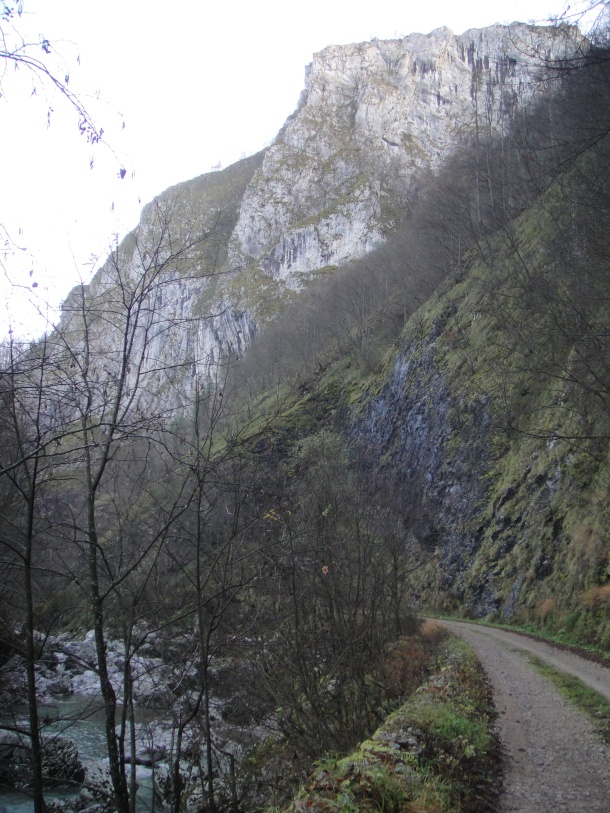 Lake Perucac… Mass graves from killings in the 1990s are still being periodically uncovered on the shores of this lovely lake: 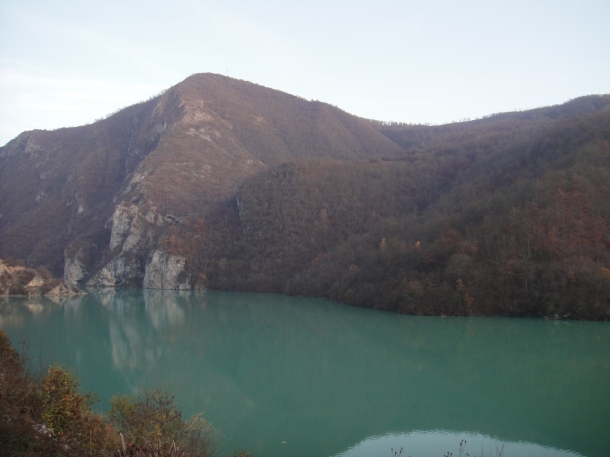 After eventually rejoining a larger road network near Visegrad, I could not help but be struck by how utterly empty and abandoned the countryside was. It was like western Bulgaria: 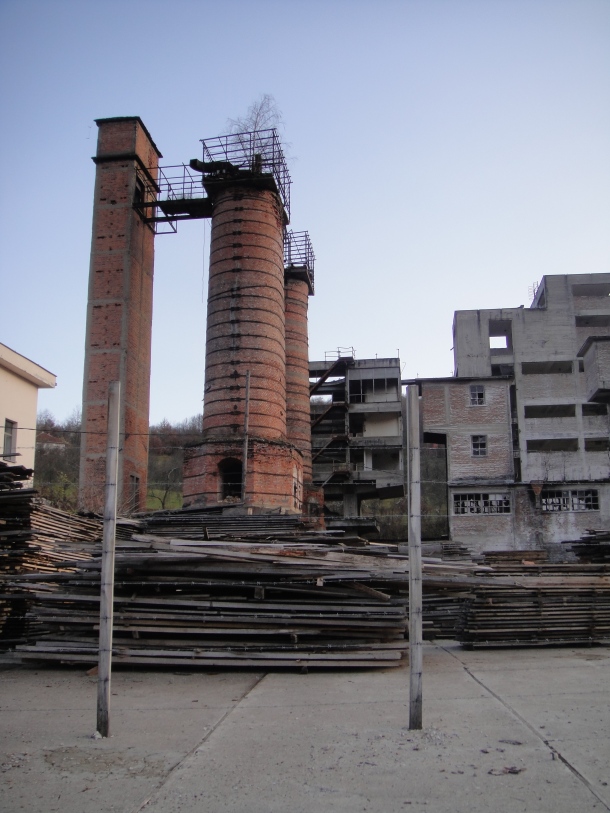 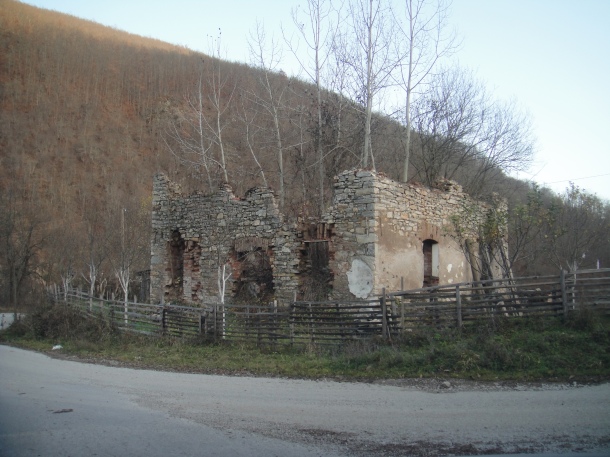 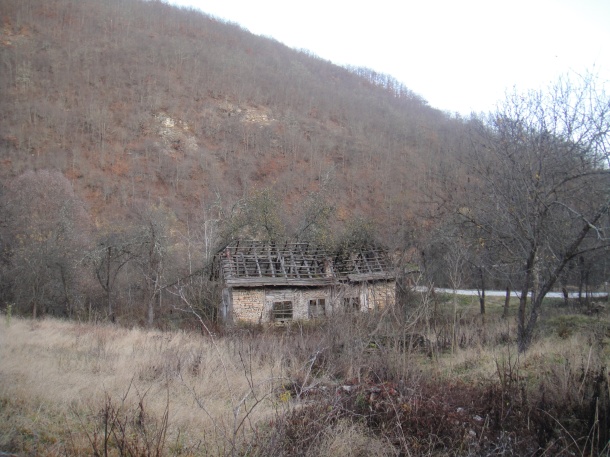 It wasn’t until we were right on the border with Serbia that signs of life began to emerge again: 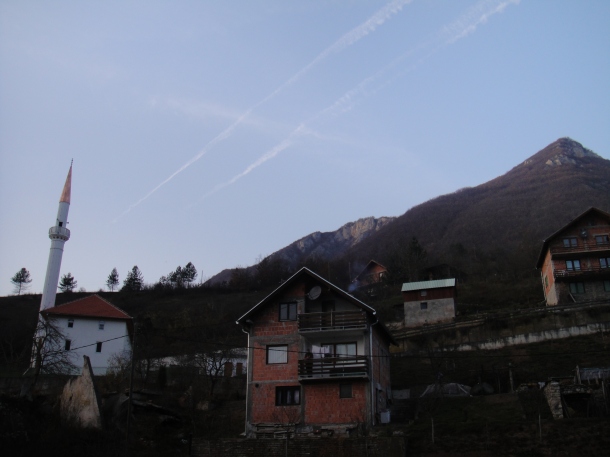 6 thoughts on “The M-5 in Bosnia – Sjetlina, Podgrab, Praca, the Praca River Gorge And More…”