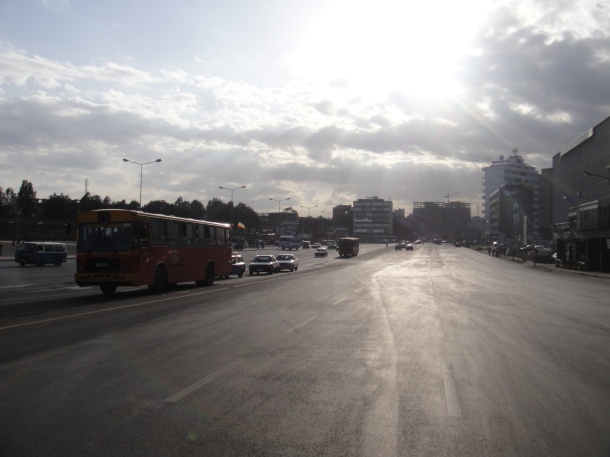 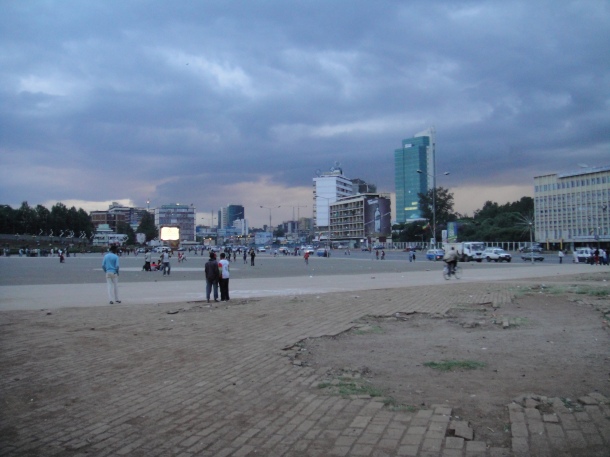 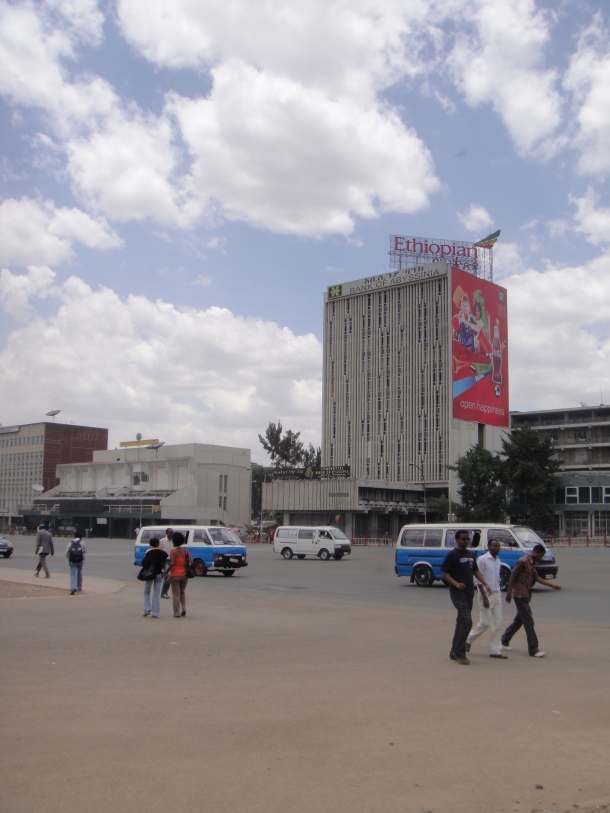 One can see many famous runners exercising here in the mornings: 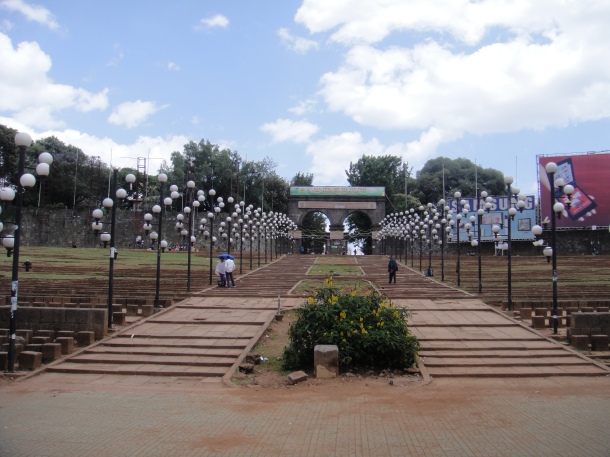 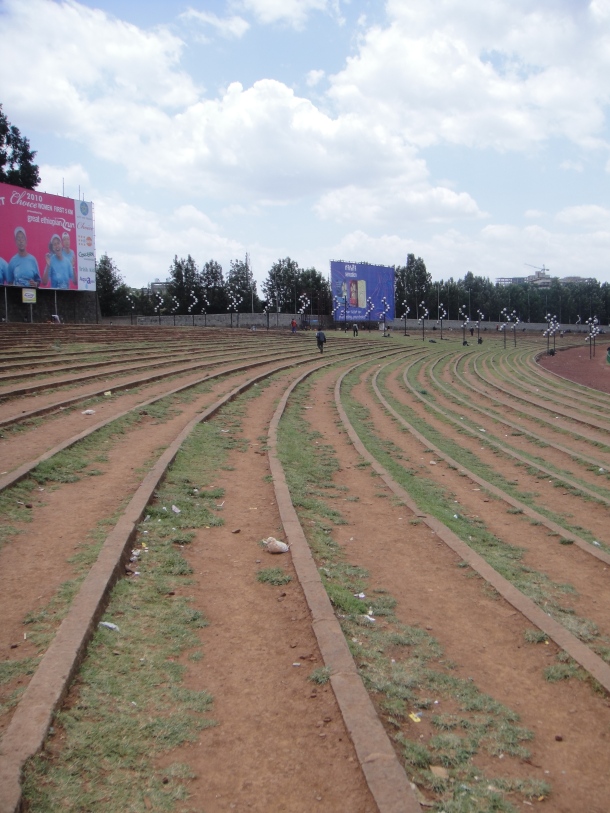 As a main focal point in the city, Meskal Square attracts all manner of people. Don’t go anywhere with someone that approaches you here.

A common trick in Ethiopia known as the “siren scam” involves one accepting an invitation to visit someone in their home where you will be introduced to their “family” (which just happens to consist of a number of women). Tea will be served and the women will want to show off for you a traditional Ethiopian dance they “just learned.” After a few minutes of sipping tea and watching the dance your host will present you with an astronomical bill for the drinks and entertainment.

An Ethiopian at Meskal Square ran this one on us, but we ejected as soon as we realized what was going on. It’s difficult because many people will come up and talk to you and it takes a little while to sort out who is genuine and who is trying to get something from you.

This was quite near Meskal Square not that many years ago: 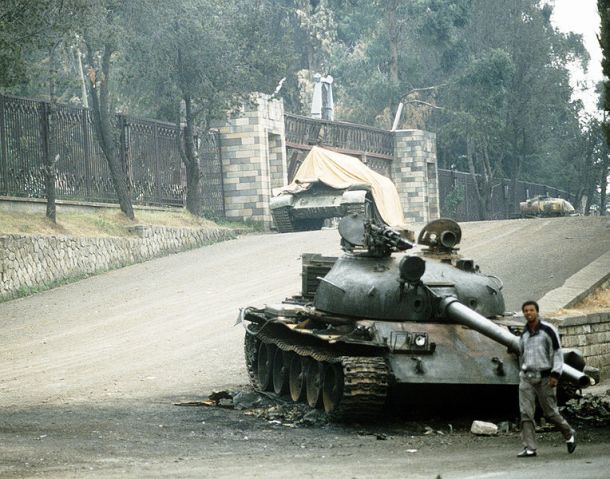