This hill station was the capital of British-created Assam from 1874 to 1972 when the state of Meghalaya was carved out of Assam. Since becoming the state capital it has rapidly developed into a typical modern Indian town and in doing so, some of its older colonial buildings have been demolished. However, in parts it still retains its charm and the air is always refreshingly cool given the elevation. 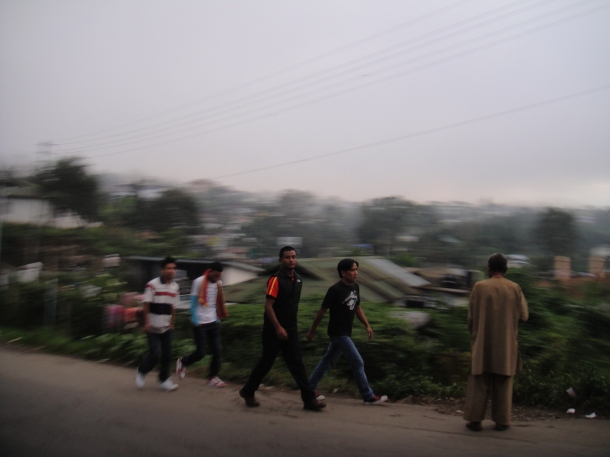 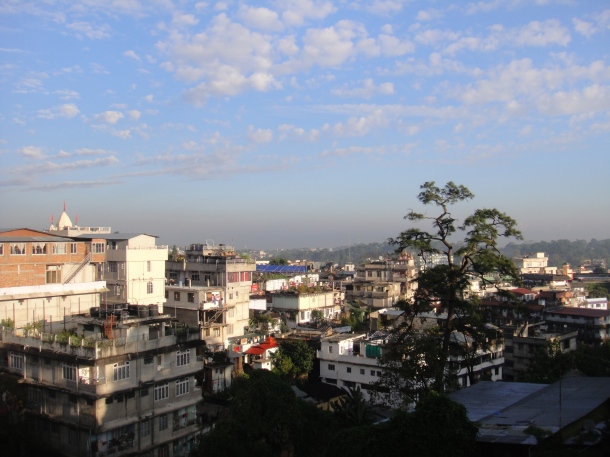 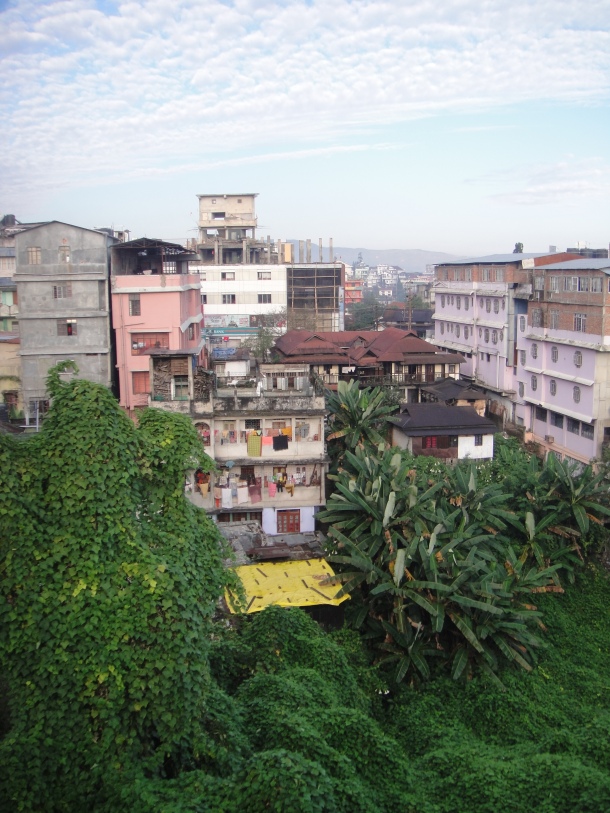 Some elements of Shillong’s colonial heritage can still be found as the architecture of this home below demonstrates… Colonial-era Shillong was planned around an artificial lake named Ward’s Lake and its ornamental bridge. Although, as I alluded to above, the city’s half-timbered architecture has been rather swamped by drab Indian concrete, areas such as Oakland retain many older houses.

The Pinewood Hotel (where we were booked until getting thrown out when the Indian Army decided they wanted the hotel for the month), a 1920s tea-grower’s retreat, is particularly representative of the Colonial style and charm. And the nearby All Saints’ Cathedral, constructed in 1902, looks as if it belongs pictured on an English biscuit tin:

This is Ninja (on the left) and Cassanova (on the right). Ninja is related to Pei, one of the local fixers we worked with, and they showed us around Shillong. Ninja and Cassanova are from Arunachal Pradesh originally, but are attending a university in Shillong and are, thus, familiar with the town: 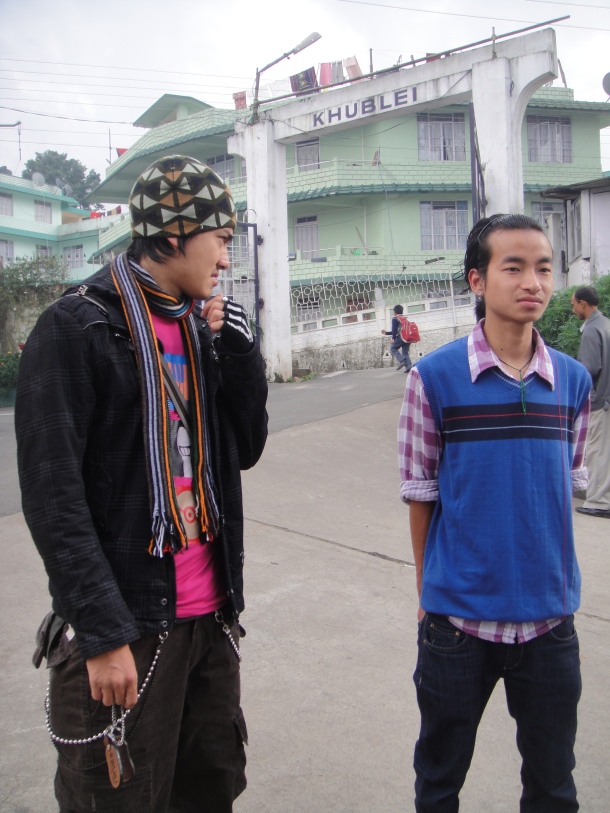 I was particularly taken with the bazaar in Shillong, which is also known as the Bara Bazar: 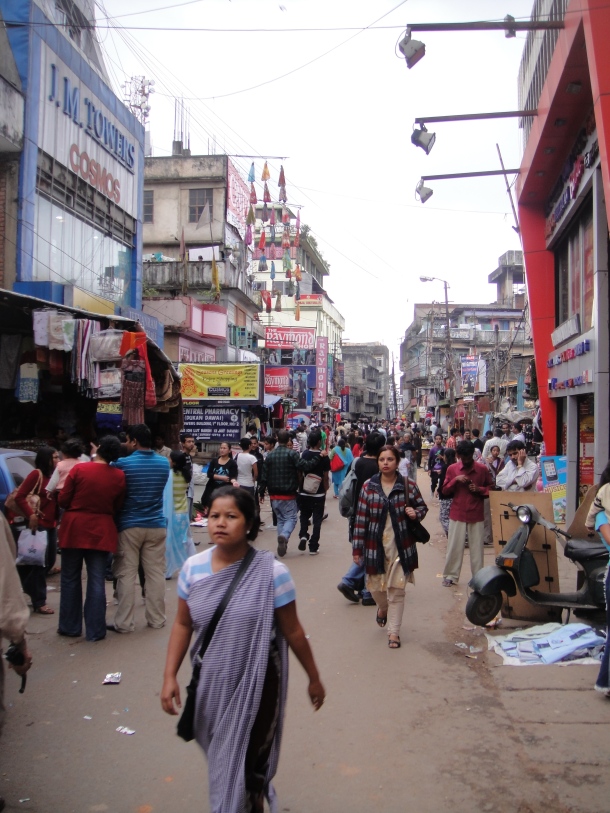 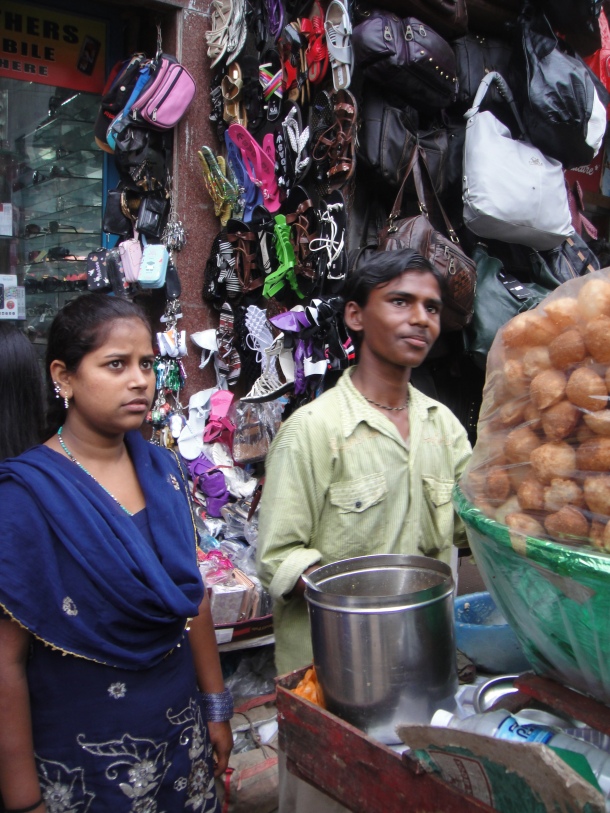 This woman is selling betel nuts – a mild narcotic popular with the local Khasi tribe:

The meat section of the bazaar:

This man’s specialty is dried fish and every basket and pile around him contains a different variety: 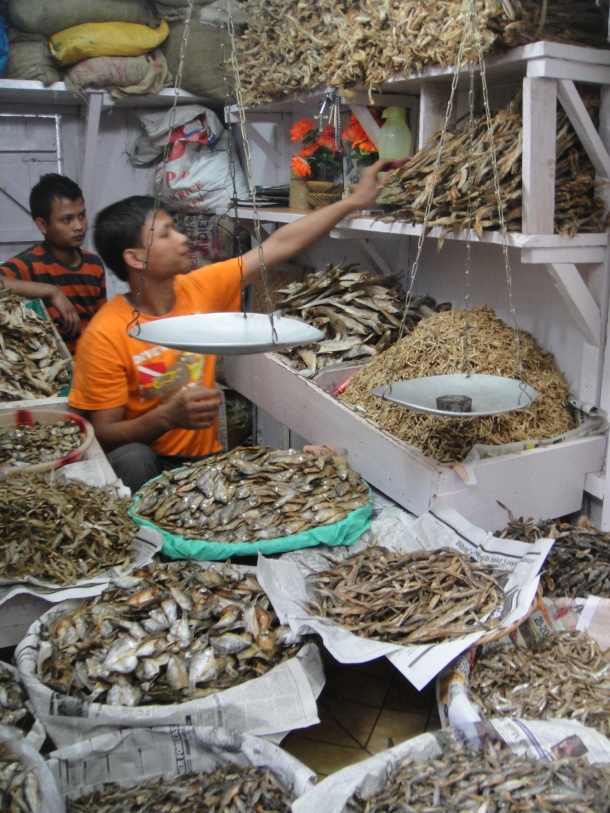 He’s cutting off a block of candy that I can best describe as being like dried maple syrup:

This is a teahouse we stopped in for a little while:

This is the vegetable section of the bazaar… You can buy Naga chilies here – the hottest chilies on Earth. My Italian and I each tried a small piece of one and it kicked our asses. They really, really burn and we were in pain for at least several minutes after our small sampling: 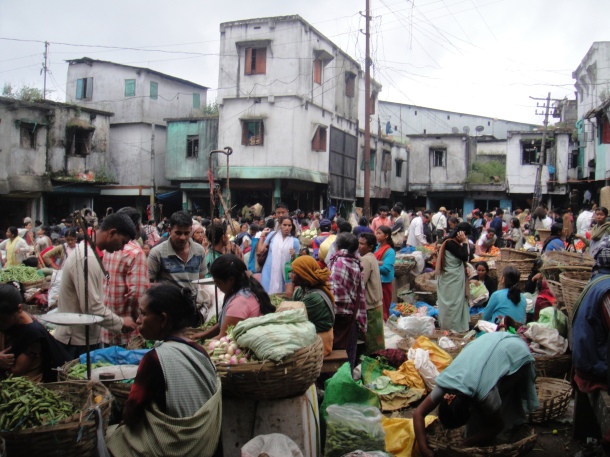 Things don’t slow down once it gets dark: 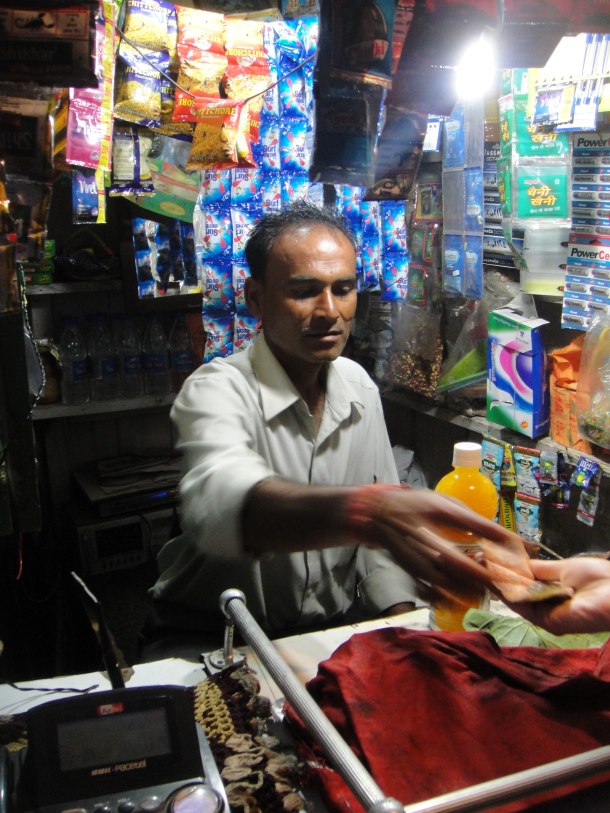 6 thoughts on “Shillong And The Shillong Bazaar – Meghalaya, India”