Remember those luxury SUVs I described pushing their way through Petionville? Well, the homes of their occupants are mostly found along the route to Kenscoff: 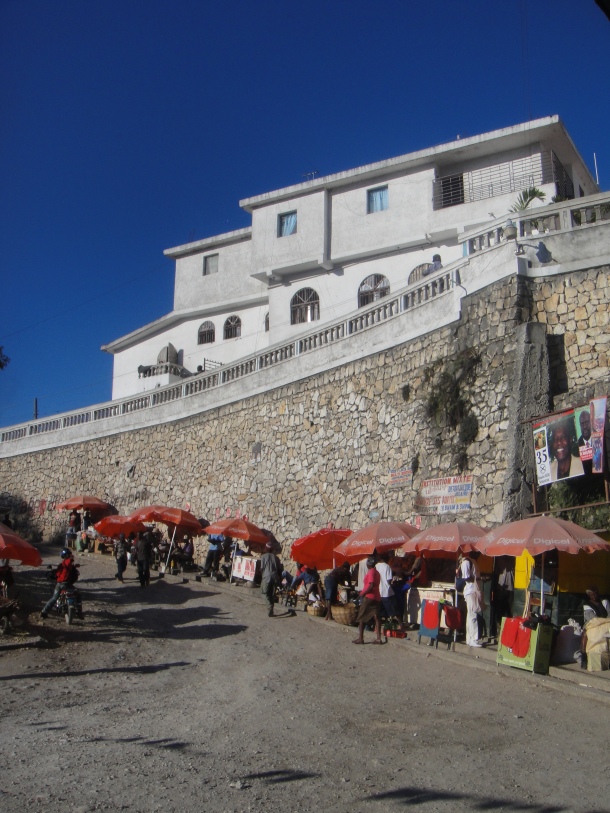 Kenscoff itself is more laid back and off the beaten track. However, at nearly 6,000 feet of elevation, its cool mountain air does sometimes attract residents of Petionville and Port-au-Prince.

This is a highly productive area for the growing of vegetables and residents will often hike for many miles to the street markets of Petionville in order to sell the vegetables they have raised: 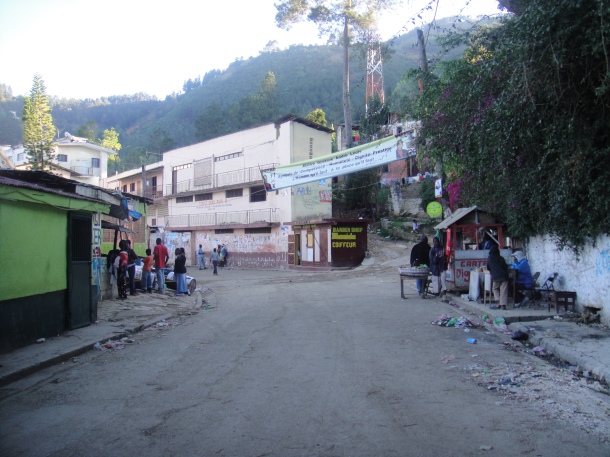 That’s a small encampment of earthquake refugees off to the left:

Another view of the refugee camp: 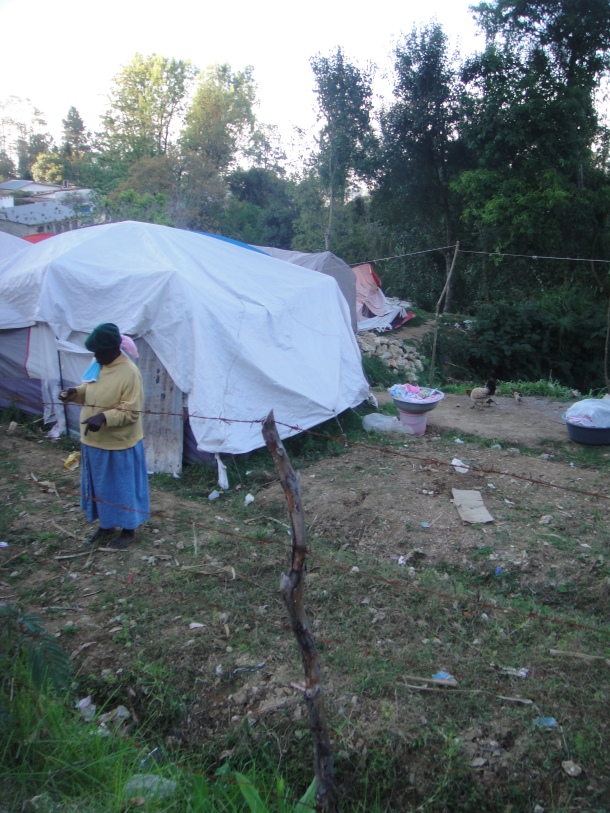 Those dark shapes in the background are women harvesting vegetables: 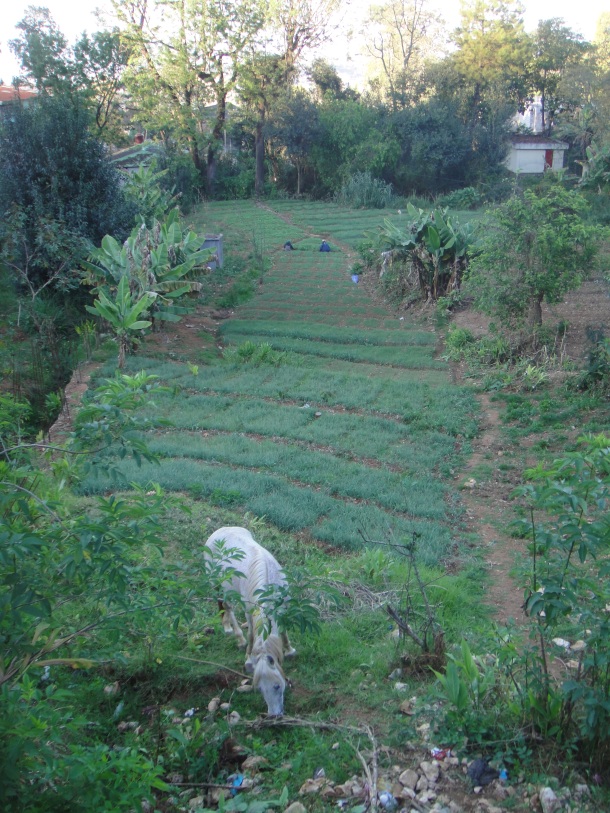 Another field of vegetables: 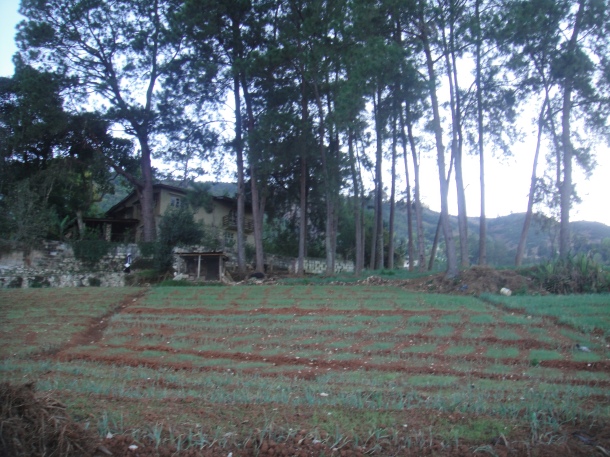 This man was tending to a miniscule plot of vegetables, but apparently it is enough to feed him and his family:

Something else comes from the hills too – Trees. More than 99% of Haiti has been deforested, largely for the production of charcoal. Some of the few remaining forested areas in Haiti are in the hills around Kenscoff. However, they too are rapidly ending up converted to charcoal for sale on the streets of Port-au-Prince as seen below: 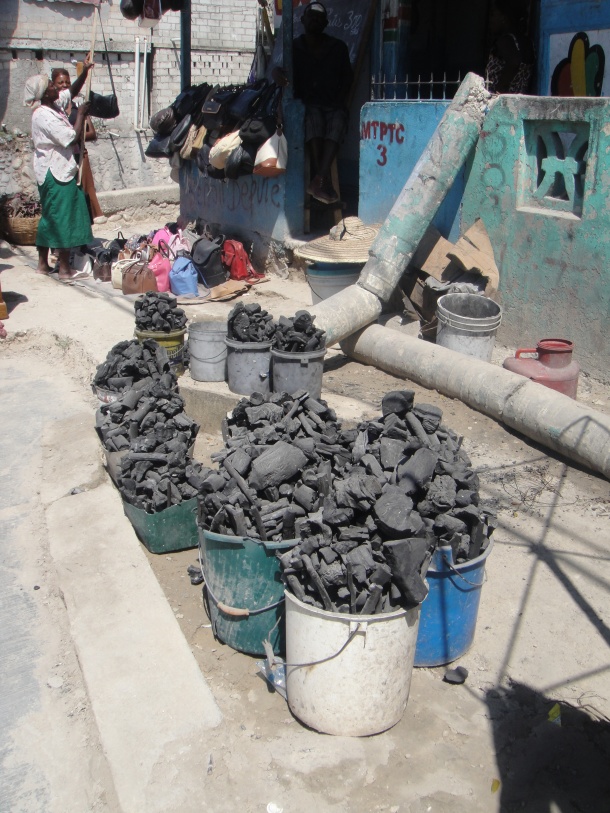