Dominating the small Georgian town of Mtskheta, the cathedral of Sveti Tskhoveli rises on the site of the palace of the kings of Iveria. The final resting place for numerous Georgian kings, it is also supposedly where the robe of Christ is buried.

The first church in this location was built of wood in the 4th century AD, while the present church was constructed between 1010-29: 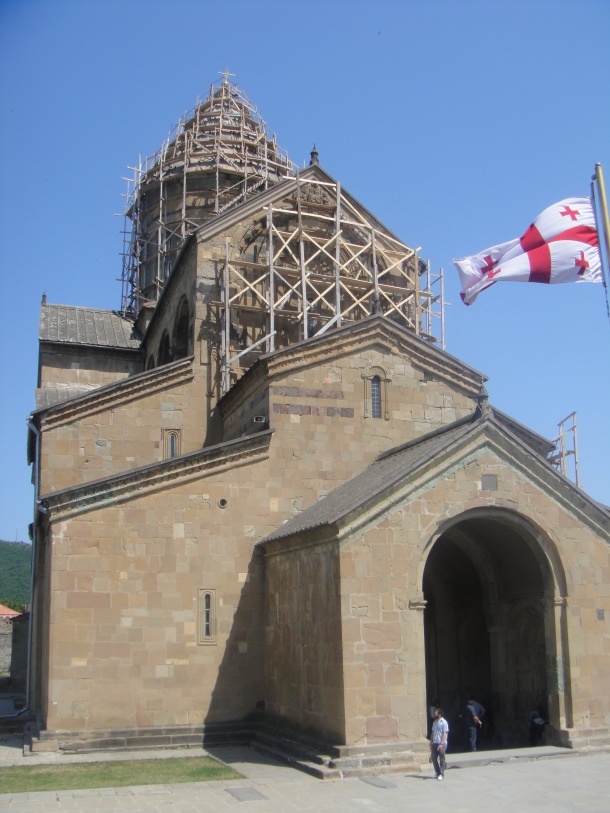 Some of the local flavor… It’s worth clicking on the picture for the close-up, I promise: 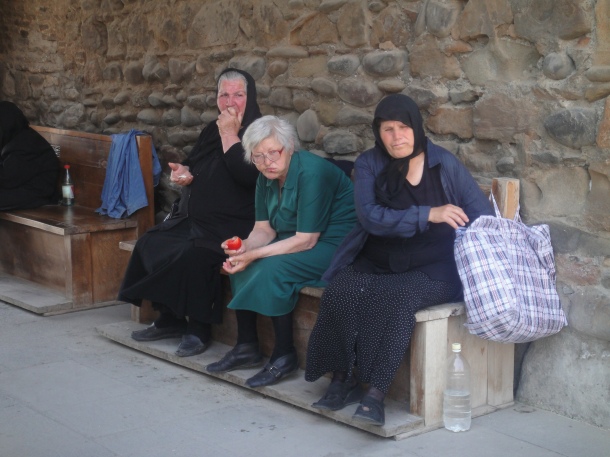 The interior of Sveti Tskhoveli: 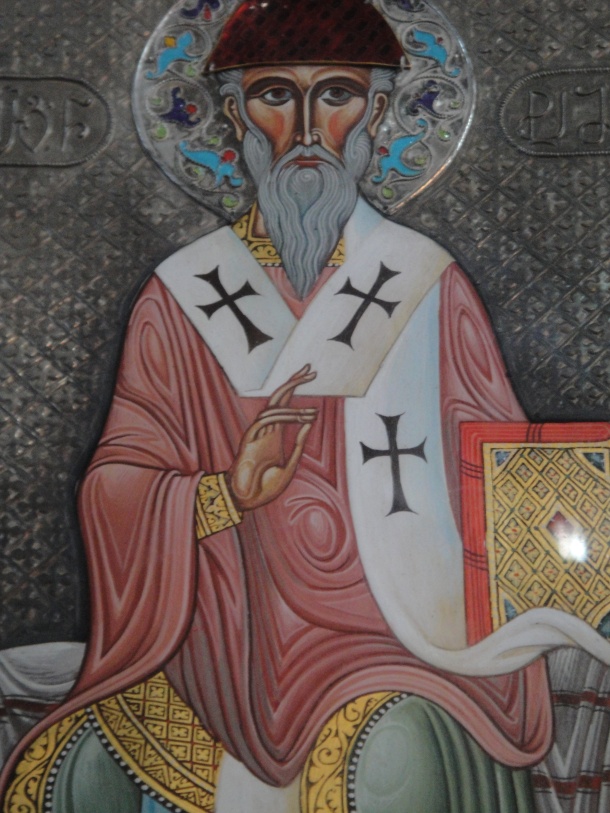 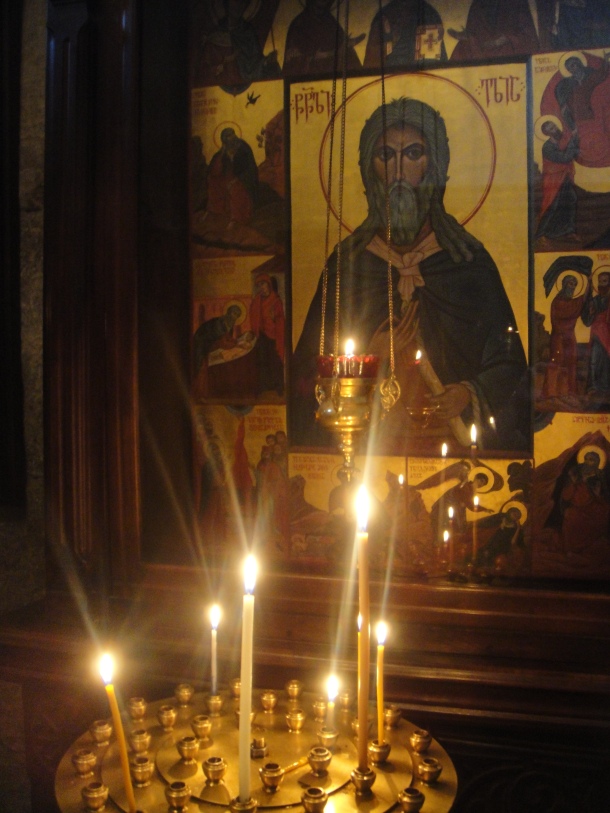 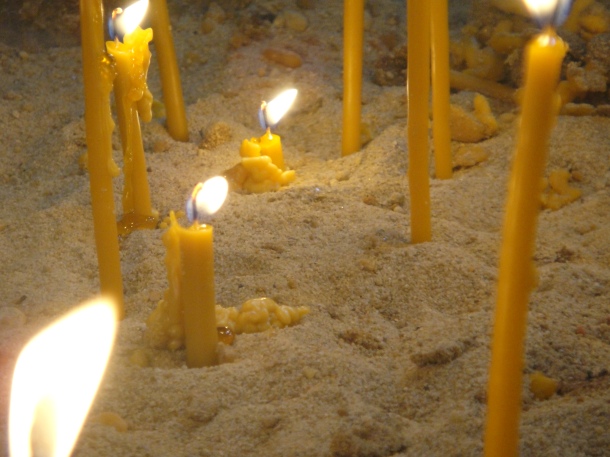 A priest of the Georgian Orthodox Church within Sveti Tskhoveli Cathedral: 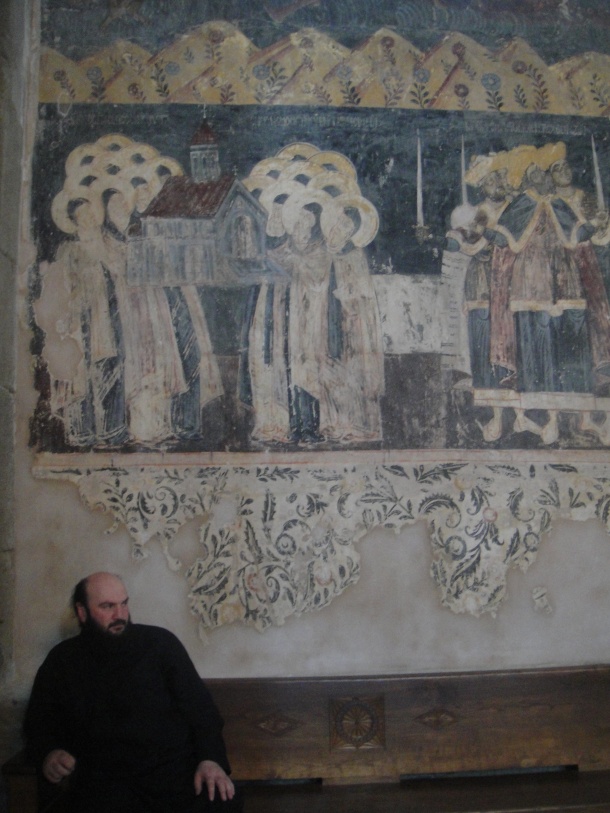 One can’t fail to notice that the faces on many of the frescoes near the ground level have been scratched out. I presume this was done during one of the times that invaders of the Islamic faith passed through the area given their feelings on the subject of idolatry: 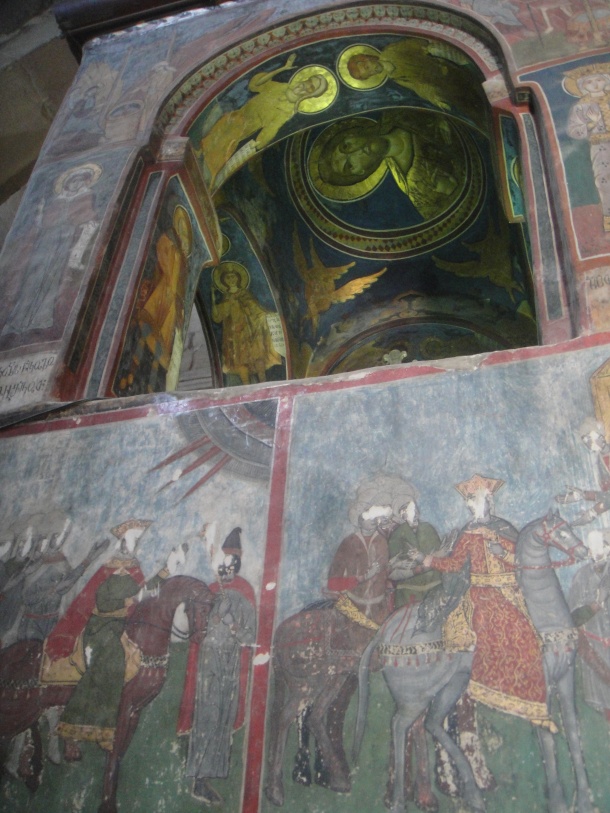 Why is it called the UFO Church?

It has been alleged that there are undeniably two flying saucers painted at eye level on the altar fresco of the crucifixion, and another over the arch.

Below, is a picture taken of the altar fresco with the flying saucers highlighted:

In any case they were unfortunately whitewashed over a number of years ago, which is why I do not include a picture of them here in order for you to judge for yourself.

While this web site does a convincing job of debunking any UFO connection, it is still fun to contemplate the possibilities and implications presented by possible extraterrestrial involvement.

One thought on “Mtskheta’s Sveti Tskhoveli Cathedral – The “UFO Church””