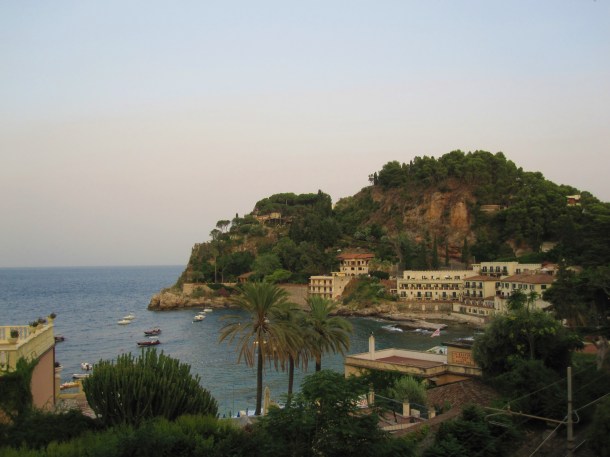 Taormina is a small town on the east coast of the island of Sicily, found north of the city of Catania and close to Mount Etna…

Given the region of the world in which it is found, Taormina, of course, has an extensive history which stretches back to pre-Greek times. Taormina has been inhabited or conquered at various times by the Siculi, the Greeks, the Romans, rebellious Roman slaves during the First Servile War, the Byzantines, the Arabs, the Normans (and their heirs in the form of the Hohenstaufen), the Spanish and eventually the Bourbon dynasty of the Kingdom of Two Sicilies until Italian unification at the hands of Giuseppe Garibaldi in 1860.

Prominent visitors to Taormina have included Oscar Wilde, Nicholas I of Russia, Johann Wolfgang von Goethe, Nietzsche and Richard Wagner among others.

This is the Taormina of today: 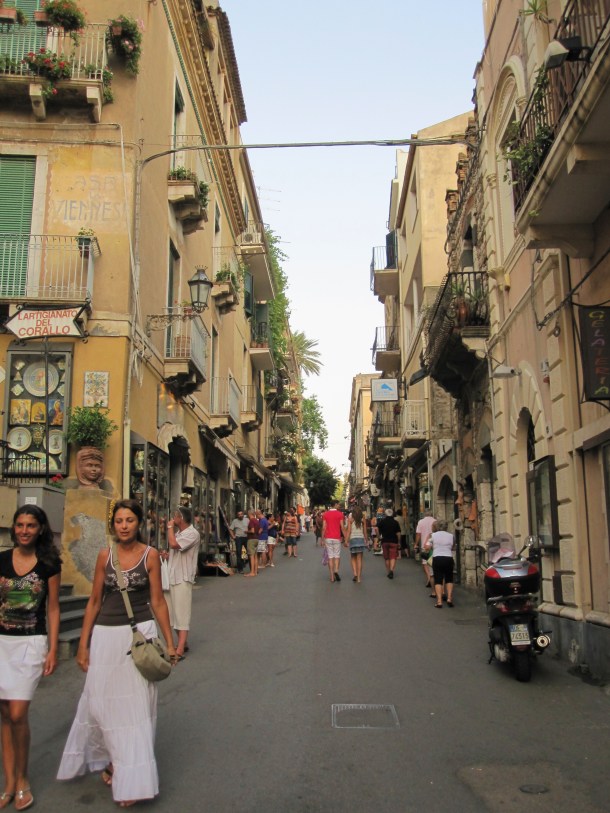 That island is the appropriately named Isola Bella: 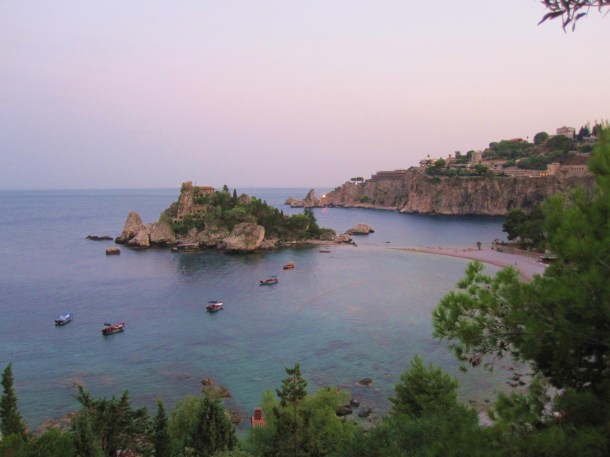 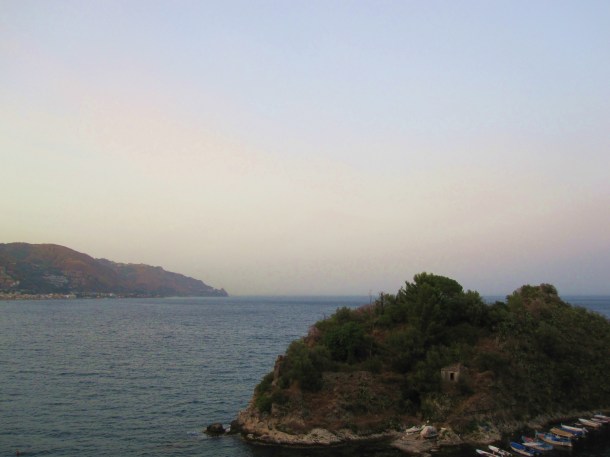 The beach in Taormina: