The Bible is full of references to Megiddo, but the one that captures everyone’s attention is the identification of Megiddo in the New Testament Book of Revelation as the host for Armageddon (Revelation 16:16). Yes, this is the site that Saint John predicted would host the last great battle between the forces of good and evil at the End of Days, to be followed by God’s reign on earth…

This has made Megiddo a popular attraction for doomsday watchers or just the plain curious (such as your editor).

Although nothing too apocalyptic has occurred yet, Megiddo and its surrounding fields are no stranger to bloodshed and destruction as it has been the scene of many important battles throughout the ages:

Details of the first blood to be spilled at Megiddo come from hieroglyphics on the wall of Karnak Temple in Luxor, which describe the battle that Thutmose III fought here in 1468 (or 1478) BC against a Canaanite coalition. Megiddo remained a prosperous Egyptian stronghold for at least 100 years, holding out against the Israelites and probably only falling to David. Under his son, Solomon, Megiddo became one of the jewels of the kingdom, known as the Chariot City – excavations have revealed traces of stables extensive enough to have held thousands of horses.

Today, Megiddo is widely considered one of the most important archaeological sites in Israel. Strategically located at the mouth of the Arunah Pass, Megiddo controlled access to the road that linked Egypt with Mesopotamia and Anatolia – the principal trade and military route of that time (helping make it one of the most fought-over cities in the region).

Furthermore, Megiddo is the only site in Israel mentioned in the records of all ancient Near Eastern powers.

The ruins of the city… Below is a view of the remains of a palace complex from the Late Canaanite period:

These structures are vestiges of the city built after the Assyrian conquest in 732 BC:

For a while Megiddo was a strategic stronghold on the Roman Empire’s Via Maris trade route, but by the 4th century BC the town had inexplicably become uninhabited: 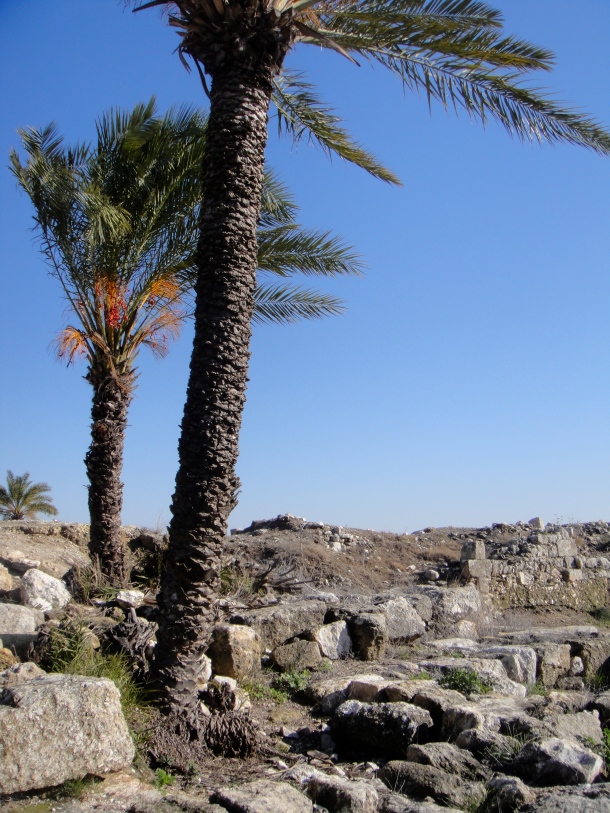 Near the site of the southern stables complex in Megiddo:

One component of the Megiddo complex which I found particularly interesting are the remains of the secret water system which was constructed in the 10th or 9th century BC. The intent of the water system was to develop the capability to bring water into Megiddo without actually having to leave the city’s walls. To bring this plan to fruition, Megiddo’s inhabitants sunk a shaft 36 meters down through solid rock and then constructed a tunnel of more than 70 meters to the spring which served the city’s water needs.

The spring was located in a cave at the foot of the mound outside the city’s walls. However, the tunnel was cut on an incline so the water would flow to the bottom of the shaft (inside the city walls) and the inhabitants could draw water out while standing on top. The entrance to the cave outside of the city walls in which the spring was found was sealed with a massive stone wall and concealed with earth, so that an enemy besieging the city would not discover its location.

Your editor making his way down the tunnel to the spring:

A view back at the mound (also referred to as Mount Megiddo) upon which the Megiddo site rests: 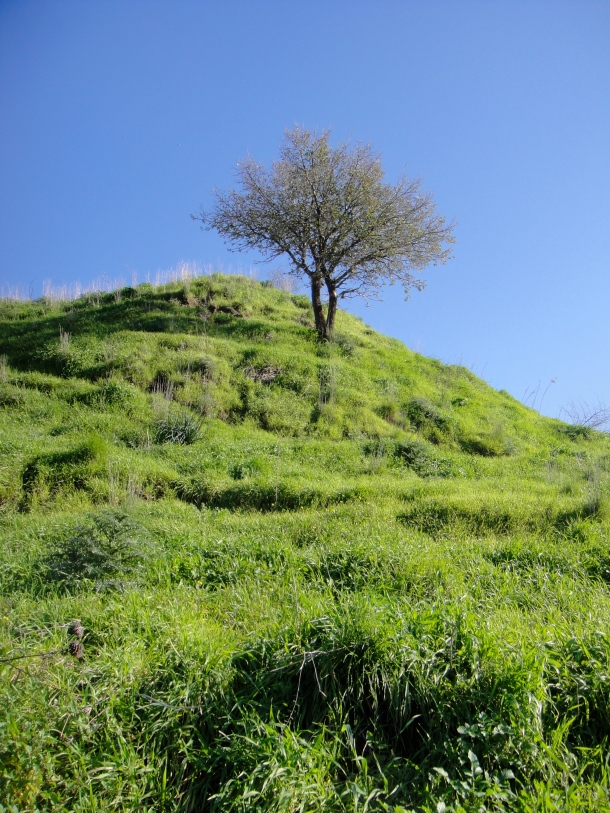 To the left of the exit of the water tunnel cave one may find Kibbutz Megiddo… The kibbutz was founded in 1949 by Holocaust survivors, partisans and fighters from Poland and Germany:

The ancient city of Megiddo may have become a ghost town, nevertheless, the strategic importance of the site remained… During World War I, fierce battles were fought between the British, led by Field Marshal Edmund Allenby, and the Ottoman Turks for control of Megiddo and the Jezreel Valley. Like Thutmose III before him, Allenby marched through the Arunah Pass. Following the victory of the British forces, Allenby took the title “Lord Allenby of Megiddo.”

Jewish and Arab forces also fought here during the 1948 War.

And these ancient killing fields of the Jezreel Valley certainly have not seen the last drop of blood being spilled upon them if the Christians end up being right about Armageddon: 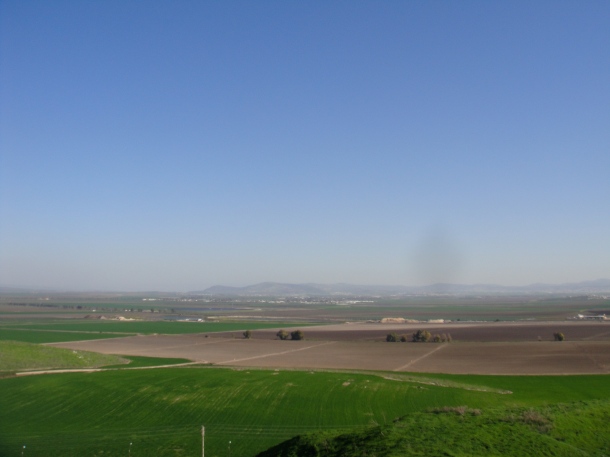 3 thoughts on “Armageddon in Megiddo”