Looking deep into Syria from an abandoned bunker on top of Mount Bental: 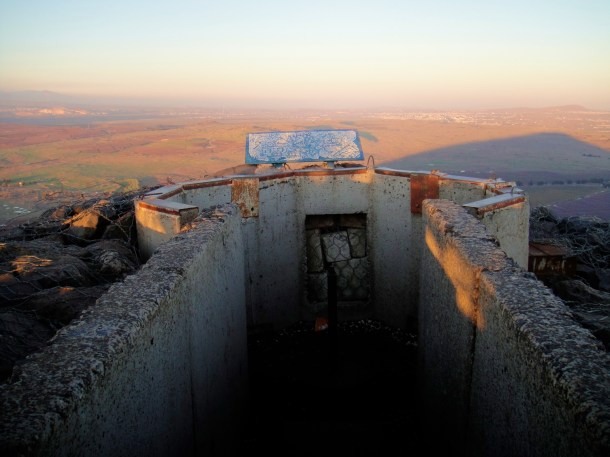 It is worthwhile for one to make their way to the top of Mount Bental for the views alone… After all, this inactive volcano delivers great views of Lebanon, Israel, Syria, Mount Hermon, Mount Avital and the infamous Quneitra.

However, summiting Mount Bental will also provide one with a keener appreciation of the strategic significance of the Golan Heights. And as if that were not enough, it also serves as a splendid overlook for a number of sites of historical significance.

Unsurprisingly, the commanding views from atop Mount Bental did not go unnoticed by either the Syrian or Israeli military as the many abandoned bunkers and trenches in the area will attest to.

Some of the abandoned bunkers… 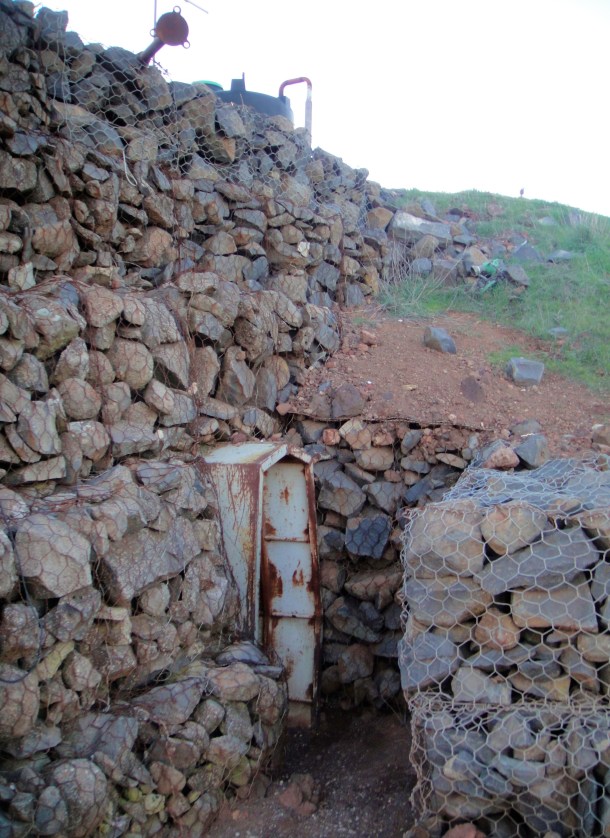 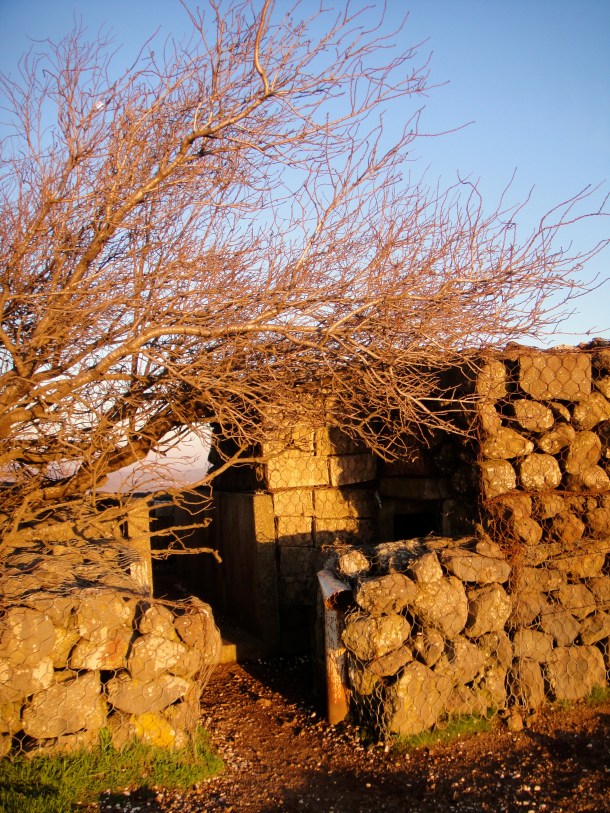 …and trenches on top of Mount Bental:

Apparently, it is considered advisable to keep to established paths in this area, because old Syrian minefields remain uncleared just off of these paths. Some people, as I discovered with my Italian interpreter in Nagorno-Karabakh, seem put off by minefields: 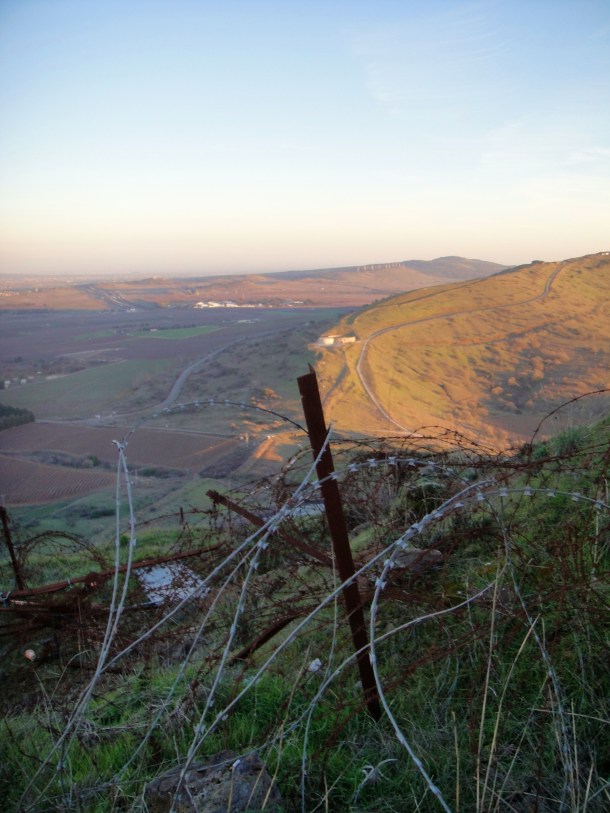 Once you’re up here and are able to enjoy the perspective that the gunners who used to occupy these bunkers had of the valley below, you can better appreciate just how valuable this real estate was/is from a military perspective.

I tested my rusty bouldering skills to scramble through Mount Bental’s flooded underground bunker complex in order to reach this point (pictured below) where a gunner was assigned. The photo out this slit in the reinforced concrete of the bunker is the exact view the gunner(s) posted here would have had of the the valley below: 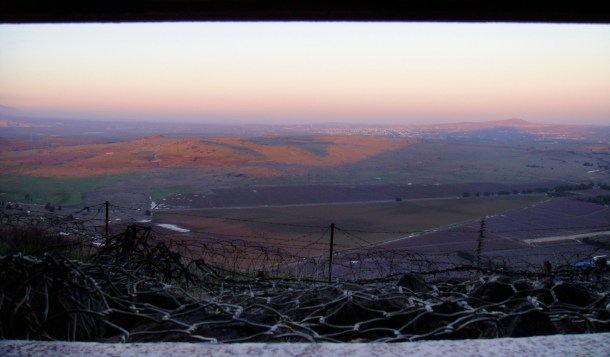 Just to the right of the scene in the photograph above are the ruins of the town of Quneitra. Quneitra was Syria’s main Golan town, but Syria lost it in the 1967 Six-Day War.

Quneitra in the distance: 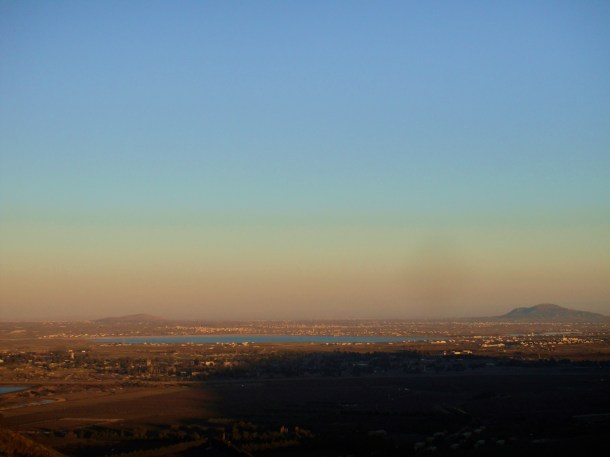 Syria briefly recaptured Quneitra in the course of the fierce fighting that took place in the Golan Heights during the 1973 Yom Kippur War. Ultimately, however, the Israelis were the victors and retained possession of Quneitra.

Under U.S. pressure, Israel agreed in 1974 to accept a demilitarized zone, monitored by the United Nations, between the disputed borders of Syria and Israel in the Golan Heights. The official name for this demilitarized zone is the United Nations Disengagement Observer Force Zone. This agreement required Israel to withdraw from Quneitra, but before doing so, the Israelis destroyed the town.

To make a point and to remind the Syrian people of “the aggressive nature of the Zionist regime”, Syria opted to leave the town in ruins and still actively discourages resettlement of the area. Even today Quneitra is occupied by just a handful of Druze families that survive by providing services for the United Nations troops patrolling the demilitarized zone.

As close as the camera I had with me that day could zoom to Quneitra: 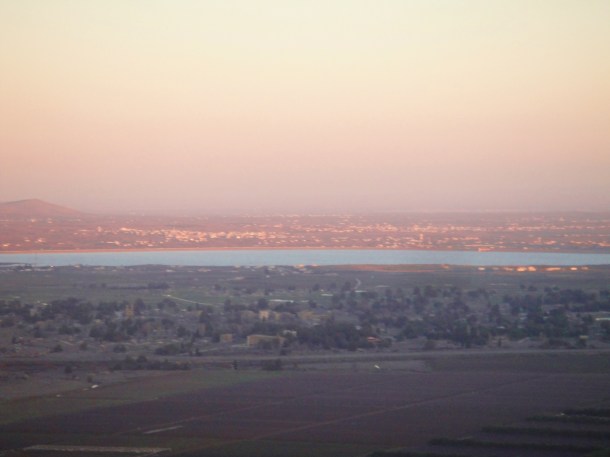 It is actually possible to visit the town with a Syrian military guide (one can apply in Damascus at the Ministry of the Interior). However, I suspect that the Syrian military may have their hands full with slaughtering civilians at the moment. So, one may have to wait until things settle down in Syria before having much chance of that application to visit Quneitra being approved. 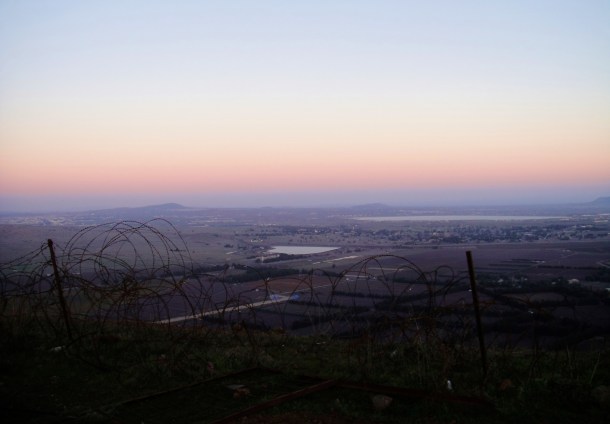 Above, I alluded to intense fighting in this region during the 1973 Yom Kippur War. That may have been a bit of an understatement as one of the largest tank battles in history was fought in the valley below Mount Bental. At the end of the war, with hundreds of burning tanks scattered across the valley floor, it was renamed the Valley of Tears: 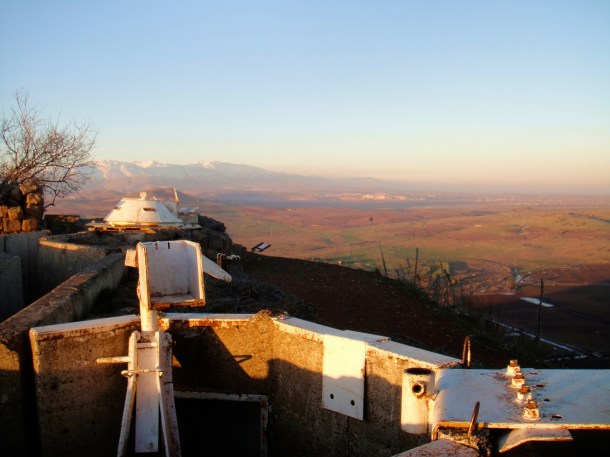 A good book on the tremendous battle that took place here is The Heights of Courage by Avigdor Kahalani, the commander of a tank battalion on the Golan Heights during the Yom Kippur War.

During the fighting that raged in the Valley of Tears, an Israeli brigade consisting of approximately 100 tanks went up alone against a Syrian armored division of 1,260 tanks as well as an entire infantry division. As if that were not enough, the Syrian military was also supplied with gear such as night vision equipment that the Israelis did not possess.

To give that a little more meaning:

The total force of the Syrian 7th Division was about 10,000 men, 200 tanks, 72 artillery pieces and 72 antiaircraft guns and SAMs. However, there were also independent armored brigades with about 2,000 men and 120 tanks each. One of the independent brigades was a Moroccan brigade. In the rear were the 1st and 3rd Armored Divisions, with 250 tanks each. In addition, the Syrian attack force was backed by at least 1,000 artillery pieces.

The Israeli forces in the entire Golan Heights were 170 tanks and 60 artillery pieces divided between the 7th and the Barak brigades.

That Israel was ultimately able to pull a victory out of those circumstances is extraordinary.

Another view of the Valley of Tears: 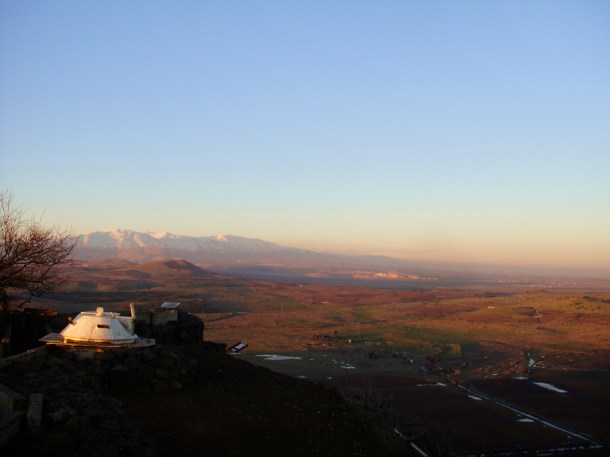 Farther north, beyond the Valley of Tears is Lebanon and Mount Hermon. You’ll recall that I recently showed you the town of Majdal Shams in the foothills of Mount Hermon: 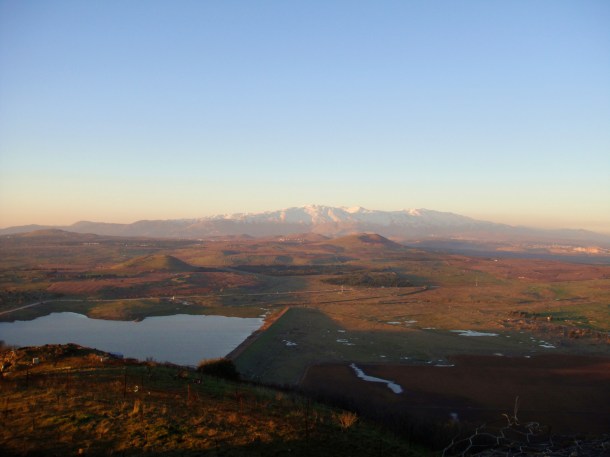 To the south of Mount Bental is Mount Avital – nicknamed “Spy Mountain” because it allegedly houses a high-tech surveillance center: 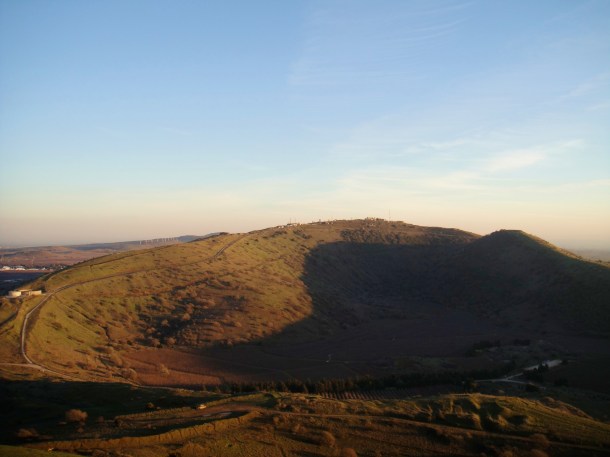 It certainly is host to something as the amount of equipment on top demonstrates. And those are certainly not just simple radio antennas and mobile phone towers: 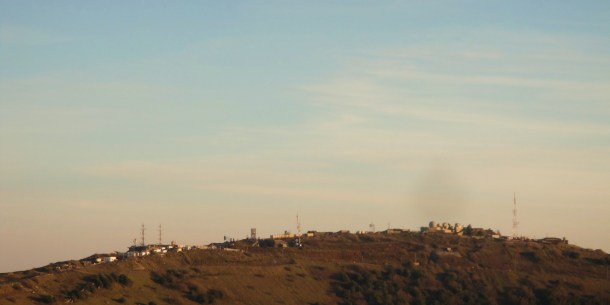 And, lastly, to the west of Mount Bental is the heartland of Israel: 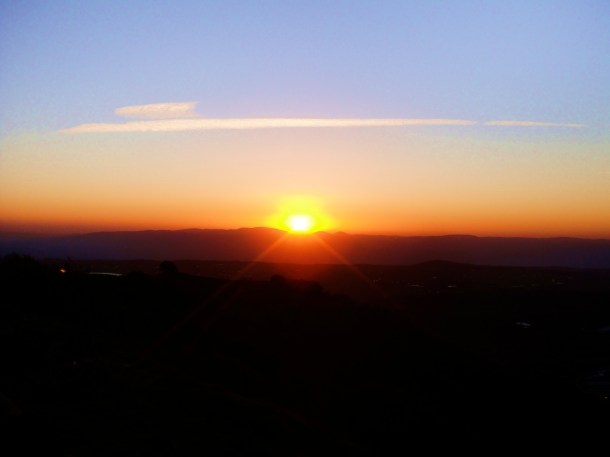