Things change. And in our present era, those changes are often not for the better… The property surrounding the route up to the lookout tower is privately owned and due to liability headaches, the owner – CHY Company – have now posted “No Trespassing” signs on the routes in.

As such, I would suggest visiting some of the other peaks with fire lookouts in the area that are on public land (and are surrounded by public land). Alternatively, one can volunteer at the Oregon Peak lookout tower (they are always looking for volunteers) or become friends with a volunteer that works there and they can help facilitate a visit.

Here is the view from the east deck of the Ames manor: 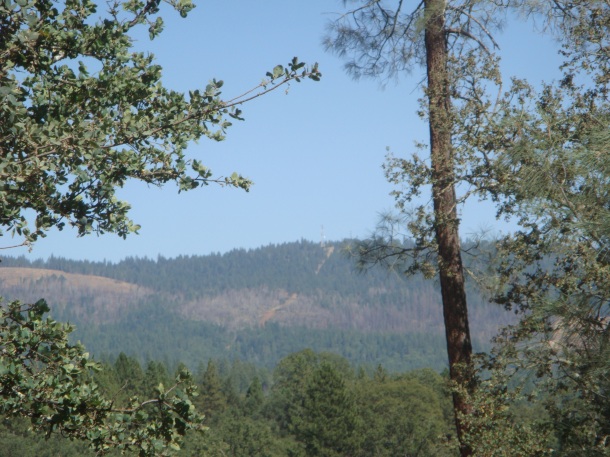 Now, recent forest fires have severely scarred the hillsides around Oregon Peak. So, keep that in mind. I’ve hiked up to Oregon Peak a few times before, but I’ve never documented it before. I realized that I needed to take care of that before heading overseas for an indefinite period.

So, I enlisted Sadie and we set out.

Unless you have bolt cutters or keys to the gates put in place by the Forest Service, park by this sign next to the old 4H camp along Oregon Hill Road (By the way, for any film directors reading this – that would be a great site for a horror movie). 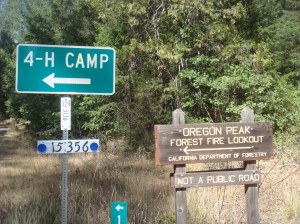 This is the first gate you’ll see.  Just walk around it or under it.  You’re allowed back here.  You’re just not allowed to drive back here. 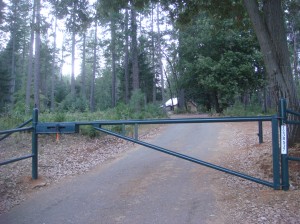 Here’s a view of the old 4H camp which is off to the right when you first start up the fire road to the top of Oregon Peak. 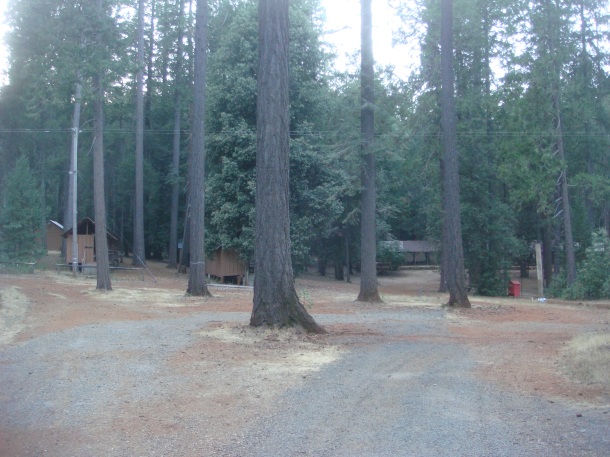 Sadie noticed this grasshopper on the road.  After getting closer and closer to take its picture, I assumed it was dead, but after literally touching it, the grasshopper decided to be alive and hopped away. 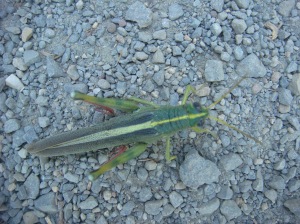 CHY Co. has been doing a lot of logging in the National Forest property (and on their own property) around Oregon Peak.  Part of this is removing trees that were burned in the recent fires and part of it is a fuel reduction program – an example of which you will see on the way to the top and/or in the picture below: 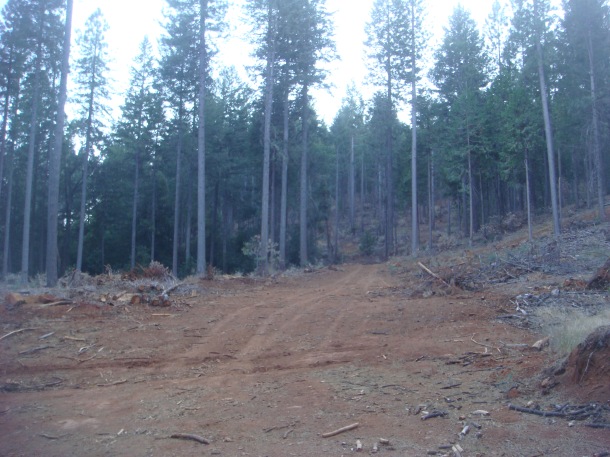 The road switchbacks up, but is quite easy to walk on. 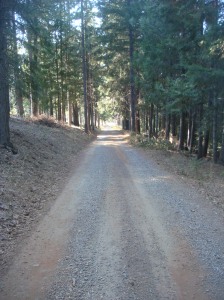 And the views start to get better.  You can’t tell in this picture, but those are the Sierra Buttes off in the distance. 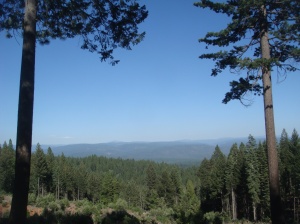 Sadie and I thought this was an, ummm, interesting tree… 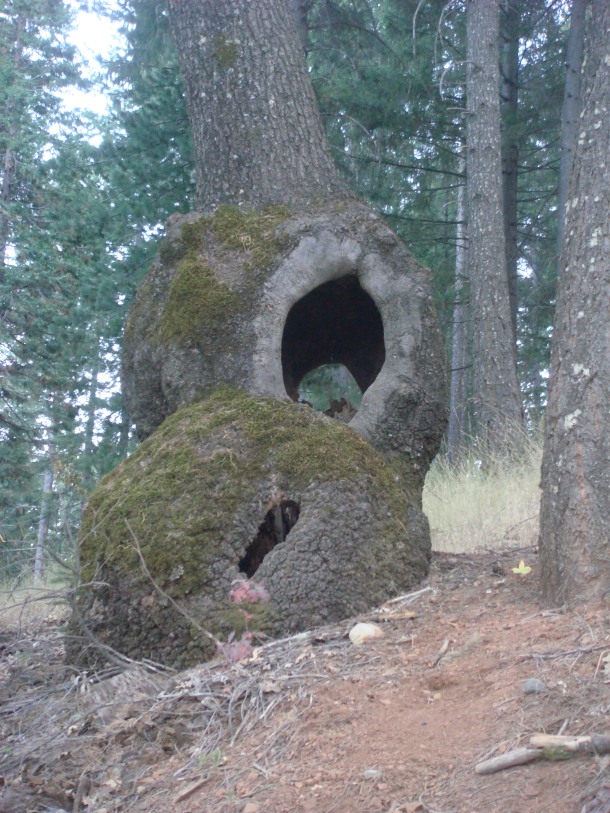 This is the first communications tower you’ll pass on the route to the top.  It is also the most prominent – especially at night as there is a blinking red light on top which can be seen from many miles away. 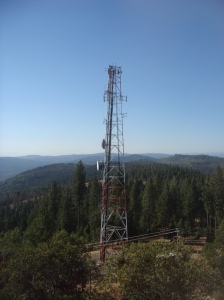 The signs of success. 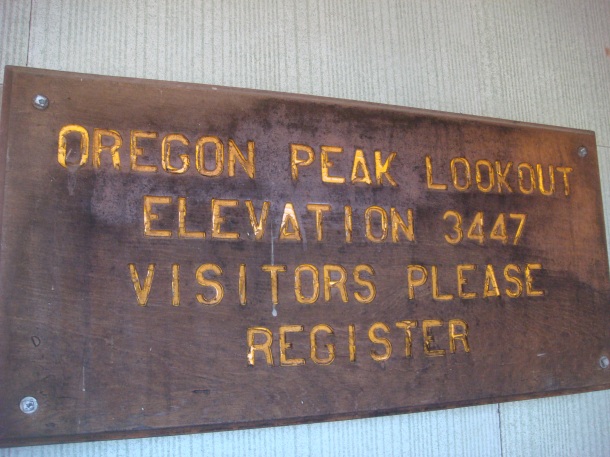 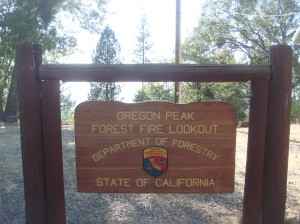 Here is the view from the top of Oregon Peak out toward Oregon House, the Central Valley, the Sutter Buttes and, according to the volunteers in the tower, one can even see the steam rising from the geysers in Calistoga on a clear day… Unfortunately, this was a hazy day. So, next time I venture up here, I will obtain a better picture. 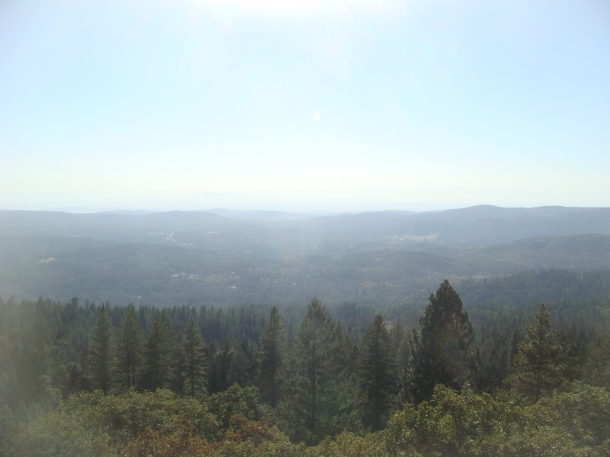 Here is a view up toward the Oregon Peak lookout tower. 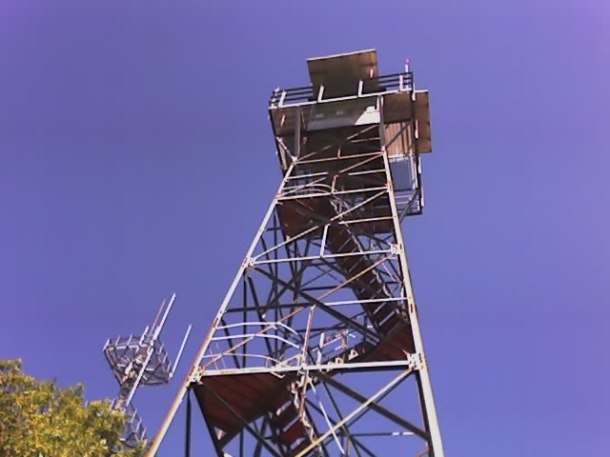 Feel free to walk up the steps (Yeah, I know Sadie’s going down in this picture, but I forgot to take a picture on the way up, so use your imagination). 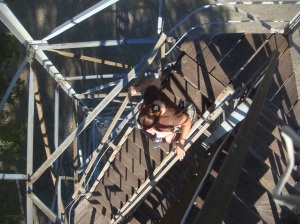 If there is a volunteer there (and there almost always is during the summer) they will be more than happy to have you up in the tower and to show you the equipment.  They spend a lot of time up there alone and enjoy the company.

Below is the volunteer present when Sadie and I hiked up. 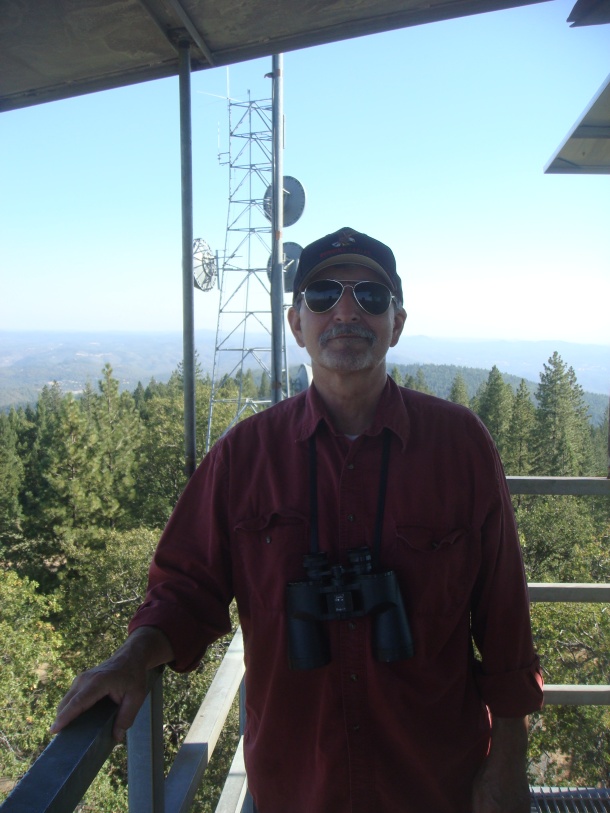 And these are some of the views from the top: 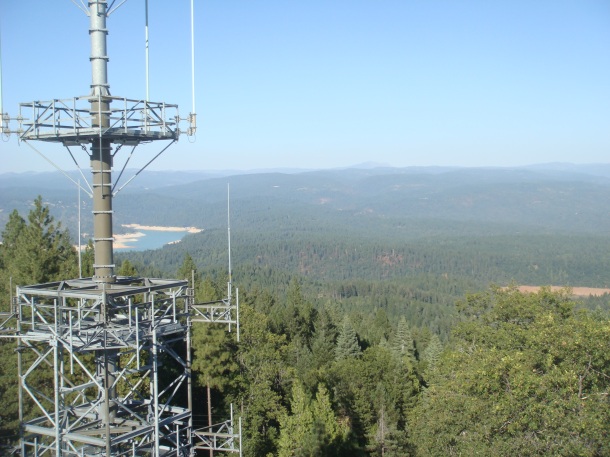 The lake you can see in this pictures is Bullards Bar Resorvoir which I have written about before, after intensively exploring the area around the dam with Brandon and Amanda. 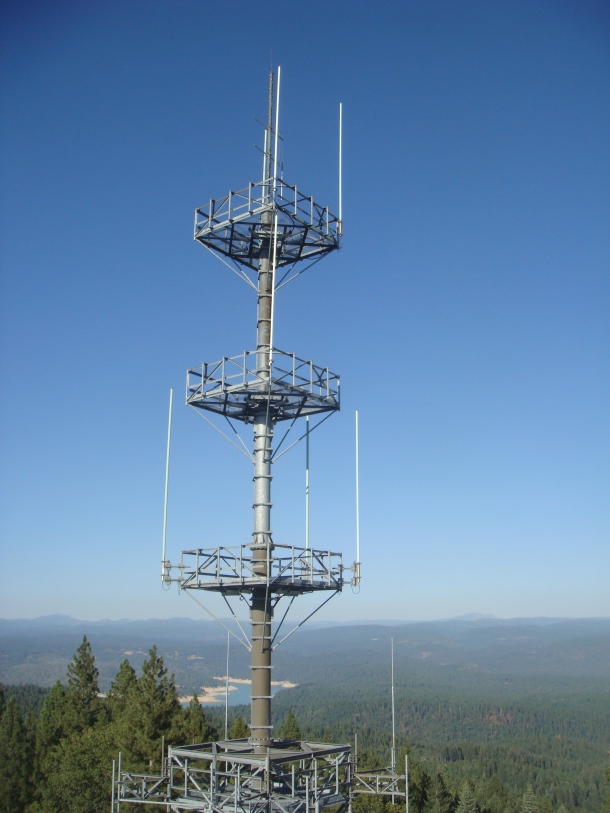 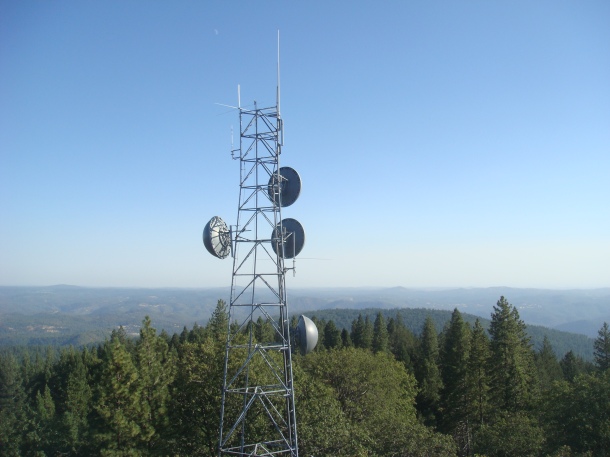 For some reason I think communication towers are really cool – perhaps because of the extreme locations they are sited in – and so I took this picture on the way back down. 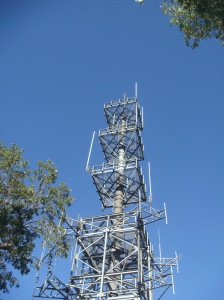 It’ll take an afternoon to get up and back if one takes a leisurly pace.  And I’d put it in the Top 10 list of things to do in the Oregon House area (aside from the obvious).  Enjoy.

One thought on “Oregon Peak”