Slab City (or The Slabs) is a camp next to the Salton Sea used by RV owners and squatters from across North America and the world. It takes its name from the concrete slabs and pylons that remain from the abandoned Marine Barracks Camp Dunlap there. Apparently, a group of Marines remained after the base closed, and the place has been inhabited ever since.

Several thousand people, use the site during the winter months. These “snowbirds” stay only for the winter, before migrating north in the spring to cooler climes. The temperatures are pretty brutal during the summer; nonetheless, there is a group of around 150 permanent residents, who live in the Slabs all year round. Most of these “Slabbers” subsist on government checks (SSI and Social Security).  However, in a slight contradiction, many of the “slabbers” also have a strong desire for freedom from the American government.

Slab City is both decommissioned and uncontrolled – there is no charge for parking your RV. The camp has no electricity, no running water or other services (most campers use generators or solar panels to generate electricity).

Slab City, along with Salvation Mountain, was featured in the book Into the Wild and also in the 2007 movie of the same name.

I thought my father (Jimmy) summed up Slab City very well when upon reviewing my pictures he commented that it looked like a permanent Burning Man camp. 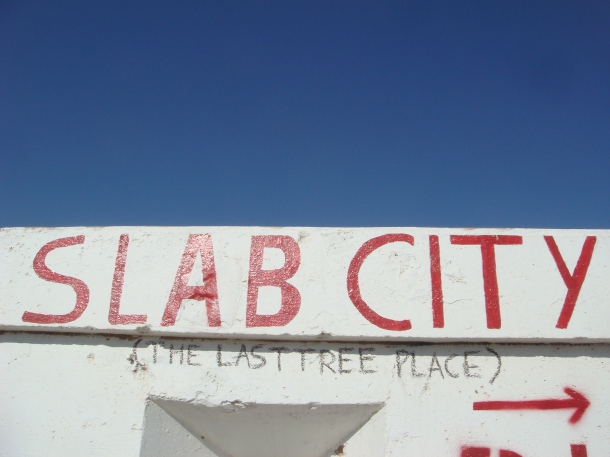 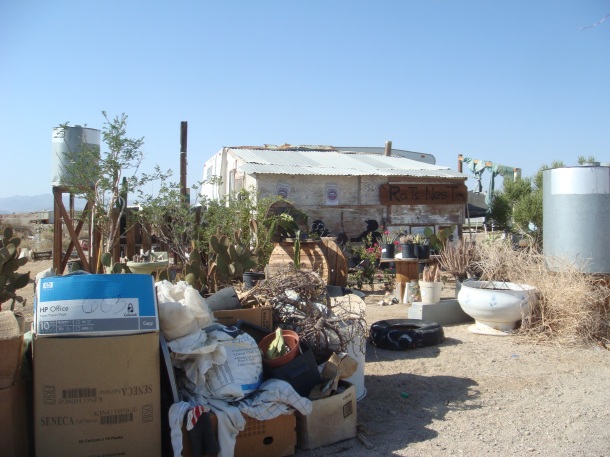 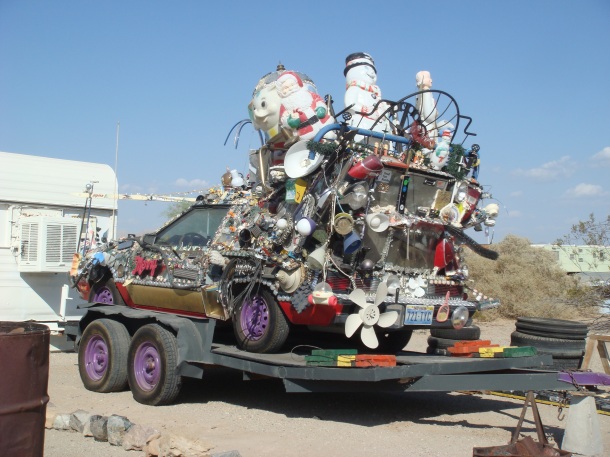 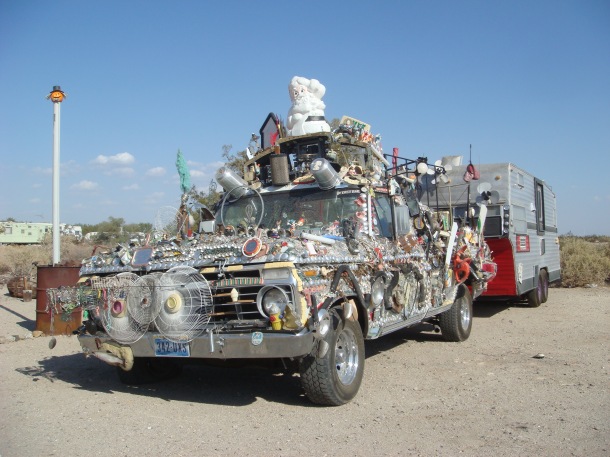 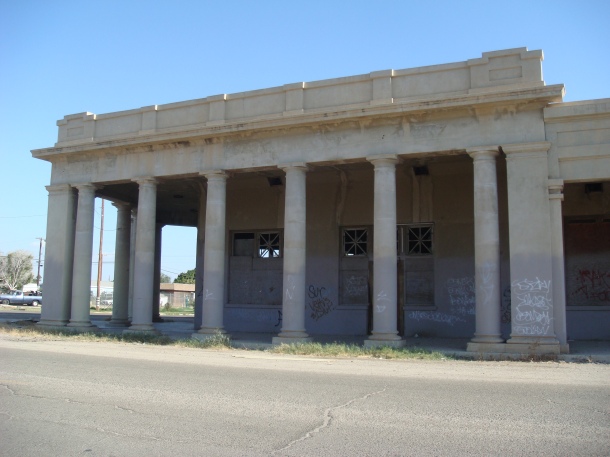 One thought on “The Salton Sea: Pictures And Scenes Of Slab City”