The Mass Games in North Korea are not exactly an obscure or unknown event and so I shall not write too much about the experience other than to advise you that, as per standard The Velvet Rocket policy, I will try to show what it is like to be there.

That said, I know this statement is something of a cliché, but words and pictures and even video just can’t do justice to the Arirang Mass Games experience. Words fall short because there isn’t the vocabulary to describe the sheer size of it all or to convey the visual and auditory overload to your senses. And pictures and video fall short because they can’t be everywhere at once… There are so many things going on at the same time that the camera can either be swung around frantically in every direction, trying to capture everything or the camera can focus on one thing – both approaches lead to much being missed.

Even in person, it is impossible to take it all in, but your brain and optical nerves can process the experience better than a camera. And the Mass Games are, obviously, much more intense and overwhelming when one is there in person.

The tickets aren’t cheap – ranging from 100 to 300 euros – but it is money well spent as if you have not been here previously, you will almost certainly never have seen anything like this before in your life.

It is estimated that in excess of 100,000 performers participate in the Mass Games. Throw in the talent of those 100,00 performers along with the lasers, fireworks, sounds system (and much more) and you’ve got a hell of an event…

Naturally, it is an event that has its critics, but even these critics admit that it is “one of the most spectacular shows on earth”. Hard to pass that up, no?

The Mass Games are held at the impressive May Day Stadium in North Korea’s capital: 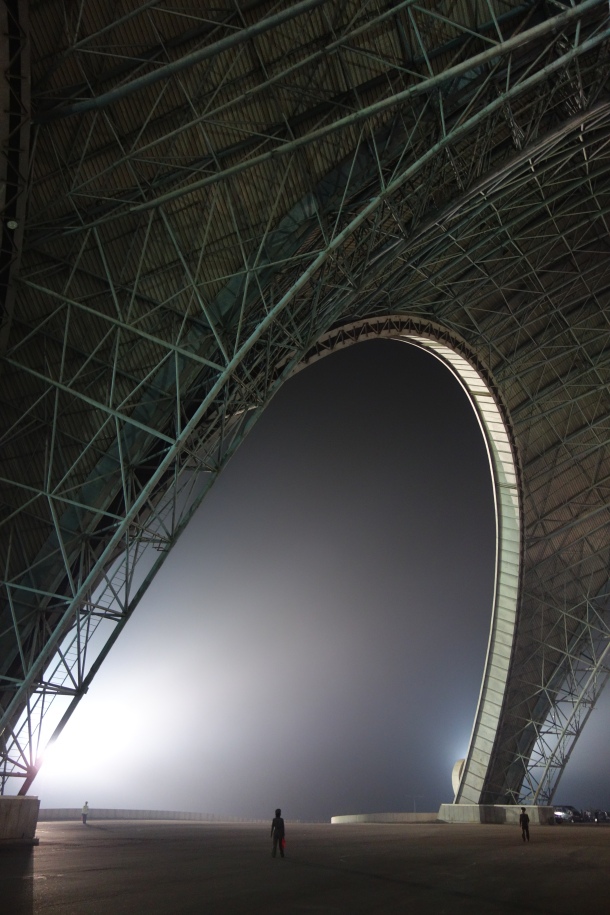 Fortunately, if you’re a Westerner, you’ll get ushered in through the VIP entrance:

This year’s Mass Games theme marks the 60th anniversary of the armistice which ended the Korean War (a conflict which North Korea claims it won decisively).

Both the pictures and videos of the performance are presented below in chronological order… The Velvet Rocket staff were utilizing a new camera on this trip, so if you click on the pictures to bring them up to full size, you can see interesting details such as facial expressions:

The images in the background – which bear a resemblance to a pixelated Roy Lichtenstein painting – are made up of colored cards being held up by children. The cards are flipped around with incredible speed and precision to produce different images: 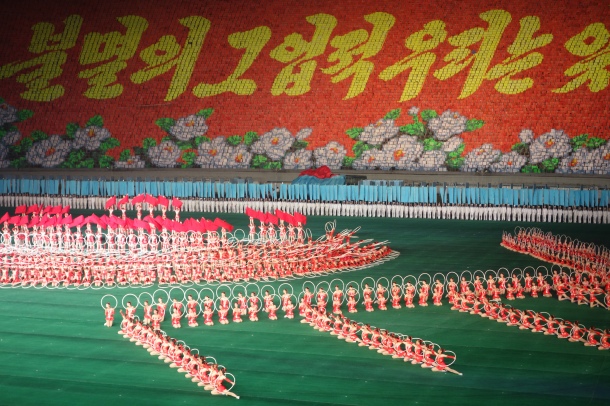 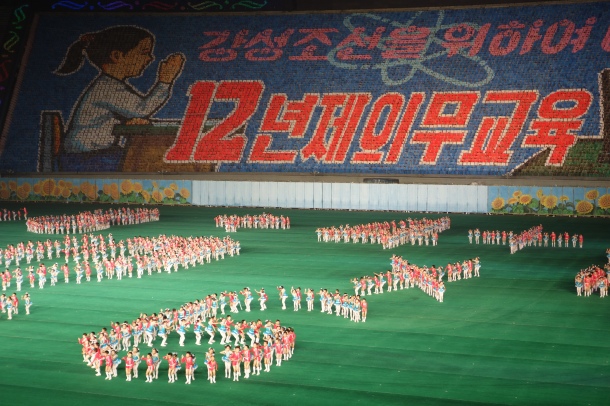 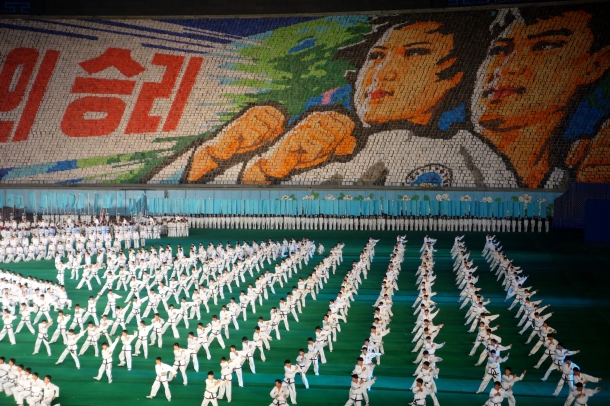 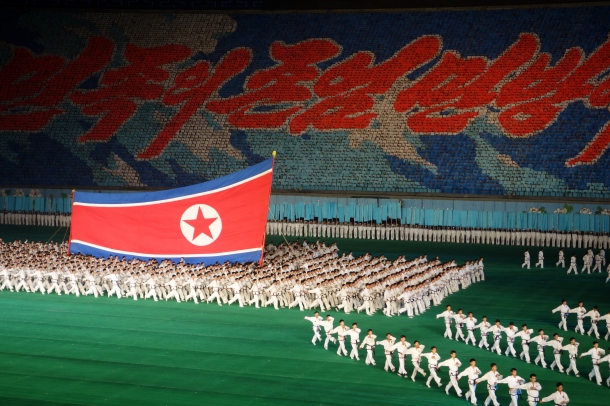 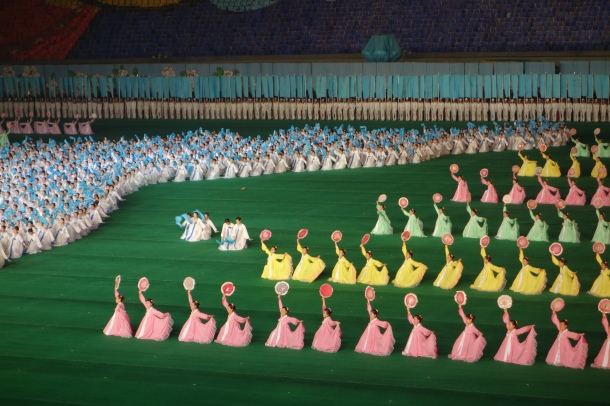 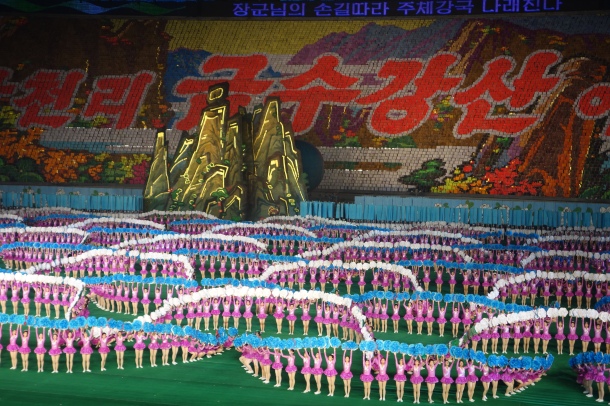 Unless one is really into the Arirang Mass Games, I wouldn’t expect anyone to sit and watch all of these videos. However, I suggest watching a couple of them – say Part 2 or 4 or 6 – to get a sense of what the experience is like.

The whole thing really is a remarkable experience.

The North Koreans making their way out of the May Day Stadium at the end of the performance: 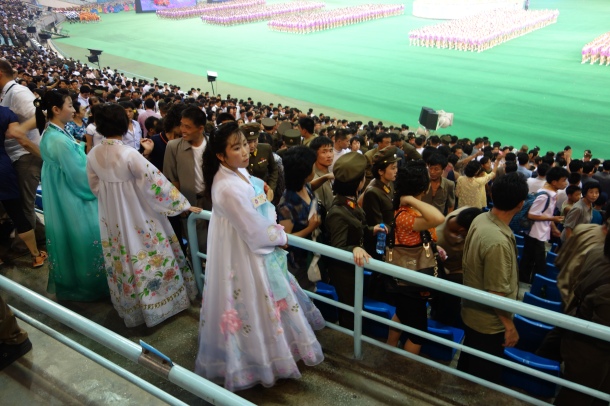