An armed guard at the entrance to Pyongyang Film Studios, the state-run film production facility of North Korea: 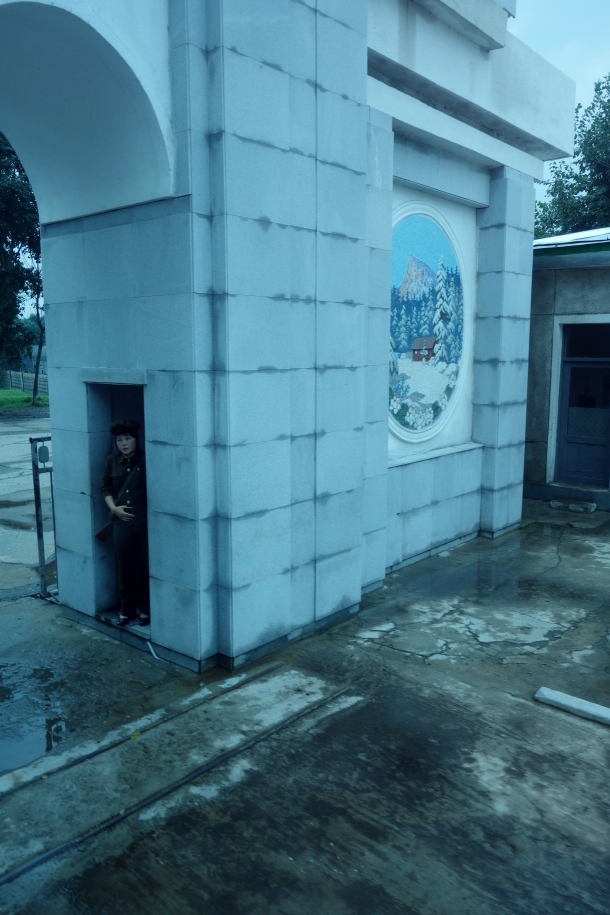 The studio is a sprawling complex that is located on the outskirts of Pyongyang:

Kim Jong-il was a huge film fan and is rumored to have had one of the largest movie collections in the world. Of this collection, James Bond films are said to have been a favorite.

Kim Jong-il’s enthusiasm for movies ensured that the North Koream film industry had plenty of funding during its golden age and, in fact, he visited the studios here more than 600 times during his life.

However, dissatisfied with the quality of the local talent in North Korea, Kim Jong-il would have foreign talent abducted and brought into North Korea to work in the film industry there. Perhaps the most famous example was the abduction of South Korean film director Shin Sang-ok in 1978 (His wife, Choi Eun-hee, was an actress and was also abducted).

At its peak in the 1970s and 1980s, the Pyongyang Film Studios produced up to forty films a year (the anti-Japanese struggle and the war against American imperialism were popular themes). However, following the demise of the Soviet Union, financial support for North Korea decreased significantly and, coupled with the devastating famines of the 1990s, movie production collapsed and has never fully recovered.

Nevertheless, several films a year are still cranked out here.

The buildings you see are office buildings that are mainly filled with propaganda, but supposedly postproduction takes place here as well. We weren’t able to see much of anything inside though as the electricity was out when we visited and the individuals responsible for turning the power on could not be located. So, our visit inside was brief.

Just uphill from the office buildings are massive film sets that recreate everything from an ancient Korean town to a Japanese street to an English village.

This film set is meant to recreate a generic Chinese street: 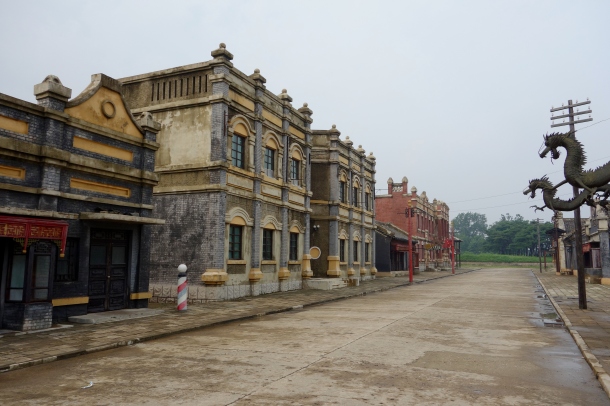 Another view of the “Chinese” set: 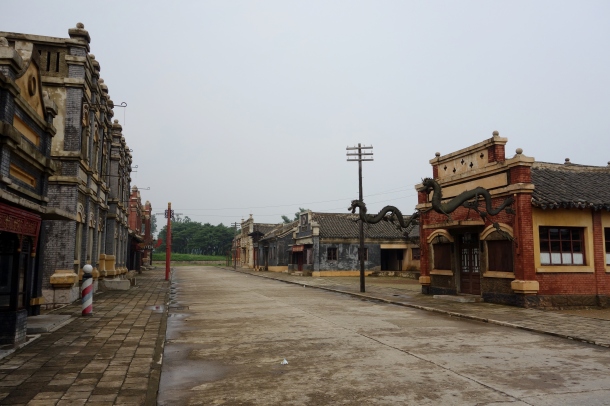 Here some of the workers at the studio are sprucing up the “ancient Korean town” film set: 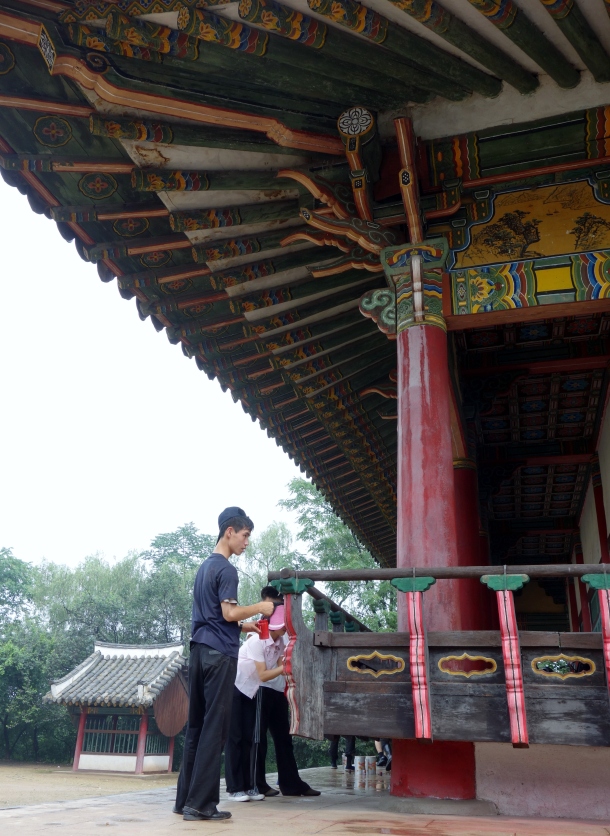 This section had houses that were supposed to look like typical “European” homes:

Entering a film set that, depending on how it is filmed, can be a South Korean town or a North American/European one: 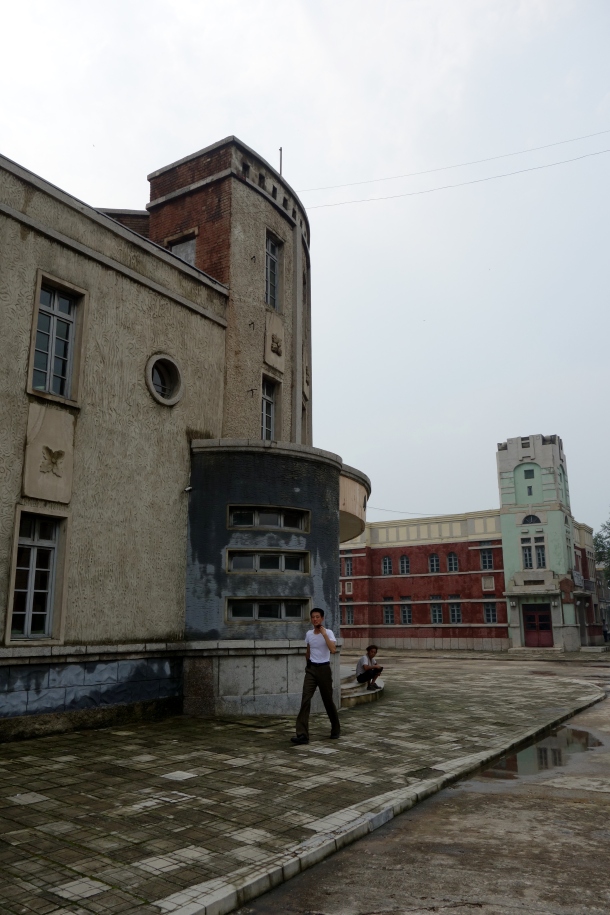 There were a fair number of studio employees around getting ready for something, but unfortunately no filming was taking place during our visit:

Except for the elite, evening entertainment options are somewhat sparse in North Korea. As such, films are quite popular. However, they are not just screened at cinemas, but also at places such as collective farms, large factories and in military units.