North Korean government officials are, at least outwardly, very proud of their country’s accomplishments and seem to take a particular delight in one-upping the decadent, capitalist pigs in the outside world in any way possible. North Korea just can’t seem to let go of any opportunity to demonstrate that they are stronger, smarter, bigger, better or more fortunate than the rest of us. One way this manifests itself is through building monuments that are similar to something in the West, but making the North Korean version just a tiny bit larger.

A fine example of this is presented by the Arch of Triumph in Pyongyang… The arch, as your North Korean guide will not fail to point out to you multiple times, is actually taller than the famous Arc de Triomphe de l’Étoile in Paris by a full 10 meters:

North Korea will, obviously, deny that their Arch of Triumph has anything to do with the famous arch in Paris and will remind any listeners that their fabulous arch, constructed in 1982, is to commemorate the heroic Korean resistance to Japan from 1925 to 1945. More specifically, the Arch of Triumph highlights and honors the glorious role that the late President Kim Il-sung himself played in this military resistance to Japanese occupation. The arch was inaugurated on his 70th birthday and each of its 25,500 blocks of white granite are said to represent a day in the life of Kim Il-sung up until his birthday that year: 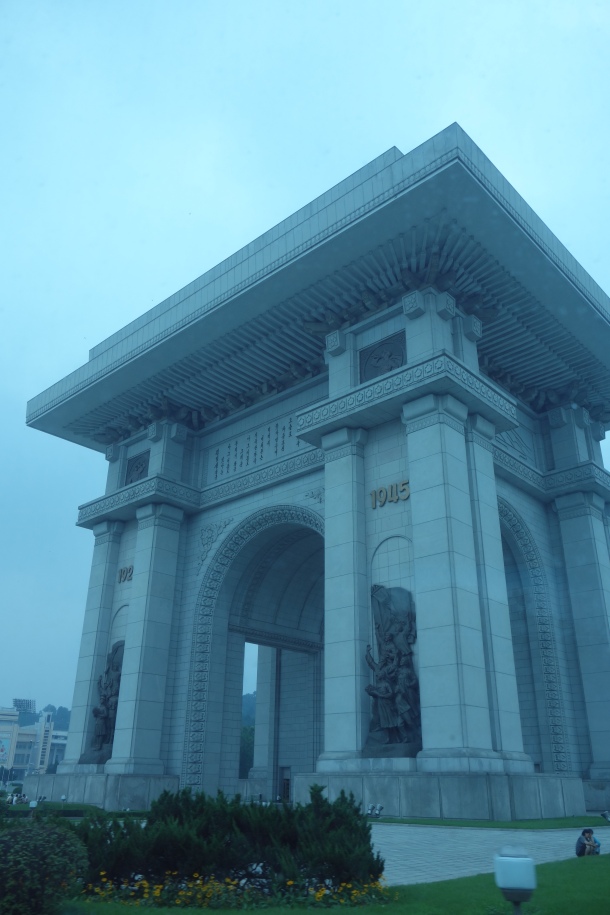 It’s hard to tell from the pictures, but the Arch of Triumph is actually full of rooms and observation platforms.

2 thoughts on “The Arch of Triumph: North Korean Oneupsmanship At Its Finest”