I had wanted to visit Cappadocia since reading an article about the region in high school. I saved the article and would be reminded of my desire to go every time I was going through my things. So, while it might have taken me some time to make it there, I did finally make it to Cappadocia and was finally able to throw the article out as my mission was accomplished.

What initially attracted me to Cappadocia were the pictures of the strange landscape, filled with mysterious labyrinths and cave homes. Fortunately, I was not disappointed.

The landscape of Cappadocia was created about 30 million years ago when erupting volcanoes blanketed the region in ash. The ash solidified into an easily eroded material named tuff which was later overlain with layers of hard volcanic rock. Over time, the tuff was worn away underneath the hard upper layers of volcanic rock, creating the distinctive mushroom-shaped formations – also referred to as “fairy chimneys” by the local inhabitants.

As with elsewhere in Turkey, the drive to Cappadocia is a worthwhile venture in and of itself: 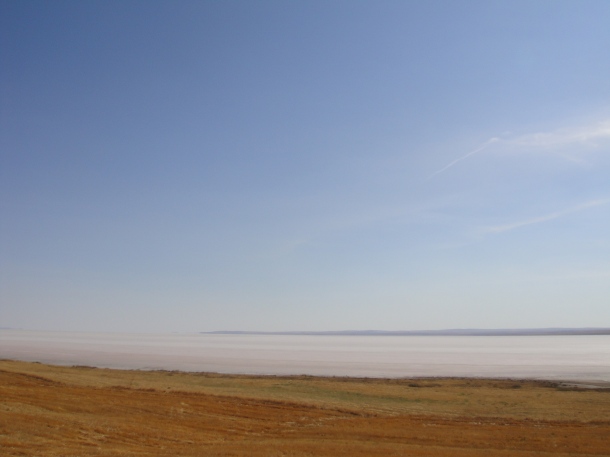 We arrived in the Cappadocia region as the sun was setting: 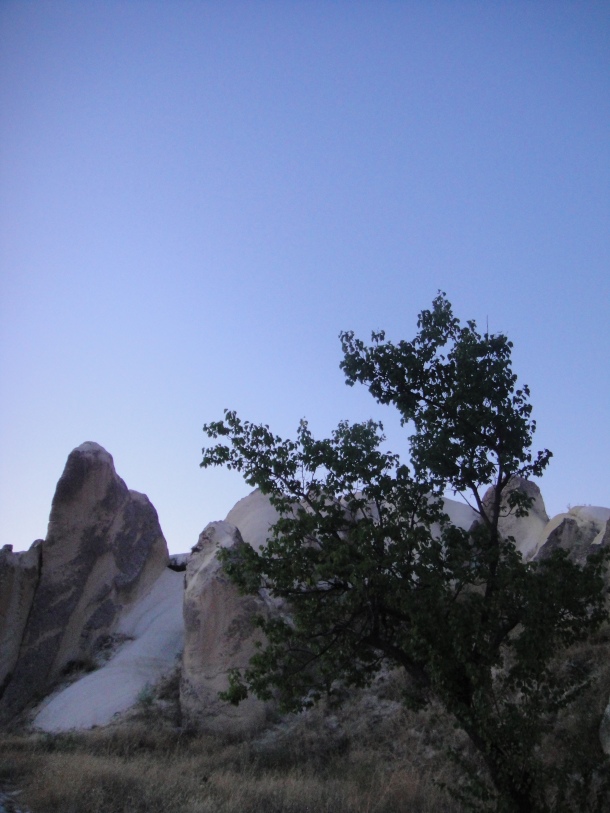 However, it is an easy matter to pull over anywhere along the road and you will have no trouble locating fairy chimneys and cave dwellings – sometimes they’re the same thing:

They’re not as easy to climb up to as it might look either:

A house I discovered carved into the rocks:

Team Ames started the next day by wandering across the countryside.  One doesn’t have to go to specific areas to see the caves and formations, they are everywhere as these pictures I took below show:

If you look closely at the picture below, you can see the countryside is absolutely riddled with cave dwellings: 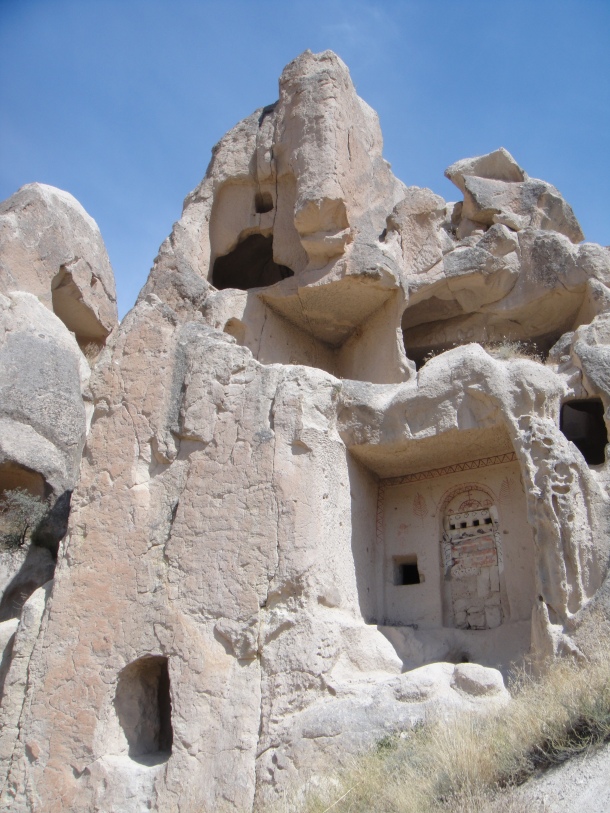 I discovered this elaborate interior after following the tracks of a coyote or fox through a tiny crack high up on a cliff face.  You never know what you’ll find if you crawl into a cave or through a small opening in the rocks: 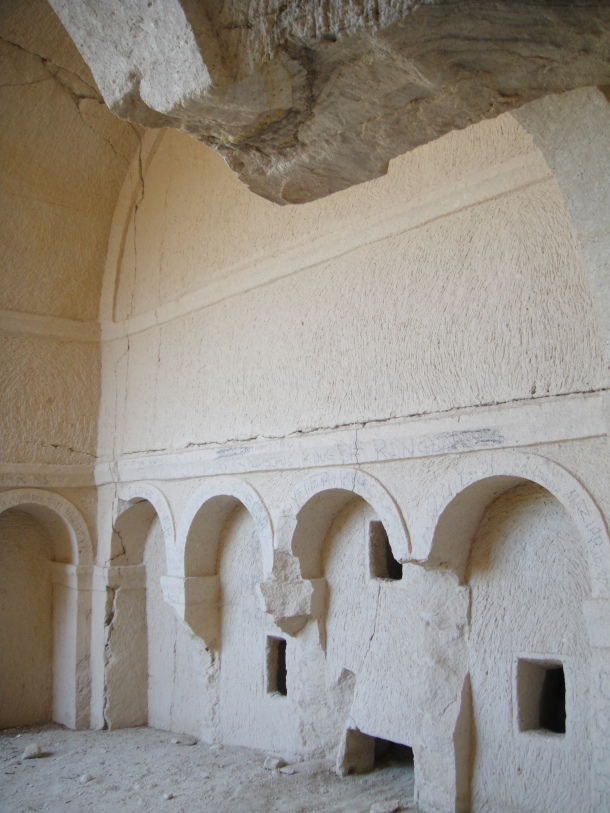 Goreme – or Göreme in Turkish – is the World Heritage Site in the Cappadocia region.

The first period of settlement in Göreme goes back to the Roman period. However, it was when Göreme became a monastic center between 300—1200 AD that it really came into its own. The complex today contains more than 30 rock-carved churches and chapels, some of them with impressive frescoes inside. 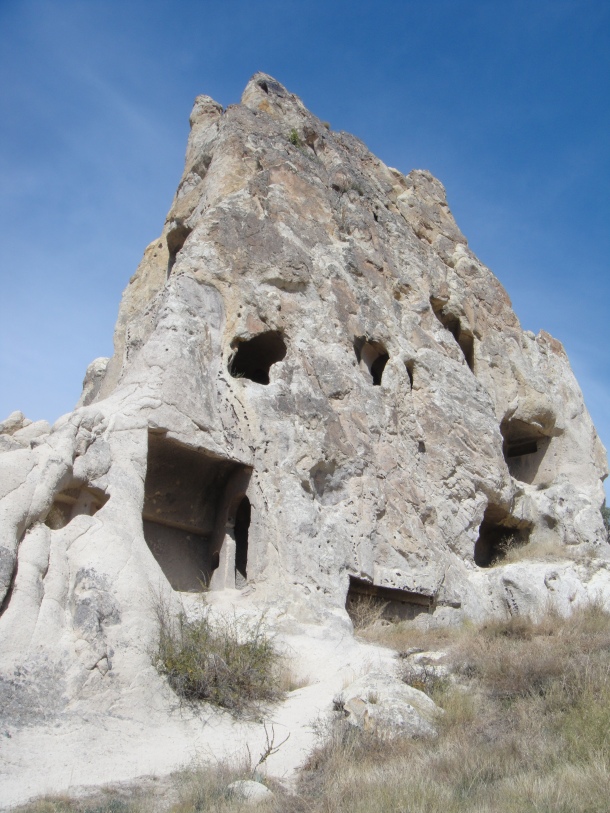 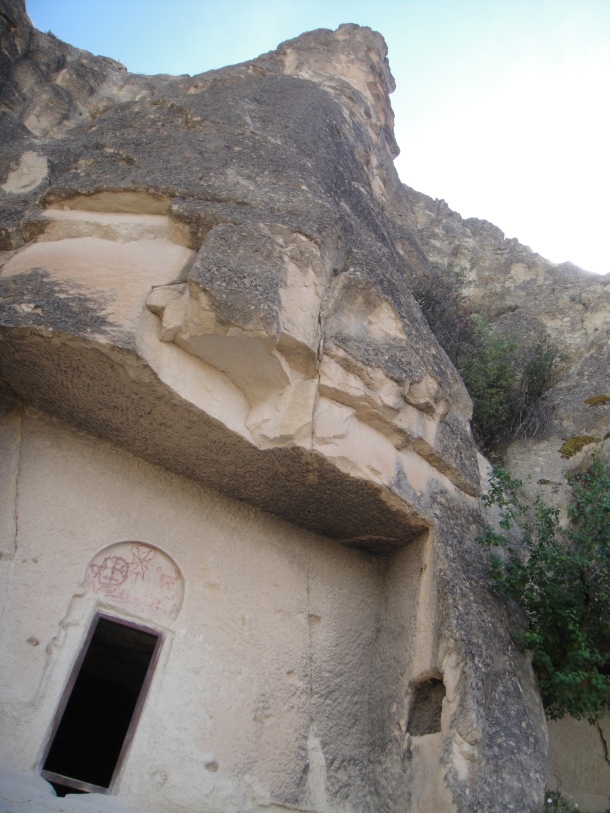 With entrances such as this one up a sheer cliff, one wonders how chambers like this were accessed:

Some of the interiors have been revealed because of the collapse of their fragile exteriors: 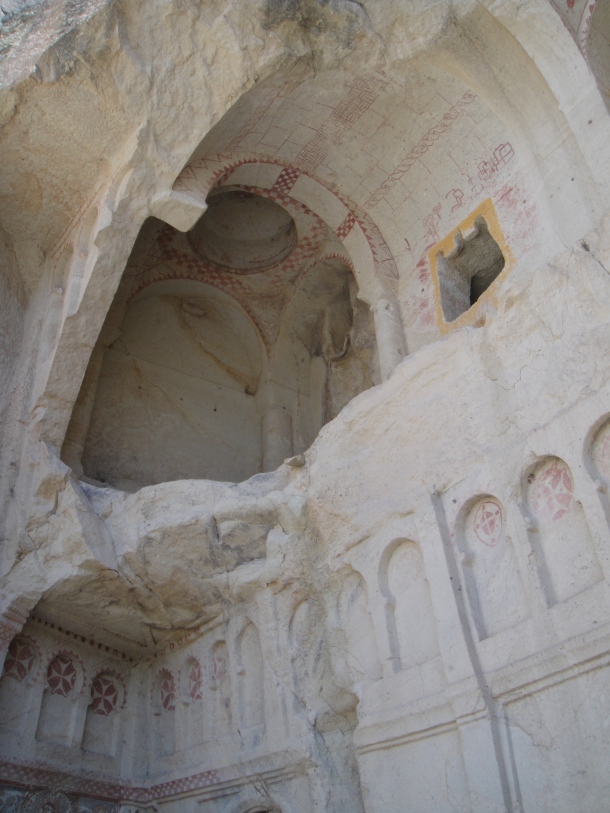 I thought this setup inside some living chambers was pretty clever – it is a bench and table carved into the rock for communal eating:

Despite the World Heritage Status of Göreme, we had much more fun exploring down roads like this:

The volcanic ash that made the landscape of Cappadocia as unique as it is also made the area a fertile one for agriculture with apricots, grapes and cherries being local specialties: 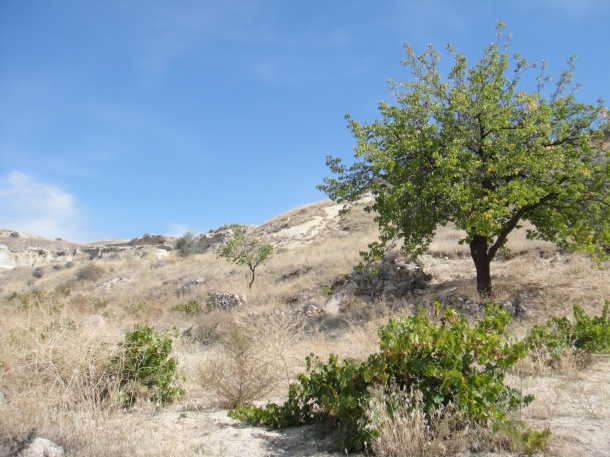 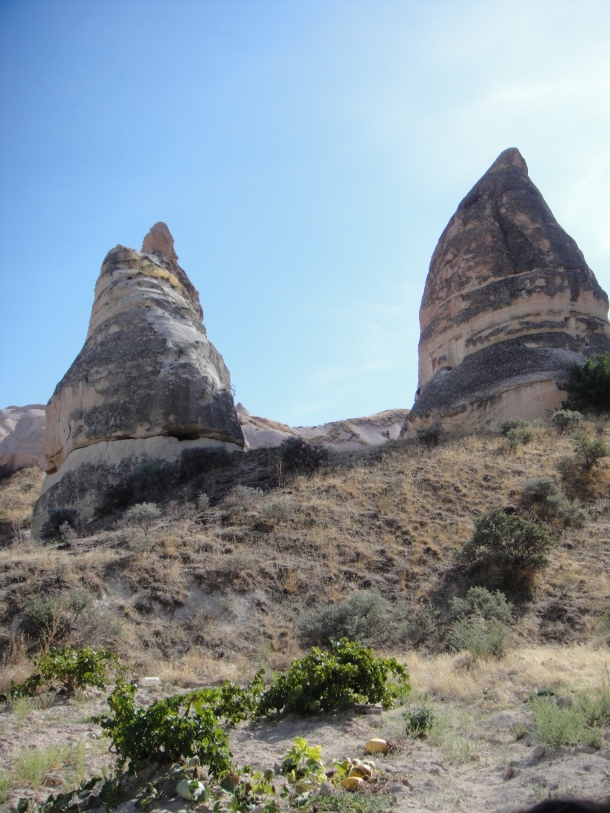 Recently harvested grapes being dried in the sun: 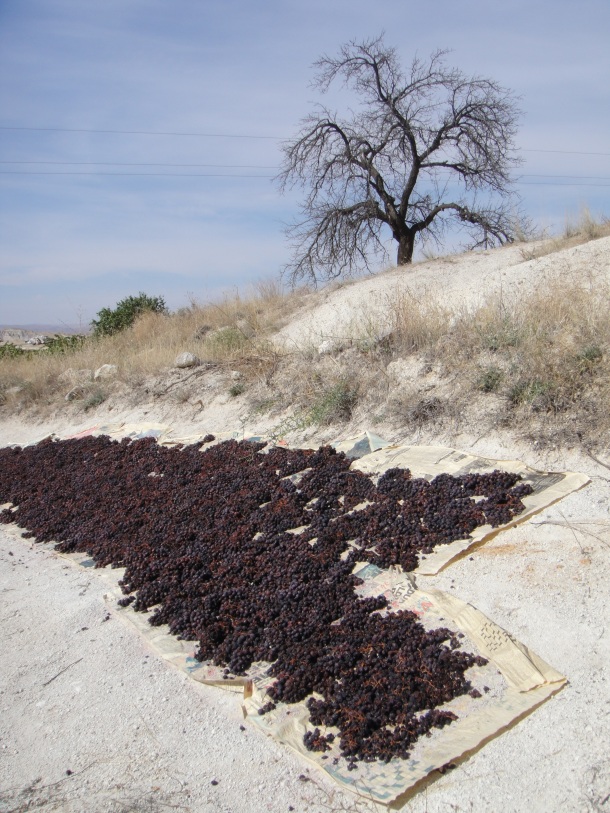 Somehow, towns like this are mixed into the landscape in an aesthetically pleasing manner: 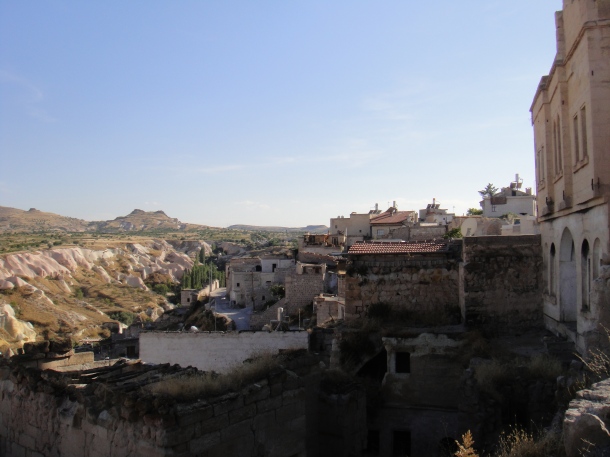 And speaking of towns… In some places, such as Derinkuyu, whole cities were constructed underground. These settlements had living quarters, stables, wells, ventilation systems, churches, wine presses and storage rooms.

There are believed to have been around 36 underground cities in the Cappadocia region. Of these, only a handful have been excavated. Derinkuyu is thought to have had a population of about 20,000 and a long “transit” tunnel is supposed to have linked Derinkuyu with a similar “ant hill” settlement at Kaymakli which is about 6 miles away: 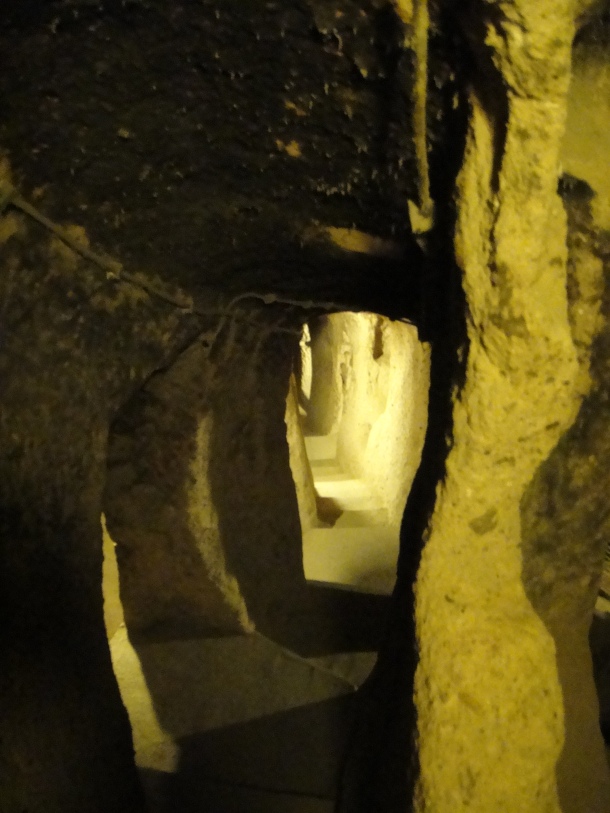 Massive millstones carved into the walls are actually doors that can be rolled into place to seal off strategic areas of the settlement: 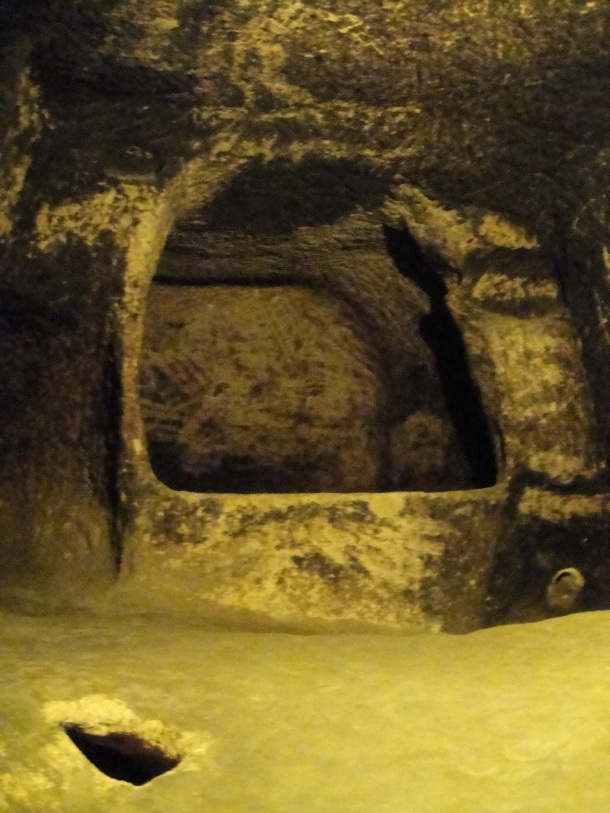 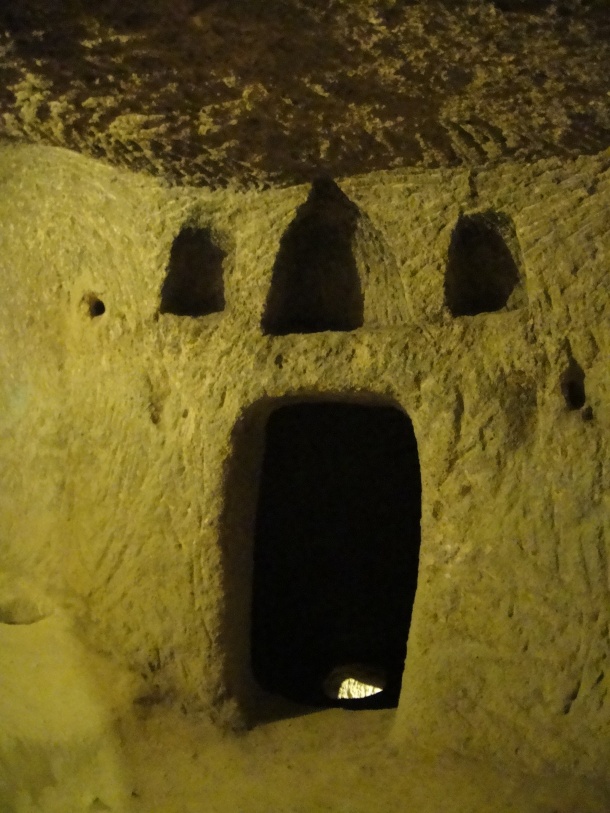 The huge ventilation shafts still function, but cold dampness is a problem. Living here for any extended period of time could not have been particularly pleasant…

This is one of the ventilation shafts. It was pitch black and so I just leaned over and took this picture with the flash on. The shaft plunges down to areas of the underground city that are no longer accessible:

Wandering around back on top… A hidden entrance, only recently revealed by a fire, leading into the depths of Derinkuyu: 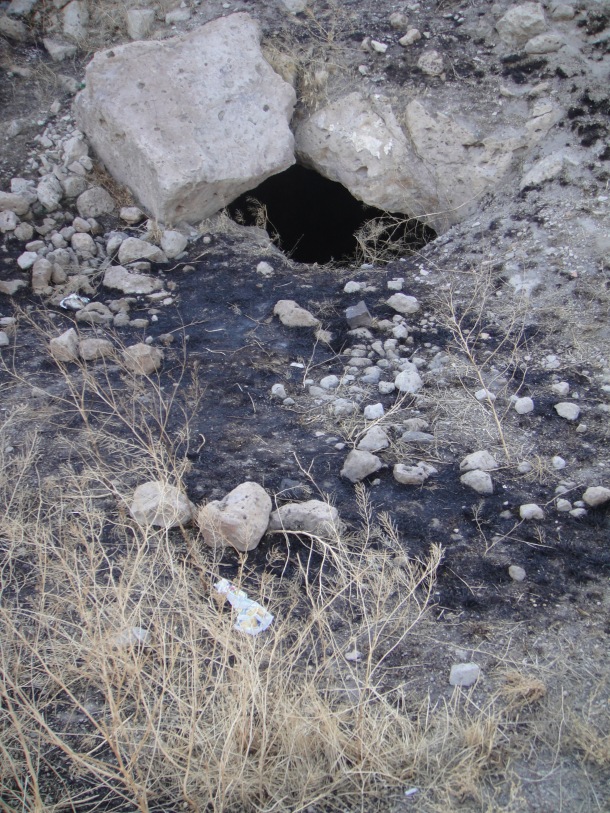 The village around the Derinkuyu underground city… Where does history end and modernity begin?  Does it in a place like this? 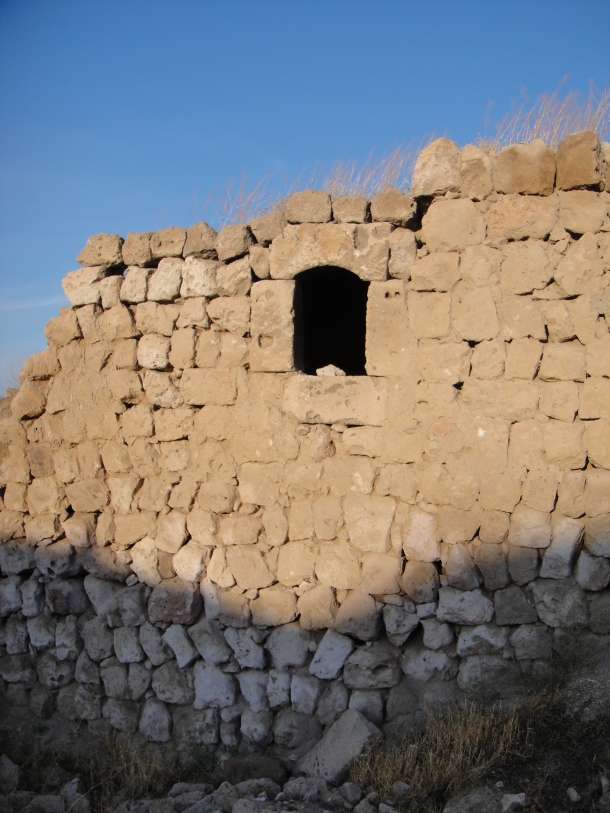 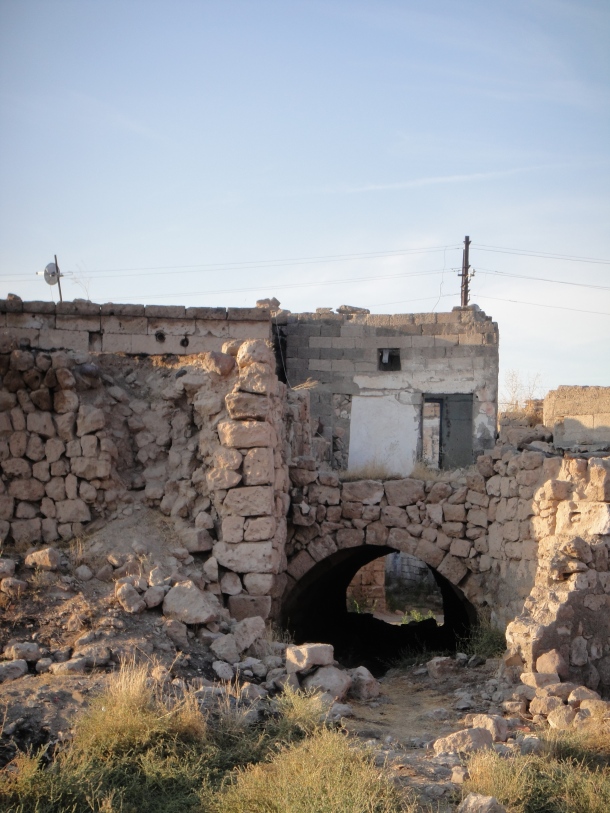 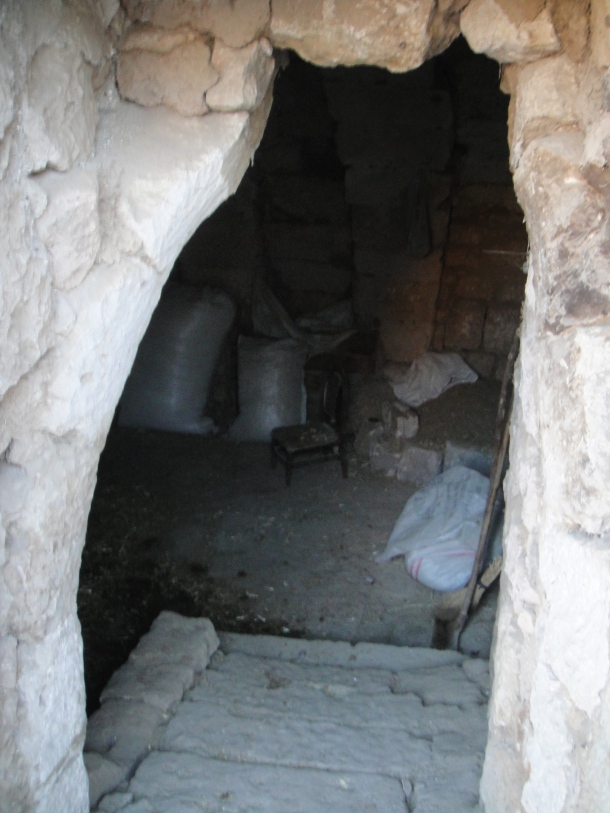 As everywhere else in Turkey, and as demonstrated by these guys selling fruit along the road (whom we met when we stopped), the locals are incredibly friendly:

The kid on the left looks like he has some problems, huh? I think I just took his picture at an inopportune moment: 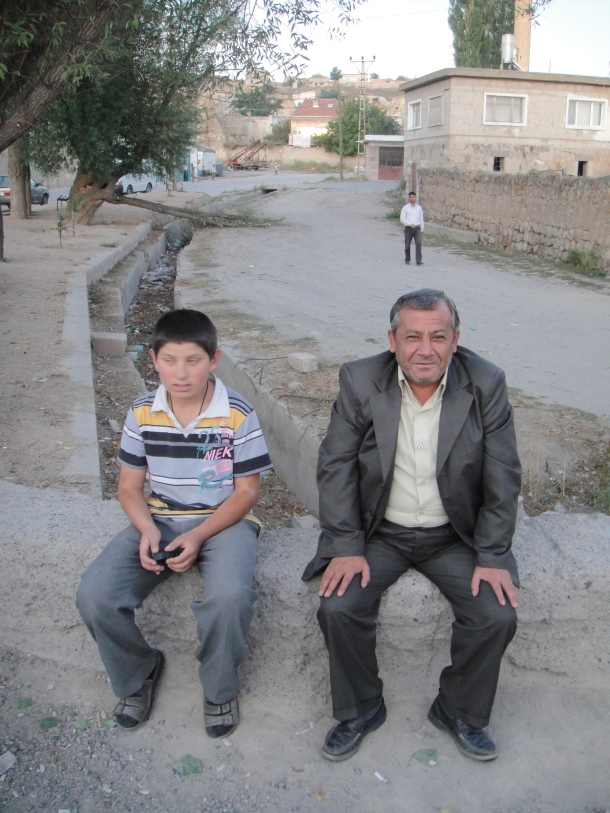 And I have to say that it certainly improved the Cappadocia experience to return in the evenings to the good food and good company provided by the owner and his family of the Melis Cave Hotel: 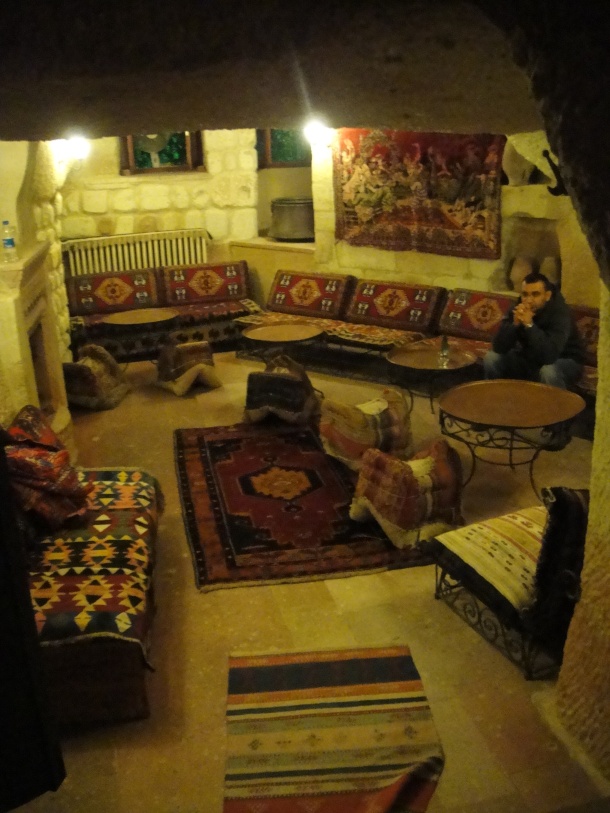