Now, I get bored pretty quickly on beaches, but this one was interesting to me (and not because they were filming an episode of Survivor when we arrived).

Some historians claim that it is here, rather than Playa las Flechas, where Christopher Columbus and his crew landed.

Playa Rincon from a distance:

With the exception of the Survivor cast members and crew, the beach was surprisingly empty despite its beauty:

The drive to get to the beach is quite rough (most people apparently visit by boat) which might partly explain the absence of visitors: 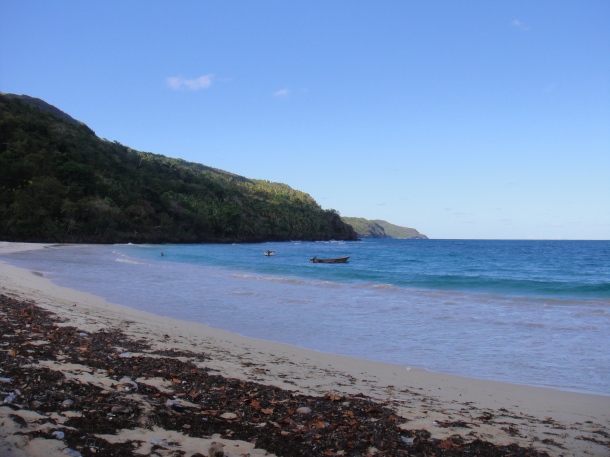 At the far western end of the beach is a small freshwater stream which is great for washing the salt off from a long, hot day. A thick palm forest provides the backdrop:

I imagine Columbus and his men would have appreciated the clean, pure freshwater as well if they stopped here.

Venturing upstream, I came across these boats. The local villagers use them for transportation up and down the stream (which carries quite a ways inland) and for short trips around Playa Rincon:

You can tell how clear the water is by the fact that you can see straight through to the sandy bottom which is several feet beneath the surface… Pretty nice, huh? 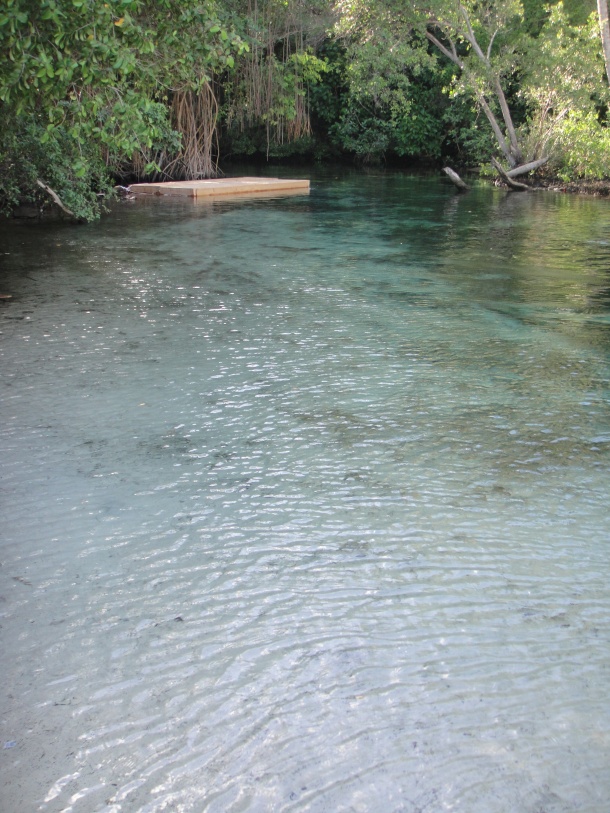 Haiti is the real reason to come to the island of Hispaniola. However, as long is one is on the island, the Dominican Republic is worth visiting as well.