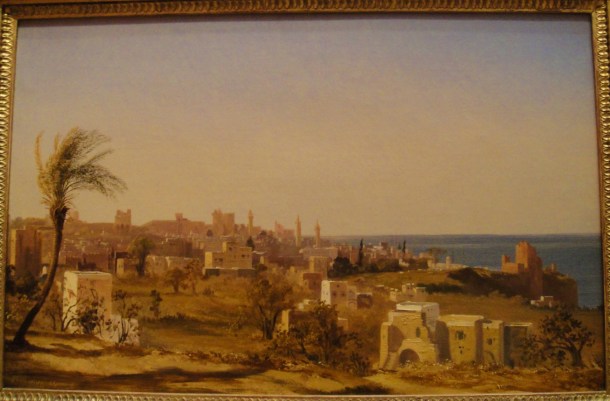 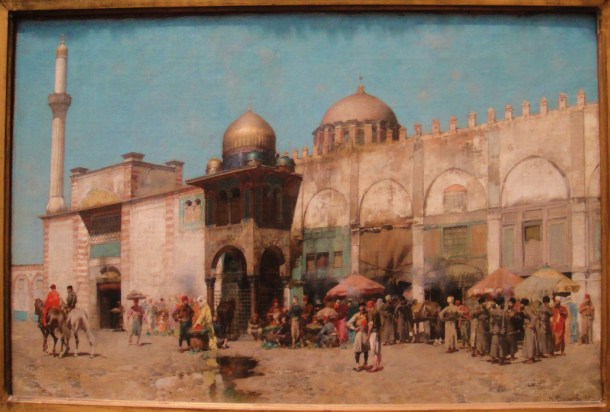 Charles-Théodore Frère
Jerusalem from the Environs, 1880 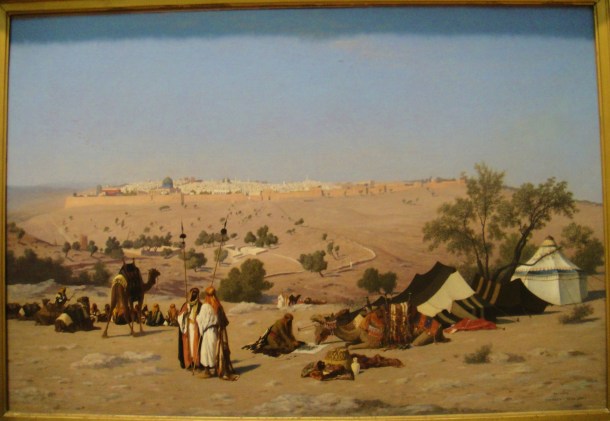 Frere began his career painting the French countryside, but exhibited only Middle Eastern scenes after a stay in Algeria in 1837. He returned to the eastern shores of the Mediterranean many times and eventually established a studio in Cairo. 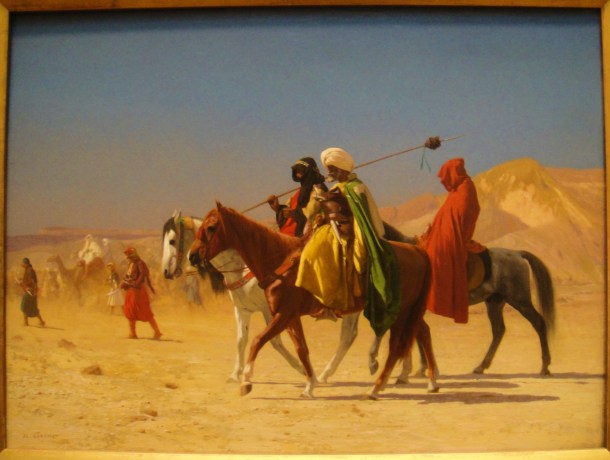 Jean-Léon Gérôme
Before the Audience, 1881 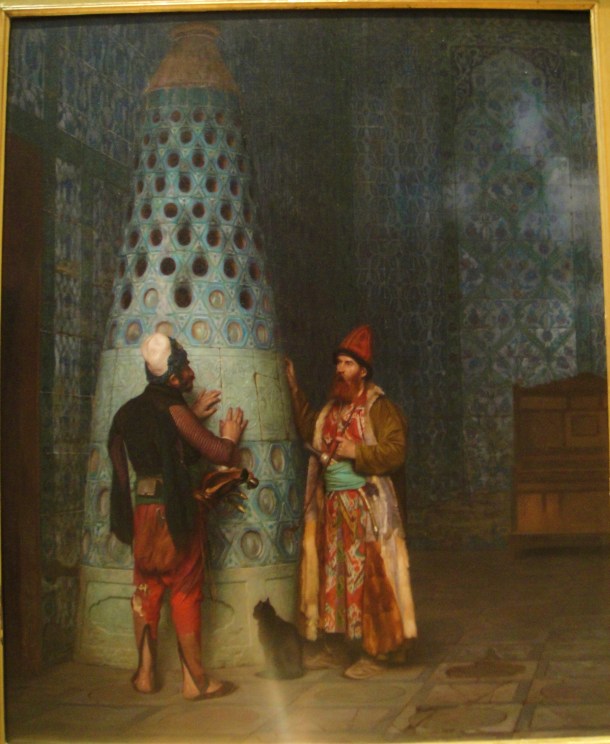 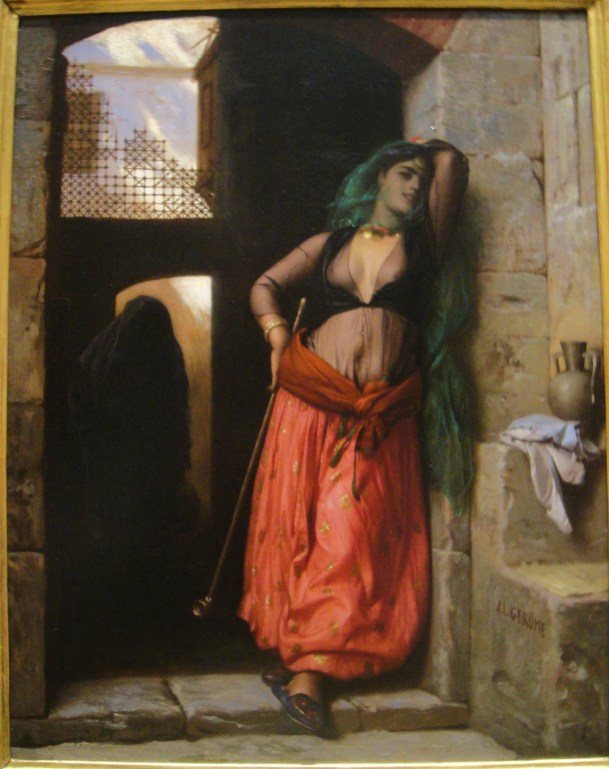 Jean-Léon Gérôme
Prayer in the Mosque, 1871 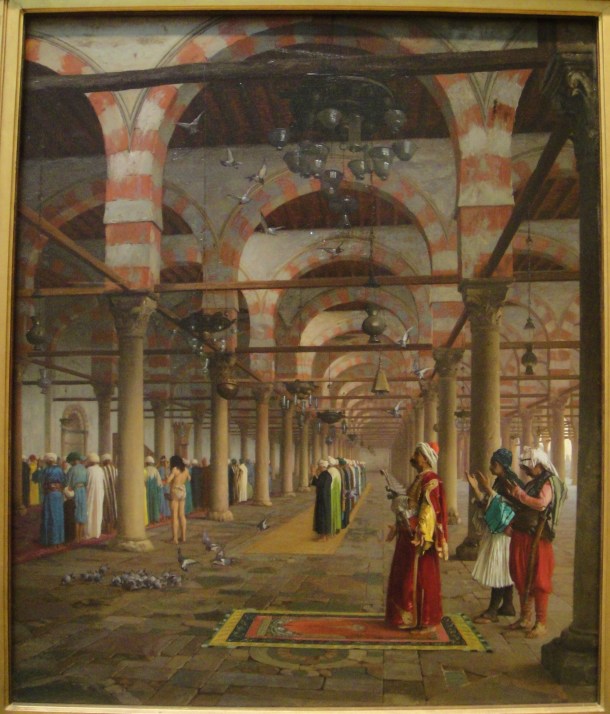 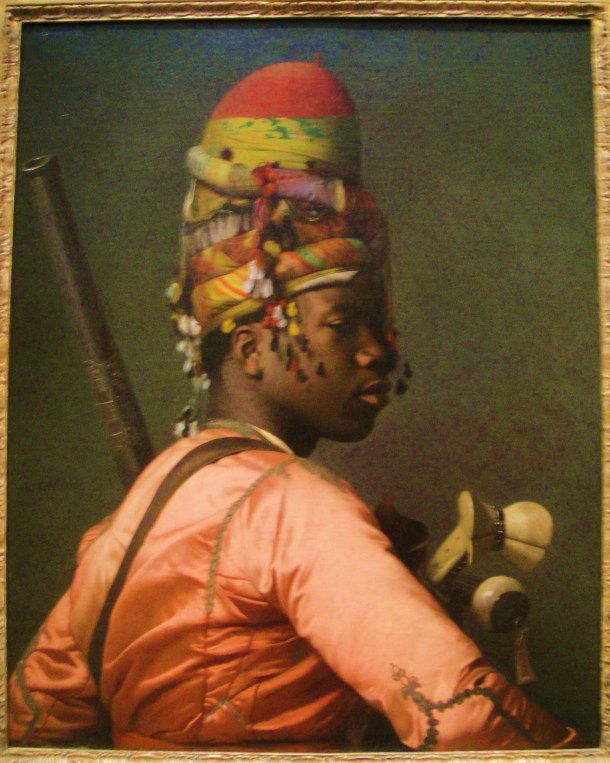 This arresting picture was made after Gérôme returned to Paris from a twelve-week journey to the Near East in early 1868. He was at the height of his career when he dressed a model in his studio with textiles he had acquired during the expedition. The artist’s Turkish title for this picture – which translates as “headless” – evokes the unpaid irregular soldiers who fought ferociously for plunder under Ottoman leadership, although it is difficult to imagine this man charging into battle wearing such an exquisite silk tunic. Gérôme’s virtuosic treatment of textures provides a sumptuous counterpoint to the figure’s dignified bearing. 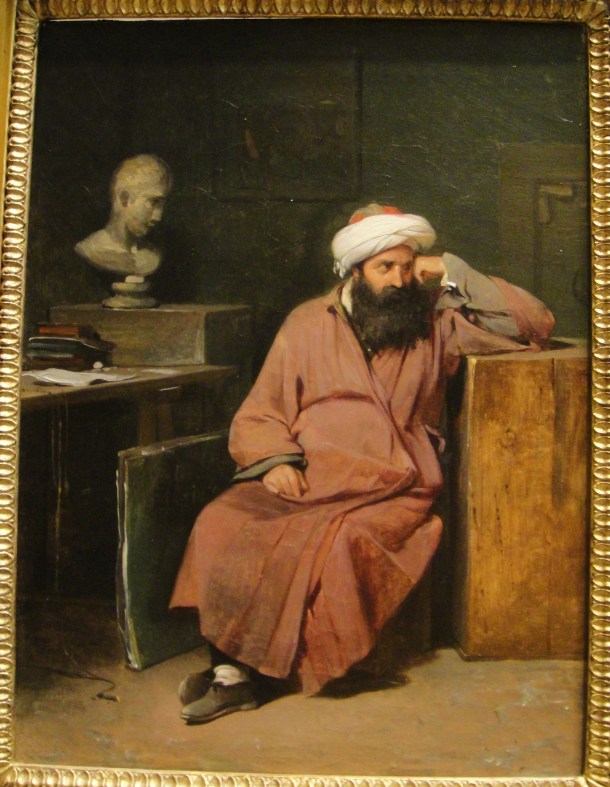 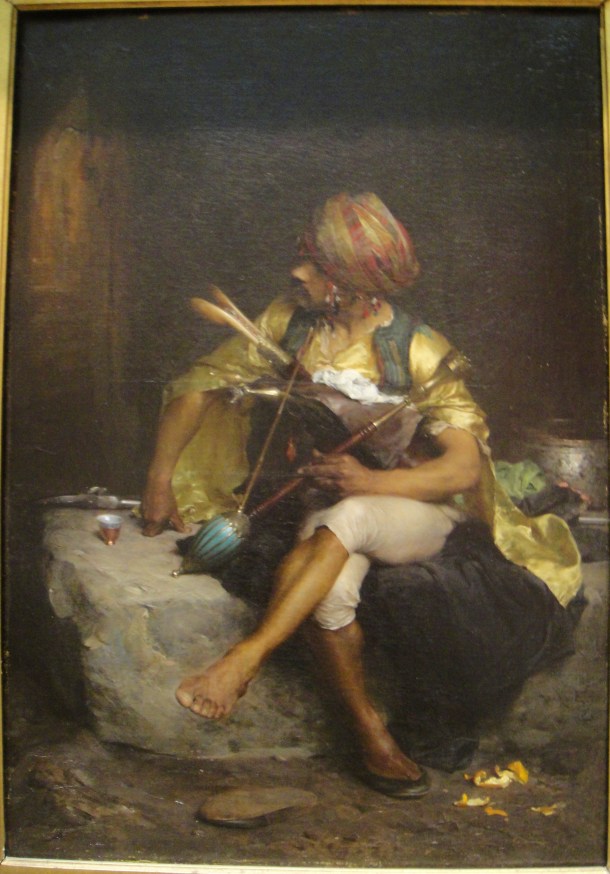 One thought on “Paintings Of The Day: The Muslim World At The Metropolitan Museum Of Art”