Italians don’t often get much respect, but I do not believe that is entirely justified. After all, this is the culture that gave us the Roman Empire and then the Renaissance. How many countries can claim two turns at the top of the world? The Chinese, the British, the Americans – we have all had one turn at the top. The Italians have had two though. Continuing with this theme of a lack of respect, I turn to the partisan resistance in Italy. We hear often of the French Resistance or the Yugoslav Partisans. However, we hear little of the resistance activities of the Italians. Perhaps this is understandable given Mussolini and the seemingly fluid loyalties of the Italians. Yet, this isn’t particularly fair as many Italians were fierce anti-fascists. And the Italian partisans played an instrumental role in derailing at least seven German divisions and obtaining the surrender of an additional two divisions. These actions disrupted the German military forces operating in Italy and ultimately led to their destruction. Additionally, the partisans helped escaping POWs reach Switzerland or areas under Allied control. And the Italian population suffered tremendously at the hands of Nazi Germany for these actions undertaken by the partisans… During the course of the war, more than 45,000 Italian partisan fighters were killed, more than 15,000 Italian civilians were killed in reprisals for partisan attacks on German soldiers (mass rapes and looting were also widespread) and more than 40,000 former Italian soldiers perished in concentration camps. Even historians in the employ of the CIA indicate that the Italian partisans do not get enough credit for their contribution to the war effort. Dovetailing into this theme of respect for Italians and the partisans… It just so happens that a former safe house utilized by the Italian partisans is in close proximity to The Velvet Rocket’s Italian base of operations in Rome. The farmhouse, long since abandoned, is known locally simply as The Partisans’ Home. And I am particularly fond of it and the area around it.

A road leading through the fields to the safe house (visible in the distance to the right): 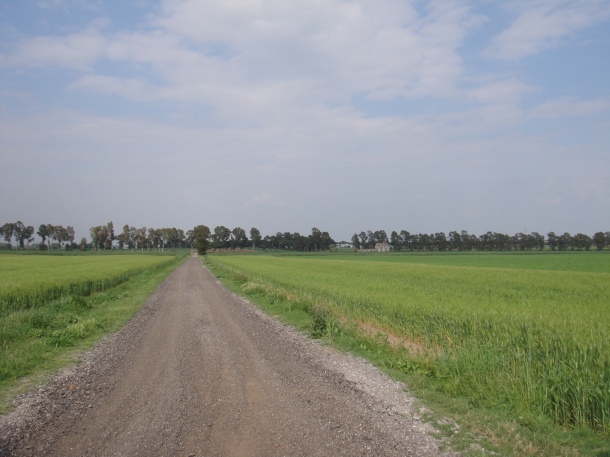 Moving closer to the home: 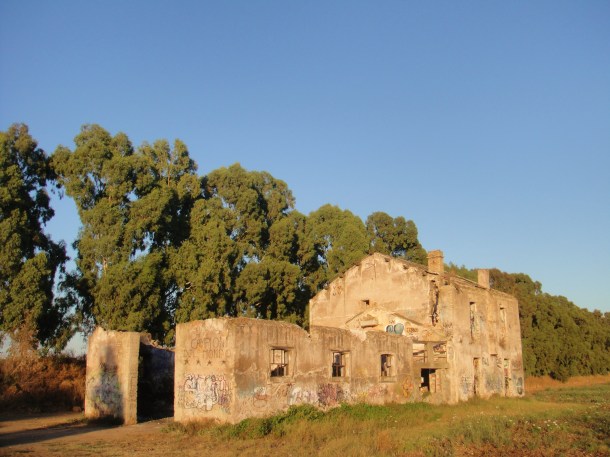 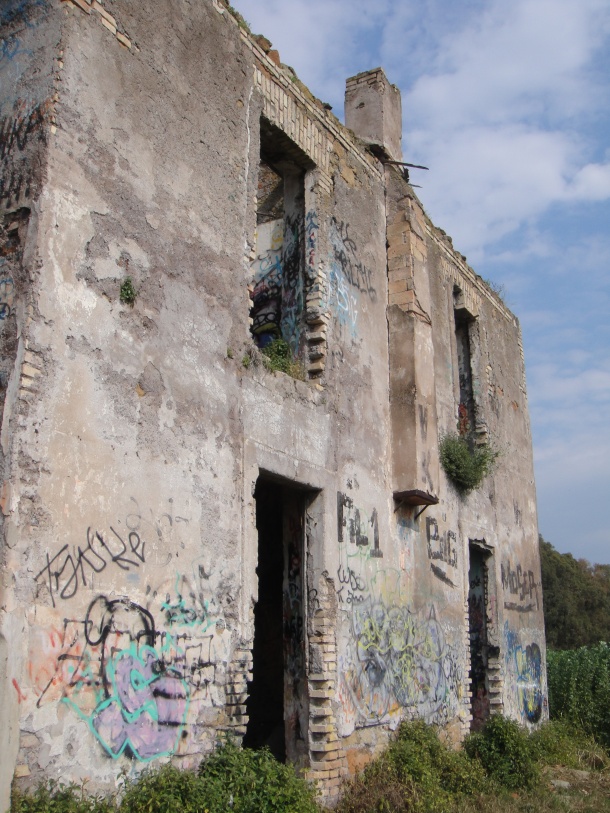 The back of the former safe house:

These days The Partisans’ Home gets little respect despite its heroic and historically significant pedigree. Instead, it is a place for kids to drink and get high, away from intrusive adults, and judging from the tattered mattress inside, it has, at times, served as a shelter for those in need of a temporary home. The remains of a fireplace in the corner: 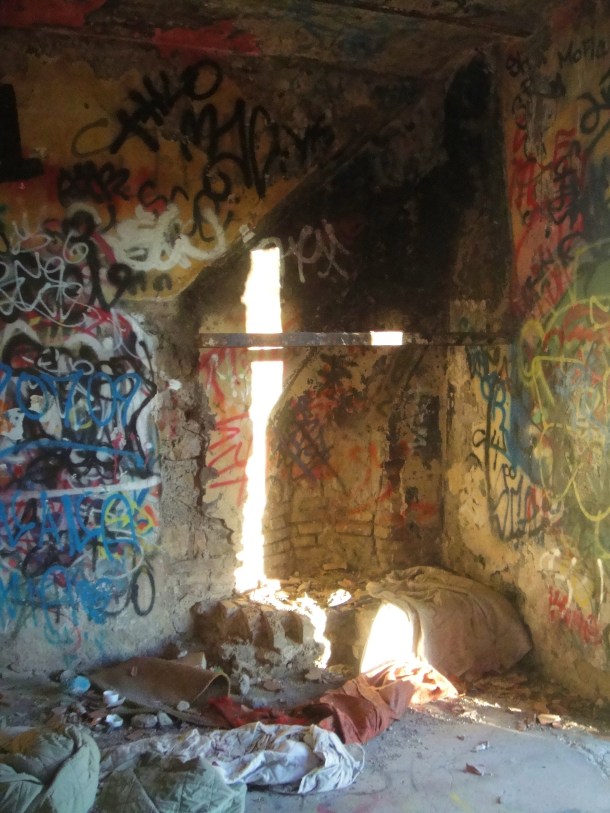 The stairs leading up to the second story… The fact that they are still stable and functional is a testament to the solid construction underpinning the farmhouse: 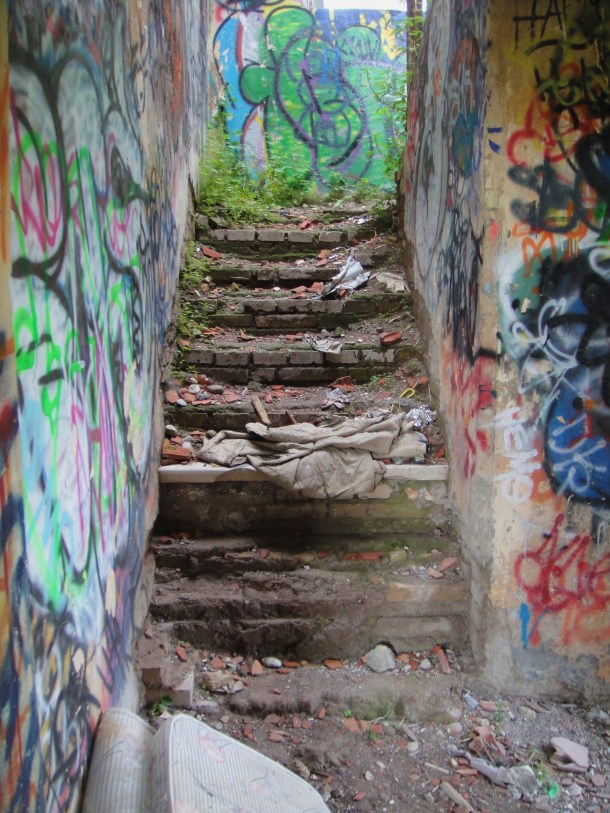 A view back down the stairs: 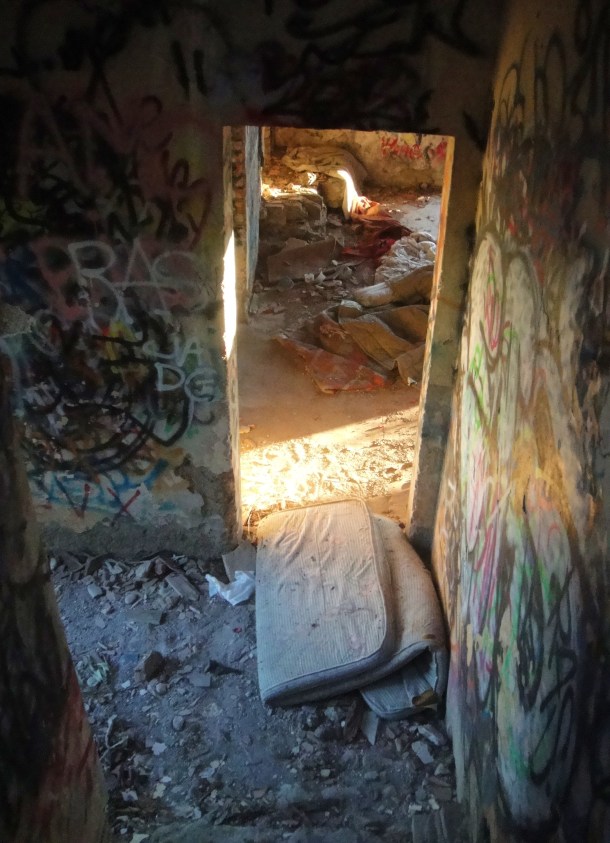 Being here, I am reminded of the insurgency in Iraq. There, as in Italy, insurgents ran unchecked through the countryside, meeting in farmhouses to plot attacks and resting up in safe houses such as The Partisans’ Home between these forays. Even Abu Musab al-Zarqawi was killed in a farmhouse outside Baquba that was not all that different from the one pictured here… Now, before I get any hate email, I am not comparing the Americans to the Nazis, but instead I am drawing a comparison to the setting for these two theaters of war and the similarities between all insurgents or guerrilla fighters (or whatever one wishes to call them). In this case, swap out the Korans for some wine and pasta, the AK-47s for Carcano rifles, the RPGs for “potato masher” hand grenades and you’re not that far off… And just as Iraq had foreign fighters pour in from Syria, Egypt, Sudan, Jordan, Saudi Arabia and many others, so too did the Italian partisans have Greeks, Poles, Americans, Russians, Ukrainians and even Germans disillusioned with fascism among their ranks. Italian insurgents: 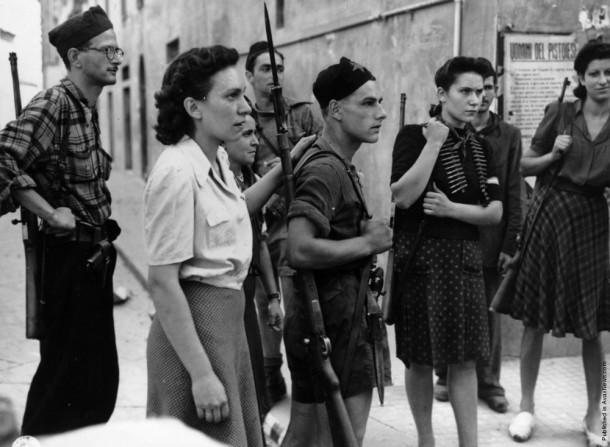 The foreign fighters, the tactics, the explosives, the functional clothing – none of this would be unfamiliar to the Iraqi insurgents or the Italian partisans if they switched places.

A view out over the fields through a window on the second story… I imagine such a viewpoint was helpful from a defensive perspective:

Looking up through the roof that was burned out long ago: 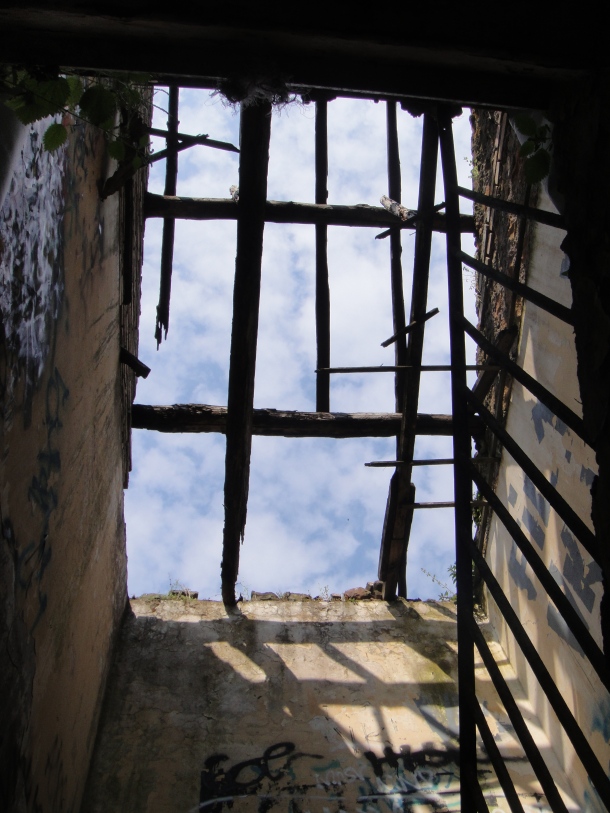 Some of the wooden beams still remain: 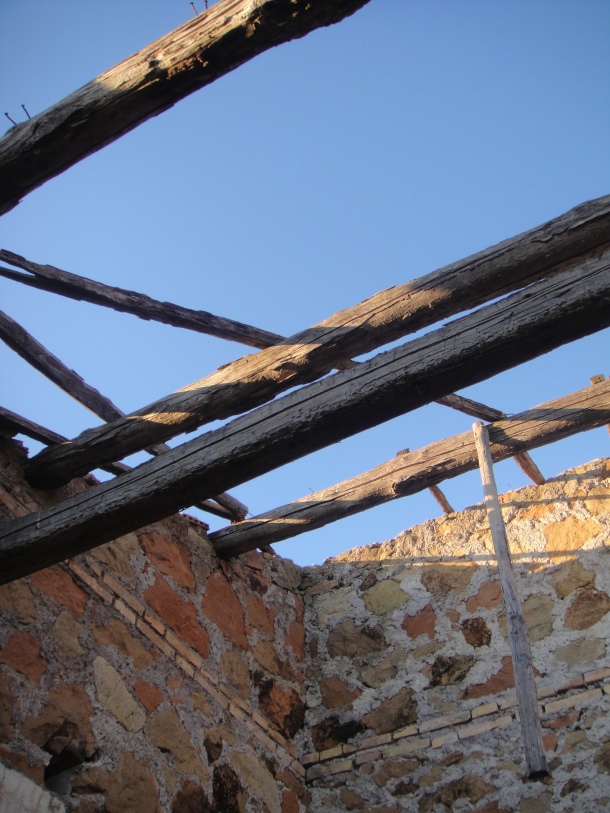 But nature is slowly reclaiming The Partisans’ Home: 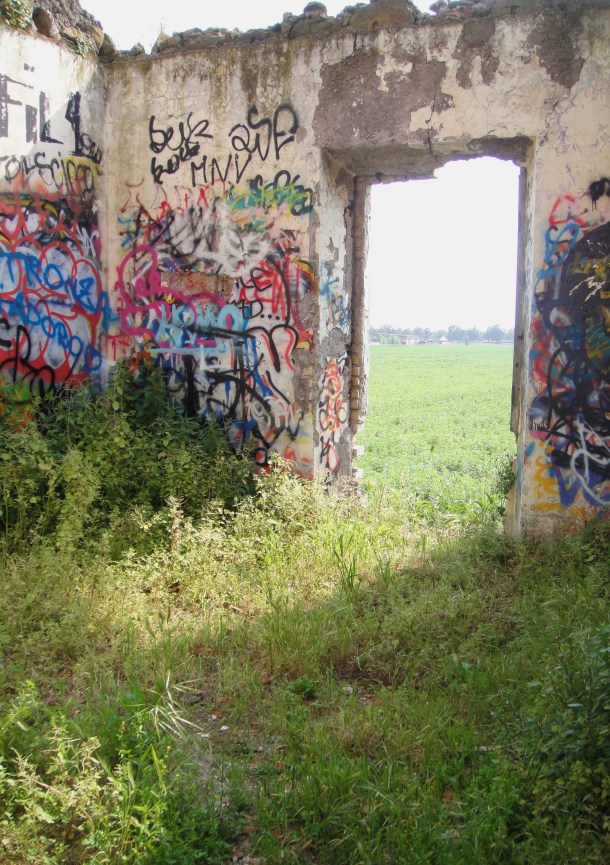 The remains of a workshop and garage attached to the farmhouse – now just filled with trash, which is periodically burned:

A sophisticated (for its era) pump and water trough to the side of The Partisans’ Home: 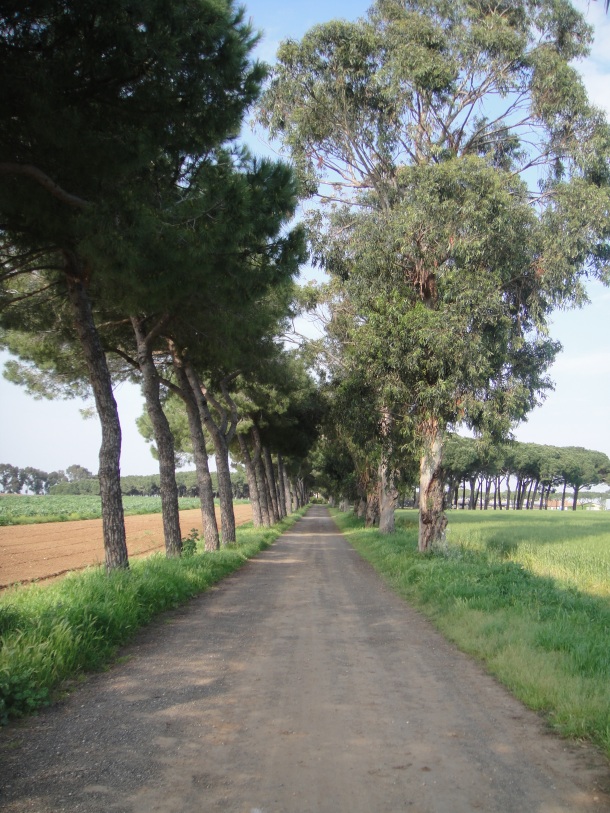 8 thoughts on “The Partisans’ Home”