Named for the olive groves that used to cover it, the Mount of Olives can be seen in the distance of this picture taken from the base of the Temple Mount… If you look carefully at the writing on the graves in the foreground, you can see that this is a cemetery for those of the Islamic faith:

The Mount of Olives serves up a big slice of biblical history, but I was more interested in its contemporary history and the impressive views from the top of the Mount of Olives of Jerusalem’s Old City along with the Dome of the Rock.

A view back toward Jerusalem taken while hiking up the hill:

Supposedly, the Mount of Olives is where God will start to redeem the dead when the Messiah returns on the Day of Judgment. In order to get a good place in line, Jews have always preferred to be buried here and, to date, more than 150,000 have been interred on these slopes.

At more than 3,000 years old, this is the oldest continually used cemetery in the world: 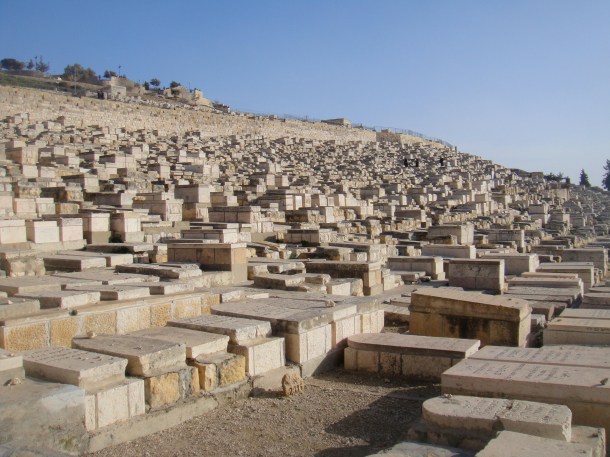 As a cemetery, the Mount did not fare well under the Jordanian occupation from 1948 to 1967. Graves were desecrated and headstones were used as construction material and even the latrines in the Jordanian army barracks. Roads, gas stations and an Intercontinental Hotel were built over the cemetery: 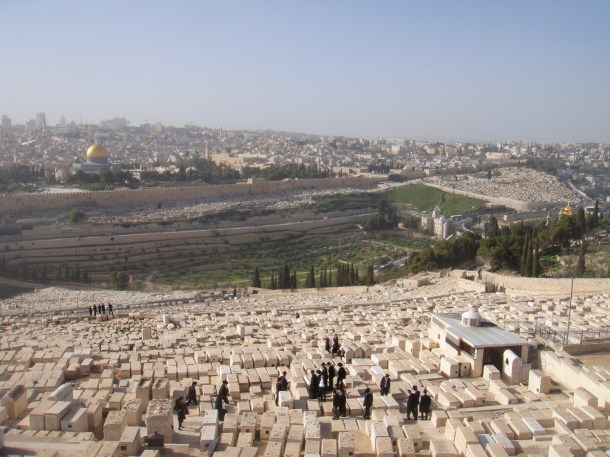 Israeli soldiers on top of the Mount of Olives, perfectly framing the Dome of the Rock: 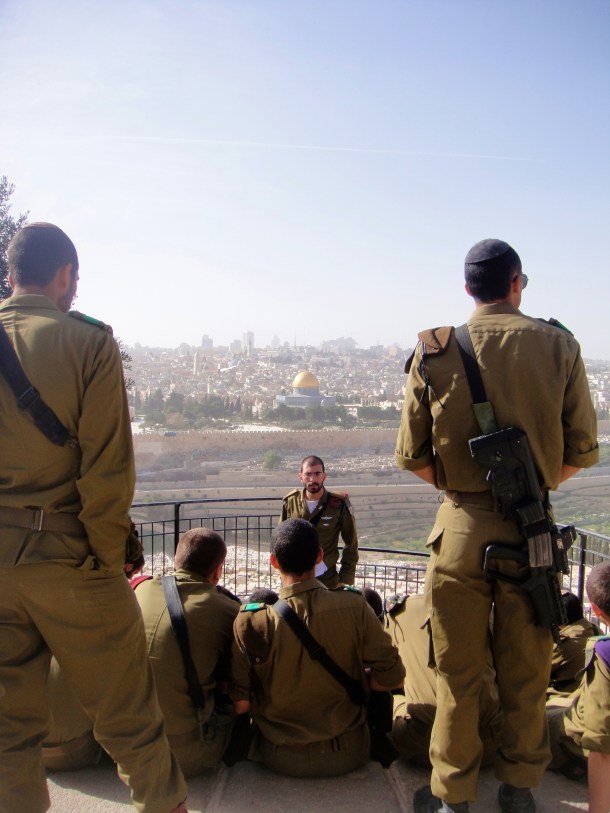 One thought on “The Mount Of Olives”