For most of you, this will be the second photo of the day (POTD) on the same day.  Such actions may seem to violate the natural order of things, but The Velvet Rocket is warming up for the theme of the next few posts and we don’t want to lose our momentum…

Long a site of significant political activity, the Chinese government is hyper-sensitive about goings on at Tiananmen Square and any visit to the square is carefully controlled (visitors will feel as if they are boarding a flight to the US). Part of that effort to maintain absolute control over the area involves the ubiquitous presence of these camera trees: 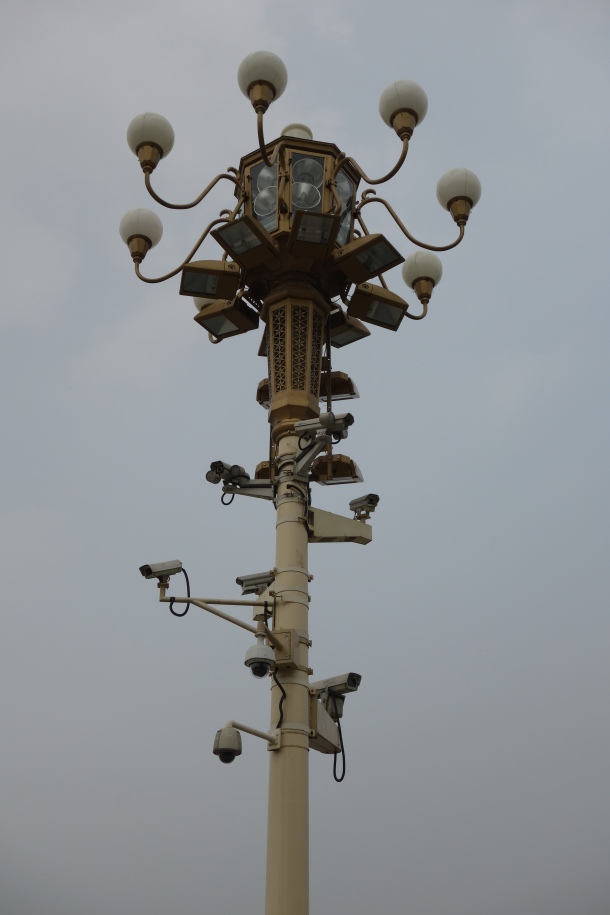 However, despite the best efforts of the Chinese, their efforts are not always successful.

Just several days ago, Uighur separatists in a Mercedes SUV barreled through shocked hordes of tourists and exploded just in front of the main entrance to Beijing’s famous Forbidden City. The attack left five dead – two tourists and the three Uighur occupants of the vehicle (including the 70-year-old mother of the driver).

The state news network of China stated that eight individuals from three families had been developing this plot in the southern Xinjiang city of Hotan since September and that they had raised $6,572 for the “project”.

Monday’s attack was quite unusual in that it took place outside of Xinjiang. And it took place in a location – under the enormous portrait of Mao Tse-tung on Tiananmen Square and around the corner from the Great Hall of the People, where Chinese President Xi Jinping and the rest of the top leadership were meeting at the time – which greatly unnerved Chinese security personnel. 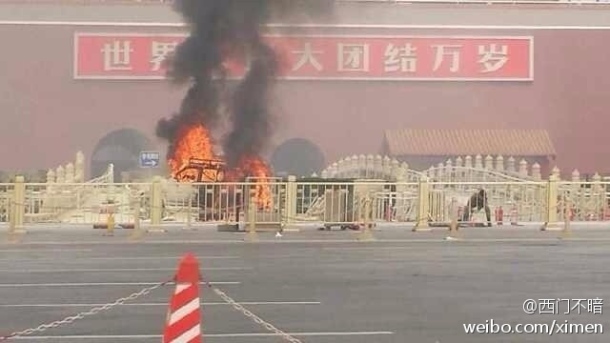 Below are two broader views of the entrance where the car exploded: 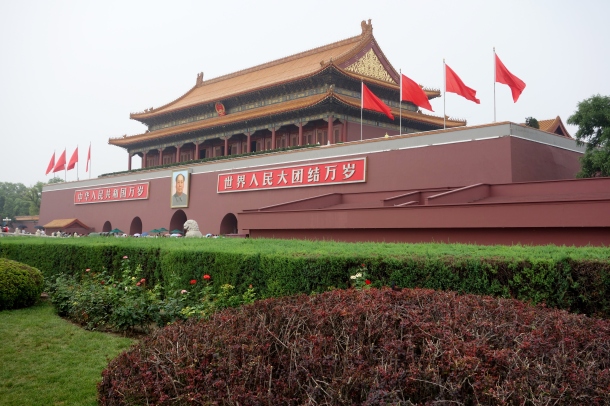 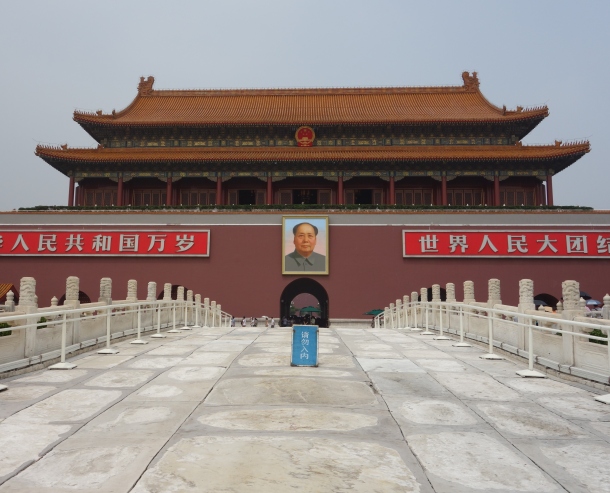