We’ve touched on Kashgar already, but there is a lot to see in Kashgar. So, we find ourselves back here again to explore another market.

This time, I will be taking you through the “Sunday Market”, which is more formally known as the Central Asia International Grand Bazaar… This is a gargantuan market – said to be the largest in Central Asia – that overflows with everything from Chinese-made textiles to Malaysian sweets to Turkish appliances and a full range of doppa, the traditional embroidered hats that crown the heads of Muslim men from Istanbul to Kabul: 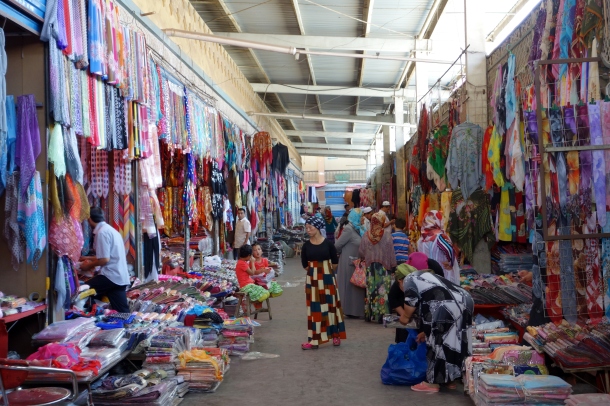 The market is so large that it is divided into hyper-specialized sections. So, for example, if one is seeking a certain type of hat or shoelaces or jade jewelry or whatever, there will be a specific area to go to find what is being sought. A map is not needed as one can simply ask one of the locals and no matter how obscure the request, they always seem to know where to direct you to find what you are looking for.

This section of the bazaar is devoted to hats: 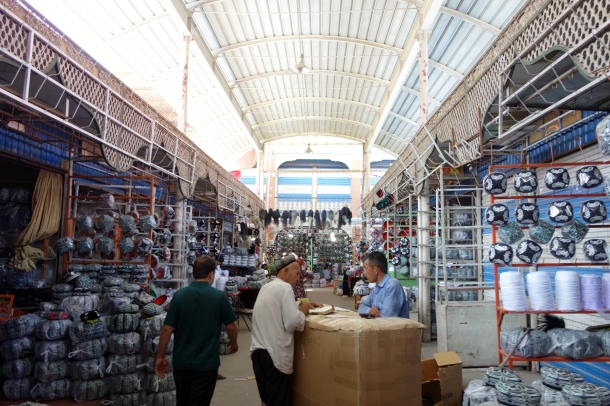 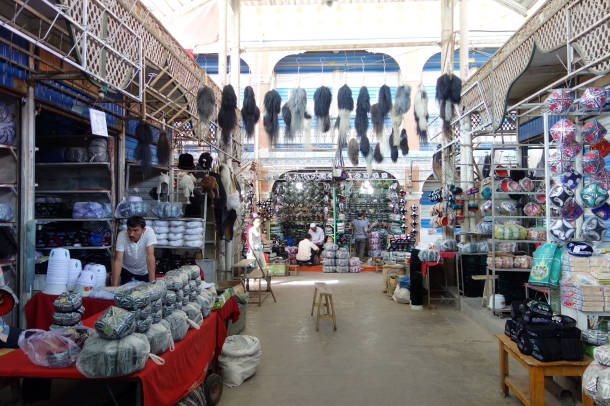 A section of the market (I’m using market and bazaar interchangeably) specializing in traditional medicines:

Dear readers from Western countries probably won’t find many of the materials here in their local hospitals:

A Uighur shopkeeper in this section informed me that one can buy anything at the bazaar in Kashgar except for chicken’s milk and cow eggs. And he was right in that there are certainly a number of interesting things to be found…

Take this bin of dried snakes, for example, that is used in some traditional medicine recipes: 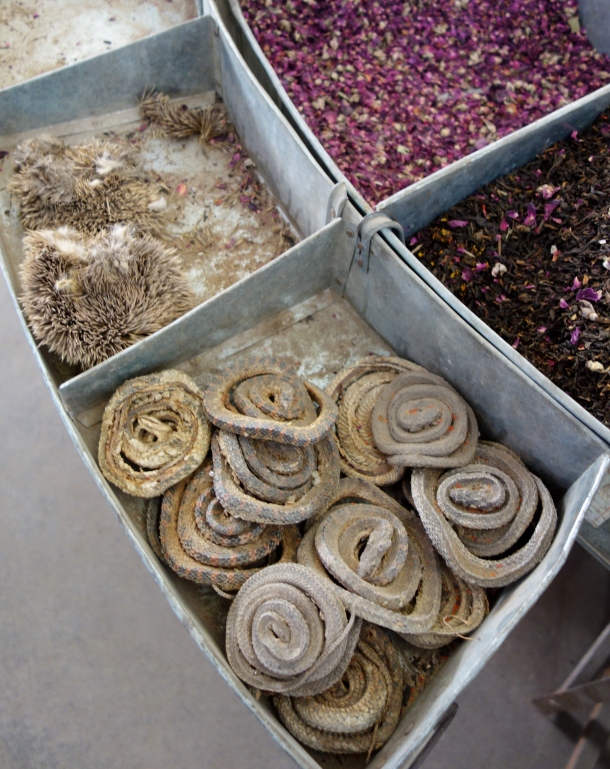 Or this bucket of live scorpions:

One probably won’t see such things at the neighborhood Raley’s or Sainsbury’s.

The market is so well organized that merchants that sell to more than one sector will be situated in a transition zone between the two areas of the bazaar. So, in other words, a merchant in the transition zone between spices and traditional medicine will sell a little of both, while a merchant that just sold sold spices would be located in the center of the spice section.

Accordingly, sharp-eyed readers will notice that while the gentleman below – located between the spice and traditional medicine sections (but closer to the spice section) – is primarily selling spices, that he also has a bin of dried snakes on offer: 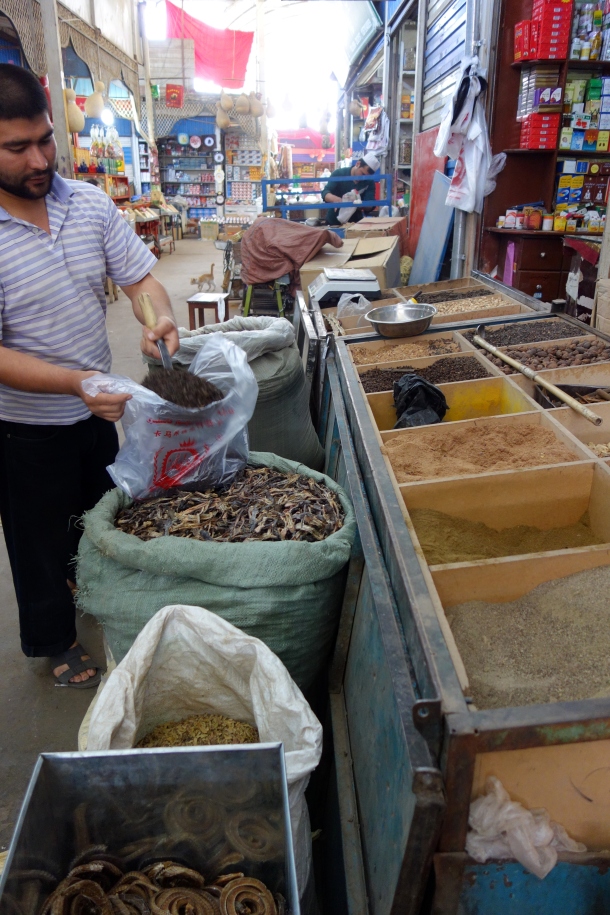 A Uighur spice dealer in the section of the bazaar that focuses on spices: 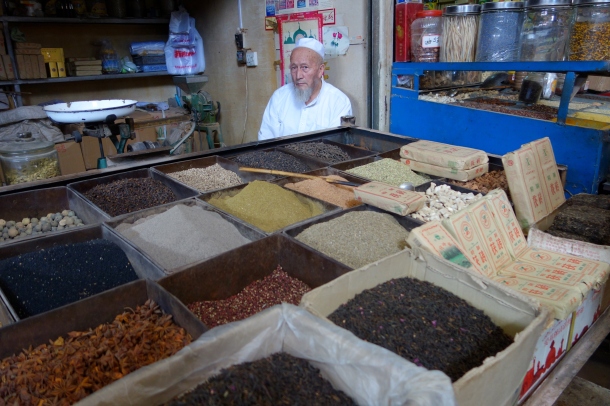 The spice section transitions into a section specializing in nuts and dried fruit: 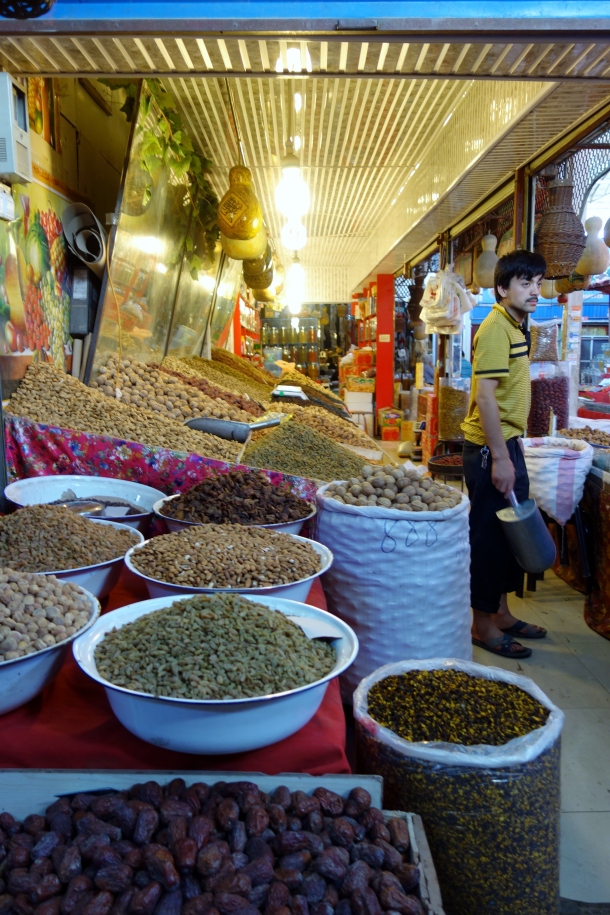 We bought some of those dates you see below and they were excellent:

A furrier at work in another section of the market specializing in furs: 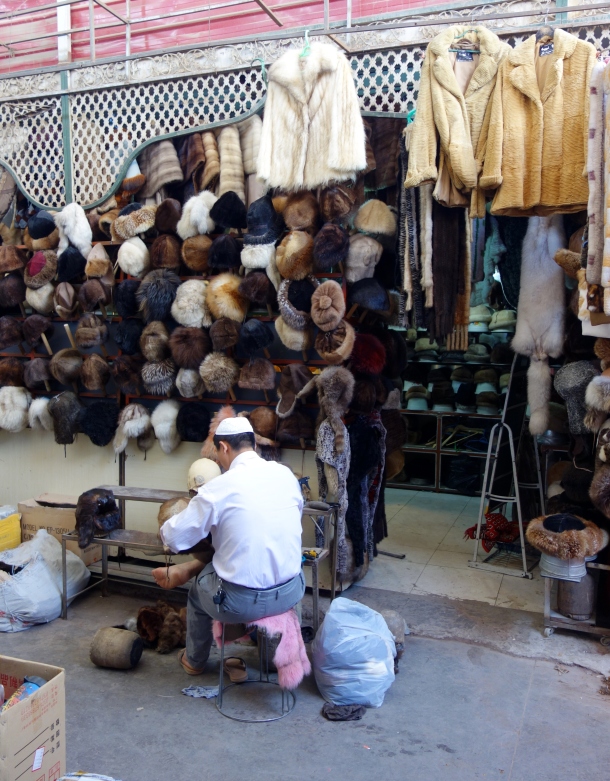 Some of the furs for sale in the fur section: 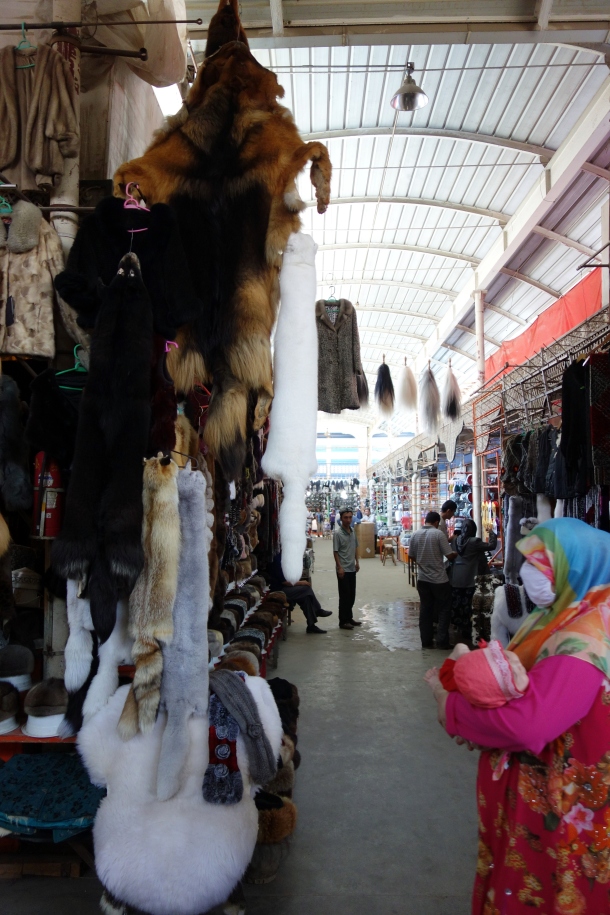 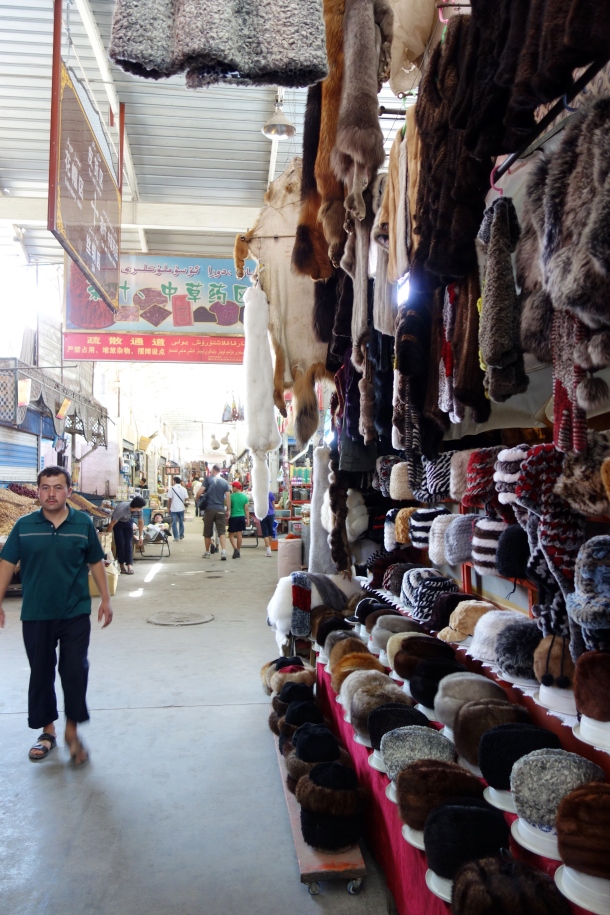 One other market worth mentioning in this section of Kashgar – a few blocks away from the bazaar is a pigeon market, where collectors will sometimes pay more than $1,000 for prized specimens (Unlike the animals sold in the city’s other markets, these birds do not end up on the dinner plate).

6 thoughts on “The Kashgar Sunday Market”