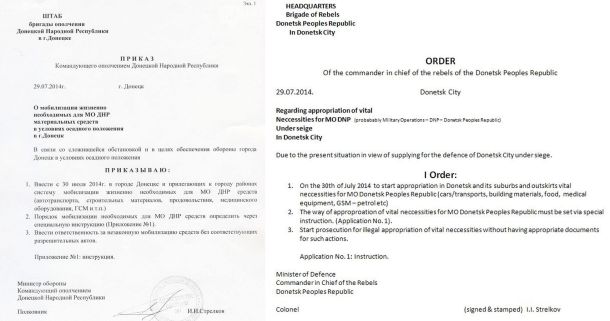 The looting order is not particularly surprising since the pro-Russian forces have been engaging in a fair amount of this anyway and the order above just “legitimizes” the practice. It does come across as something of an act of desperation though.

Also, Emir has reported to us that the shelves in Donetsk and the surrounding environs are rapidly emptying out and sent these pictures below as evidence of this:

Almost all of the beer is gone, but there are still plenty of potatoes: 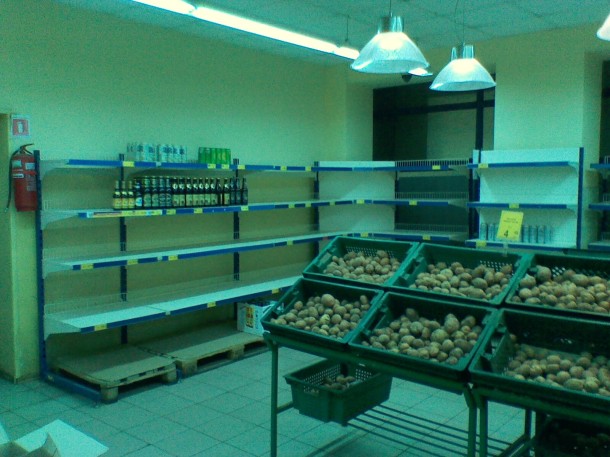 With the threat of having their cargo looted, it is difficult to imagine much new rail or truck traffic arriving to restock the shelves anytime soon.

That said, the separatists have not been faring well recently against the Ukrainian forces and so we may be in the end game of this civil war.

Emir says that the past two days have seen heavy tank and artillery fire, interspersed with Grad rockets, but that in just the past few hours things have quieted down a bit. He reports that the Ukrainian military is now approximately 5 kilometers away from Makiivka, in a town to the east of Yasinovata (see the map below – the arrow to the right is the approximate position of the Ukrainian forces and the circle in the middle is Makiivka): 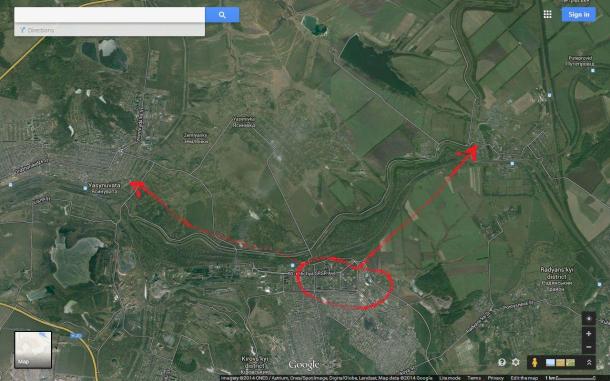 The town of Yasinovata has been under siege for the past several days as the separatists were deployed throughout the center of the city, but it is believed that the Ukrainian military is now finishing up clearing them out (if they have not done so already). That would seem to make Makiivka up next…

Should the Ukrainian forces prove successful in capturing Makiivka, it would cut off the only remaining supply line for the separatists and would leave the city of Donetsk completely encircled. Donetsk has become the capital for the separatists and its significance is demonstrated by the fact that they have vowed to fight to the death within.

The New York Times tells us that the Ukrainians are pushing on with their assault despite the buildup of Russian forces on the border. The Ukrainians are allegedly gambling that Putin is bluffing and will not actually formally invade Ukraine’s eastern regions. This confidence persists despite numerous reports of Russian military equipment being painted with “peacekeeping” logos and the fear that Russia will invade Ukraine under the pretext of leading a “peacekeeping” mission. This is a strategy that Russia has used before in places such as Transnistria.

So, as before, it will be interesting to see how all of this plays out.