Below is the checkpoint from North Ossetia into Ingushetia… Actually, this is just a sliver of it, but security is extremely tight here and I had to exercise a significant amount of discretion just to get the rough picture below. 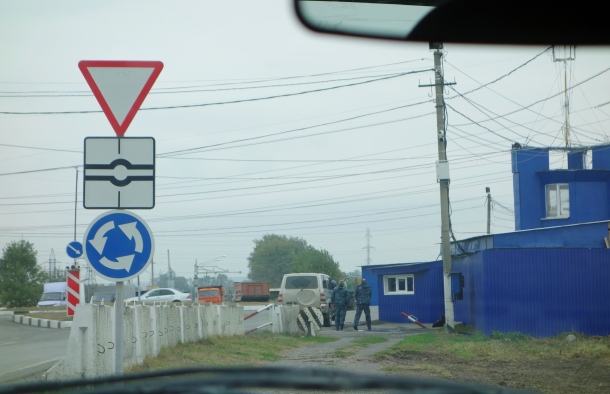 Ingushetia is very small – the smallest Russian republic – and at just about twice the size of New York City, it does not take long to drive across it:

Driving through the landscapes of Ingushetia: 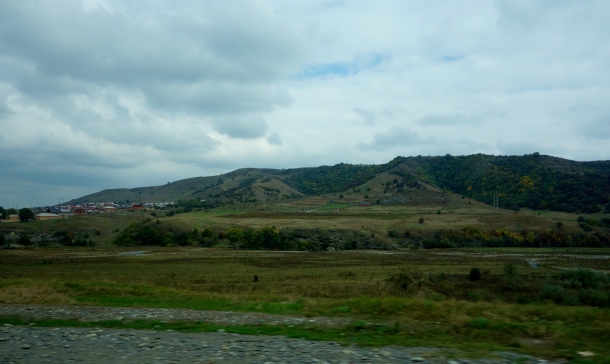 During the early 2000s Russian and Ossetian death squads roamed Ingushetia abducting young Ingush men. However, the war in 2008 between Georgia and Russia led to a number of Russian forces being redeployed to North and South Ossetia, after which time these murders tapered off.

Abductions and attacks by the Ingush against the Russian-backed security forces have also decreased significantly since 2008. This is likely due at least in some part to the removal from office of President Murat Zyazikov, a former KGB officer, and by the large Russian redeployment to North and South Ossetia mostly breaking the cycle of tit-for-tat violence that Ingushetia was trapped in.

The capital of Ingushetia is Magas. And because this is the North Caucasus, one must, naturally, pass through a checkpoint to enter Magas:

However, once inside Magas, the city is remarkably laid back and, in stark contrast to Chechnya or Dagestan, there are not soldiers or paramilitary police posted everywhere:

To be fair, part of the city’s laid back vibe may stem from the fact that it is a brand new city – construction of Magas began in 1995 – and the city has just 2,502 official residents. This makes Magas the smallest capital in Russia.

Entering Magas… With just 2,502 residents, traffic is not exactly a crushing problem:

Heavy traffic on the main thoroughfare through Magas: 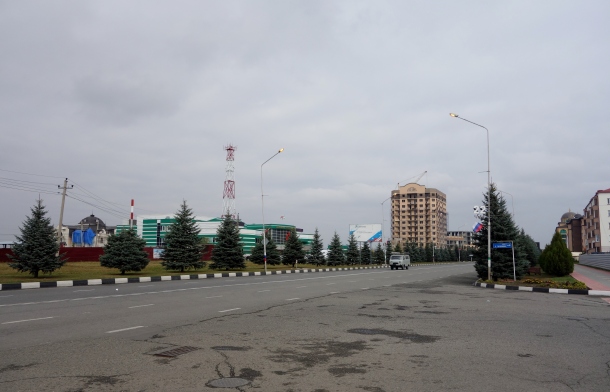 Walking the streets of Magas:

As I mentioned, Magas was founded in 1995 and so everything in the city is very new. This has deprived the city of many examples of good taste – the type of attractive good taste one finds in the old sections of cities such as Rome, London, Saint Petersburg or, really, any city with a history to it and, hence, older buildings: 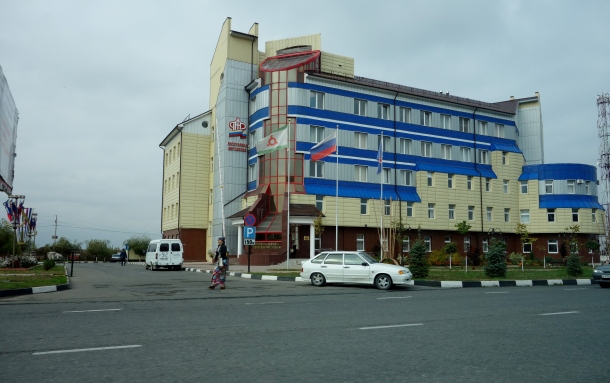 Perhaps not surprisingly, the architecture and buildings in Magas reminded me of what the Chinese government is imposing on Xinjiang where they are destroying the history of that region as quickly as possible and replacing it with a carpet of structures such as this: 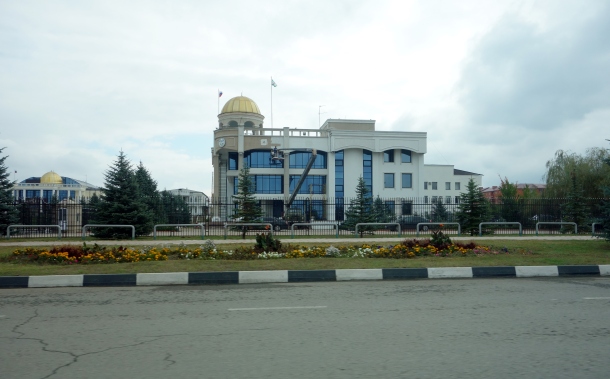 I should go easy on Magas though… The Ingush have a tragic history and construction of the city continues at a rapid pace. So, perhaps Magas will soon join the ranks of other world capitals with their attendant problems of traffic, high prices, crime etc. accompanied, of course, by a number of impressive museums and attractive buildings and squares? But I hope not… It’s better off remaining unique:

This is the presidential palace in Magas:

I’ve mentioned before the significance of the watchtower in the North Caucasus and this modern tower pays tribute to that history… So, we assumed that the structure being built at its base would be a mosque or a museum or something along those lines. However, when our fixer asked one of the construction workers what they were building, we were advised that it was a shopping mall: 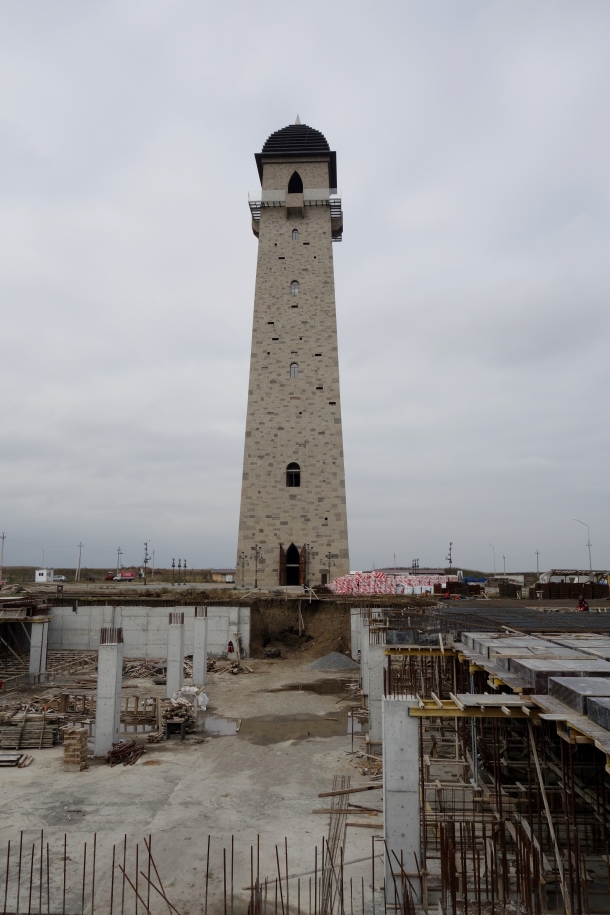 Just outside of Magas is the Nazran memorial site. However, after visiting Nazran and having lunch in Karabulak, one won’t drive for very far… 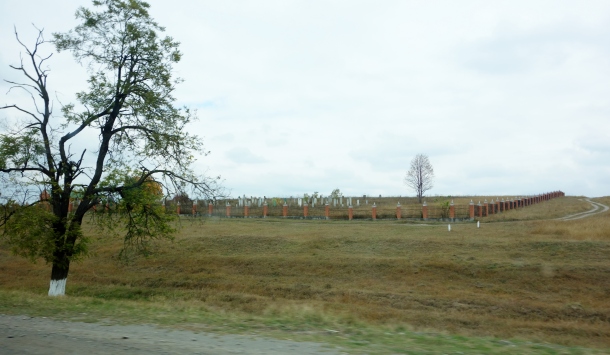 …before arriving in Chechnya.

3 thoughts on “A Scene Report From Ingushetia”