The Mangyongdae Children’s Palace is an unusual academy in Pyongyang, the capital of North Korea, where the most gifted children in the country are sent in order to develop their talents.  The intent is to showcase the children and their capabilities as evidence of the superiority of the North Korean system and state.

The children, some as young as 4 or 5 years in age, and who may not see their families again for years or even decades, are thrust into a regimented program where the sole focus of the child’s life is to perfect their talent, whether it be in ballet or painting or playing a musical instrument or any of several other skills that have been deemed desirable to promote.

The lifestyle and extraordinary talent of the children is certainly fascinating, but what is perhaps even more interesting is revealed by the simple fact that children are not as adept at concealing their feelings as adults are.  Thus, a visitor can catch a rare glimpse of the carefully presented facade of happiness and perfection in North Korea slipping as the fake smiles plastered on the faces of the children occasionally falter and the children reflect the strain of being torn from one’s family and plunged into the lonely, high-pressure environment of the Mangyongdae Children’s Palace.

When The Velvet Rocket team visited the Mangyongdae Children’s Palace, we were met at the entrance by two attractive women dressed in traditional Korean dresses. As they led us through polished marble halls, the women explained how fortunate the children were and spoke at length about the rigorous training the selected children undergo.

The sprawling palace is divided up into different rooms specializing in a particular talent and we were presented to each room where we would watch the children practice or display their expertise to us. Everything was immaculate and perfect. A little too much so in some cases… 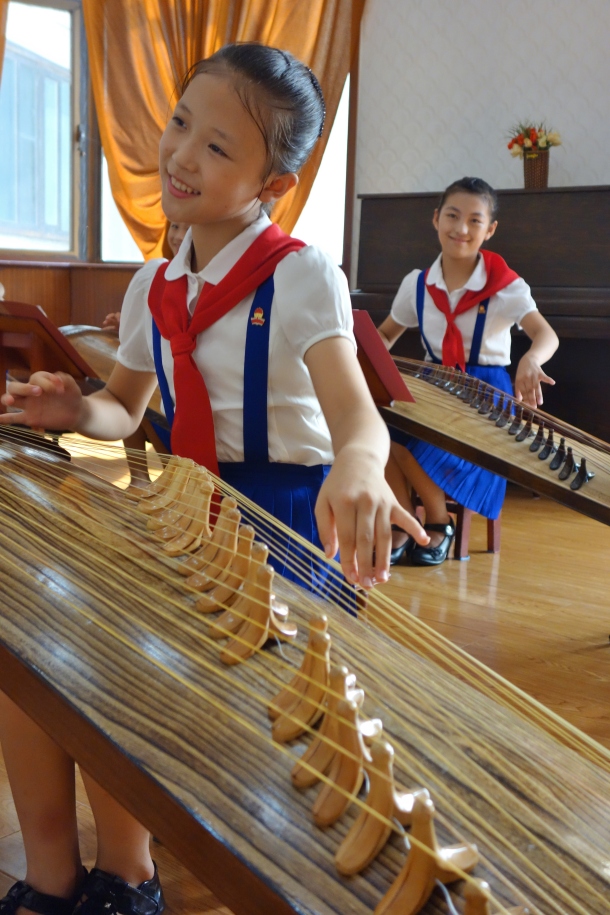 A group of girls practicing:

You can hear what it sounds like and see the girls practicing below: 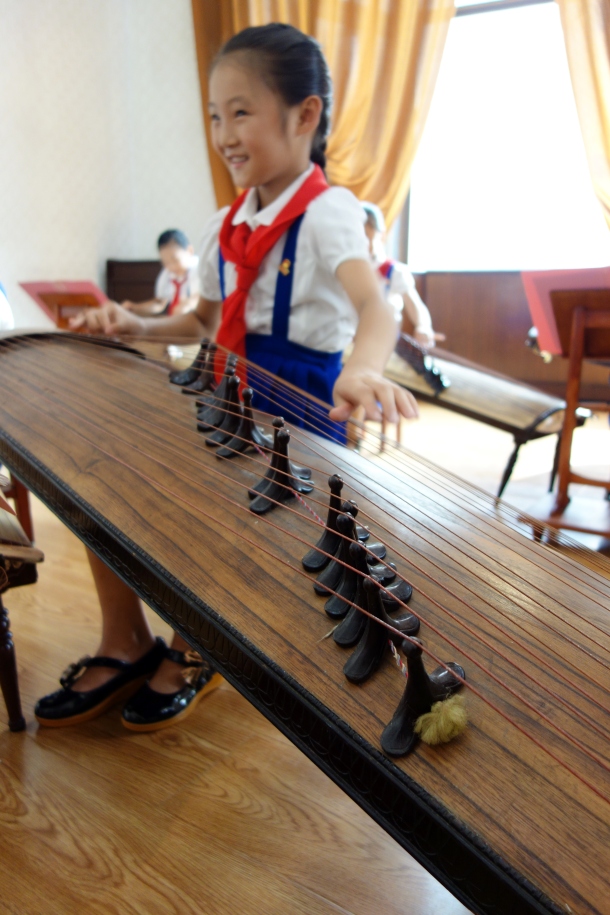 Another section of the palace where a group of girls were working on their ballet moves: 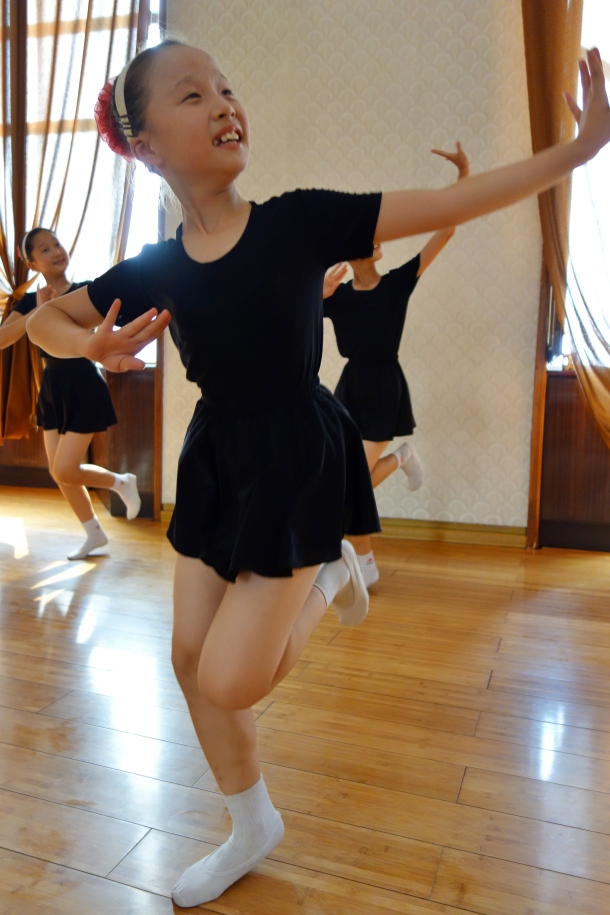 A video of their practice can be seen below:

Another room focused on painting: 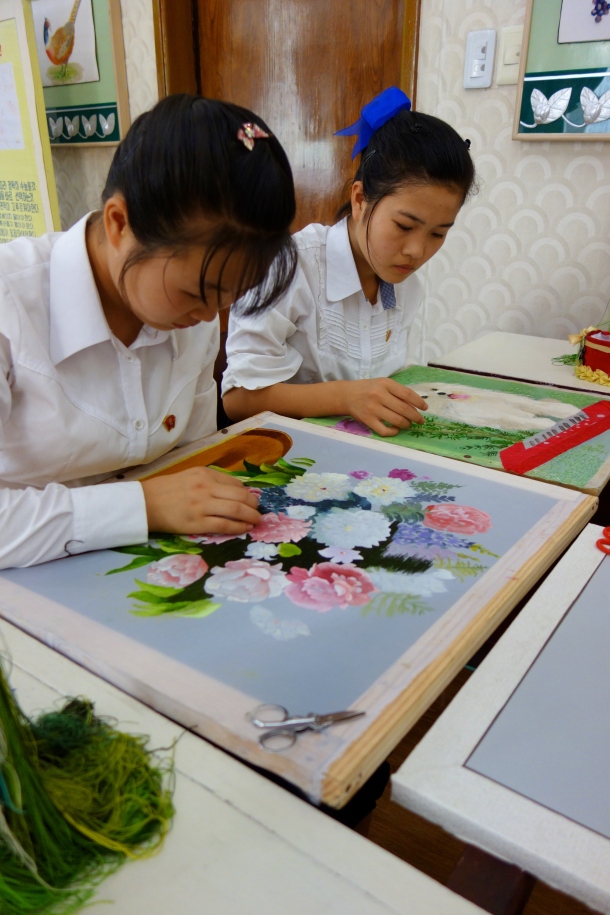 No secret that your editor is a fan of accordions… As such, I was impressed by the talent on display in this room: 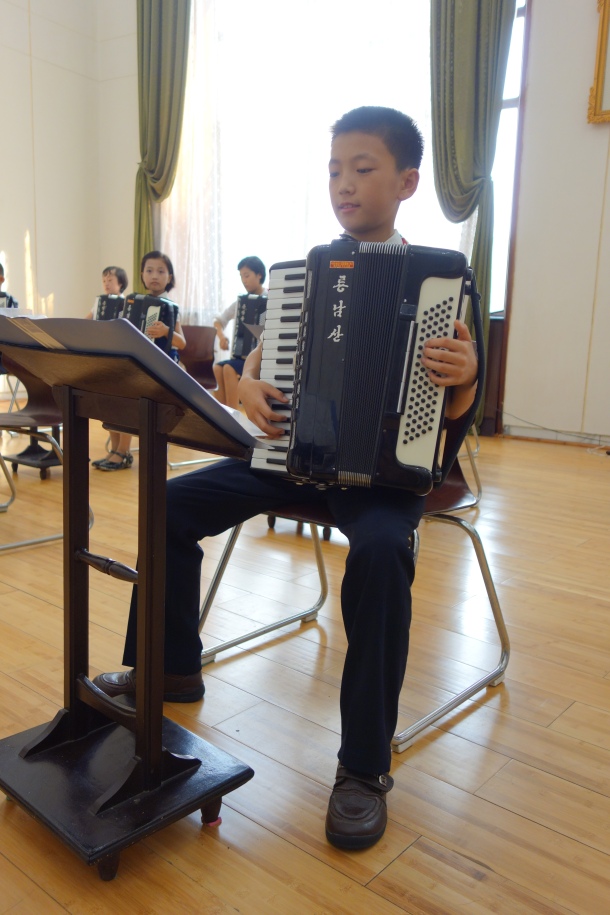 You can see what they’re capable of in the segment below from a performance the children’s palace put on for us:

A group of teenage girls putting on a small singing performance for us:

A video of the performance can be seen below:

The children are the most interesting aspect of a visit, but the palace itself is close behind and even were it not for the children, it would merit a visit all on its own. Fortunately, we were able to see a fair amount of it while being herded through its rooms and halls.

The electricity was off when we visited this section, but that strange model spaceship inside a cavernous hall devoid of any other furnishings is one example of what I’m referring to… But, hey, any ideology that promotes space exploration gains some points in my book: 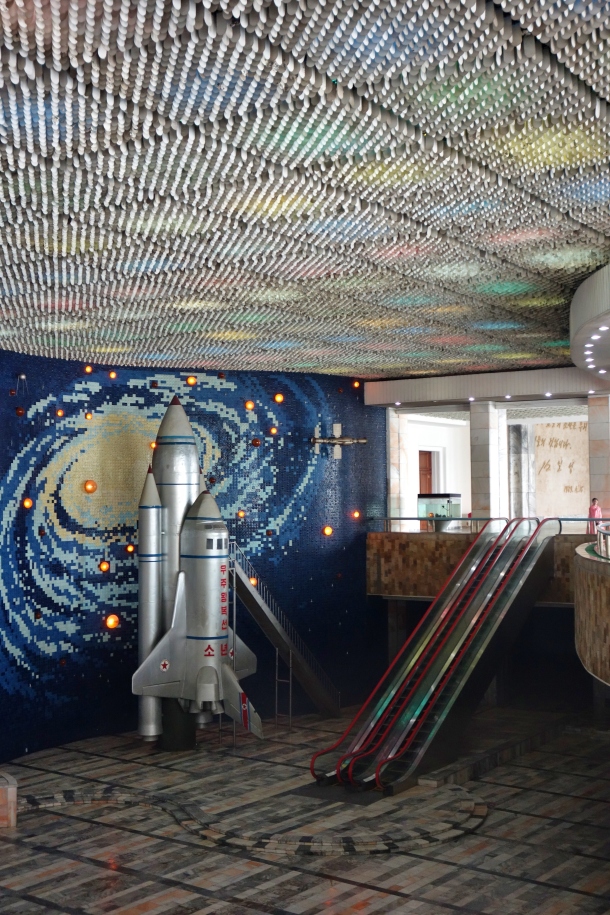 A massive chandelier at the heart of the Mangyongdae Children’s Palace:

Calligraphy is another of the high brow talents promoted within the palace:

A boy practicing for a performance we would see later in the theater of the children’s palace that involved a jaw-dropping display of acrobatics, music, dancing and even skating:

Of course, the talent on display within the palace is not limited to the physical, but extends to the mental arena as well: 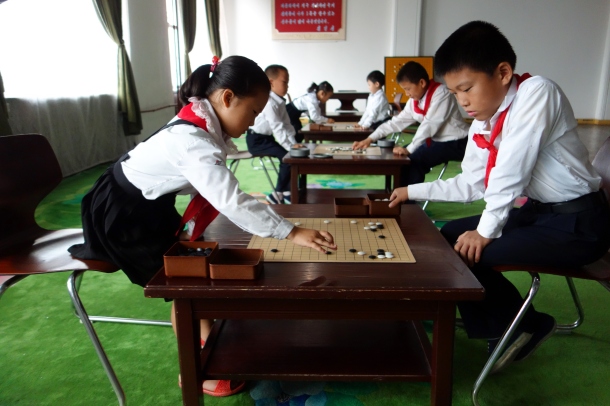 Despite their tremendous talents though, happiness and normal child enthusiasm seemed noticeably absent. But then again, maybe the kids were just really well behaved…

Either way, I wondered what these children thought of their existence and what their lives will be like when they are no longer considered children.