It finally happened. We finally witnessed someone being pulled over for driving too slowly and not getting out of the way. I’ve literally been waiting my whole life to see this.

We visited Big Basin Redwoods State Park this afternoon and had a great day of hiking/exploring. Accessing the park involves driving down Highway 9 and 236 and crossing over Skyline Boulevard (Route 35). 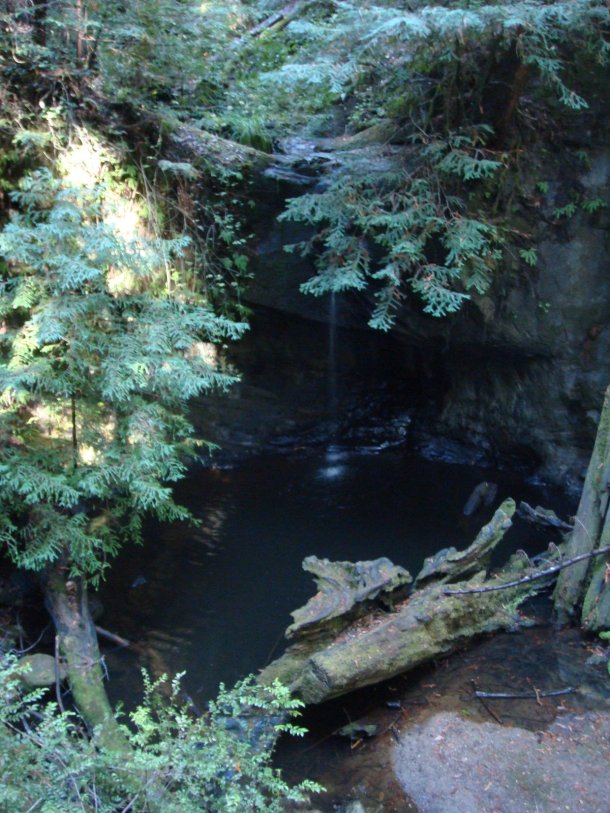 Anyone that is into motorcycles, sports cars or just simply speed is likely familiar with this area as it features many twisting roads and beautiful scenery which harmoniously blend to create wonderful conditions for an aggressive drive/ride.

I was driving a modified Subura WRX (pictured above this paragraph) and the drive out of the park started quite well. I was able to push the car with its AWD through some nice curves and was looking forward to the more challenging aspects of the roadway ahead when I came up on a line of traffic stuck behind the following vehicle: 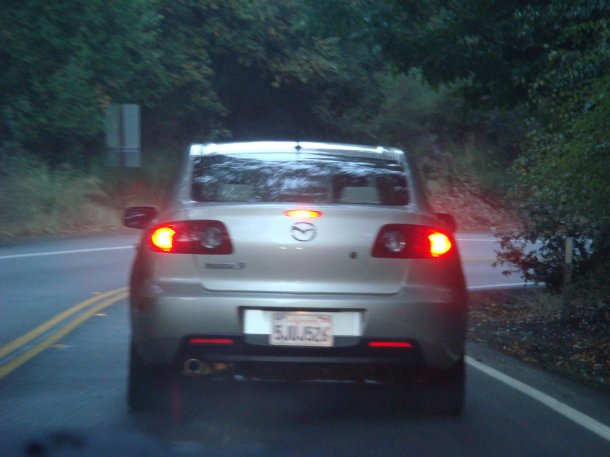 The line consisted of the Mazda pictured above, a white Ford truck behind the Mazda, a Park Ranger behind the truck (driving a Jeep Cherokee) and then me. The driver of the Mazda was consistently doing 10 mph below the speed limit for mile after agonizing mile as I watched one potentially awesome corner after another slip by. Of course, the driver of the Mazda ignored the numerous turnouts along the road as well as the signs advising slower traffic to use the turnouts. Eventually, it was too much for even the Park Ranger and the flashing blue and red lights we all know too well were illuminated (Yes, Park Rangers are able to issue citations just like the Highway Patrol). The driver of the white truck immediately pulled out of the way and the Park Ranger roared up behind the Mazda which then came to a virtual standstill in a blind corner before shuffling off the road and onto the shoulder in a process that took far too long (but was almost orgasmic for us given the cocktail of positive emotions we were experiencing – the instant relief to maddening frustration, the sense of righteous justice being served, the once-in-a-lifetime significance of what we were witnessing, etc.).

After cheering as we passed the scene, I was able to open the car up and really enjoy the next few miles before we stopped at a vista point to admire the view as well as the numerous sport motorcycles parked there. We spent ten minutes at the vista point talking and admiring the visual candy before getting back on the road. Just as I was pulling out, guess who drove by right in front of me? That’s right. The same Mazda 3. However, the experience this time was a little different (The picture of the offending Mazda posted above was taken during this second encounter). The Mazda was driving much faster now and as soon as I caught up to them and started hugging their rear bumper, the driver immediately pulled over – making the remainder of the drive through the mountains most pleasant indeed.

I’d like to think the driver of the Mazda 3 was taught a lesson that will not need repeating. More importantly though, this story was written to give hope to those of you out there suffering on our roadways every day. People really do get pulled over for driving too slowly! And, hopefully, someday it will happen to the asshole you’re stuck behind…