Venturing forth again (Part 1 can be found here), it didn’t take us long to regain our proper frames of mind for the day after passing signs like this:

Or more signs for places like Catch A Trout Road or Tater Ridge Road or Roy Cagle Road or Boggs Road. Or businesses such as Uncle Jeb’s Auto Sales or Tex Jones Shop or Mickey Pigg’s BBQ or U Can Pawn. And, of course, I can’t leave out the South Carolina Bear Hunters Association.

We turned down a dirt road near the South Carolina Bear Hunters Association sign and after following the road past some derelict mobile homes, stopped to take a picture of the view. Almost immediately, several Quasimodo-like individuals emerged from the trailers and slunk to the side of the road, just staring at us. I gave a half-wave as I was getting back in the car, but they just continued to stare at us without reacting. We continued down the dirt road until it reached a dead end where we turned around. After several minutes of driving, I spotted a movement out of the corner of my eye. Thinking I might see a deer or some other wildlife, I peered into the woods and to my great surprise, there was a stocky man, barefoot and dressed only in camouflage overalls sprinting through the forest. It instantly reminded me of the opening scenes in Last of the Mohicans where Daniel Day-Lewis is running through the woods after the elk. Only, I couldn’t see what this guy was running for. I wasn’t sure if he was trying to intercept us or if he thought we were trying to raid his whiskey still or what. Mr. Downing accelerated and we were glad to be out of the area.

We were soon back in Georgia (which unlike South Carolina at least had a sign indicating when one had crossed the state line):

We stopped at a gas station/jerky shop for fuel and as I mentioned in my previous Southern Exposure posting, gas stations are the cultural centers of most of the small towns in the rural South. This being no exception, a small crowd was sitting and standing around watching NASCAR on this small television:

This checkout clerk (Yes, she was missing a number of teeth), who acted as if us paying for gasoline and some beverages with a credit card was one of the most significant burdens she would face in her life, shouted on a regular basis over to the others watching the race for updates:

I was amused by this sign outlining the restrictions on sales of booze – odd for a part of the country that claims to value personal freedom and responsibility, isn’t it? They do value freedom as long as it allows them the freedom to do what they want or your freedom matches their desires:

And here are some more of the pictures that are plastered all over any gas station you enter. I would draw your attention to the name – Clod McCracken – and the location – Rabun County. You can’t make shit like that up:

More fine Southern gentlemen. What do you think of the one on the right? 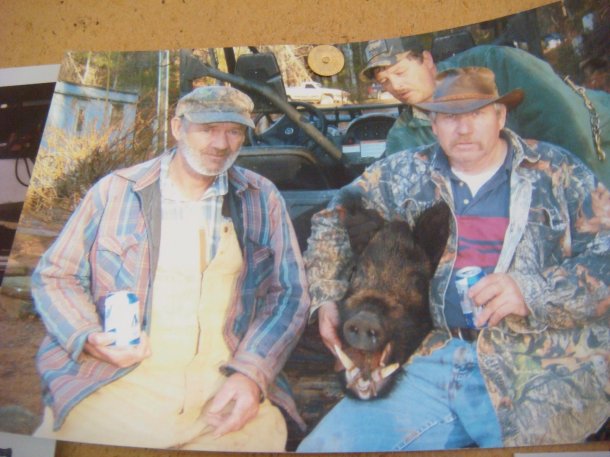 One of the principal occupations in the South seemed to us to be that of truck driver. This truck parked in front of a rundown house is just one of many, many examples we saw: 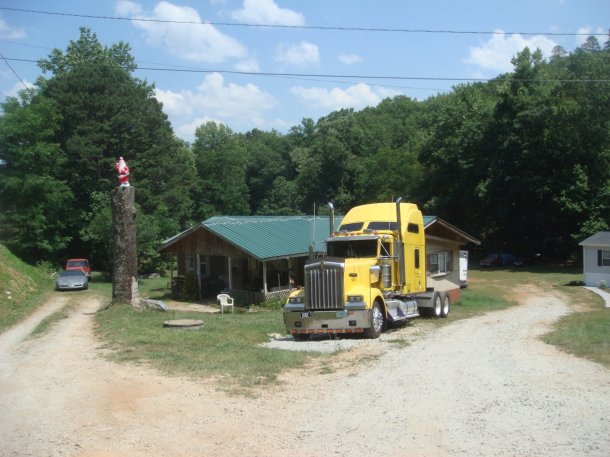 Another home that surprised us because people choose to live like this: 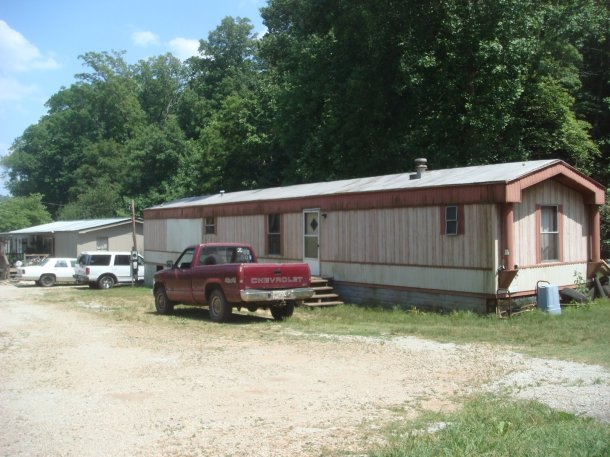 And, again, everyone has crap in their yards: 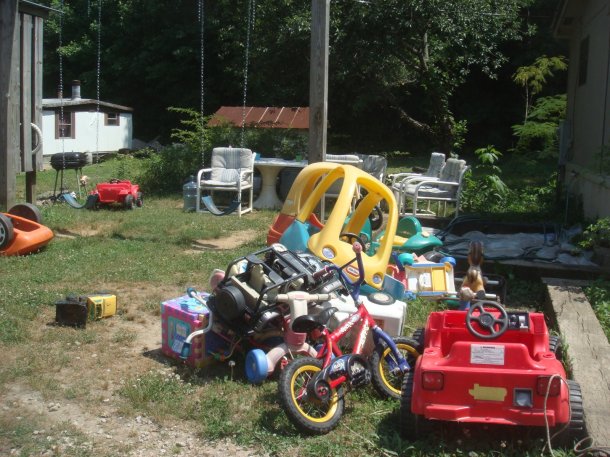 Such as this broken down truck… 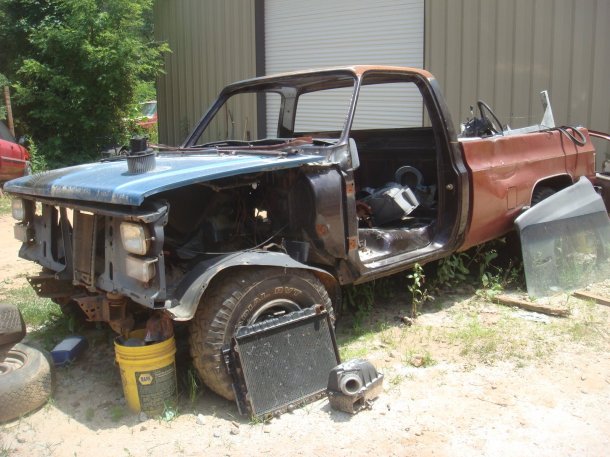 With nails embedded in the hood. Why? We were unable to answer that question: 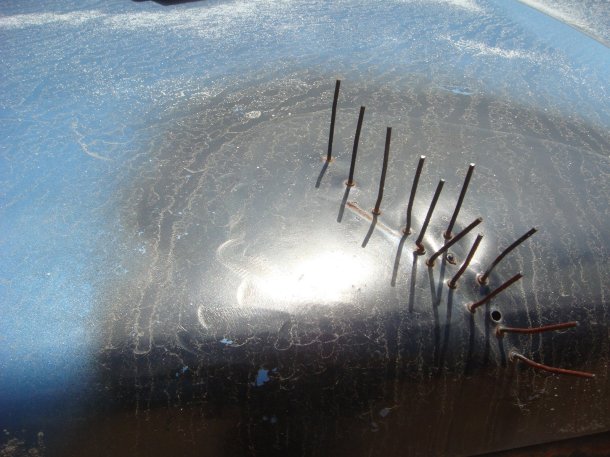 This bus really creeped us out. It was parked in a secluded area behind some particularly repugnant homes. Inside the bus was a child’s Teenage Mutant Ninja Turtles blanket – spotted with blood. We were both left with the distinct impression that this was a rape bus and that some dark shit had taken place here: 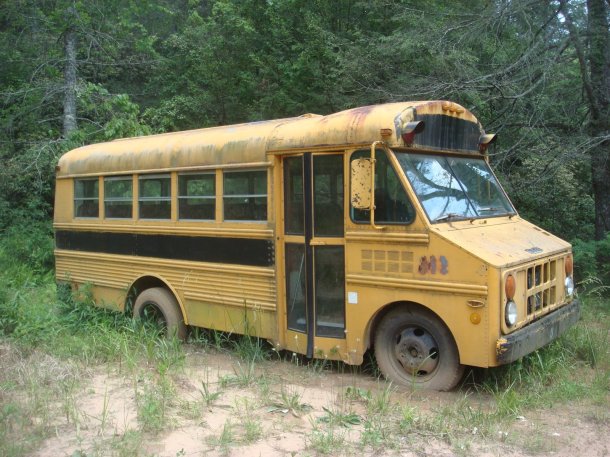 Another occupied dwelling that looks as if it shouldn’t be. The amusing part about this one was that it had a heavy padlock on the front door. As if someone would actually want to break in:

More of the same. I’m sorry if I appear to dwell on these, but I was just blown away by the lifestyle choices so many people had made. In Afghanistan the people are desperately poor and yet they still live with dignity – working to keep themselves and their homes clean and to maintain some sort of aesthetic sensibility. I observed no such values in the South: 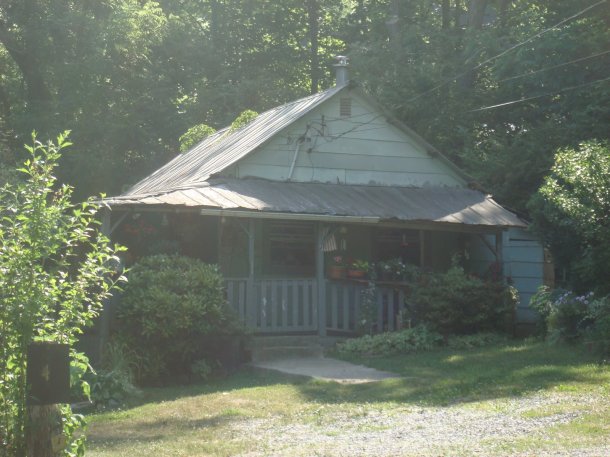 Yes, this trailer really was occupied… I know.  What can I say? 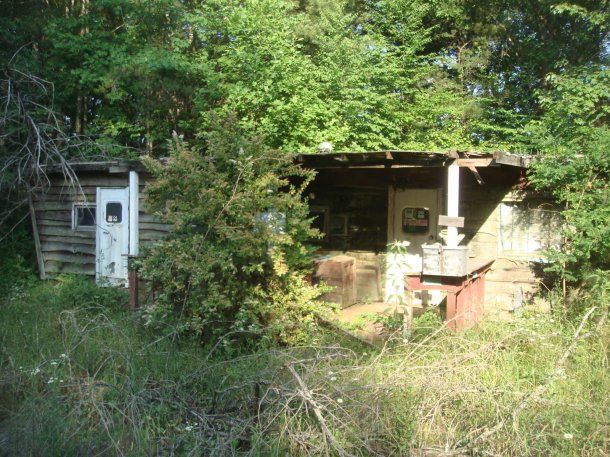 We encountered this couple at a lake. Please notice the handlebar mustache on him and the Confederate flag bandanna. She was raving about a “big, goddamn fish” she’d seen in the water:

We ran into them later that day and this is what they were driving. Yes, kids, that is an IROC Camaro with a T-Top, a racist license plate and an unmatched door (which Mr. Downing pointed out undoubtedly was procured from someone’s front yard). Truly the personification of the South:

Never fear – some good churchin’ is always near for those feeling in need of some spiritual guidance. 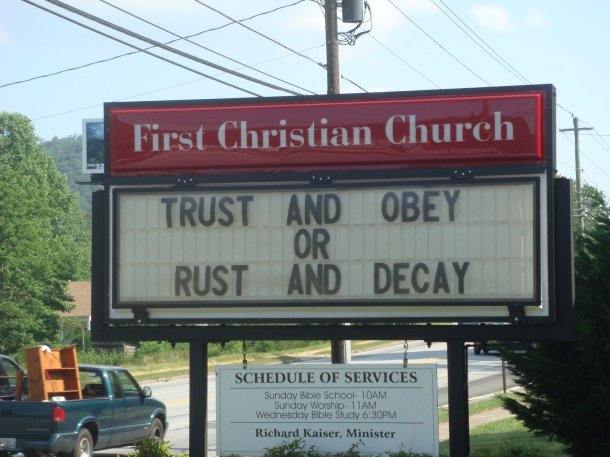 This is the interior of Taylor’s Baptist Church:

Taylor’s Baptist Church on the outside:

And a sign for Taylor’s Baptist Church we stumbled across:

To accompany the heavy doses of religion, there is a much higher quantity of strip clubs than elsewhere in the country. I believe it is because the men are so sexually repressed. Not sure what the women do… Cheat?

This sign was on the door of a strip club we passed. Notice how it says “no visible knives”. In other words, it’s OK to have a concealed weapon, you just can’t let anyone see it:

As mentioned previously, this area does have attractive settings such as this view at Blackrock State Park: 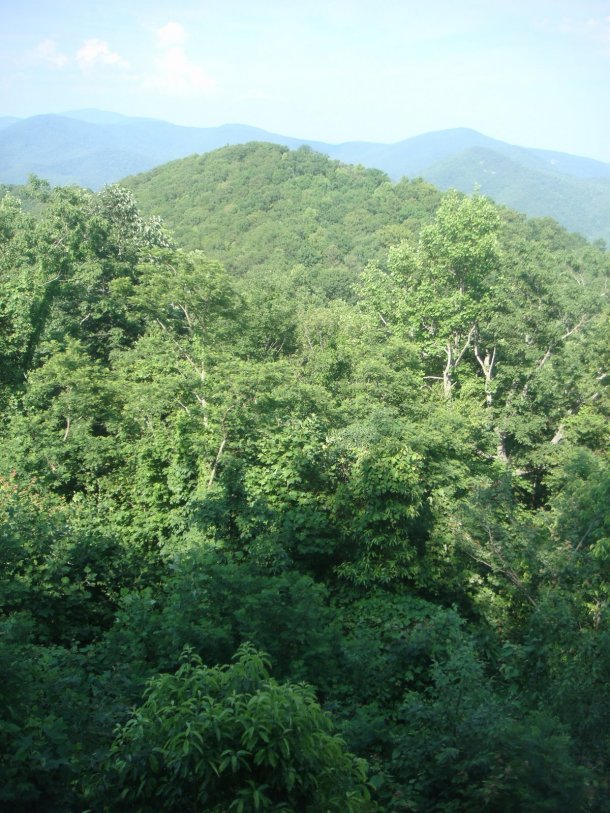 Or this home and art studio with a functional waterwheel:

Or this handsome horse:

But so few people seemed aware of the natural beauty of the area and even fewer seemed to have the capacity to appreciate it – let alone try to become a part of it or add to it.

Quite by accident (we were simply exploring down the dirt road pictured below) we stumbled across an absolutely idyllic and beautiful site deep in the Chattahoochee National Forest:

This stream was cool and clear and the water soothed away much of the mental distress accumulated during our day of exploration: 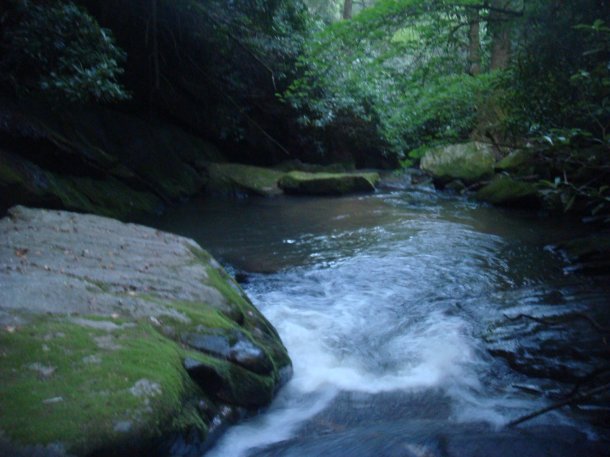 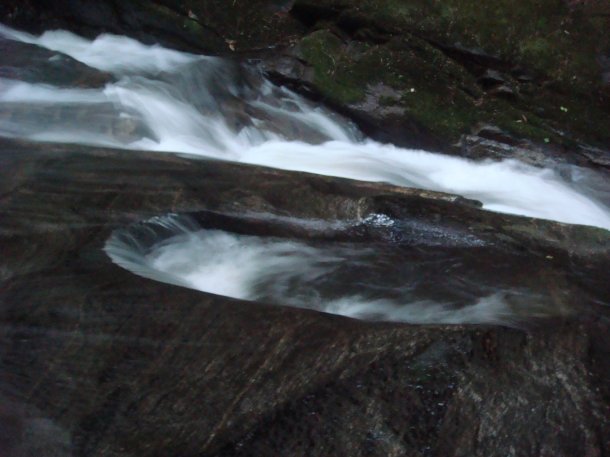 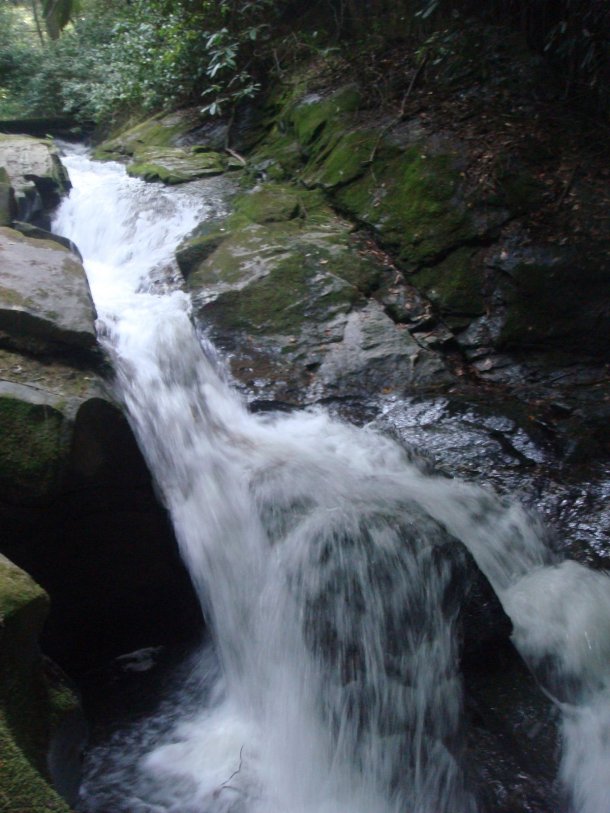 We felt compelled to go out of our way to visit the site again the next day: