Aside from the simple pleasures of traveling and visiting old friends, I was keen on visiting some of the more extreme “Deliverance type” areas in America’s redneck South. Mr. Downing had tried to prepare me for the type of environment we were headed into, but words simply cannot prepare one for the experience.

One of the first areas Mr. Downing suggested we visit was Rabun County, Georgia where the movie Deliverance was actually filmed with ample help from the locals serving as extras in the film. Locals who, shall we say, jumped off the high dive into the shallow end of the gene pool. So, needless to say, I was in full support of starting operations there.

Upon leaving Atlanta, I was stunned at how quickly we transitioned into the land of turducken and Confederate flags. Oh, and for the uninitiated (and you should not feel bad if you are not), turducken is a dish consisting of chicken stuffed in a duck stuffed in a turkey and is uniquely Southern in nature.

For the first few hours of driving around, things like this are pretty funny and one spends much of their time getting a good laugh out of things.

One thing that soon becomes evident and is also amusing is the fact that there are absolutely no abstract names in the South. For example: I grew up on Quintera Way. However, you’ll never see a sign like that in the South. Instead the sign describes exactly what is on the road. So, guess what is on Up Big Hill Road? Or Muddy Creek Road? Or Way Up Way? Or Downhill Road? Or Buford Dam Road? By the way, none of the names mentioned in this series are made up. They were all written down in my notebook as we drove past these various locations.

However, after a few hours of fun, the humor in the situation starts to wear thin. The naked hostility of the locals to outsiders and things like overt racism or a fascination with killing things all become a little fatiguing. Mix this in with the living conditions and the genuine pride the locals feel for their lifestyle and it all becomes a little overwhelming – a type of sensory overload.

On the topic of living conditions, which was alluded to above, we were continually amazed by the conditions in which people lived. As unbelievable as it may seem, all of these structures were occupied: 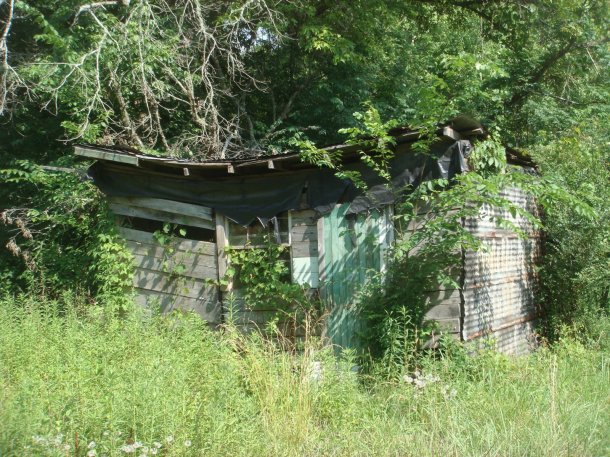 Not many places have running water which, of course, necessitates an outhouse:

And we were also amazed by the amount of crap people always had in their yards:

Or on their front porch: 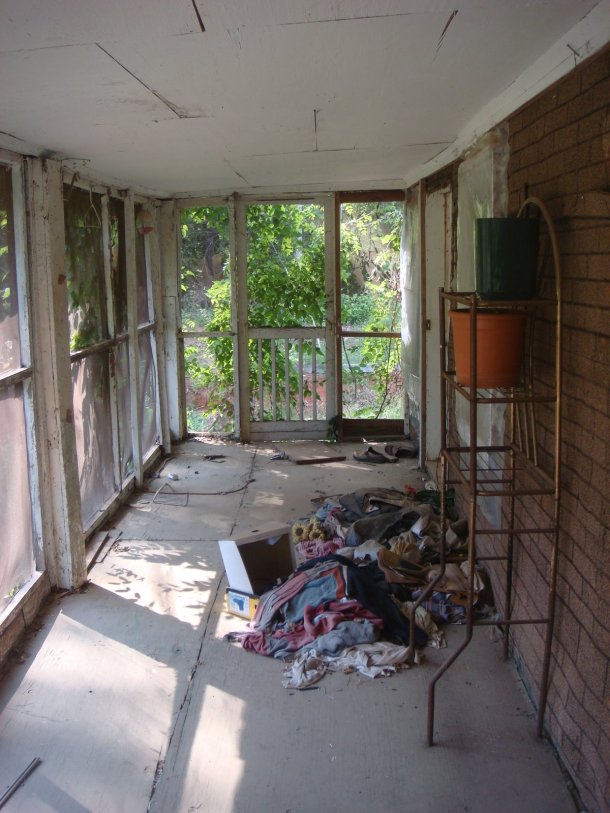 This is a typical scene in a gas station – which serves as the cultural center (I’m not joking) in most of the small towns we passed through… Note the scrawny guy with the mullet purchasing the Bud Light and the fat woman on the right. This is a representative sampling of something we observed over and over again. Everyone in the population was either overweight or meth-addict scrawny. No one looked healthy. There was no in-between. 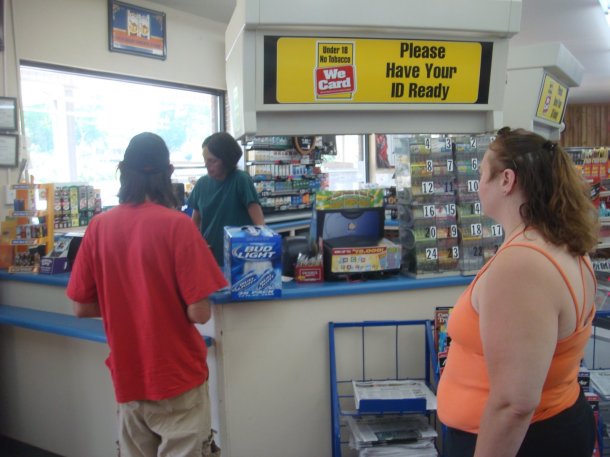 I told you the gas station was the cultural center of these towns… People would congregate outside and converse for hours.

Being the center of culture, the interior of the convenience stores at the gas stations would be covered in pictures like this:

This particular gas station (which we did not patronize), The Dixie Depot, stands out for its embrace of the values of the Confederacy…

We both loved how it reads “Confederate owned.” No it isn’t… To whom do you pay your taxes? To the Yankees… And notice how it says “Entering Civilization”. Having been inside, I can assure you that few things are further from the truth… 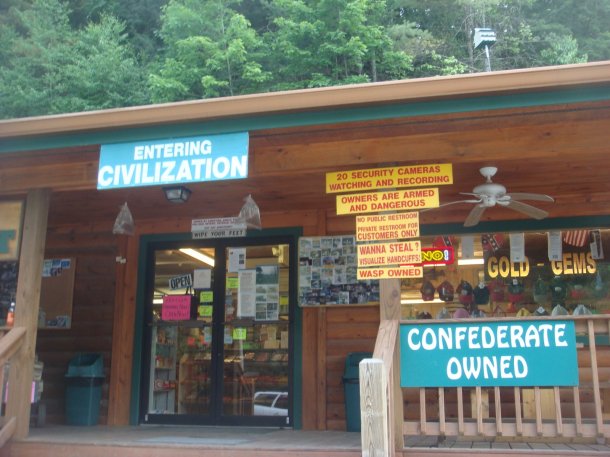 I’d be willing to bet that most readers of this site would not have guessed that such treasures could be purchased. 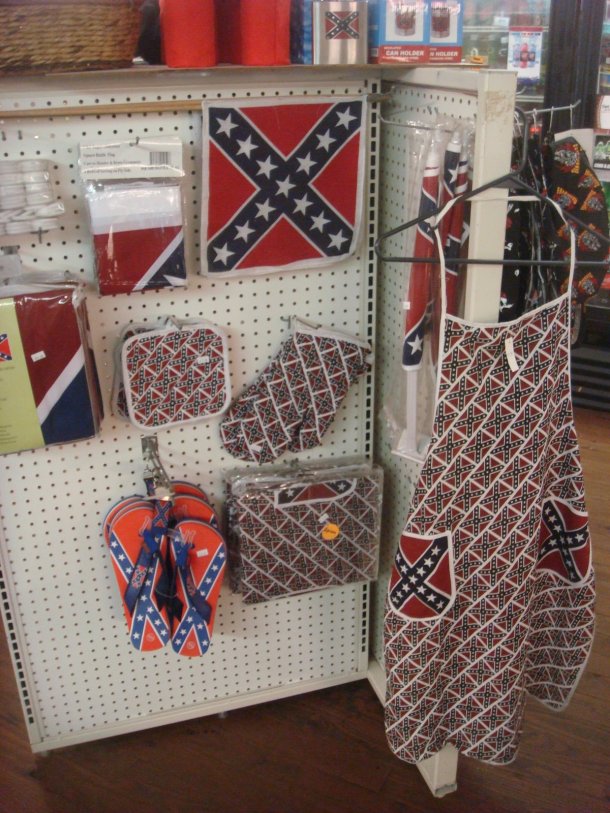 This was one of the charming customers inside. 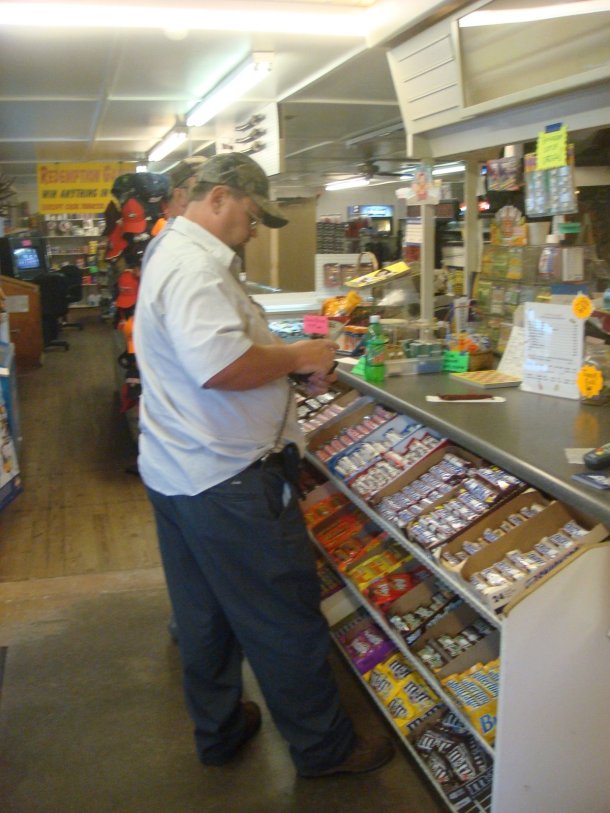 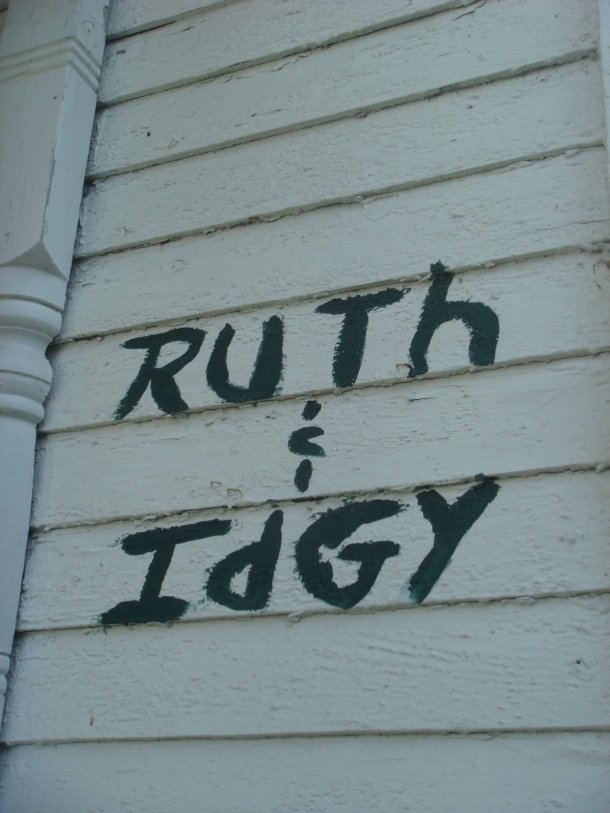 Religion is everywhere. We found churches down old dirt logging roads miles from anywhere, in trailer parks and even one in the middle of a wildlife refuge.

Here we have granny mowing the dirt in a typical trailer park. I strongly encourage you to click on the pictures to bring them to full size, so you can really appreciate the expressions on the faces of the individuals pictured below. And don’t miss the writing on the trailer granny is mowing in front of either. 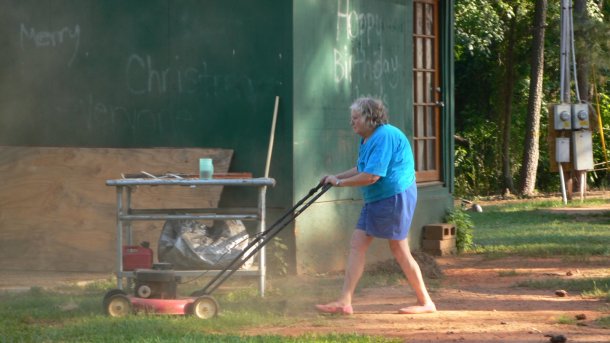 This pig-faced child was dumbfounded by our arrival in his small trailer park. Leaving the county is a big deal for these people and so our arrival in a vehicle with Florida license plates and dressed as obvious outsiders must have been akin to what we would feel if aliens landed in our front yards.

While dining in a family restaurant, we were amazed by this man’s mullet and I felt compelled to document it. It wasn’t until reviewing the pictures later that I noticed the gun on the table in front of him – a not uncommon occurrence in such parts. 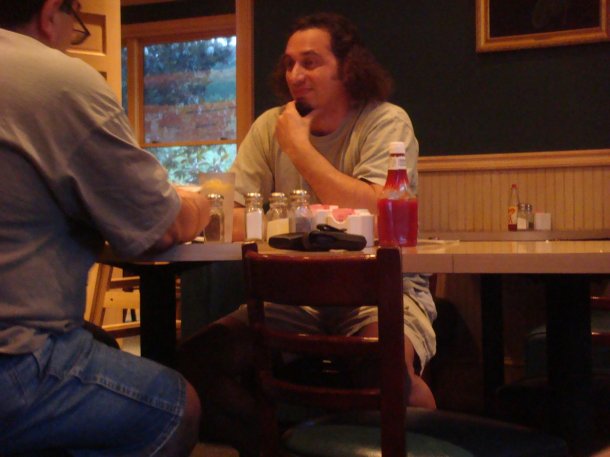 On this day, we fortunately stumbled across Harold Grant Black with his goats just as we were about to be overwhelmed. 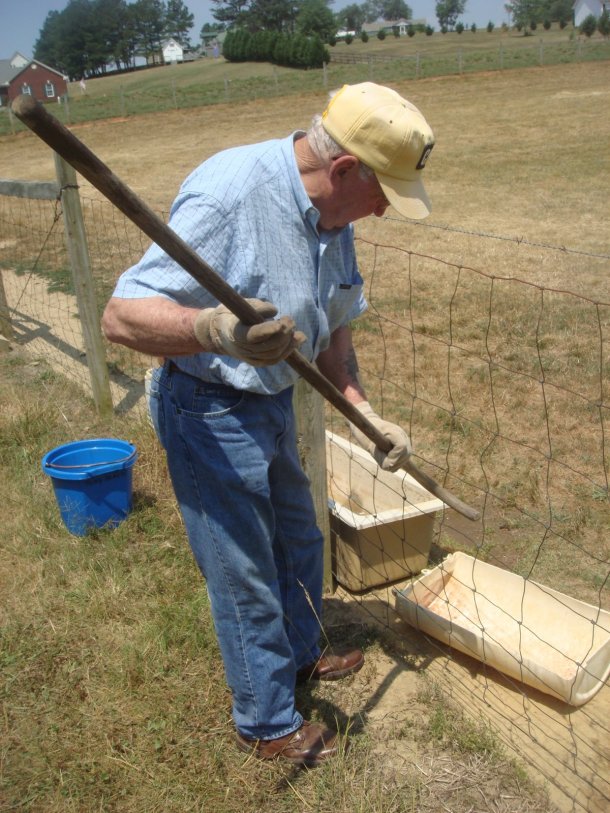 The South is more than decay and crumbling infrastructure though…

And more than trailer parks…

This natural beauty is something I will expand on in future “Southern Exposure” posts along with, of course, more pictures of depravity and stories to shock and titillate you, my dear readers.