Kruger National Park was a component of this trip I was eagerly anticipating and I was not disappointed.

Well, except in myself… We were in Kruger National Park for 2.5 days. However, after two weeks of a steadily worsening illness, I bitched out on an afternoon safari trek the last day and opted to go to the park doctor instead. In my defense, I was starting to lose weight quickly and was becoming increasingly weak. Still though, I backed out of an adventure which just killed me. I couldn’t even look anyone in the eyes when I explained that my body had stabbed me in the back and that I would be going to the doctor instead of on the afternoon trek. I was told later that the afternoon trek had been a bust and that they hadn’t seen anything of note, but this retreat in the face of an adventure remains the second most humiliating/demoralizing/embarrassing thing to ever happen to me (I suppose I should tell the story of the number 1 thing sometime, huh?).

OK, enough of that theme…

Before I get started on my pics – if you haven’t seen the “Battle at Kruger” video, you need to see it:

The pictures below are presented in the order in which they were taken.

The famous “Big 5″ are: elephant, buffalo, leopard, white rhino and lion. We saw them all many times.

You cross a river to go through the main entrance of the park and watching these crocs work on the carcass of some unfortunate animal serves as a great reminder that you’re not visiting a zoo, but the real deal. 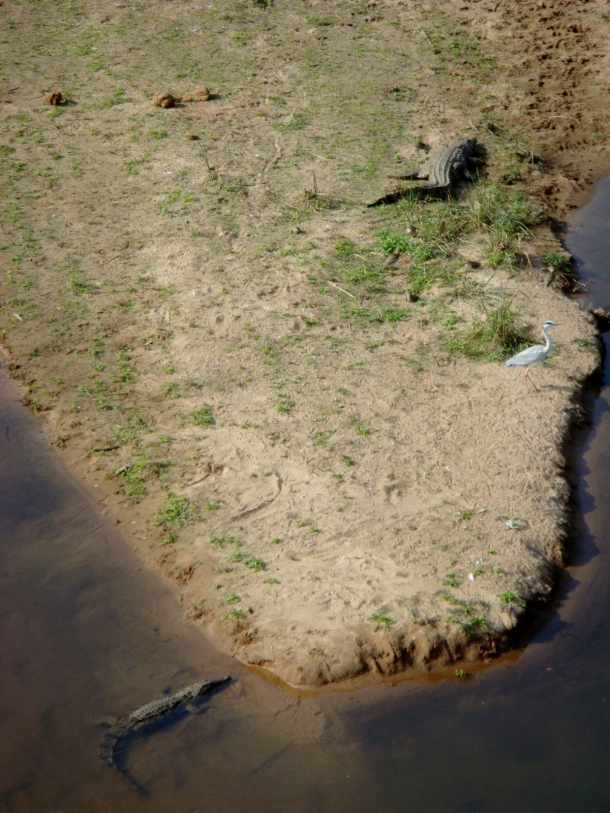 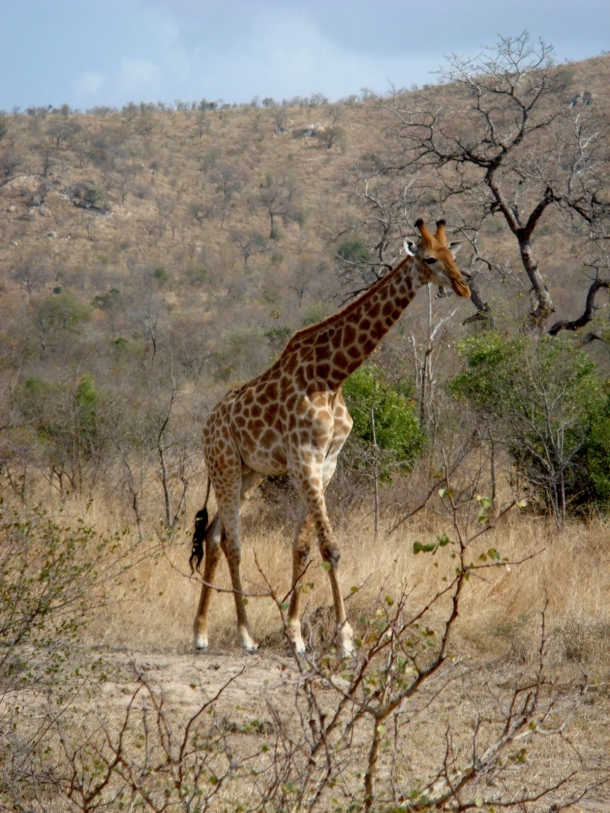 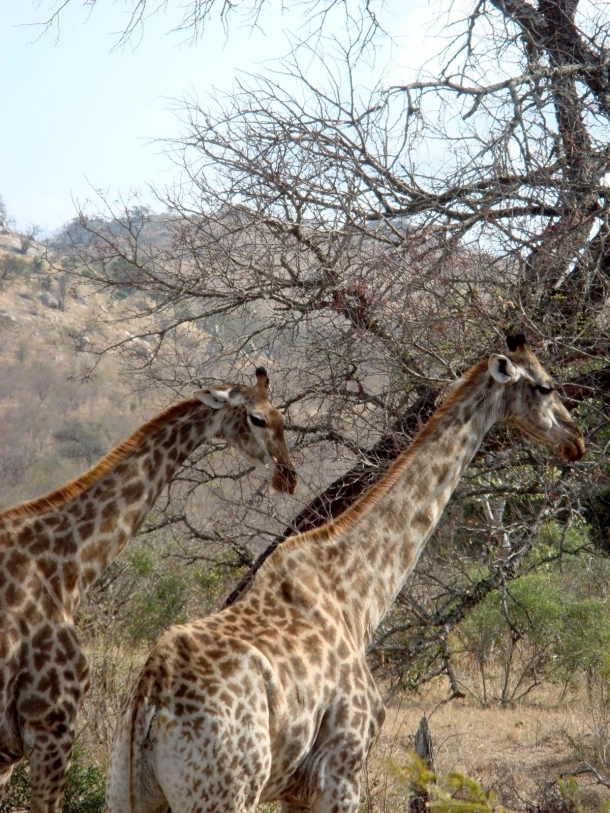 These lions had killed a large springbok the night before right next to a popular watering hole. Herds of thirsty impala were milling around, desperate to get a drink, but the lions were nonchalantly relaxing at the exact positions that prevented any creature from safely approaching the water. I have no doubt that this was done intentionally by the lions just to fuck with the other animals (as the lions obviously didn’t need a meal). 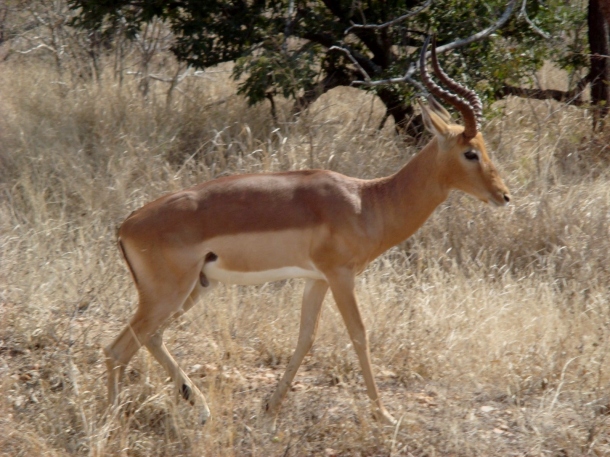 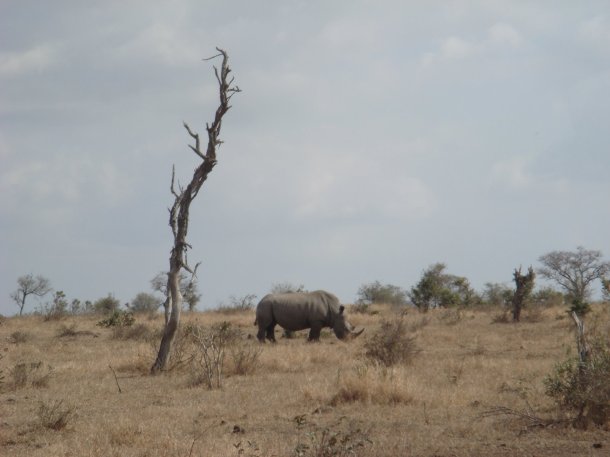 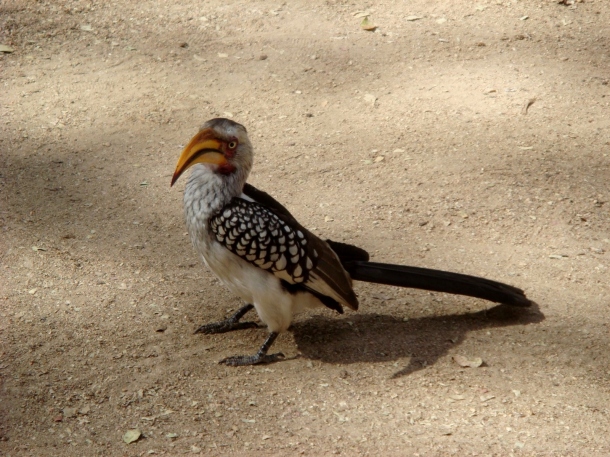 Believe it or not, there is a leopard in that tree with a dead impala. 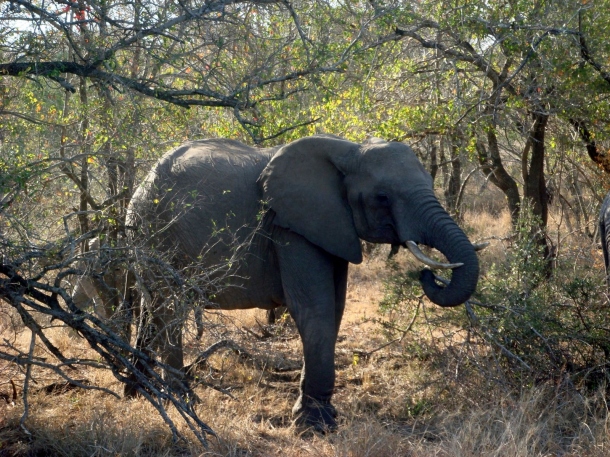 White rhino mother with her baby

These vultures need to warm their bodies up in the morning sunshine before they are able to fly. That’s why they are doing that odd lifting motion with their wings. 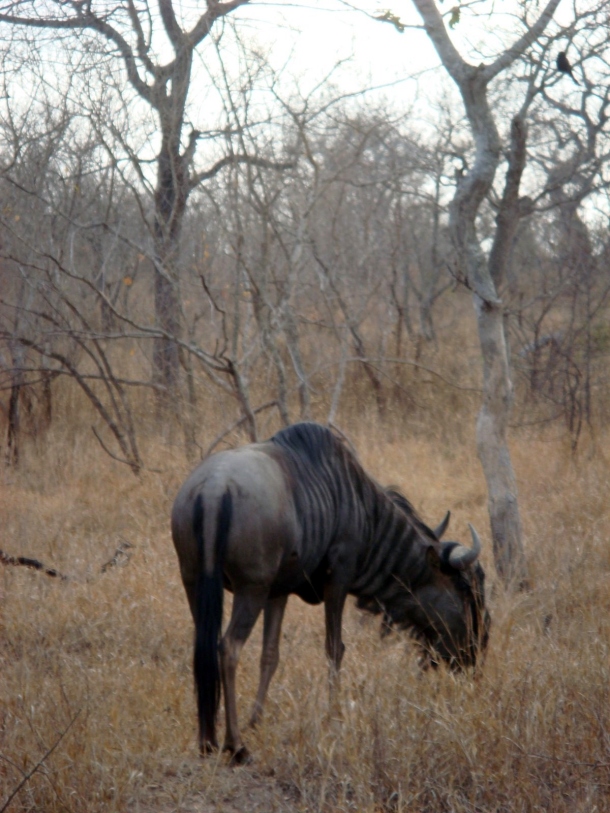 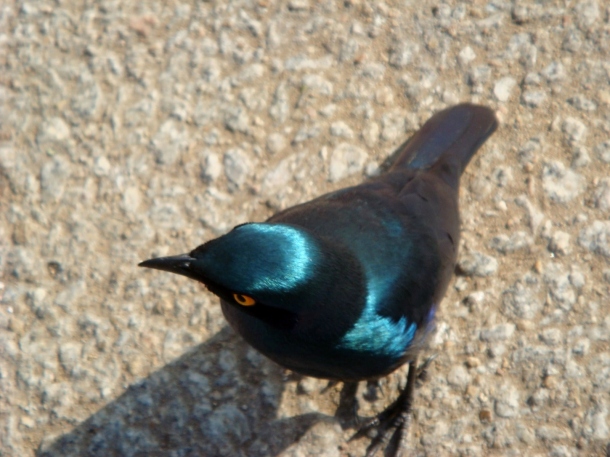 Believe it or not, there’s a leopard in this tree as well. If you look closely you can see two of the leopard’s legs and its tail as well as part of an impala it recently killed.

And in case you haven’t picked up on this yet, there are impala everywhere 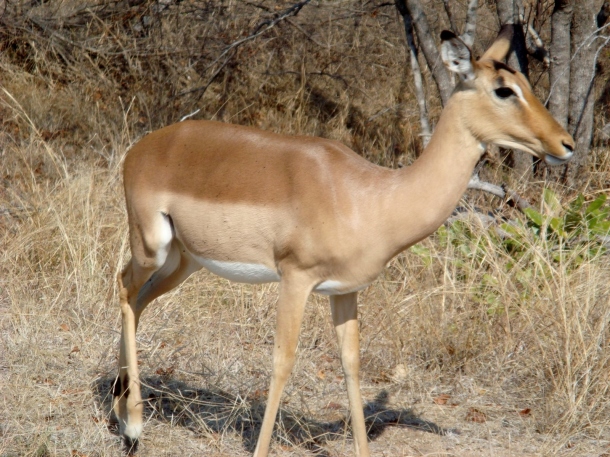 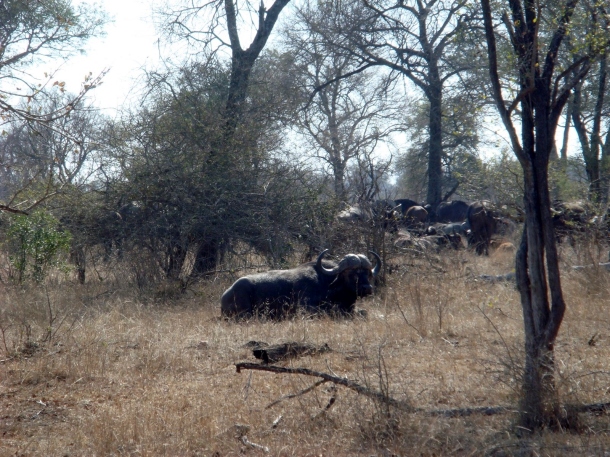 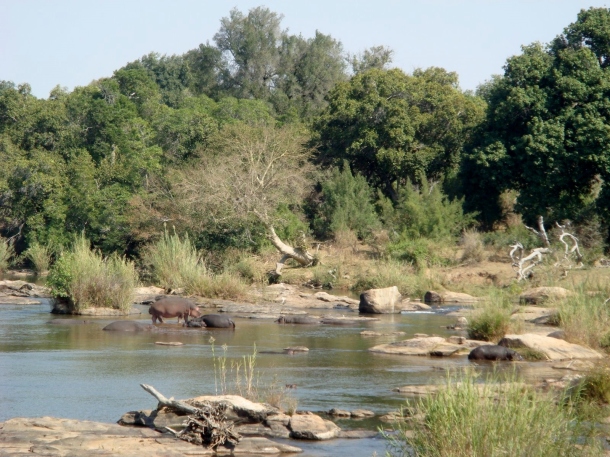 Yep, those are warthogs 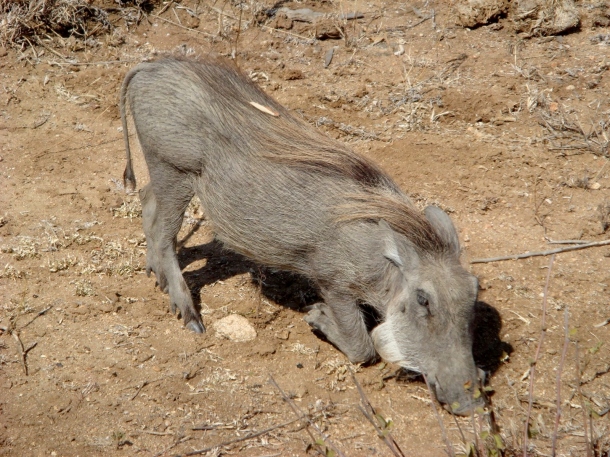 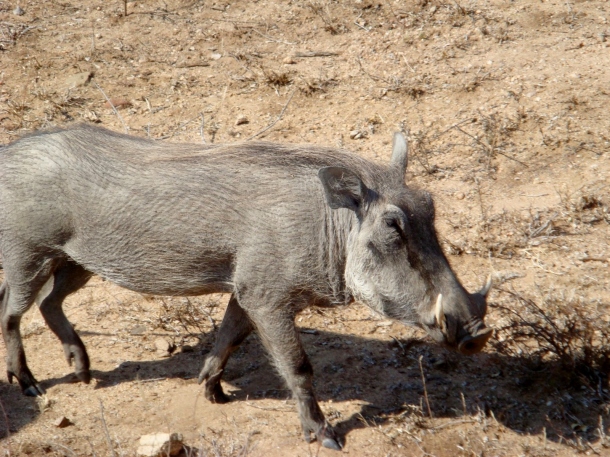 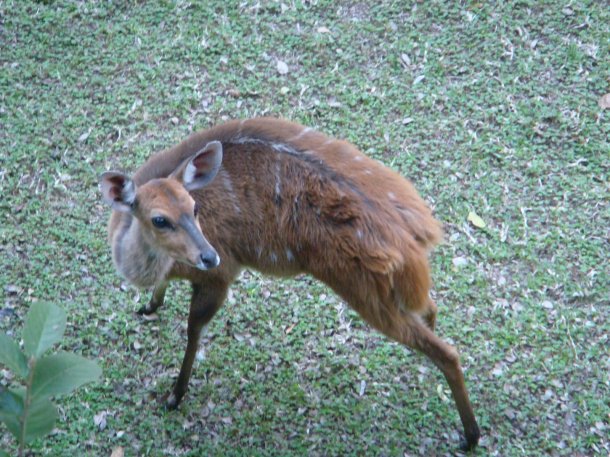 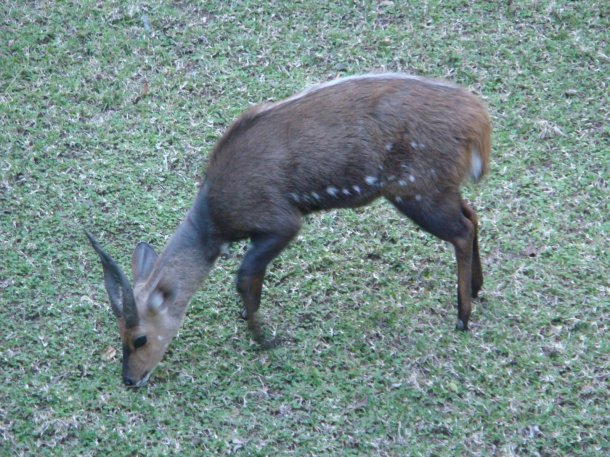 This monkey was incredibly expressive – and crafty. 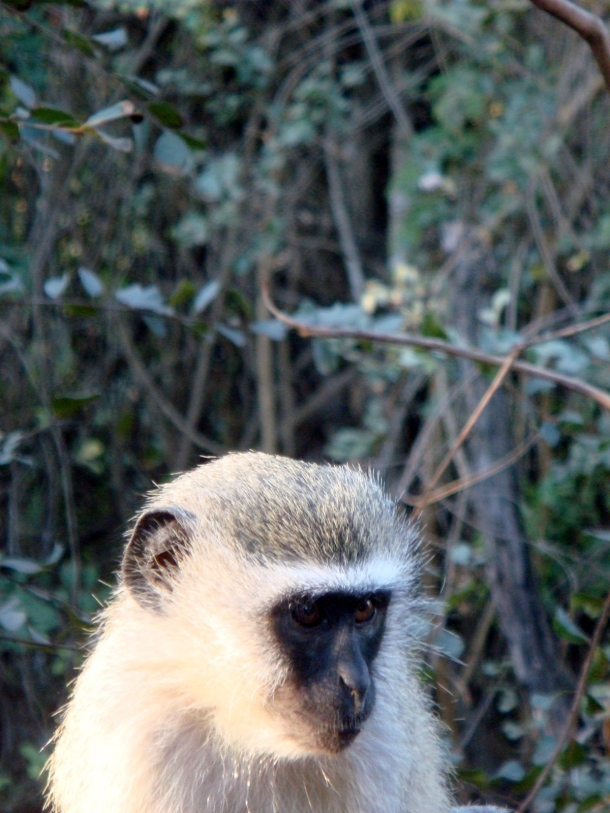 Unfortunately, Kruger National Park is not free of poachers. Snares are the most popular method of capturing animals. The snares are indiscriminate in what they catch and the resulting death is a particularly slow and cruel one.

Below you can see a group of poachers finishing up their rounds to collect all of the animals they have ensnared.

A white rhino killed by a barbed wire snare. Note the small amount of meat taken. This animal was killed for profit and not to feed someone’s starving family.

A lioness killed by a snare 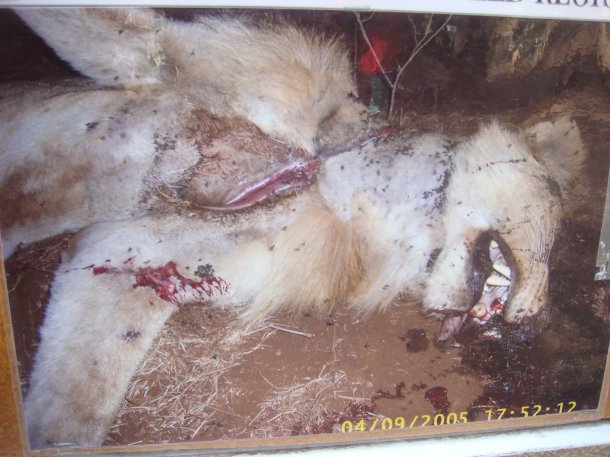 You can still see the snare around this zebra’s neck 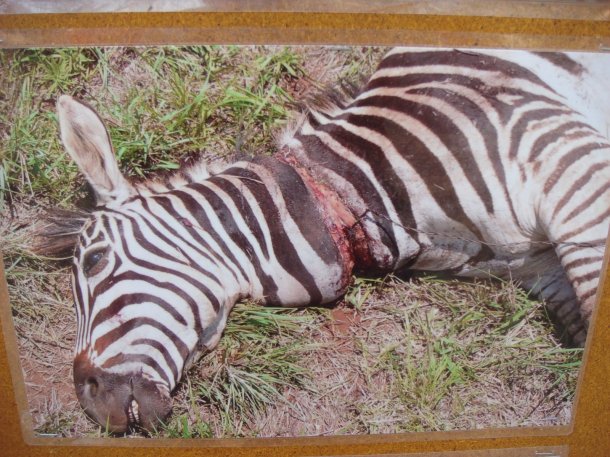 A rare leopard killed in the same fashion

A single night’s haul for just one individual. 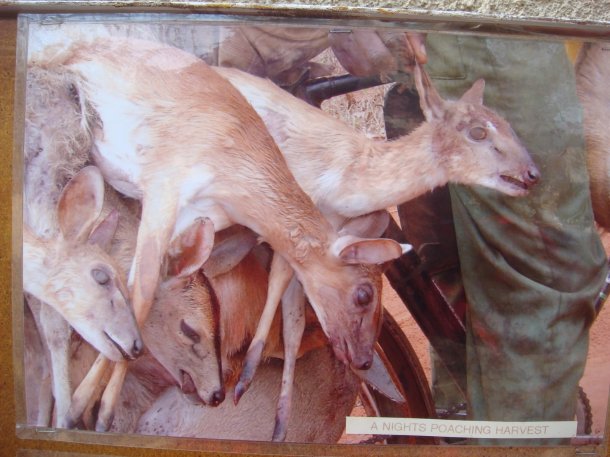