One issue I think being significantly under-reported and under-appreciated in the West are the stunning gains China is making in its space program.

Now, many question the motives of the Chinese and their space ambitions by stating that they are a cover for military research. So what? At least someone is taking action and pursuing our destiny in this most noble of final frontiers. Every time a scientist, philosopher, artist or athlete pushes our thresholds to new ground, the entire human race advances.

And I’m afraid Western civilization in general, and the U.S. in particular, has betrayed the Enlightenment and is retreating to another Dark Age, where gullibility, superstition and hysteria are replacing reason and fact. We no longer think great thoughts. We no longer seek to attain a certain nobility. We lead indolent lives.

Is this a gloomy outlook? Not at all; it’s just the way things work…

Click here for a good overview of the Chinese space program

The latest (public) advances in China’s space ambitions took place on Saturday, September 27, 2008 when taikonaut, Zhai Zhigang, stepped into space, boosting China’s ambitious space program to a level only the U.S. and Russia have achieved to date. The spacewalk paves the way for assembling a space station from two Shenzhou orbital modules, the next major goal of China’s manned spaceflight program.

China launched its first manned mission, Shenzhou 5, in 2003. That was followed by a two-man mission in 2005.

From the start, China has focused squarely on high-payoff areas where it can match or exceed the achievements of others. That garners new capabilities while maximizing the political impact (and sometimes referred to as “techno-nationalism”).

All along, China has relied heavily on homegrown technology, partly out of necessity. China has trouble obtaining such technology abroad due to U.S. and European bans and is not a participant in the International Space Station.

Despite this, China’s space programs are methodically moving forward in a very deliberate, graduated manner as they gain on the U.S. and other space powers. Future goals include an unmanned moon landing around 2012, a mission to return samples in 2015, and possibly a manned lunar mission by 2017 – three years ahead of the U.S. target date for returning to the moon.

Mission to Mars and Beyond

Sun Laiyan, administrator of the China National Space Administration, said on July 20, 2006, that China would start deep space exploration focusing on Mars over the next five years, during the 11th Five-Year (2006-2010) Program period.

The first unmanned Mars exploration program should take place between the 2014-2033 period, followed by a manned phase in 2040-2060.

Moreover, in order to make manned flight in deep space toward Mars safer, a space weather forecast system will be completed by 2012 with the Kuafu mission satellites placed at the Lagrangian Point L1.

The Chief designer of the Shenzhou spacecraft stated in 2006 in an interview that, “Carrying out space programs are not just aimed at sending human into space per se, but instead at enabling human to work in space normally, also preparing for the future manned exploration of Mars and Saturn.”

Manned exploration of Mars and Saturn? Imagine such talk at NASA, where one risks their career by even discussing such ambitious projects… Ours has become a decadent society.

If we are content to live in the past, we have no future. And today is the past.

An undated photo by China’s official Xinhua news agency shows technicians attaching the Shenzhou 7 manned spacecraft to a rocket at an assembly plant. 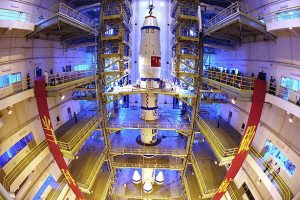 Workers surround the Shenzhou 7 spacecraft as it is connected to a rocket in advance of China’s third manned space mission. 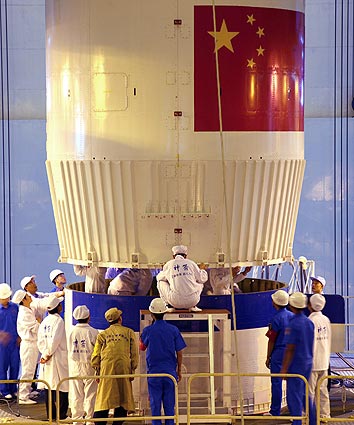 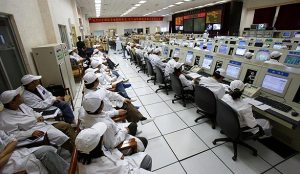 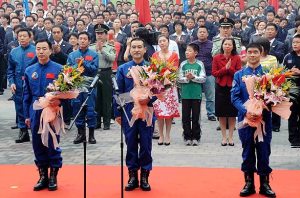 Chinese taikonauts, from left, Jing Haipeng, Zhai Zhigang and Liu Boming during a send-off ceremony before the launch. 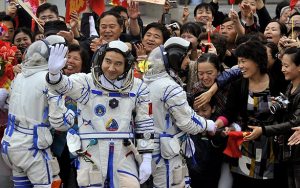 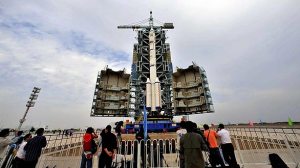 The Shenzhou 7 manned spacecraft and its rocket are transferred to the launch pad in preparation for China’s third manned space mission. 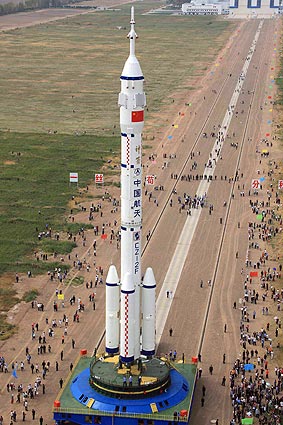 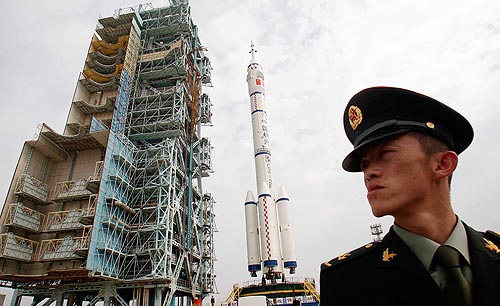 The Shenzhou 7 spacecraft launches Thursday atop a Long March 2F rocket at the Jiuquan Satellite Launch Center in northwest China’s Gansu province. The craft carried a crew of three men into space, including one who made the country’s first spacewalk. 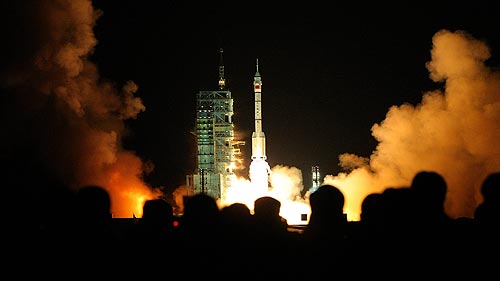 The Shenzhou 7 spacecraft blasts off into a clear night sky. 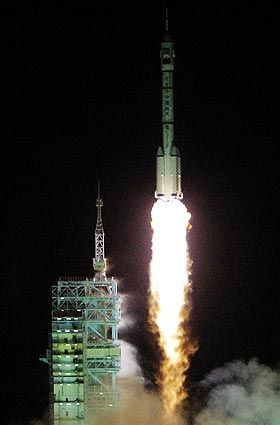 China’s three taikonauts prepare for launch inside the Shenzou 7 spacecraft, in this image from Chinese Central Television. 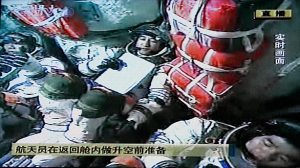 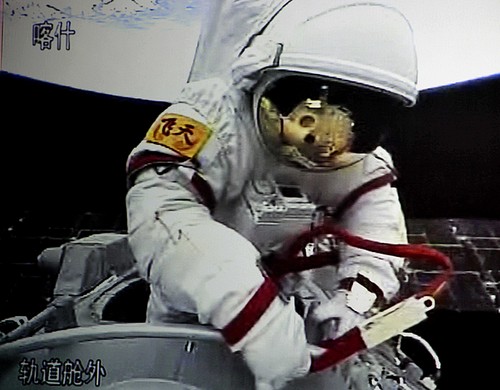 A TV grab from CCTV shows Chinese astronaut Jing Haipeng on board the Shenzhou 7 spacecraft as mission commander Zhai Zhigang performs a spacewalk 215 miles over the earth. 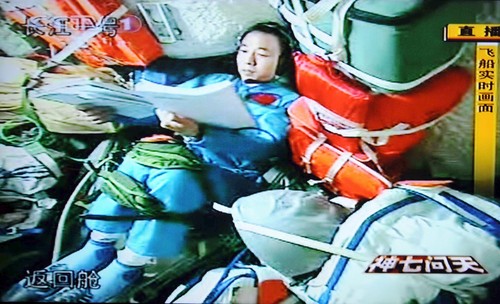 Chinese astronaut Zhai Zhigang walks outside the orbit module of the Shenzhou 7 spacecraft for a spacewalk. 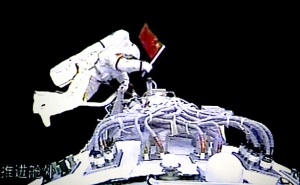 5 thoughts on “Taikonauts (China Reaches For The Stars — Again)”