I was underwhelmed by Key West, but once place I did get pumped up about was the Ernest Hemigway Home & Museum

The Hemingways (Ernest and his first wife, Pauline) heard about Key West from Ernest’s friend John Dos Passos, and the two stopped at the tiny Florida island on their way back from Paris. They soon decided that life in remote Key West was like living in a foreign country while still perched on the southernmost tip of America.

After renting an apartment and a house for a couple of years the Hemingways bought a large house at 907 Whitehead Street with $12,500 of help from Pauline’s wealthy Uncle Gus.

This is the wall surrounding the home:

The swimming pool on the grounds of the Hemingway home:

One of the many cats on the property sleeping by the pool:

Hemingway ended up bringing this urinal home (ripped from a wall) after a drunken night out. It was turned into a water fountain:

A view of the house taken from the garden: 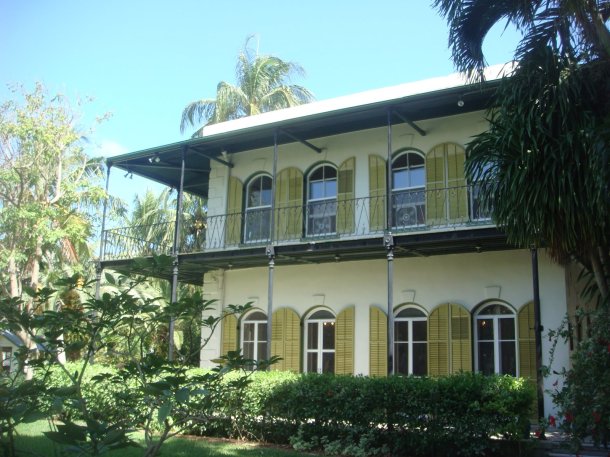 Some of the artwork inside the house: 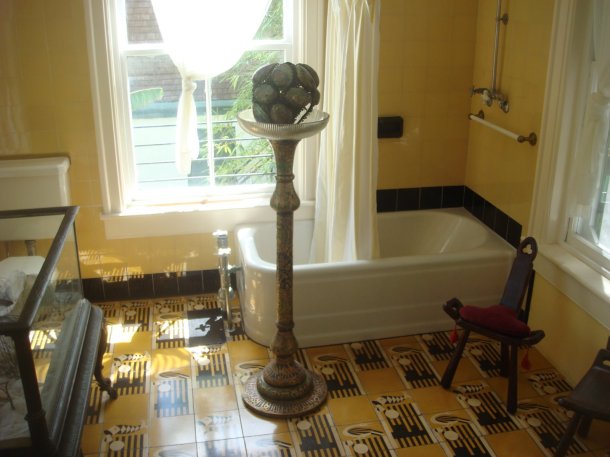 The master bedroom where Hemingway slept:

A cat in the master bathroom:

The master bathroom itself:

A view of the upper balcony that wrapped all of the way around the house: 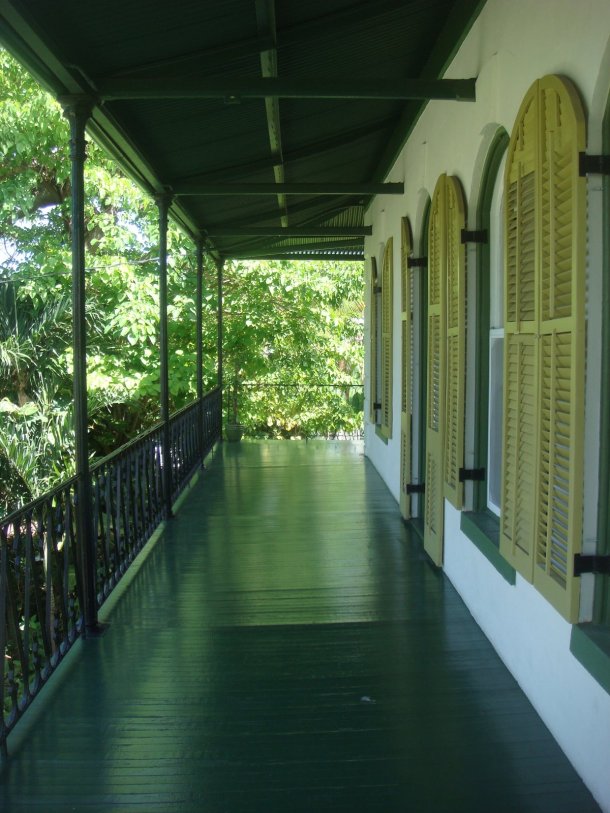 The stairway to the second floor:

Hemingway art on the wall: 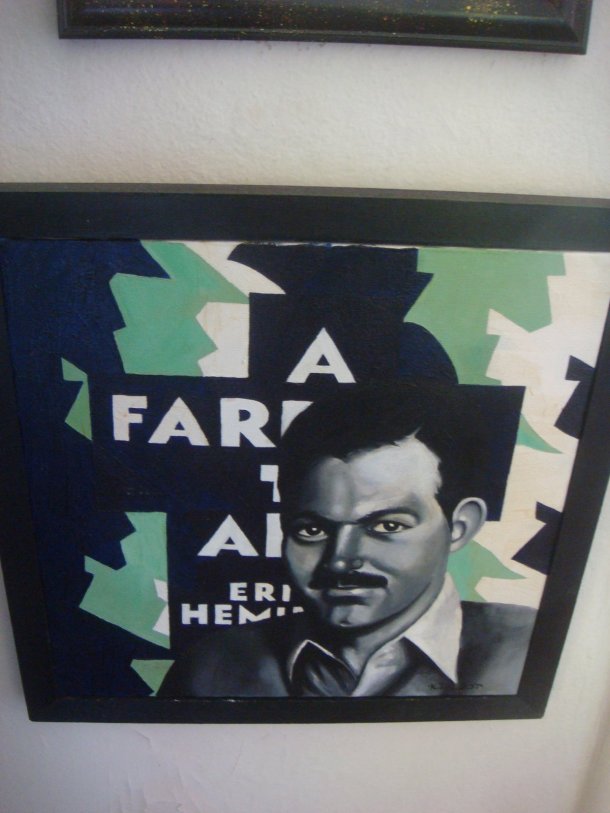 A Picasso cat given to Hemingway by the man himself:

This is the cupboard in the bedroom the Picasso cat used to rest on:

Hemingway used this lighthouse (easily seen from the home) as a guide to get home when he was drunk:

All of the cats on the property descend from an original cat Hemingway owned that had six toes. As a consequence, many of the cats today have six toes as well: 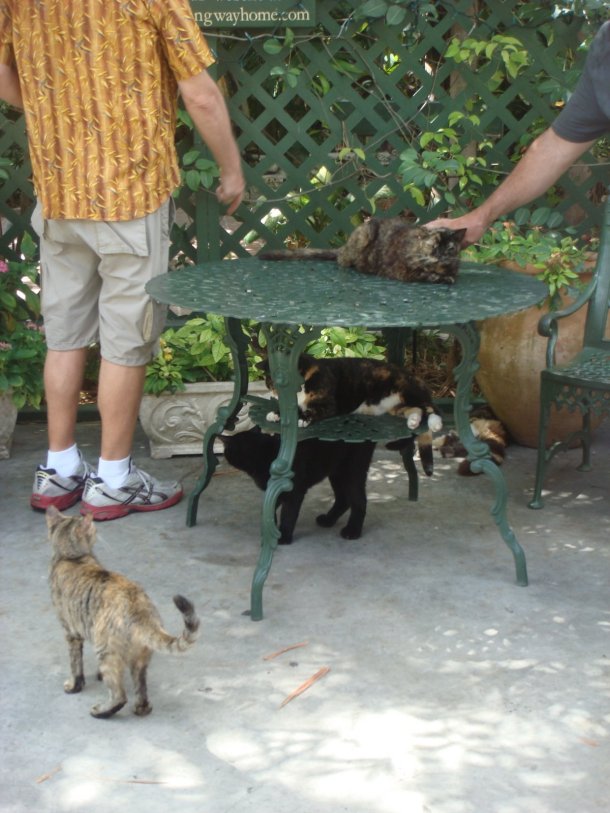 On the morning of July 2, 1961 Hemingway rose early in his Idaho home, as he had his entire adult life, selected a shotgun from a closet in the basement, went upstairs to a spot near the entrance-way of the house and shot himself in the head.

One thought on “The Hemingway Home & Museum”