I’ve updated this post by adding a recent profile from Forbes Magazine to the “comments” section…  The original post follows below:

I’ve been surprised by how many emails I have received from people wanting to know more about Peter Thiel simply because I list him as someone I’d like to meet. So, I thought I’d throw this contingent a crumb by posting this Bloomberg article on Peter Thiel that I have.

The two questions I receive the most:

I have no idea and I don’t know why I get this question so often. Who cares?

2) Do I know Peter Thiel’s address?

Yes, I know his address because I have been invited to a couple of cocktail parties at his home in association with his hedge fund (Clarium Capital), but I’m not going to hand out his address without his permission because that would be a little fucked up.

The January 2007 article in Bloomberg Markets 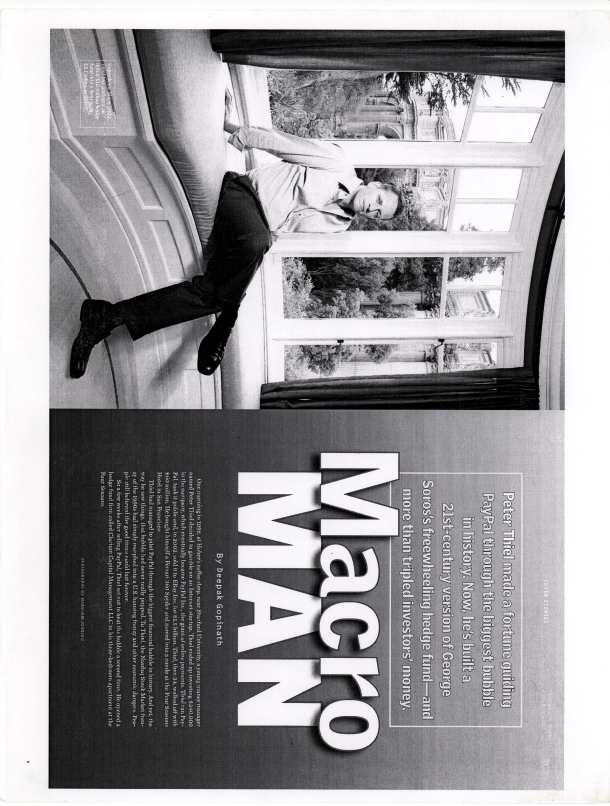 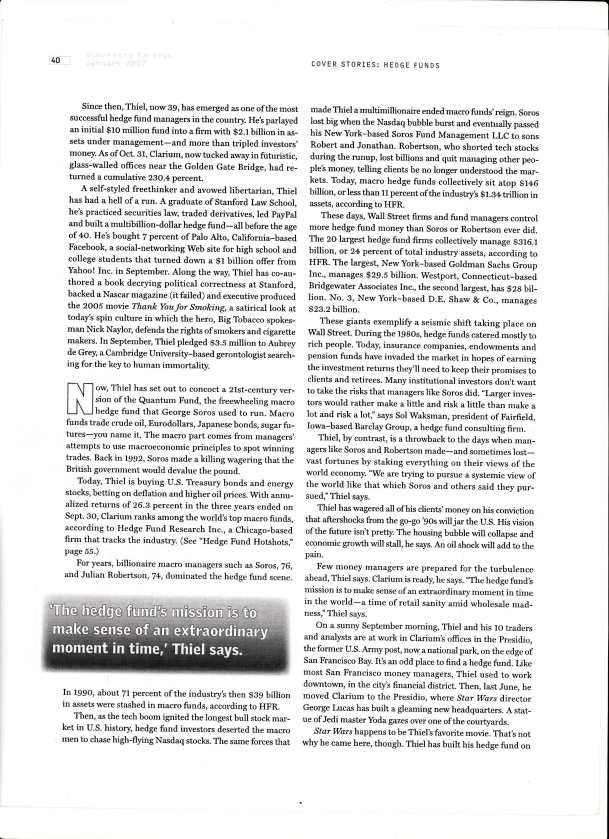 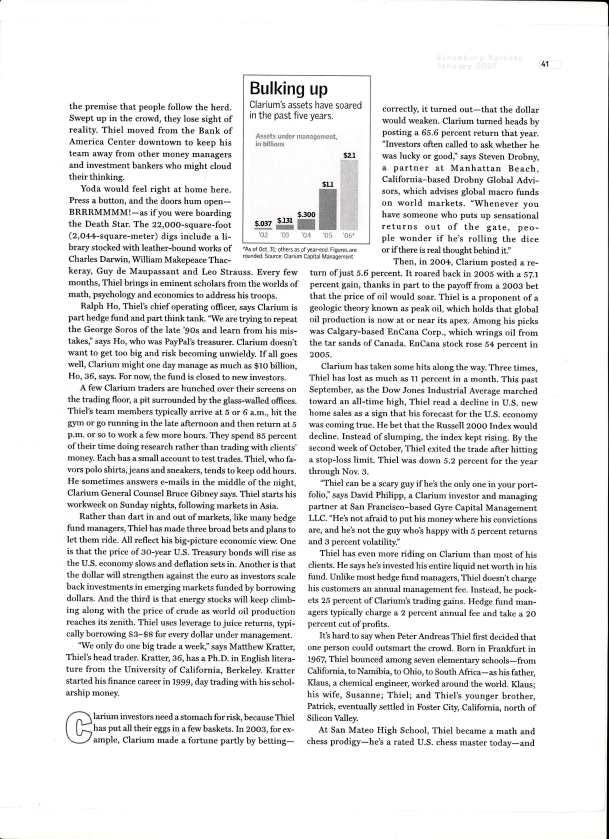 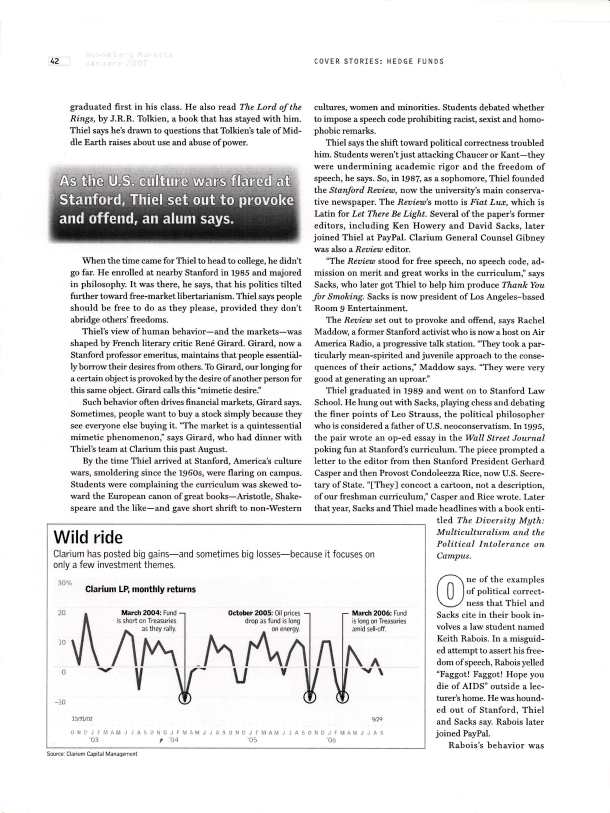 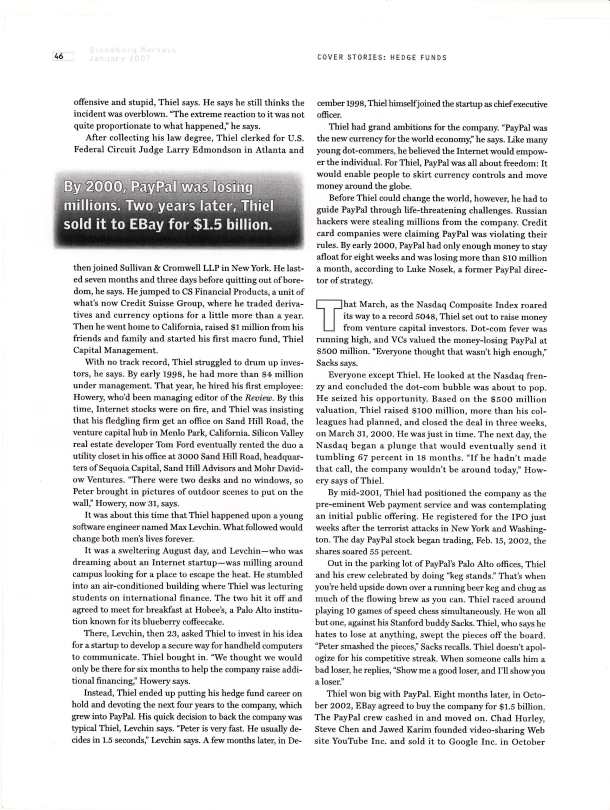 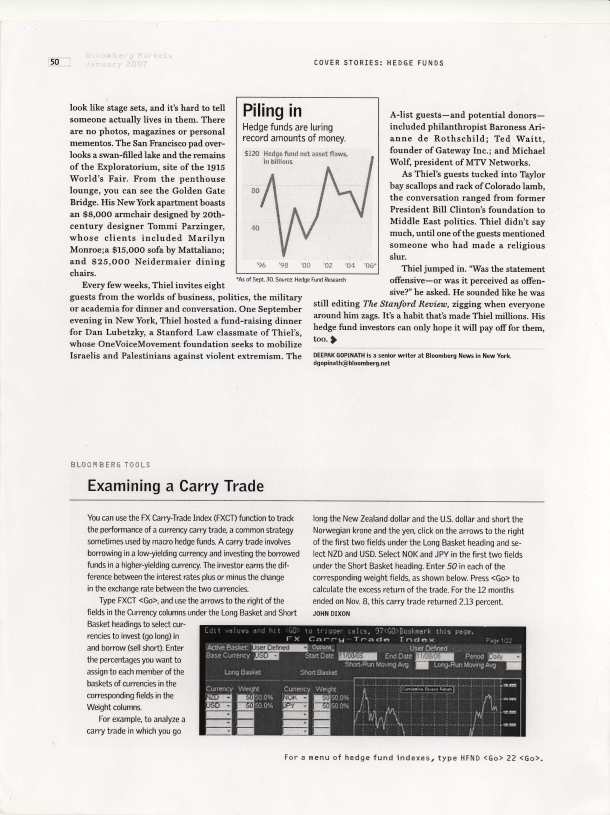