Hamid Karzai and Ahmad Shah Massoud. The “official” national heroes of Afghanistan and evidence of the fact that our hotel in Mazar-i-Sharif (where this picture was taken) was owned and controlled by the government:

A view from the hotel grounds:

However, I’m not the type to just be content staying in a hotel. So, I soon set out on my own to explore the city: 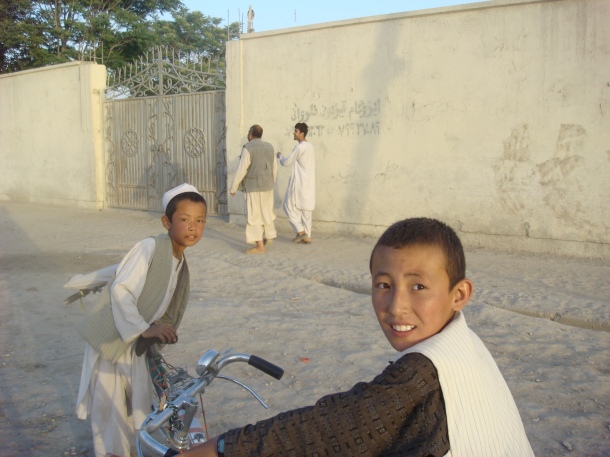 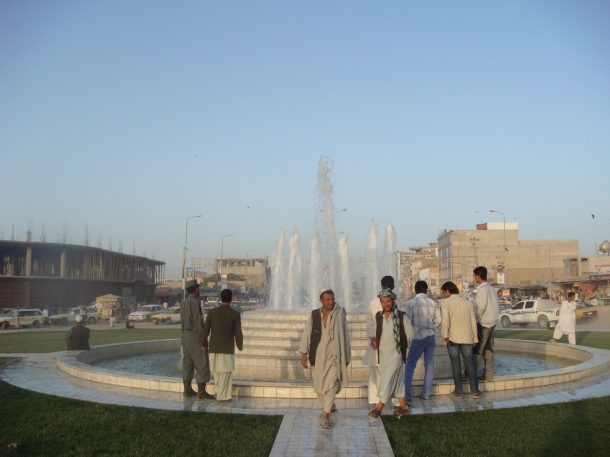 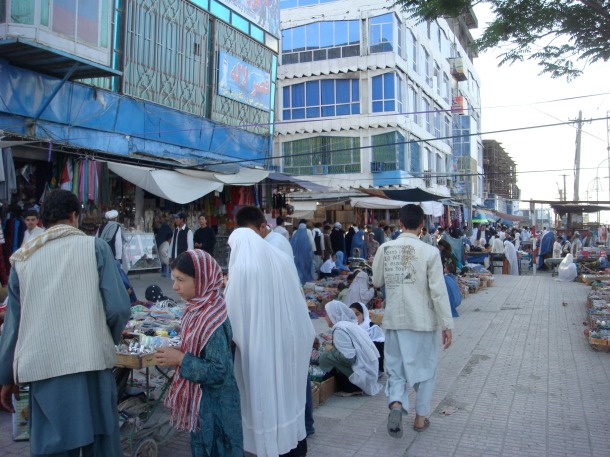 If it were not in Afghanistan, I believe the mosque in Mazar-i-Sharif would be one of the great tourists attractions of the world.  It is an incredible place:

10 in the morning or 10 at night and you will always see people teeming around the mosque.  It is the cultural heart of the city and many come here simply to hang out and to see and be seen: 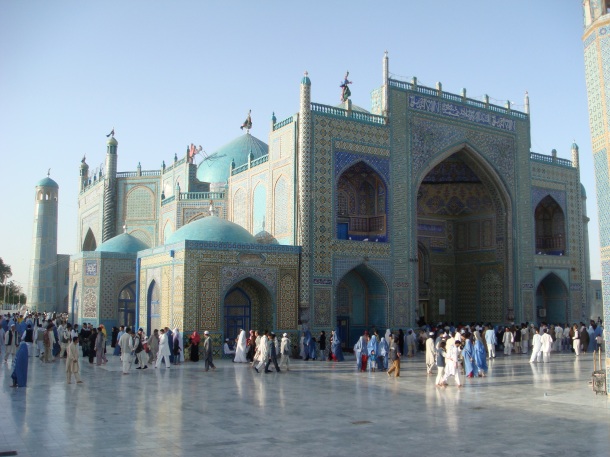 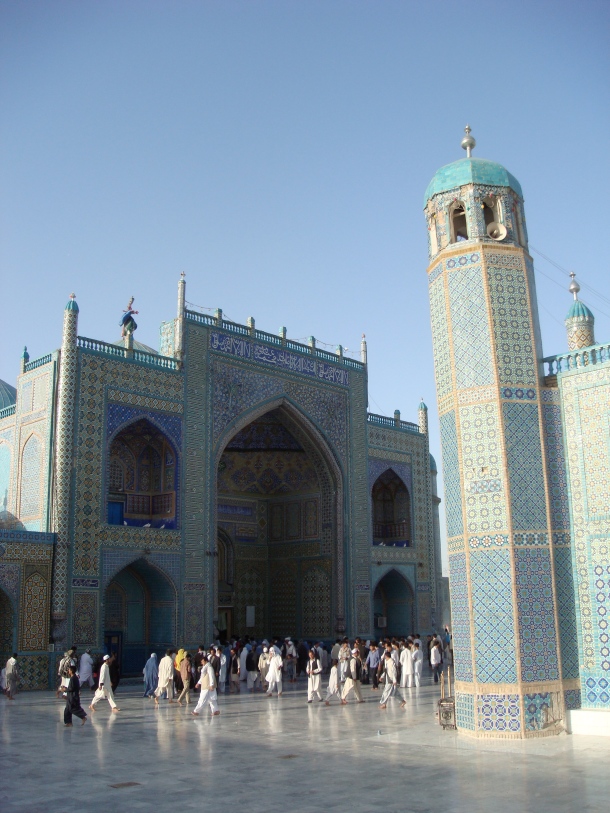 These men have been crippled by land mines and are reduced to begging at the mosque in order to survive.  Yes, I gave them some money: 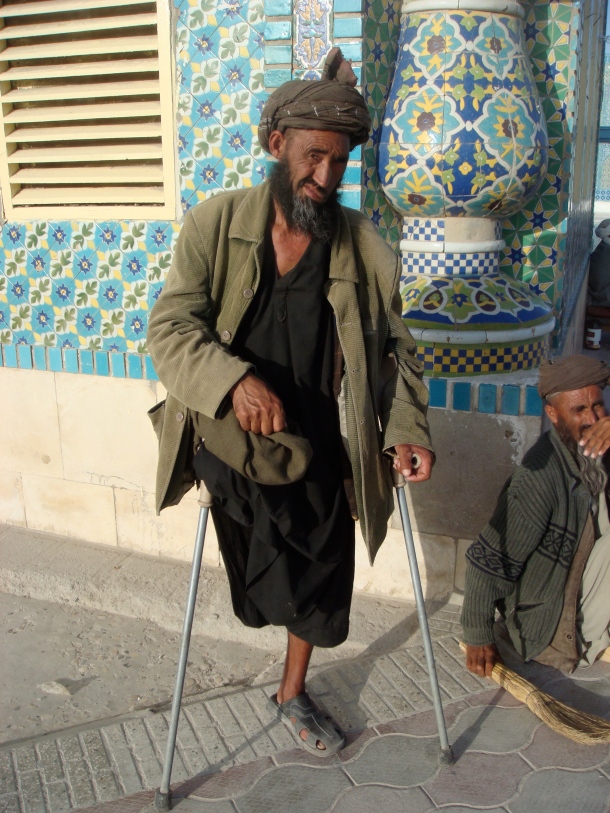 With its seemingly relaxed nature, Mazar-i-Sharif struck me as being more like a normal city rather than a city in the midst of a country being torn apart by war.  Many people were eager to talk to me (or try to talk to me) and were excited about having their pictures taken: 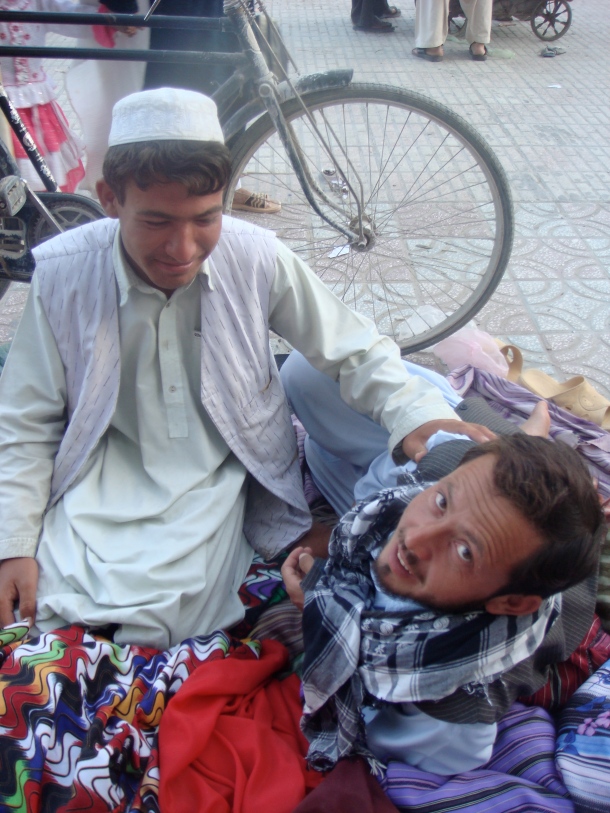 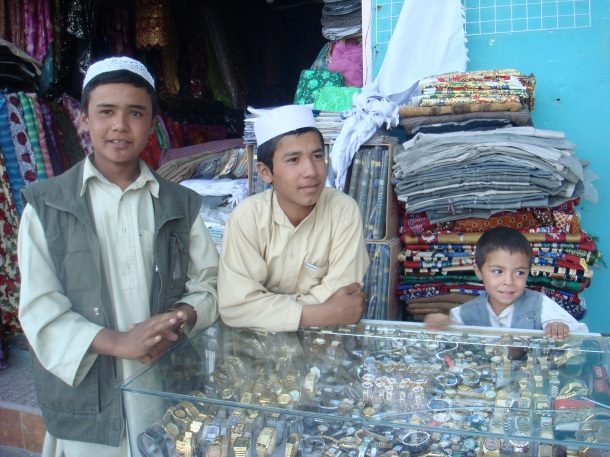 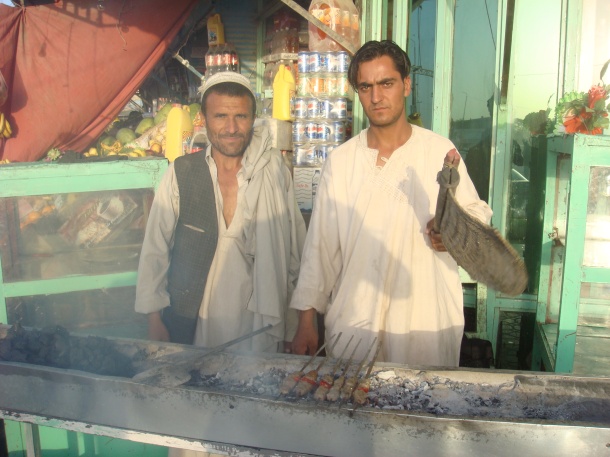 The boy on the right (below) spoke English and told me an interesting story. He said he lived next door to what was formerly a brothel on the outskirts of town and had been acquainted with the man who ran the establishment.  When gearing up for the expected American attack in 2001 (in response to the 9/11 incident), a large group of al Qaeda fighters were sent up from the south to fortify the Taliban forces in the area (forces that have never been very popular in this region).  The brothel was apparently quite popular with al Qaeda and the al Qaeda fighters certainly didn’t save themselves for the seventy-two virgins promised to them. “They love drugs, prostitutes, and the power of the gun,” he said.

One prostitute in particular, whenever her al Qaeda lovers abused her, supplied American and Northern Alliance forces with information to kill them.  It would be interesting to see the faces of al Qaeda financiers in places like Saudi Arabia if they saw how their money was being spent: 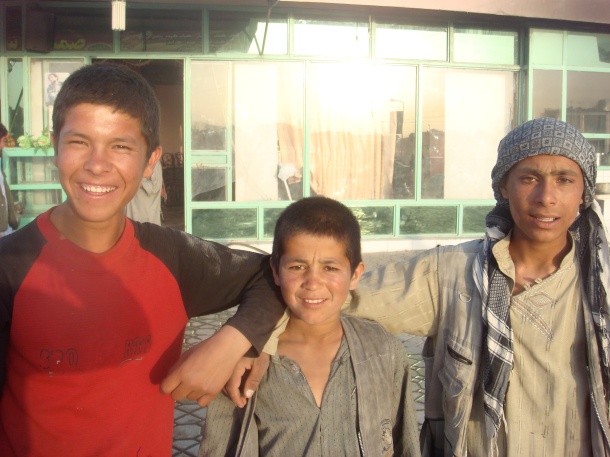 For a look at the surrounding areas of Mazar-i-Sharif click here.

6 thoughts on “Scenes And Pictures Of Mazar-i-Sharif”