Bricks-and-mortar real estate definitely isn’t my game. But I was shocked by a statistic published in last weekend’s Wall Street Journal. According to real-estate research firm First American CoreLogic, the median selling price for a home in Detroit is now a stageringly meager $7,100, down from $73,000 in 2006. This is a loss of 90% in three years – dotcom crash-style markdowns.

It’s not hard to understand why: Detroit, at the center of the auto implosion and Midwest manufacturing recession, has been badly hurt. And just because prices have imploded doesn’t necessarily mean they’ll rebound anytime soon. One can’t help but think of former mining communities on the American plains which, even 100 years after their heyday, are still nothing more than ghost towns.

Still, one can’t help but imagine there might be a value opportunity for intrepid investors willing to take the risk. Unfortunately, CME Group (CME), the parent of the Chicago Mercantile Exchange, doesn’t offer a pure-play contract on Detroit real estate, as they do for 10 other American cities, nor do the MacroShares ETFs. So to get Detroit real-estate exposure you’ll likely have to start driving through neighborhoods or, at the very least, paging through the listings on Zillow.com.

I’m a passionate indexer, but considering you can buy roughly 33 homes in Detroit for the cost of the average residence nationwide, the Motor City might be the ultimate contrarian play. 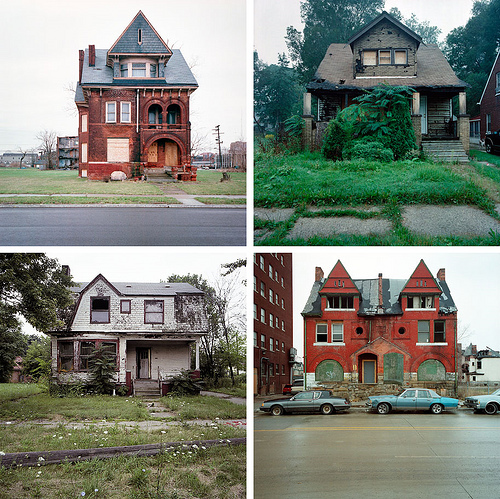