Beautiful beaches, the land of silky football and home to the World Cup in 2014; it sounds like a perfect place to visit. According to Government travel advice, ‘Levels of violence and crime are high. Outbreaks of violence, particularly aimed at police and officials can be widespread and unpredictable. There have been instances where gangs have set buses alight leaving passengers inside after robbing them.’ Yikes, we’ll be off to Devon then.

Desperate to avoid this danger, Brandon, Amanda, Eleonora and I headed inland with our supercharged Italian racing automobile – certainly better suited for a race track than rural Brazil and definitely not the best choice for maintaining a low profile, but like Donny Rumsfeld declared, “You go to war with the army you have, not the army you might want or wish to have at a later time.”

In that spirit, we set off:

Our first view of Lake Jequiá: 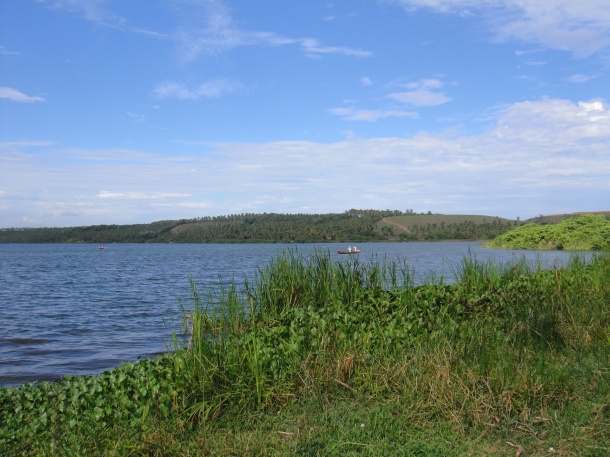 And some of the surrounding residents:

People here primarily lead a subsistence lifestyle – fishing, raising a few farm animals and putting some brutal time in cutting sugar cane in the fields situated in the surrounding hills.

Below is a fisherman’s hut: 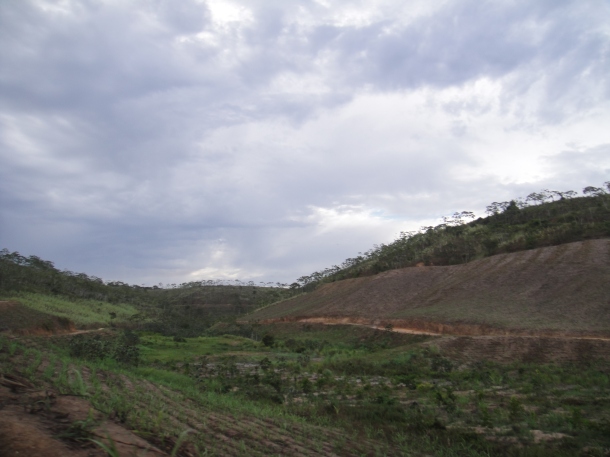 Some cattle being led home after being taken out for grazing: 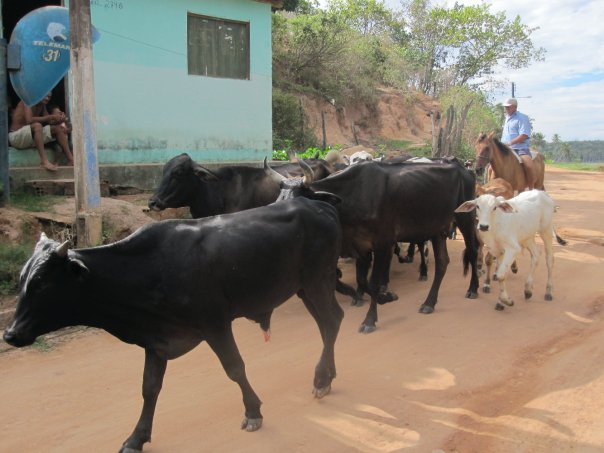 They may be poor, but this is Brazil and so you can rest assured that the community has a soccer field:

The lake is lined with these coconut-bearing palms, intended to bring in a little extra money from time to time:

Scenes along the road: 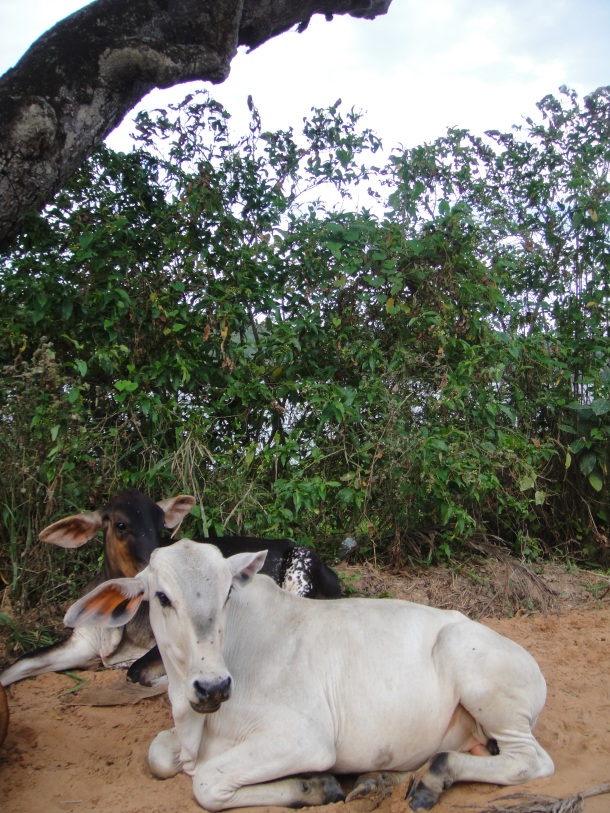 And the road itself: 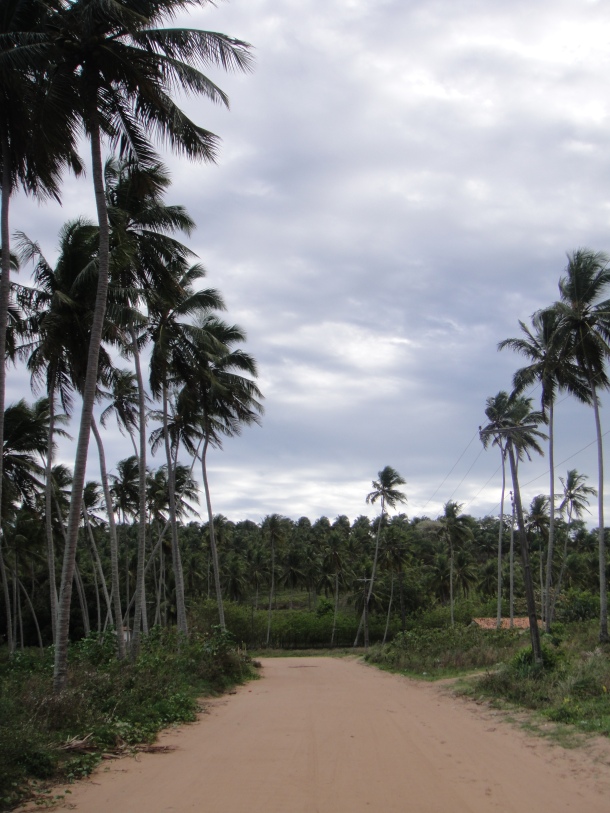 Entering one of the isolated settlements around the lake: 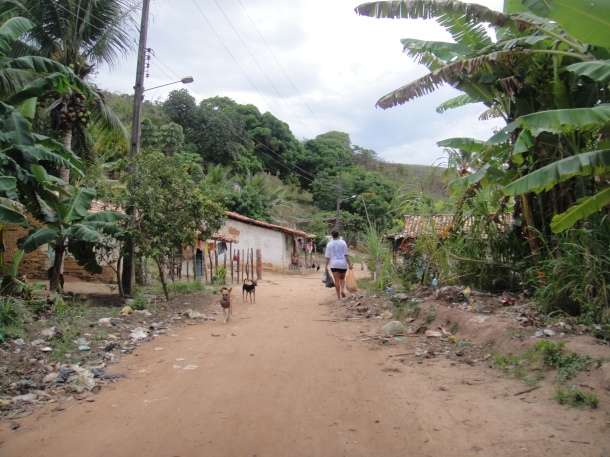 They may not have much, but they have the essentials, don’t they? I’m referring to the satellite dish: 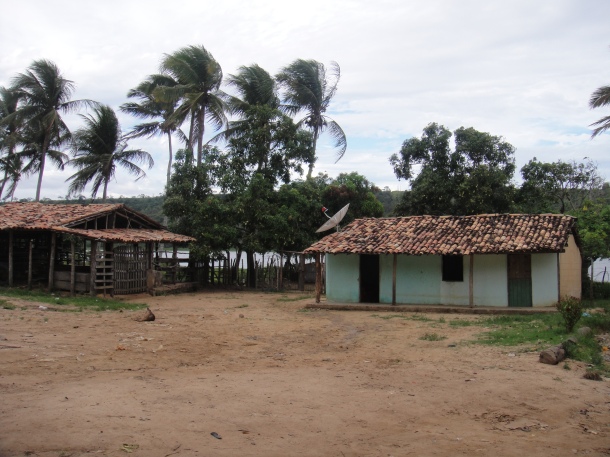 3 thoughts on “Jequiá Lake and Village in the State of Alagoas, Brazil”