Arsemia was the summer capital of the Commagene Kingdom built by King Antiochus I Theos Dikaios Epiphanes Philoromaios Philhellen of Commagene  in honor of his father King Mithridates I Callinicus.  Its mountain location soon became a military stronghold and the site of a mausoleum and religious center.

In the valley below is a tributary of the Euphrates: 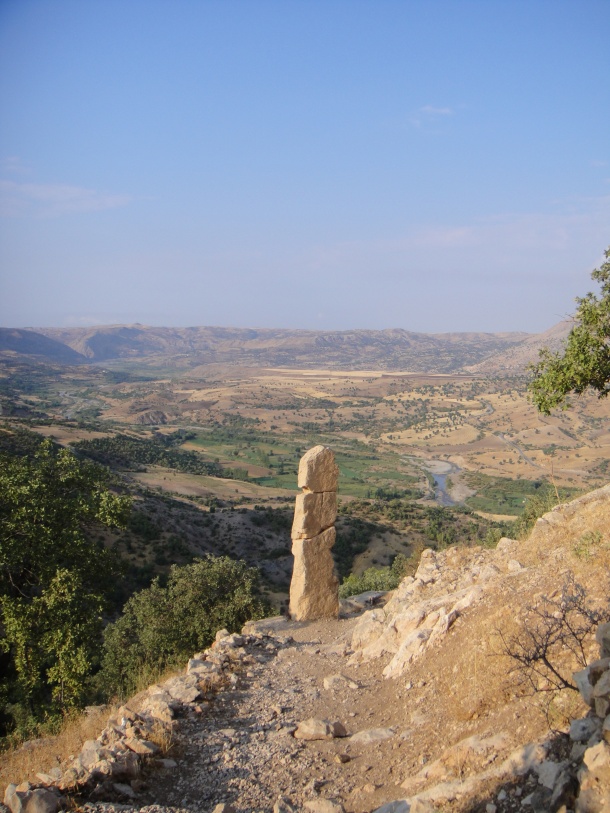 What gets the archaeologists in a lather is this section below – the first of which is a dexiosis (essentially an elaborate hand-shaking) relief depicting a meeting between King Mithradates and Hercules, carved in about 50 B.C.

Below this relief is the largest rock inscription in Anatolia. It tells of the political intentions and the religious beliefs of the Commagene Kingdom, that Arsemia was its capital and that Mithridates, the father of Antioches I, was buried there. 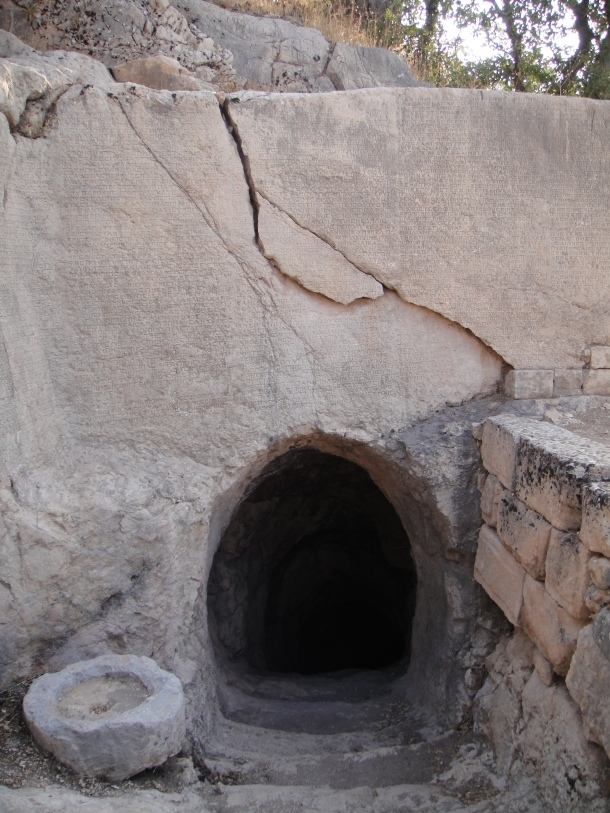 Just below this inscription is a large opening that descends by a stone stairway to a depth of 158 meters. 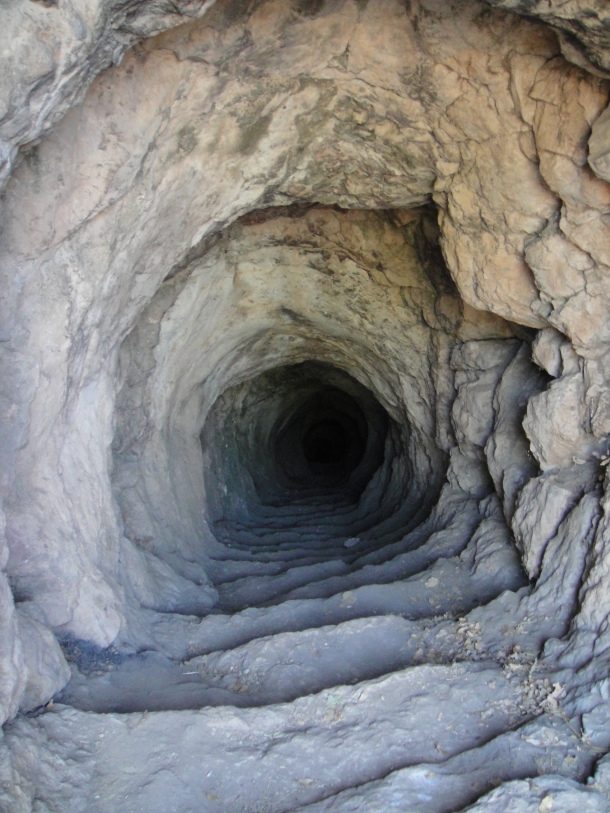 Farther up the mountain are good views…

…And ruins of the settlement scattered around – including the foundations and mosaic floors of the Arsemia Palace: 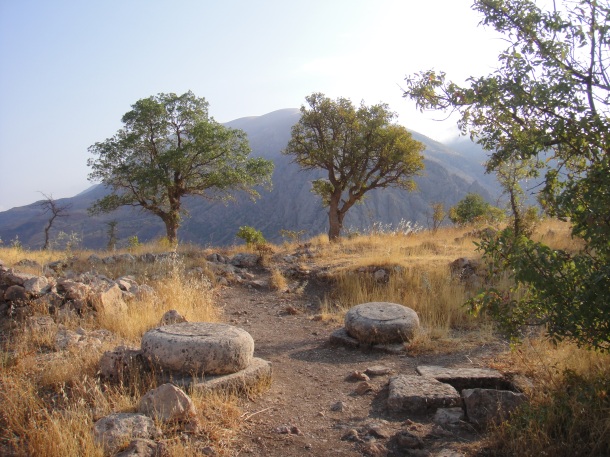 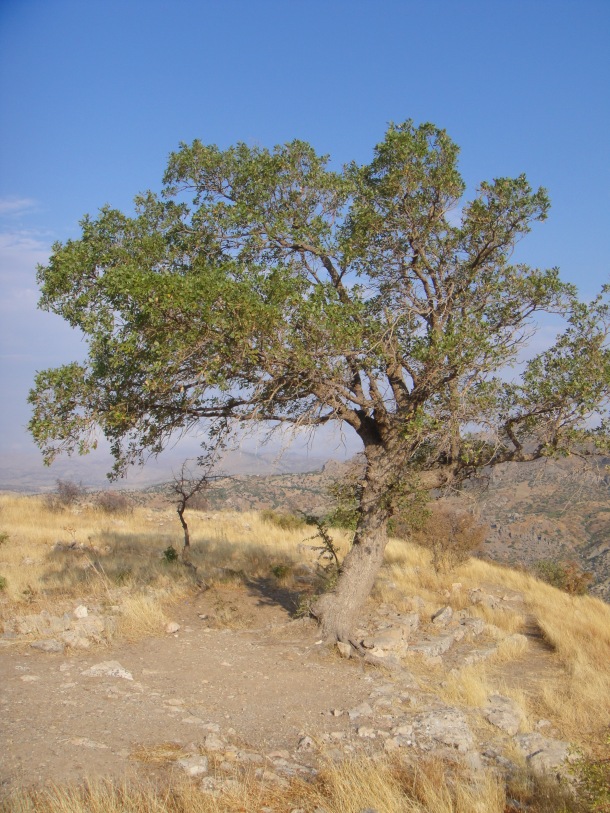 Perhaps a mile or so away from the area shown above is this bridge shown below. Although you can’t see it in this picture, high above the canyon behind this bridge are the remains of the ancient fortress of Arsemia. Its walls and parapets are still in good condition which is all the more remarkable given their precarious perch on the cliffs:

Leave a Reply to Ed B Cancel reply